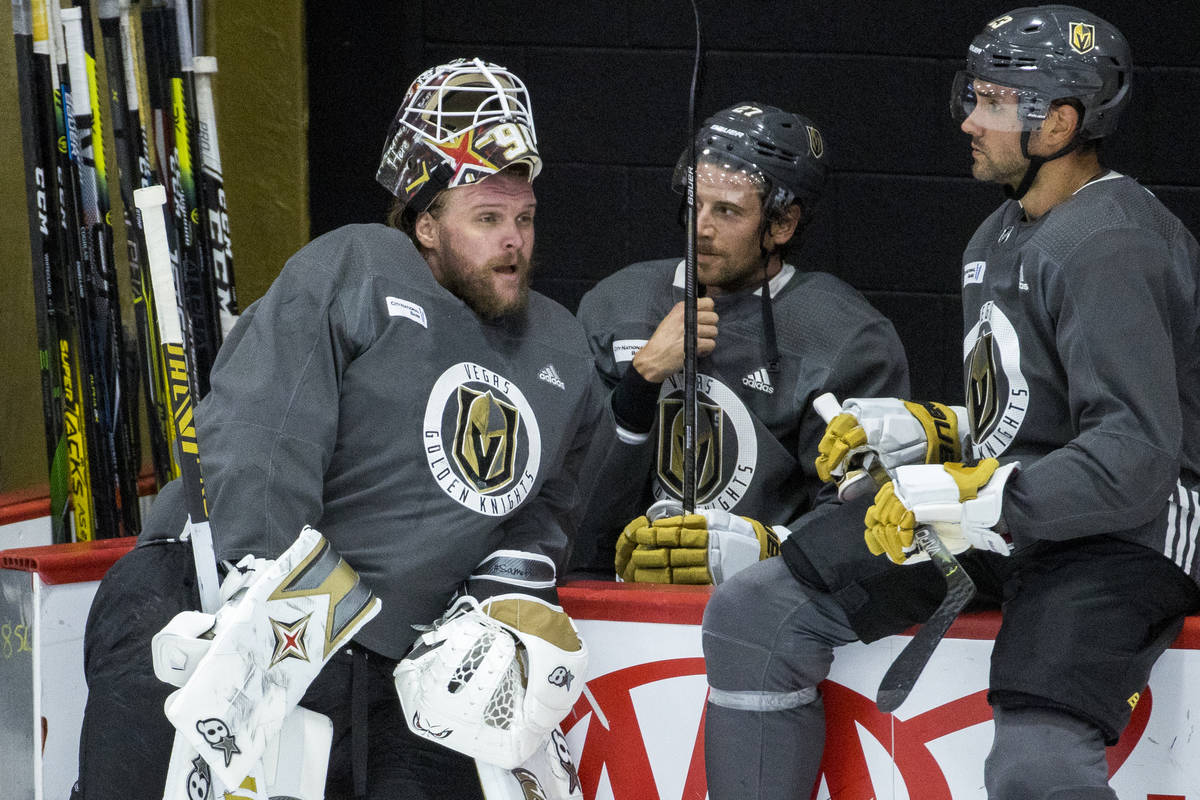 Golden Knights goaltender Robin Lehner on Friday responded on Twitter to the NHL’s denial of his claims about the league and players association’s handling of COVID-19 vaccinations and restrictions.

Lehner posted a screenshot of some of the NBA’s policy changes for vaccinated players with the caption “…. I just make things up I guess.” He accused the NHL and NHLPA of lying to players Wednesday.

Lehner said he was told players would have increased freedoms after being fully vaccinated. But after the Knights got their shots, the NHL and NHLPA, in the name of competitive balance, didn’t want to lift restrictions on individual teams until all teams have been fully vaccinated.

Lehner said during his comments Wednesday that NHL players were shown the NBA’s protocols to get a sense of what changes could be made. NHL deputy commissioner Bill Daly said no promises were made to players. Daly also told the league’s general managers in a meeting Wednesday not to expect any changes to the NHL’s policies through the end of the regular season, according to NHL.com.

The league recently dealt with a COVID-19 outbreak in Vancouver. Colorado returned from a COVID-19 related seven-day pause Thursday.

The NHL’s COVID-19 restrictions remain strict at a time when many other sports are loosening up thanks to vaccinations.

Players are largely confined to their homes, hotel rooms and ice rinks except for essential activities (like visits to the doctor) and emergencies. They are also tested for COVID-19 every day, including ones without any sort of team activity.

Those policies, for now, are the same for players who are fully vaccinated as they are for those who haven’t received a shot.

Fully vaccinated MLB players, by contrast, can gather without masks in hotel rooms, visit restaurants and get tested less often. They also don’t have to quarantine if they’re deemed close contacts of a player who tests positive.

The NBA’s policies are similar. Fully vaccinated NFL players will not have to undergo daily COVID-19 testing, according to a league memo Friday.

Lehner, who has been public about his struggles with mental health and substance abuse, argued Wednesday that the NHL should enact similar changes to improve players’ mental health. But it doesn’t seem as if any adjustments are imminent.

“I know because I’m living it, but particularly seeing firsthand what the players go through, it’s not easy,” Knights coach Pete DeBoer said. “It’s a lot tougher on some guys than others and not just Robin Lehner. There’s a longer list there that aren’t standing out in front talking about it that have struggled with it.”