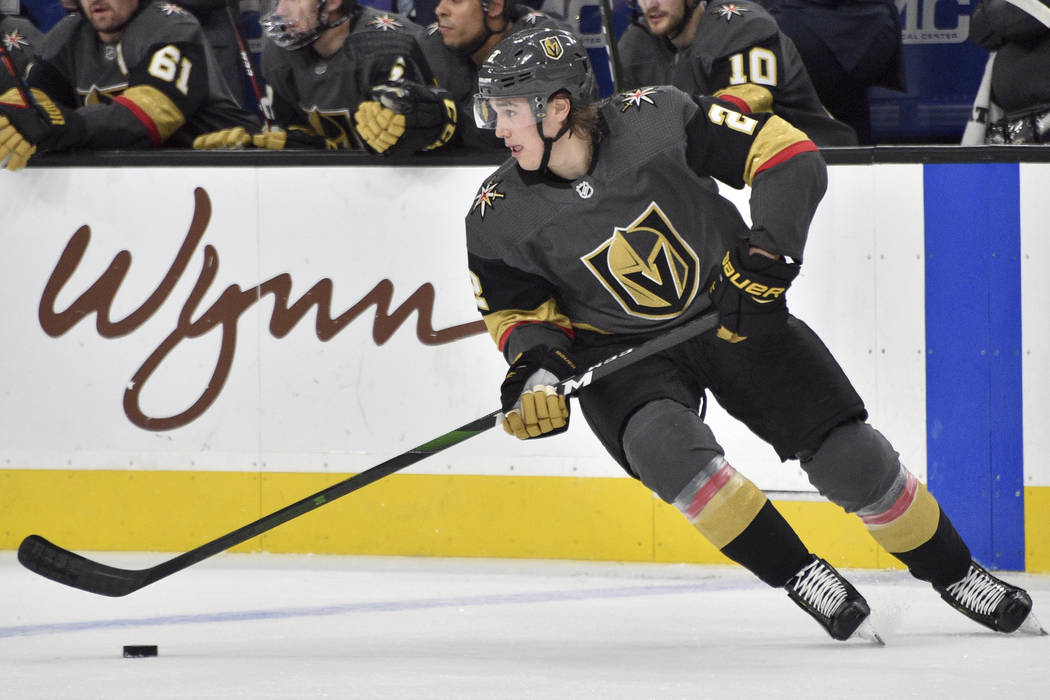 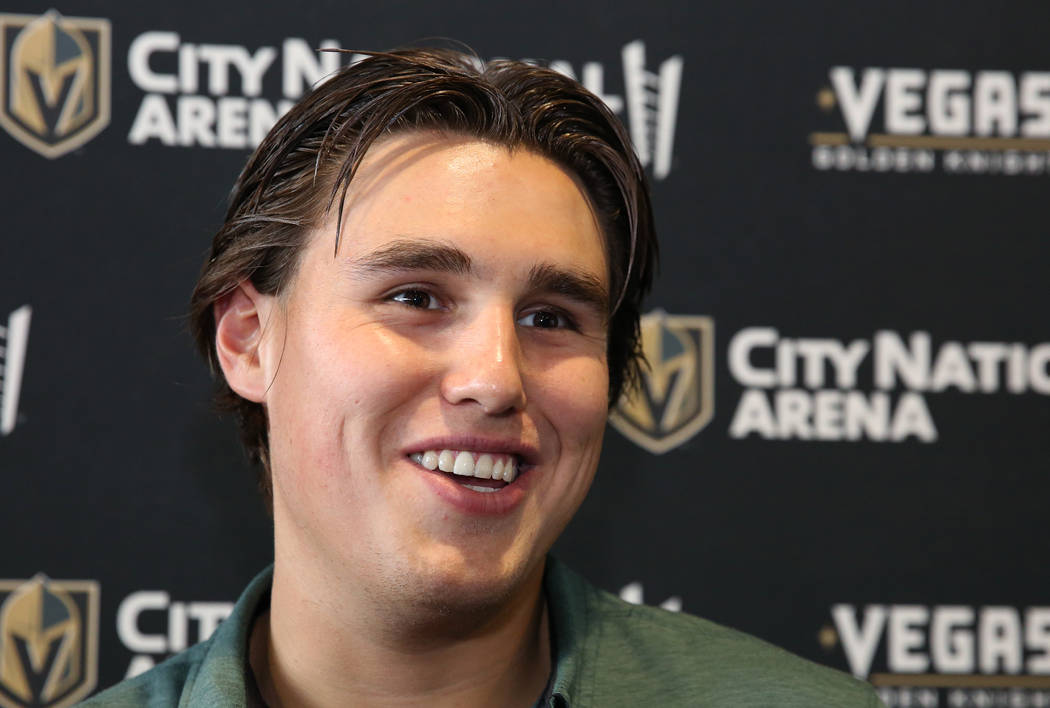 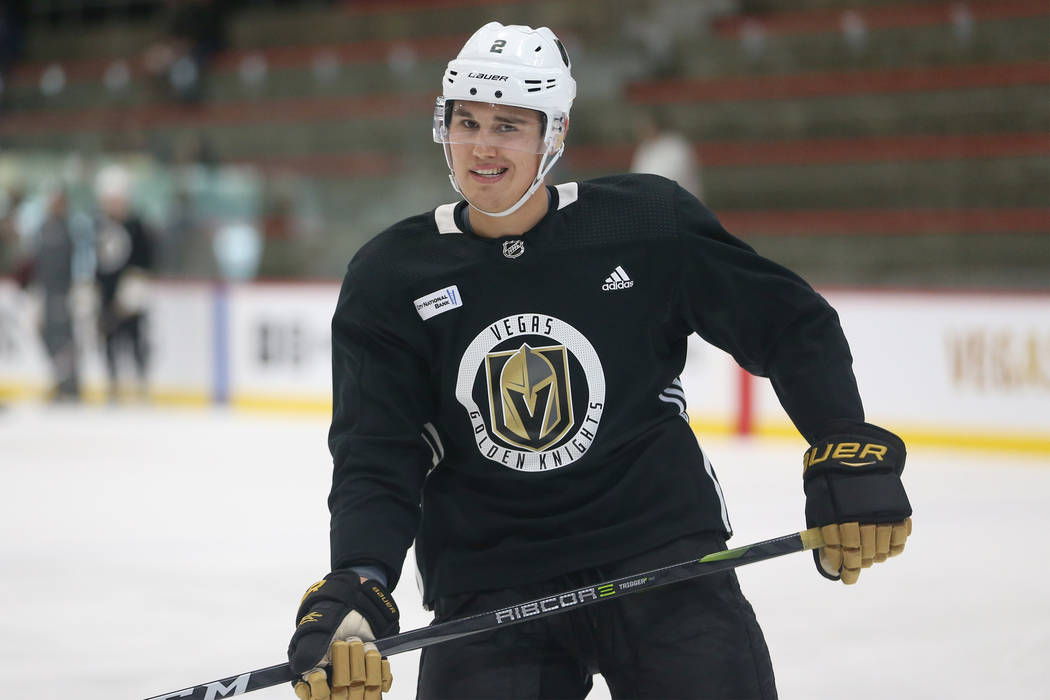 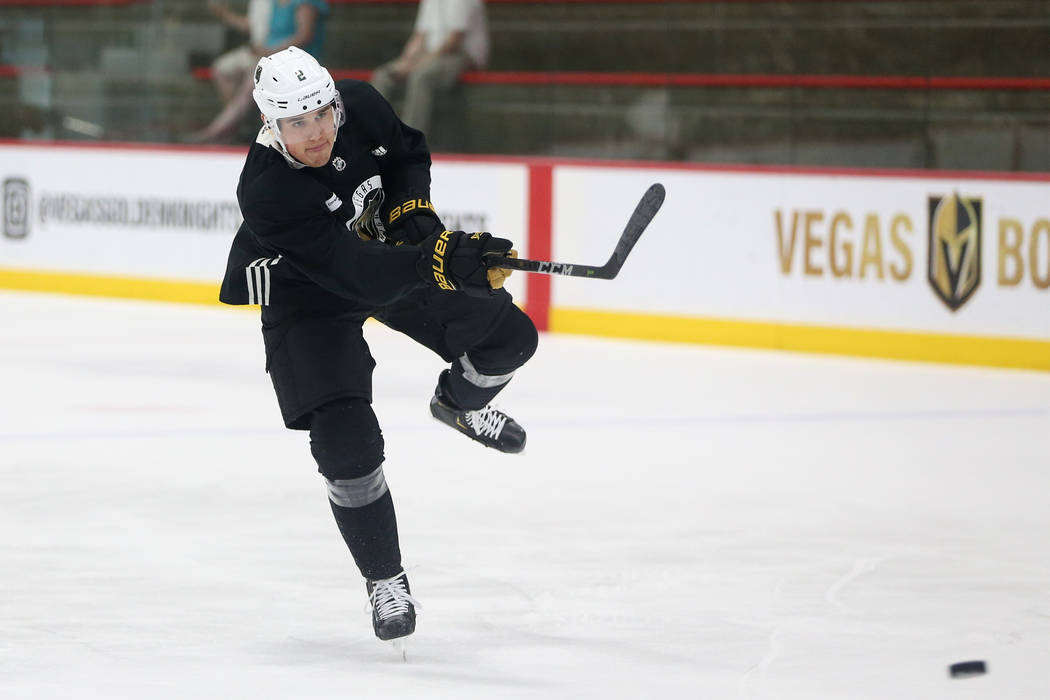 But the proof is in the ice time.

Whitecloud is coming off a season high for playing time and continues to gain the trust of DeBoer during his first extended stint in the NHL.

“Today’s game, you want to be able to make plays, and I think as a defenseman you have to be able to put the puck in the forwards’ hands as quick as possible and as efficiently as possible,” Whitecloud said. “As each game and each practice comes and goes, you start to get more comfortable with making those more critical decisions with the puck.

Prior to Saturday’s game against Carolina — his first in the regular season at T-Mobile Arena — Whitecloud’s season high in ice time was 13:51 against Tampa Bay on Feb. 4.

But the 23-year-old logged 13:54 through the first two periods of the shootout loss to the Hurricanes.

Whitecloud finished with a career-high 17:06 of ice time, despite taking a four-minute minor early in the third period and sitting out the final 7:54 of regulation as DeBoer shortened his bench.

Since being recalled Jan. 31, Whitecloud has not been on the ice for a goal against and owns a plus-3 rating through four games. The Knights have generated 63 percent of the shot attempts at 5-on-5 when the former Bemidji State standout is on the ice.

“He’s had a lot of times where he’s had the puck on his stick and usually I would’ve thrown it away when I was in my first year in the league,” defenseman Nate Schmidt said. “He’s played really well so far. He skates really well, too, which helps. He’s only going to evolve as the year continues. The way he’s playing, he can find himself carving out a role like that for a long time.”

Whitecloud’s emergence has come at the expense of defenseman Deryk Engelland.

The 37-year-old started to see his ice time decrease when DeBoer came aboard Jan. 15 and has been scratched the past four games as DeBoer and the front office get a longer look at Whitecloud.

Engelland’s 5-on-5 shot attempts percentage of 50.8 is the lowest among the team’s defensemen.

“You’ve got a great pro that has been a community ambassador here, one of the leaders on the team, arguably the captain without a wearing a ‘C’ here for the last three years. That’s always tough,” DeBoer said of Engelland. “Those are never pleasant, but coming in here fresh, we have to put the best group on the ice to give us a chance to win.”

Whitecloud is still looking for his first career NHL point, but his smart decision-making with the puck and tight gap against opposing forwards have stood out thus far.

”I view it as an opportunity to go in there and execute and do whatever I can to help the team win,” Whitecloud said. “I just want to do everything in my power to help going down the stretch. Keep on winning, keep executing the game plan and just do my part.”