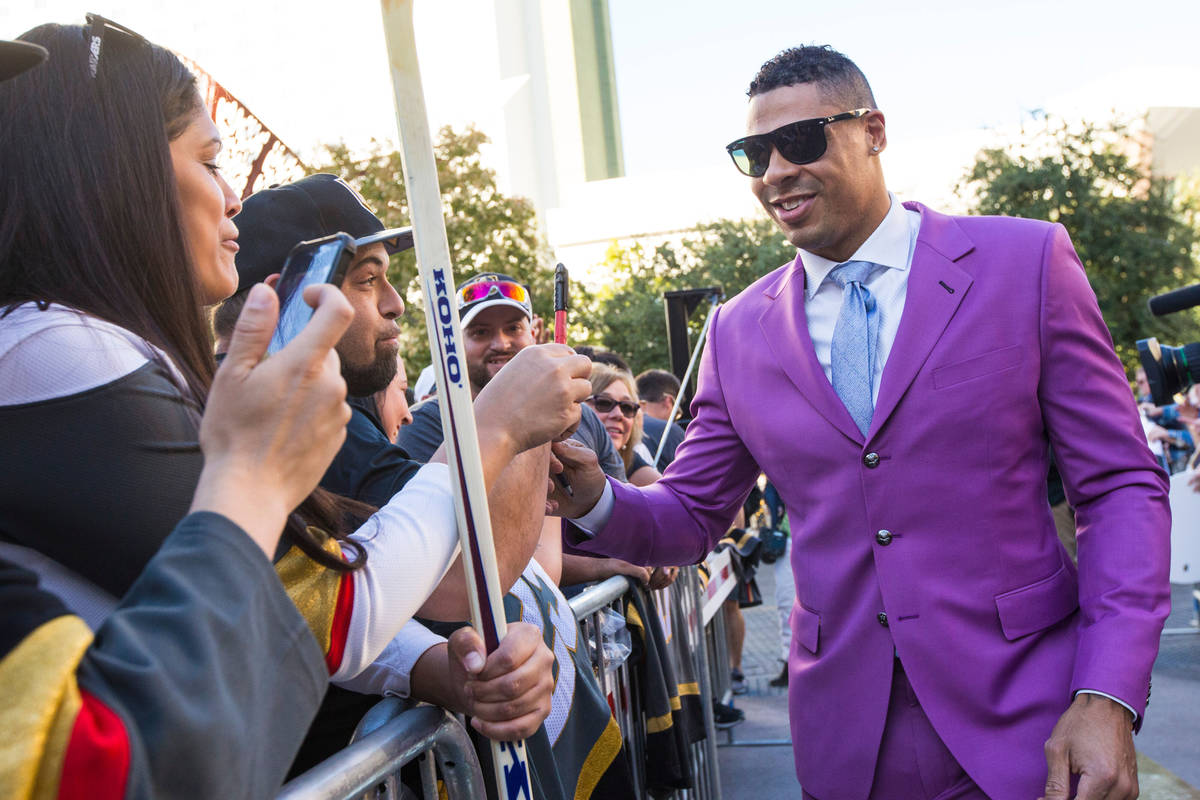 Ex-Golden Knights right wing Ryan Reaves posted a lengthy goodbye to Las Vegas on his Instagram account Friday one day after being traded to the New York Rangers for a third-round pick.

Reaves was one of the Knights’ most popular players despite being more renowned for his hits than his goal scoring. His bravado, toughness and community involvement won him plenty of fans after he was acquired from the Pittsburgh Penguins on Feb. 23, 2018.

Reaves had 42 points in 209 games with the Knights. He recorded 837 hits in his time with the team, 107 more than the next-closest NHL player.

His role started to diminish last postseason. He was a healthy scratch for four of the Knights’ last eight games. General manager Kelly McCrimmon, who coached Reaves in junior hockey, said the number of forwards the team has next year was a factor in the trade. He also said the Rangers had expressed interest in Reaves in the past.

Reaves, who had one year left on his contract, agreed to a one-year, $1.75 million extension with New York on Friday, according to ESPN and NHL Network analyst Kevin Weekes.

Reaves did acknowledge the business side of hockey can be “tough to handle” at times. He built a house in the Las Vegas and hoped to retire here when he’s done playing. He also worked hard to embed himself in the community. He started a brewing company, performed a wedding, became a water conservation spokesman and helped build a ball hockey rink in town.

He said his 7Five Brewing Co. will continue and he still plans to retire in Las Vegas.

“This is a great city,” Reaves said. “Great people, great fans, great community. I plan on coming back here when I retire for sure.”

Reaves saved his final thank you for the Knights’ players and staff, who he said “rejuvenated” his career.

“To everybody in the organization, all the players, I love you boys,” Reaves said. “I’d go to hell and back for you guys. … You brought me to one of the best cities in the world and I’m grateful for my time here. I always will be.”