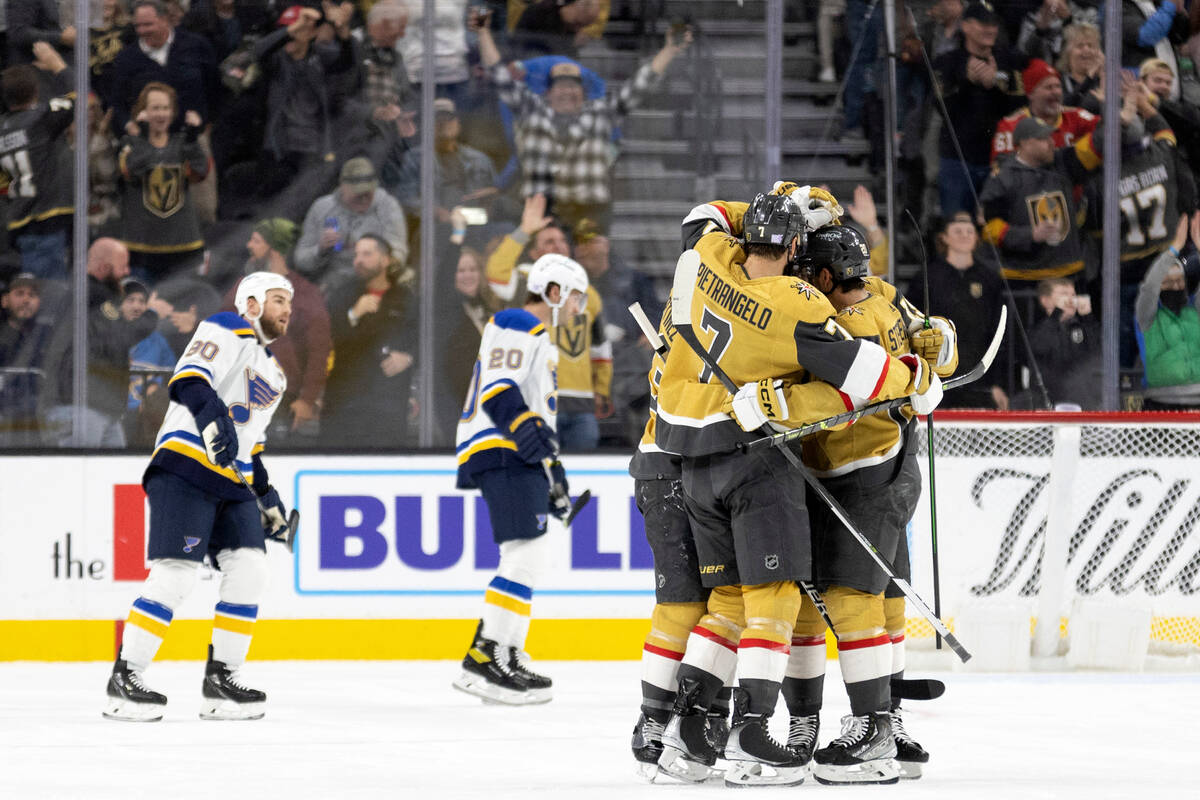 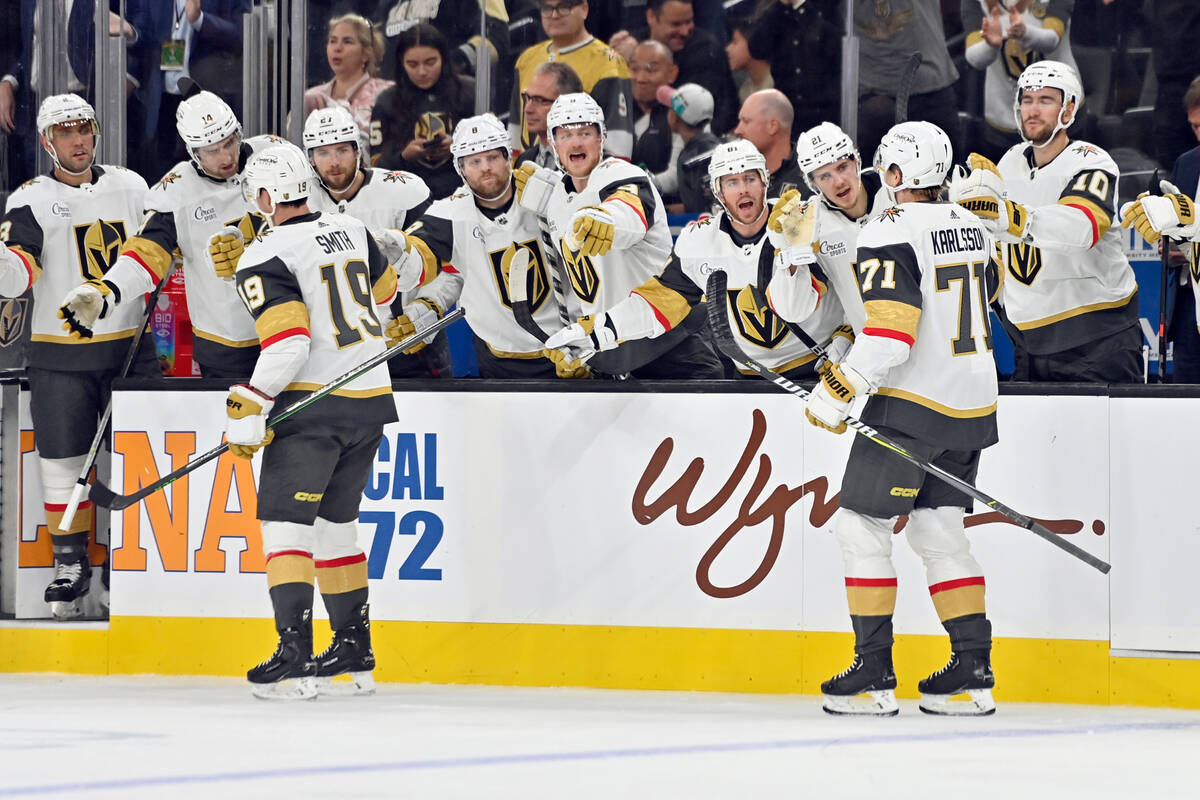 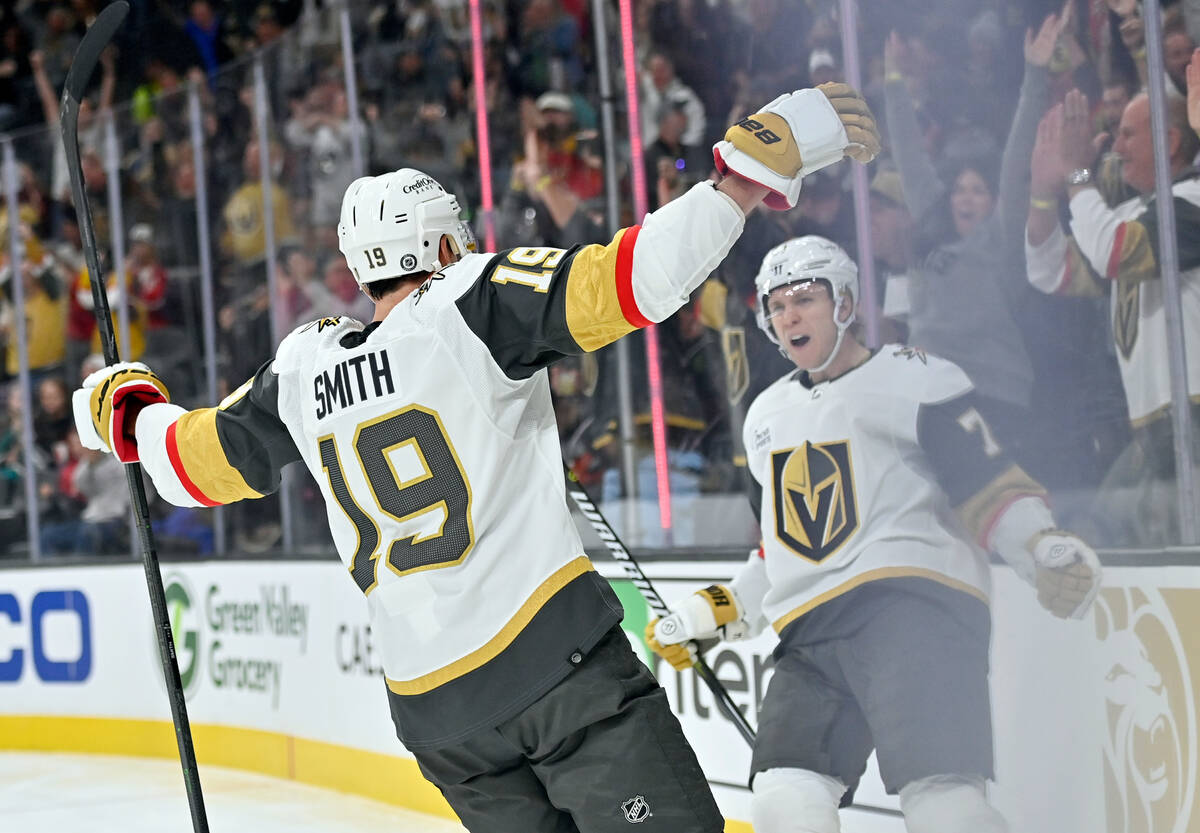 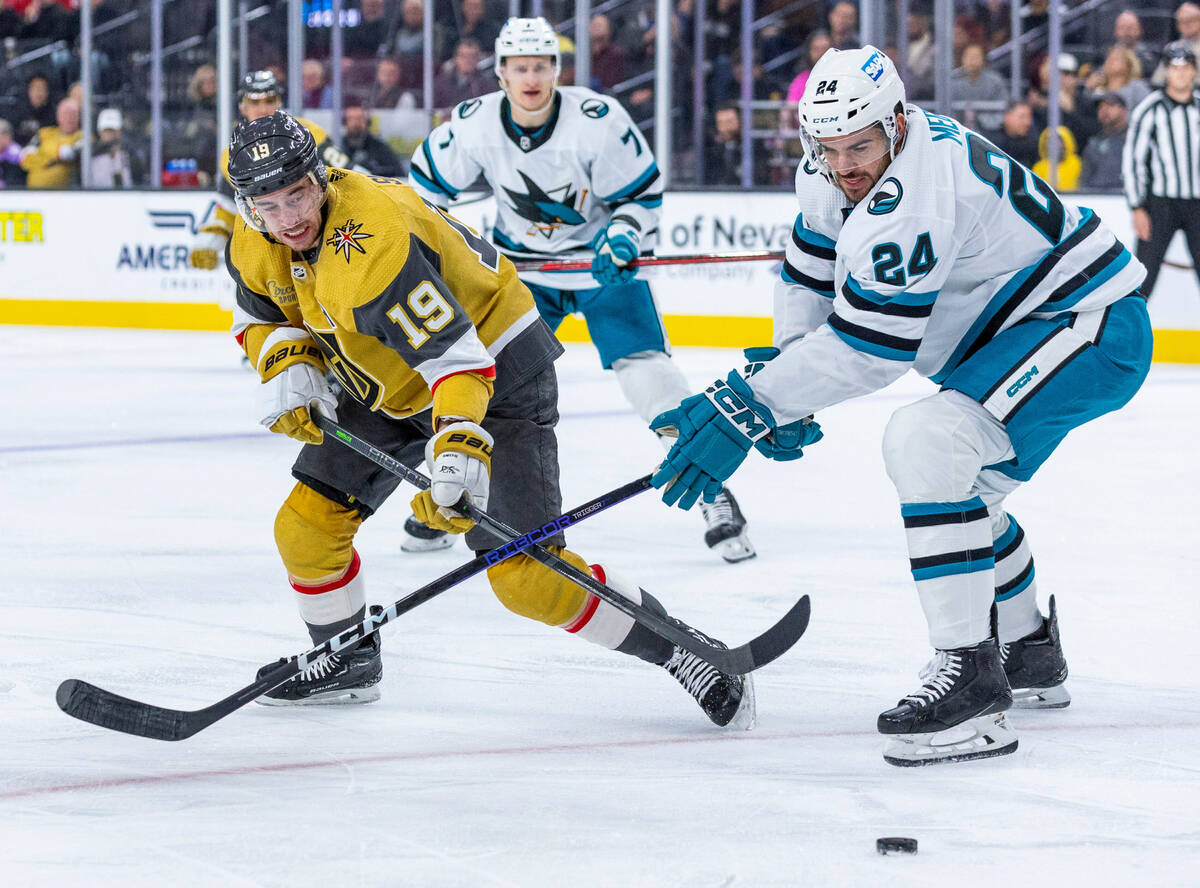 That’s how often Golden Knights left wing Reilly Smith said he goes over the boards on the penalty kill thinking offense. It doesn’t matter that his team is short a man and likely to spend significant time in its own zone. He’s looking for opportunities to strike.

It helps that Smith is one of the best players in the world at punishing power plays. His three short-handed goals lead the NHL. Only two other teams — Chicago and Dallas — have scored more on the penalty kill than Smith has on his own.

All that extra offense has come in handy for the Knights with their defense slipping this month, culminating in the team’s first two-game losing streak of the season. Smith’s importance to the penalty kill in particular showed up when he was whistled for tripping San Jose Sharks left wing Timo Meier with 3:45 remaining in Tuesday’s game.

Meier scored the game-winning goal with Smith in the box and unable to shine as a short-handed weapon.

“(Smith’s) just got a great IQ for when to attack,” coach Bruce Cassidy said. “He’s exposed teams when they’ve been in bad spots off recovered pucks or if they’re fatigued.”

Defenseman Alec Martinez, when asked what makes Smith so strong on the penalty kill, answered “his brain.”

Smith has played 703 games in his 12-year NHL career. He’s played 915 minutes in those appearances short-handed, or roughly more than 15 full games.

There isn’t a lot a power play can throw at him that he hasn’t seen. He’s able to anticipate passes and get in the right spots to break plays up. It helps that the majority of teams run a similar 1-3-1 setup anyway with one player by the net, one up top by the blue line and three spread out across the middle of the offensive zone.

It’s a system that has been successful — the Knights also run it — but it does have weaknesses. There is only one player back if the team on the penalty kill forces a turnover. That skater is often the only defenseman on the ice as well, with most clubs using four forwards on the power play.

“They’re all pretty offensive-minded,” Smith said. “They’re not thinking of coming back and helping defensively.”

Smith takes into account numerous factors when deciding whether to break short-handed.

First is how long he’s been on the ice. There are times when it’s better to head to the bench rather than exhaust himself skating all the way down the ice and back if he doesn’t score. How long his opponents have been out there is also a consideration. If the same power-play unit has been on the ice a minute or more, those tired skaters are far less likely to catch him.

Smith has to process that, how close the defenders are and whether any teammates can help him in a split second once a puck gets loose and the Knights get an opportunity short-handed. Then he has to actually execute and take advantage of the scoring chance. Usually he can, thanks to his speed, hands and shot.

The Knights have actually outscored teams 3-2 on the penalty kill with Smith on the ice this season.

“He’s a cerebral player, and he’s got the physical attributes to back it up,” Martinez said. “It’s not just knowing what play is going to happen. He’s got the feet to get there.”

That combination of smarts and skill is why Smith has 11 short-handed goals since joining the Knights, tied for the third-most in the NHL in that span behind Sebastian Aho and Cam Atkinson. His 19 short-handed points are the second-most behind Brad Marchand.

Smith is keeping that production up this season with Cassidy allowing the penalty killers to pressure opponents higher in the zone than they did previously. That’s leading to more turnovers. But more than scheme, it’s Smith’s instincts and mentality that make him such a scoring threat short-handed.

“We have the ability to do it,” Smith said. “First job is to kill the penalty, but if the opportunity arises, you should always go for it.”