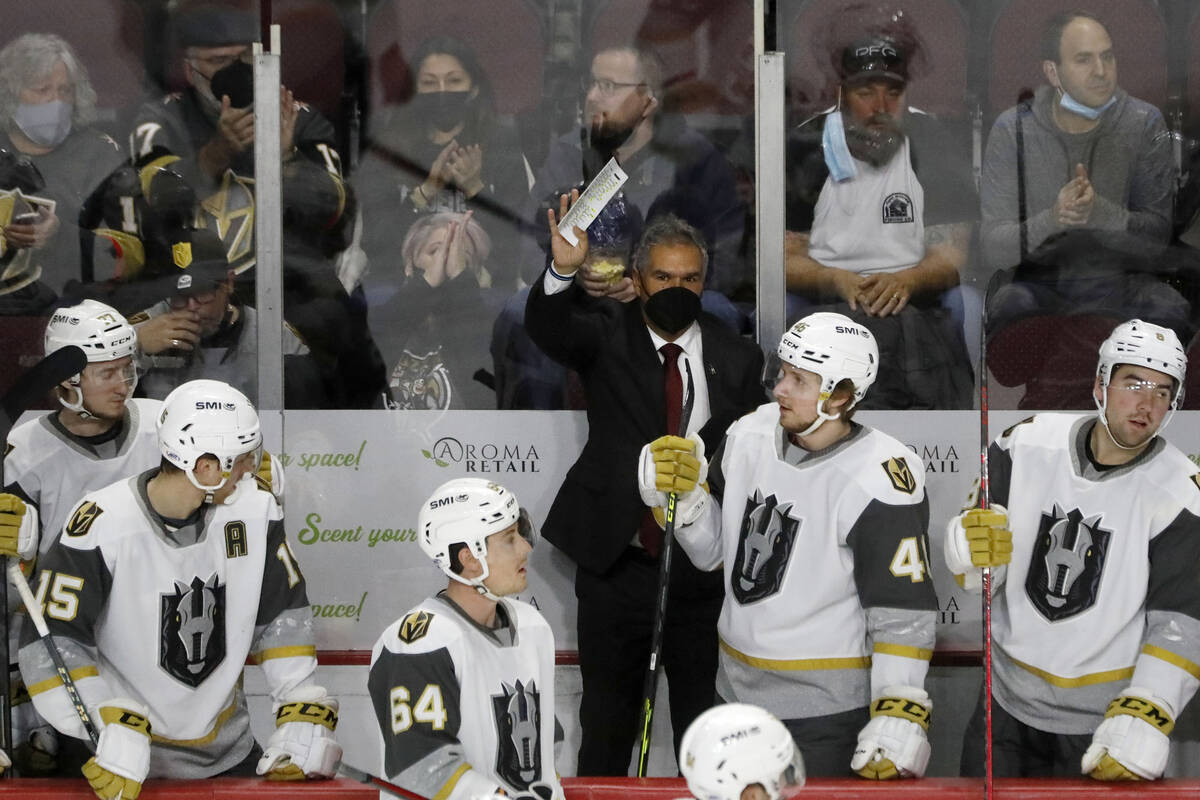 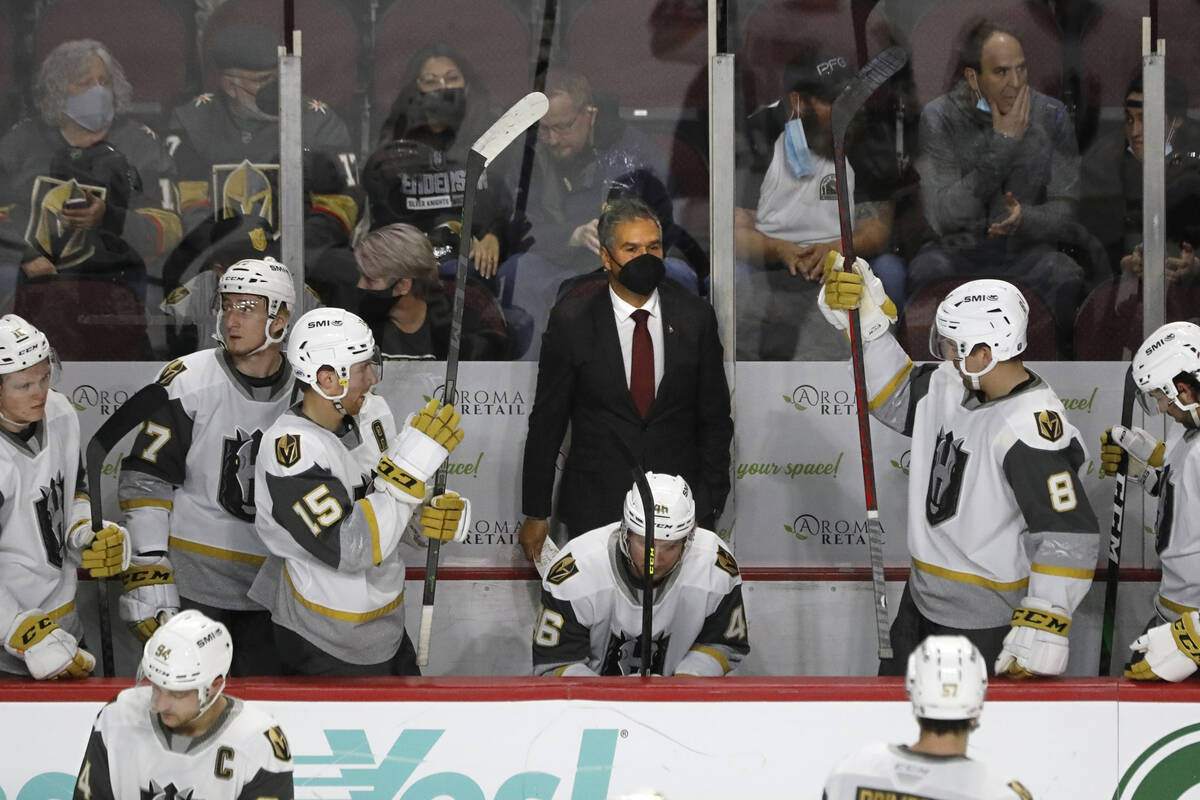 Henderson Silver Knights head coach Manny Viveiros is seen after he was introduced during the first period of a hockey game against Colorado Eagles, Friday, Jan. 28, 2022, at the Orleans Arena in Las Vegas. (Chitose Suzuki / Las Vegas Review-Journal) @chitosephoto 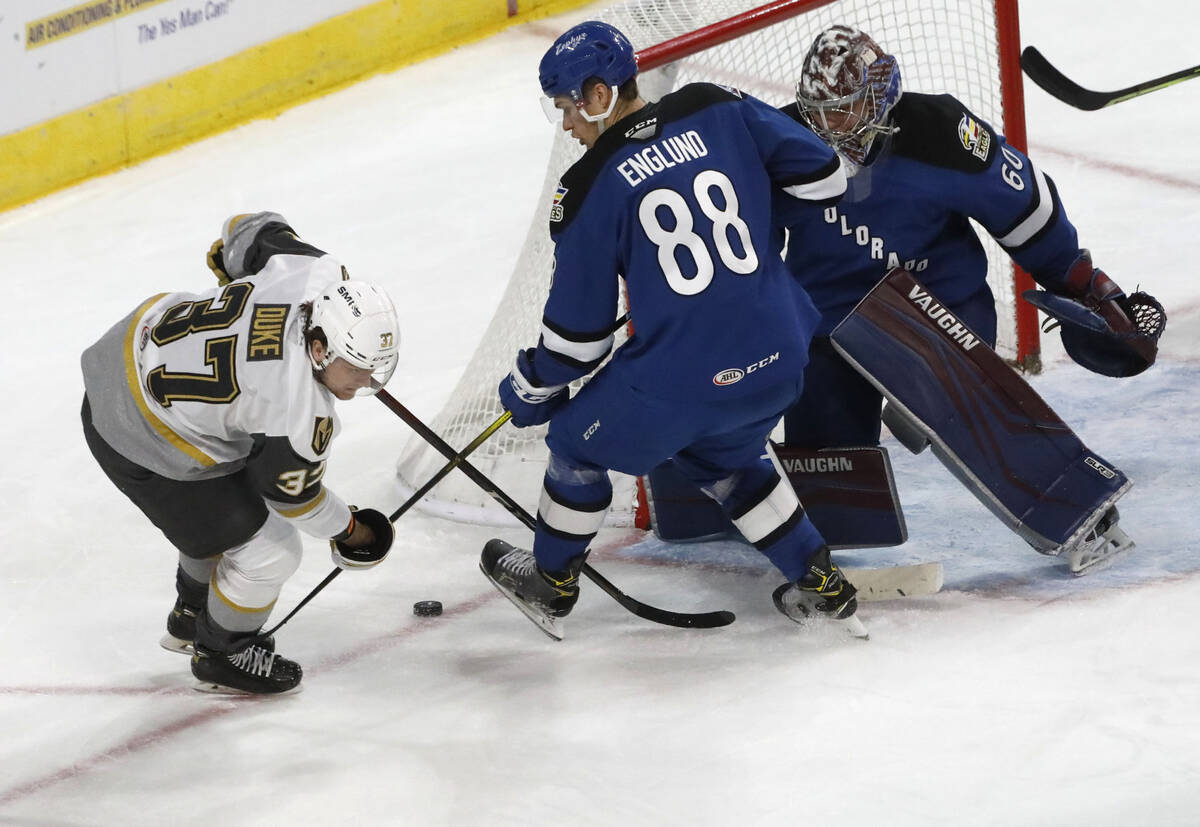 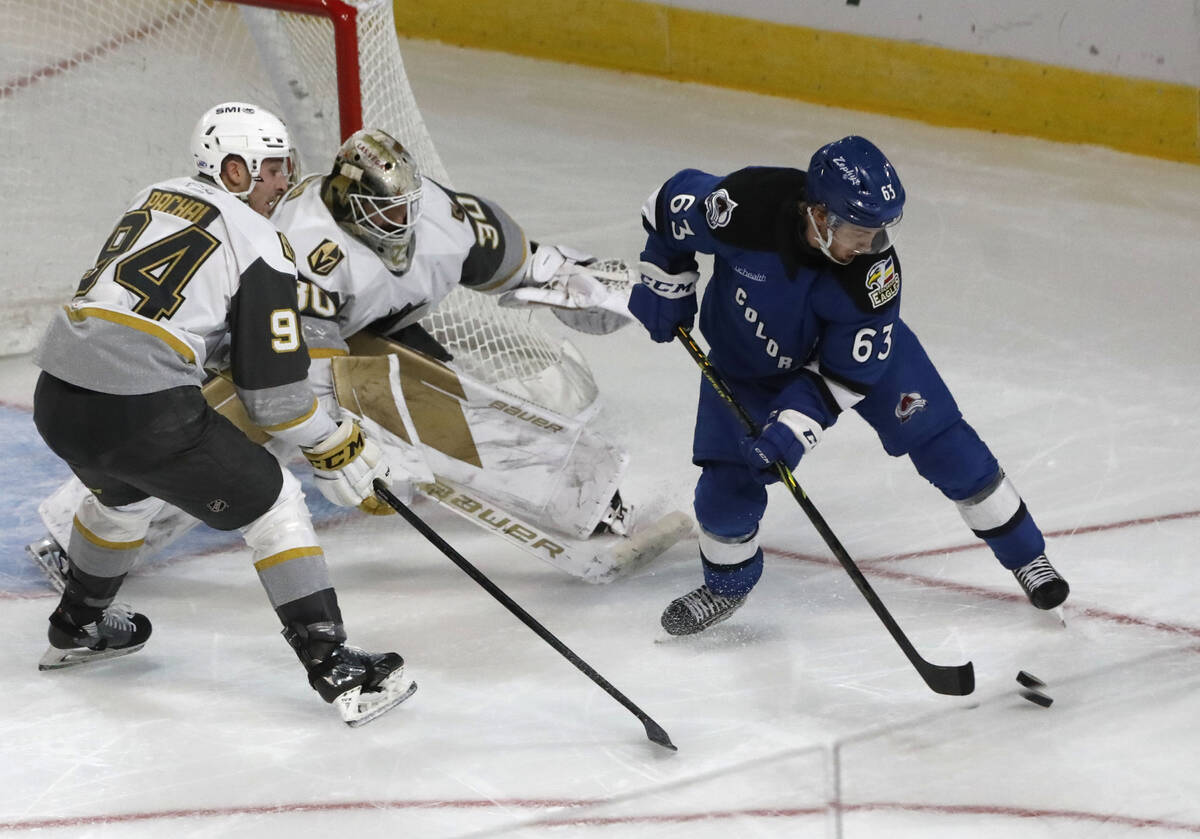 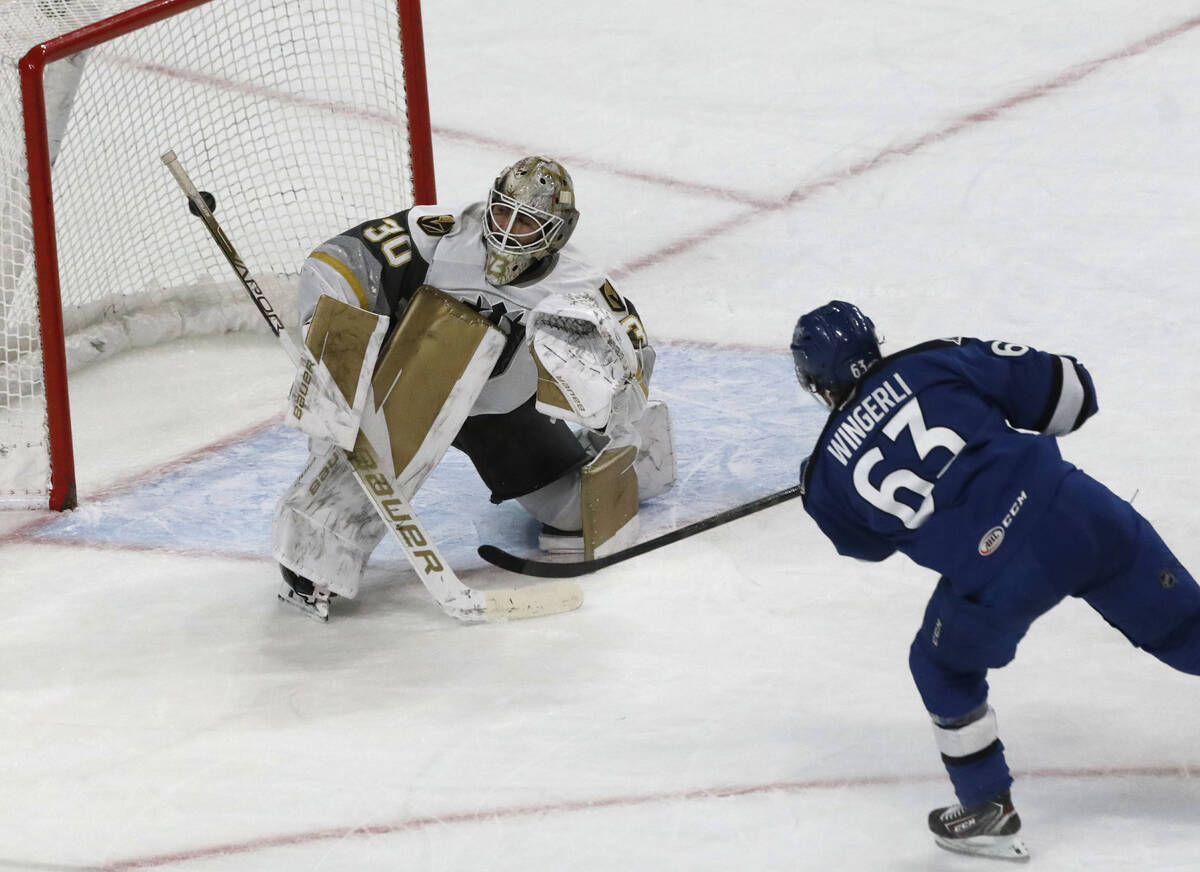 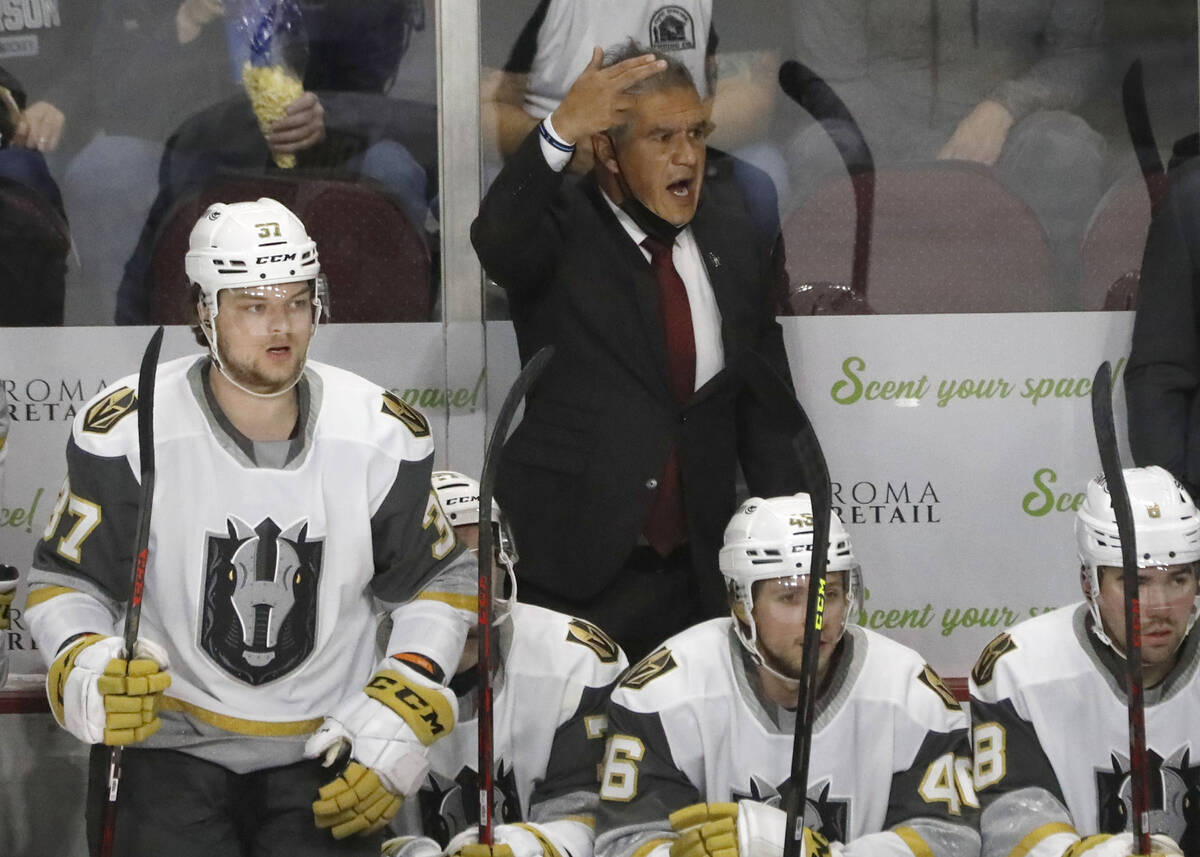 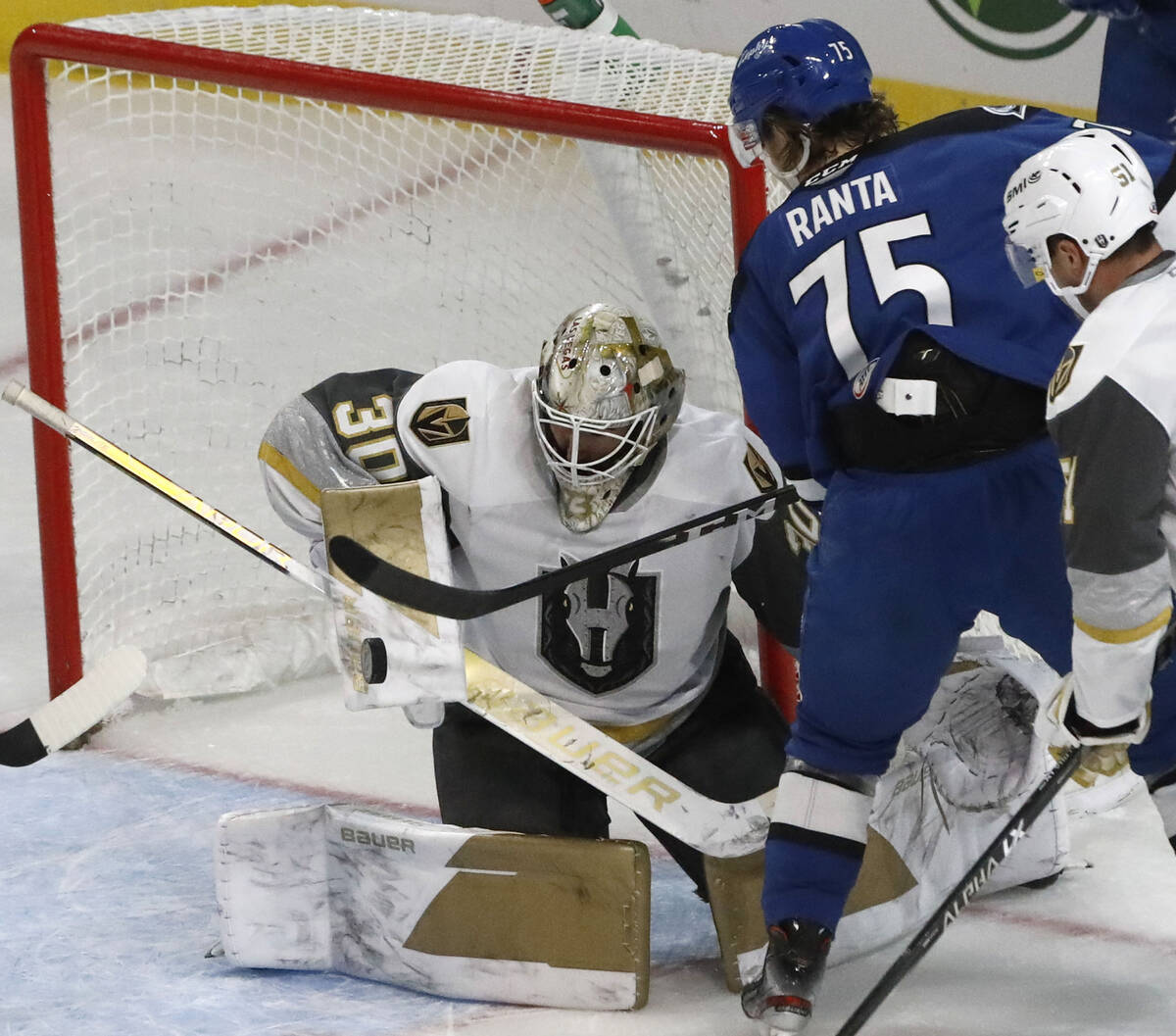 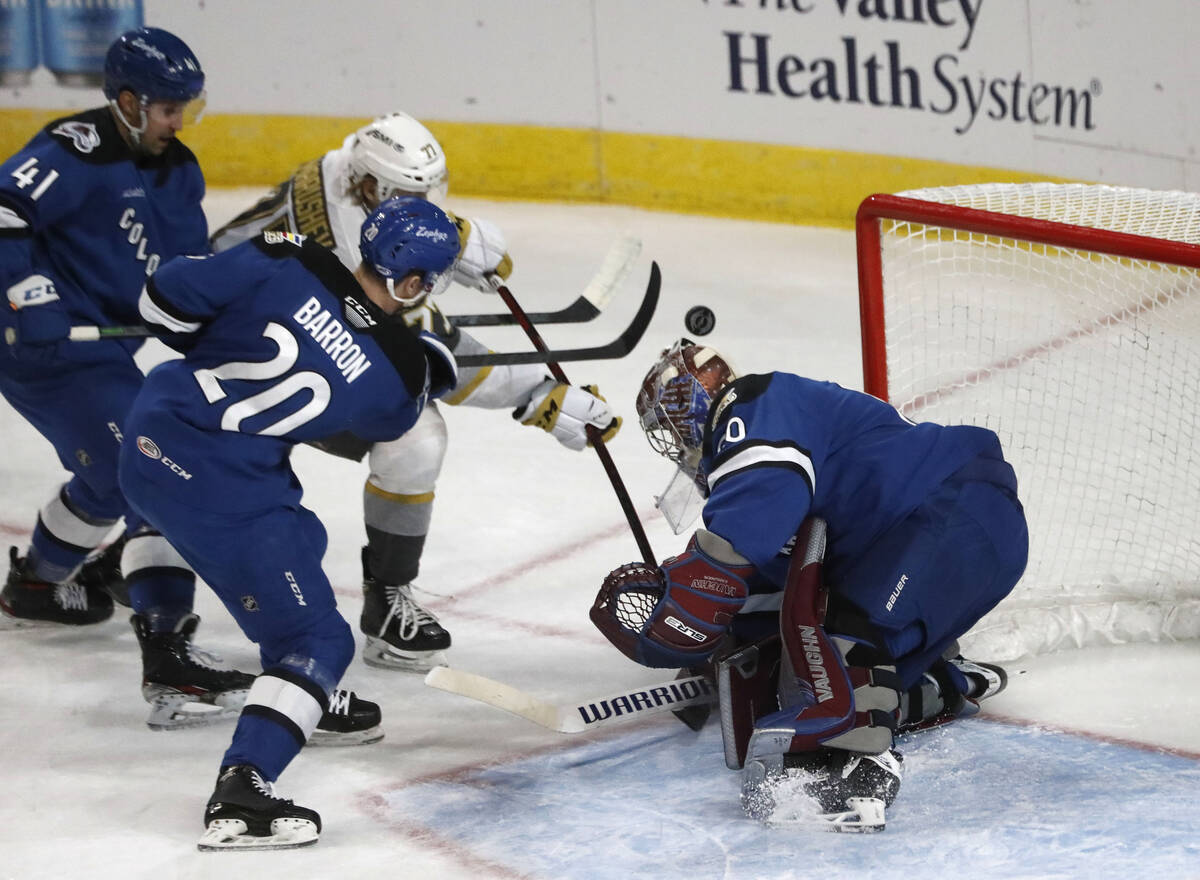 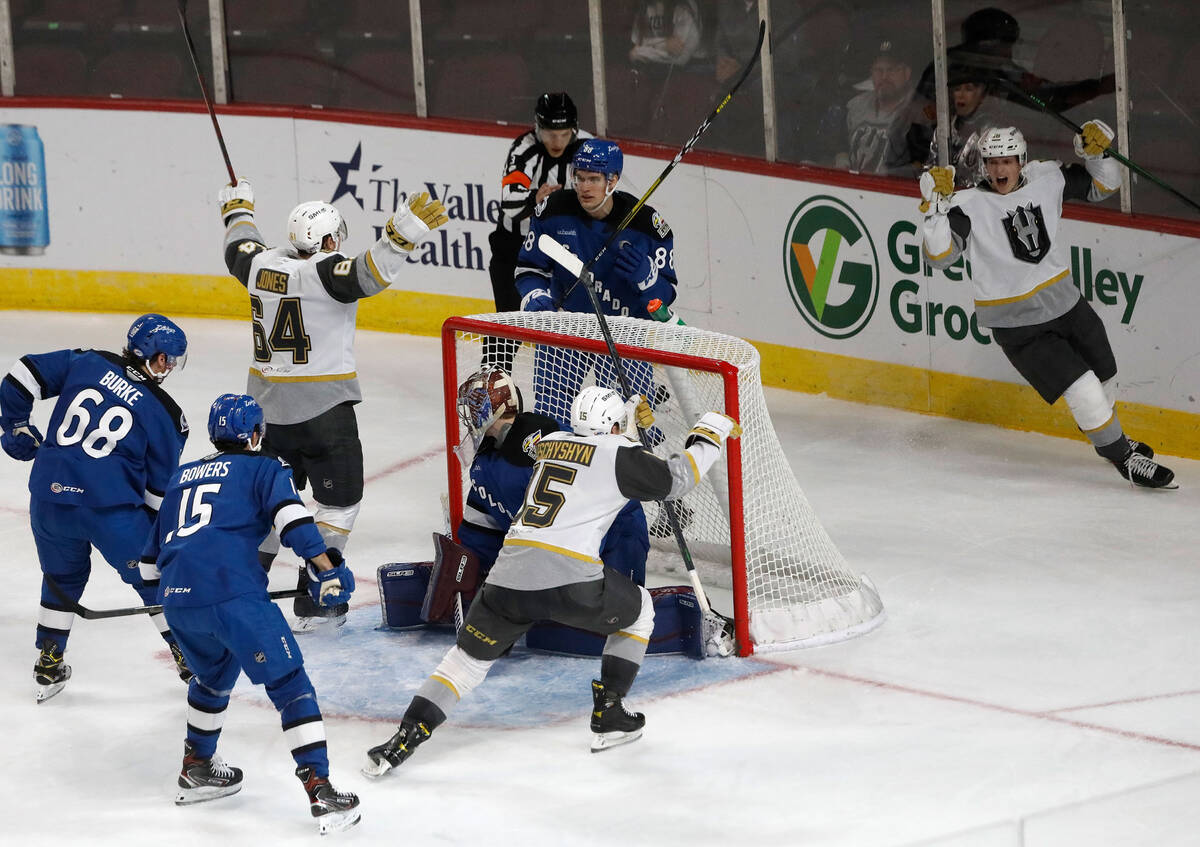 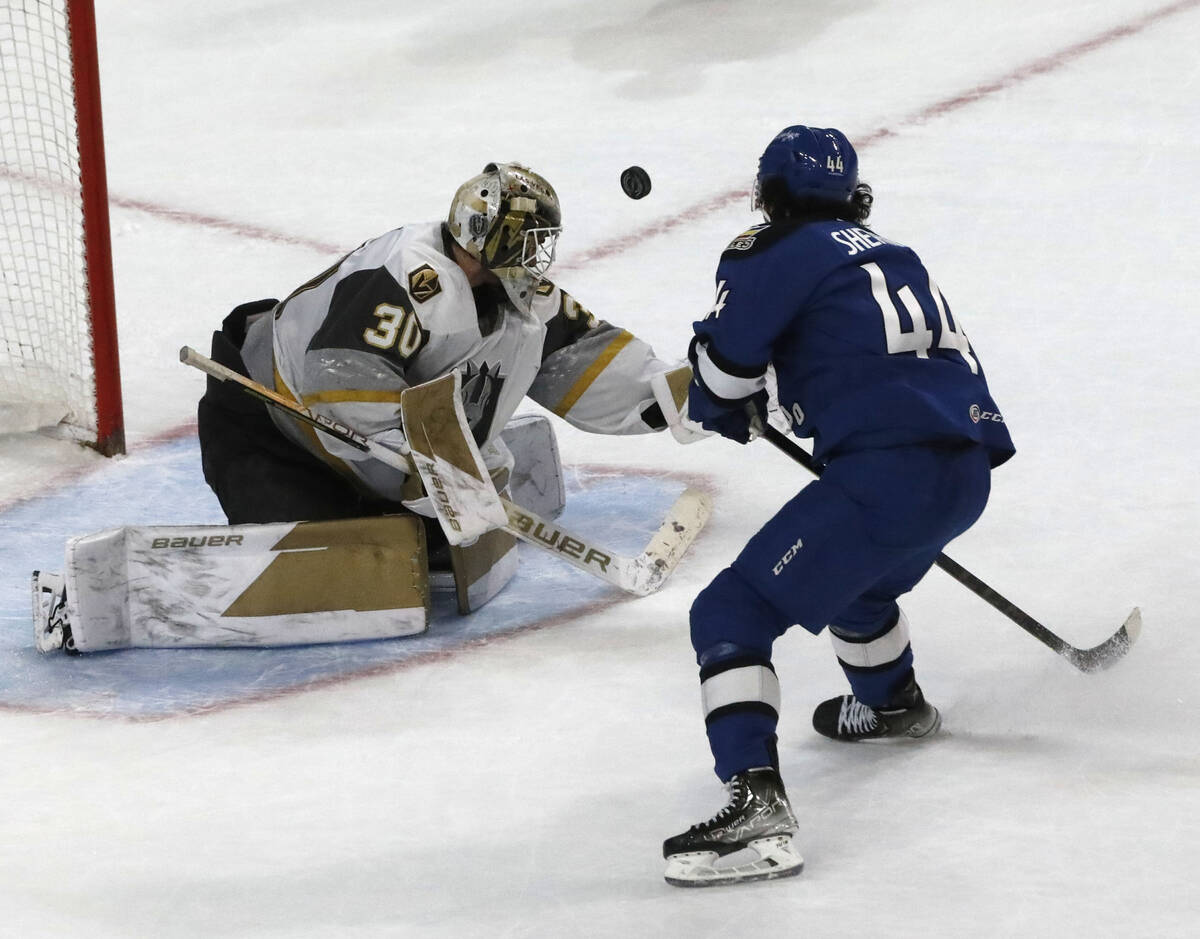 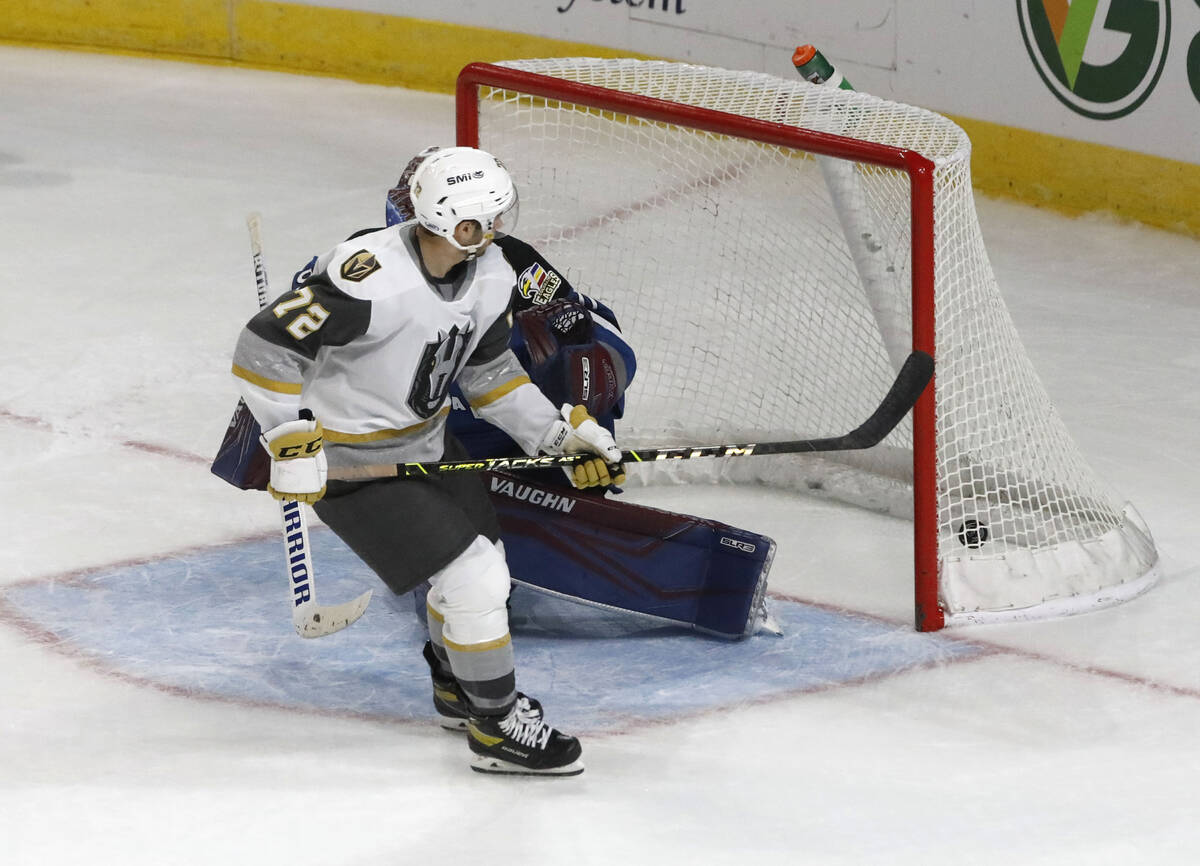 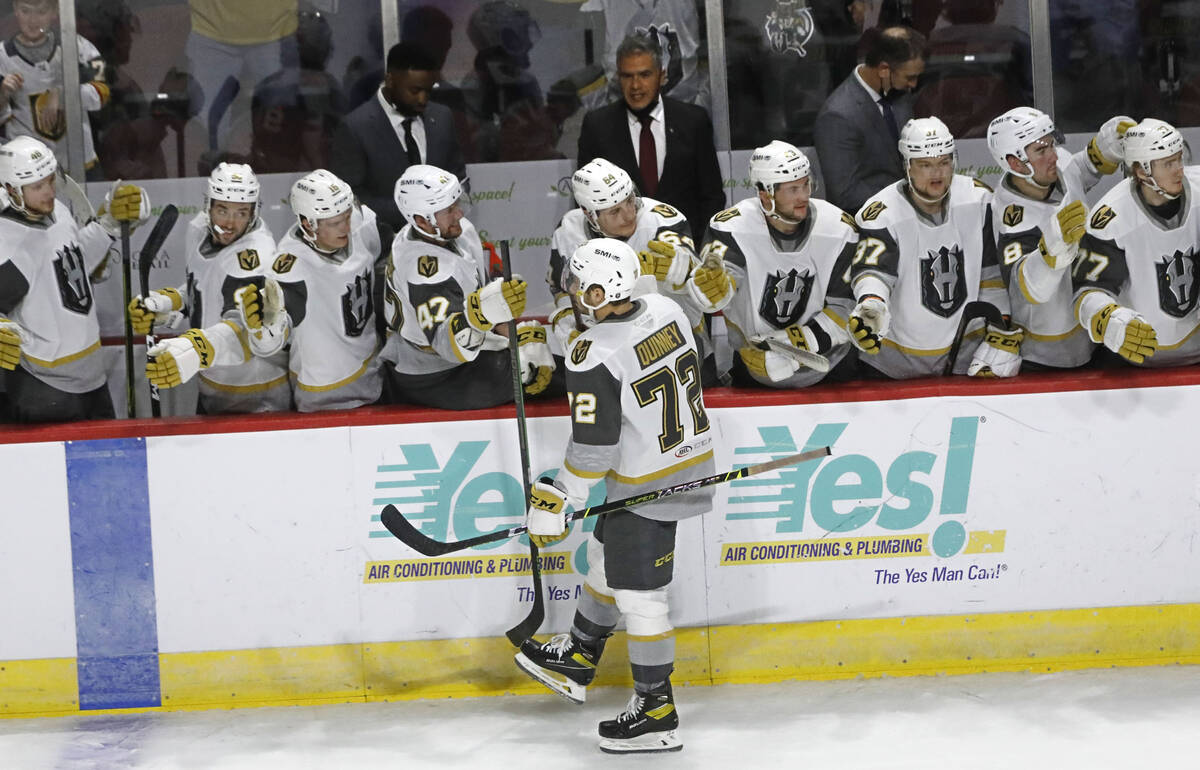 Manny Viveiros made his long-awaited return to the Silver Knights on Thursday after undergoing prostate cancer treatment.

It was a significant milestone for the Silver Knights’ coach, who received medical clearance to resume his job full time after taking his second leave of absence of the season.

That doesn’t mean it went smoothly.

“The players had to be wary of me on the ice,” said Viveiros, laughing. “I was so slow and so stiff from not being on the ice for a couple months.”

Of course, the players were happy to see him back on the ice no matter his conditioning. They also were excited to have him back behind the bench Friday against the Colorado Eagles.

Viveiros had been around the Silver Knights for a few weeks, watching games from above the ice. But getting the OK to get in the “trenches” again, as he called it, was huge.

“As a coach or as a player, you want to be right in those trenches, on the bench or on the ice with these guys,” Viveiros said. “I’m back there now, and I can’t think of a better place I’d rather be.”

Viveiros’ first leave of absence began Oct. 15 after a routine training camp physical led to his diagnosis. He was back behind the bench Oct. 29, but the plan was always for him to step away again in December for additional treatment. His second leave of absence started Dec. 7 and ended Thursday.

“He’s just a great human being,” left wing Sven Baertschi said. “You can tell ever since he’s gotten back, there’s just a little bit of extra juice in every single one of us.”

Viveiros is in his second season coaching the Silver Knights after leading them to the American Hockey League’s Pacific Division title last season. The team entered Friday fourth in the standings, but there’s hope it can start climbing with its coach back on the bench.

“We were all obviously devastated when we heard the news, and we really missed him,” center Ben Jones said. “We’re looking forward to having him there and hopefully going on a long run with him running the ship.”

■ Machine Gun Kelly will perform during the second intermission of the All-Star Game on Feb. 5 at T-Mobile Arena. It will air live on KTNV-13.

■ Limited tickets are still available for the skills competition Friday and the All-Star Game at VGK.io/allstar22, according to Knights president Kerry Bubolz.

■ Attending the skills competition and All-Star Game will be the same as going to a Knights game, Bubolz said. Masks will be required, but proof of vaccination will not.