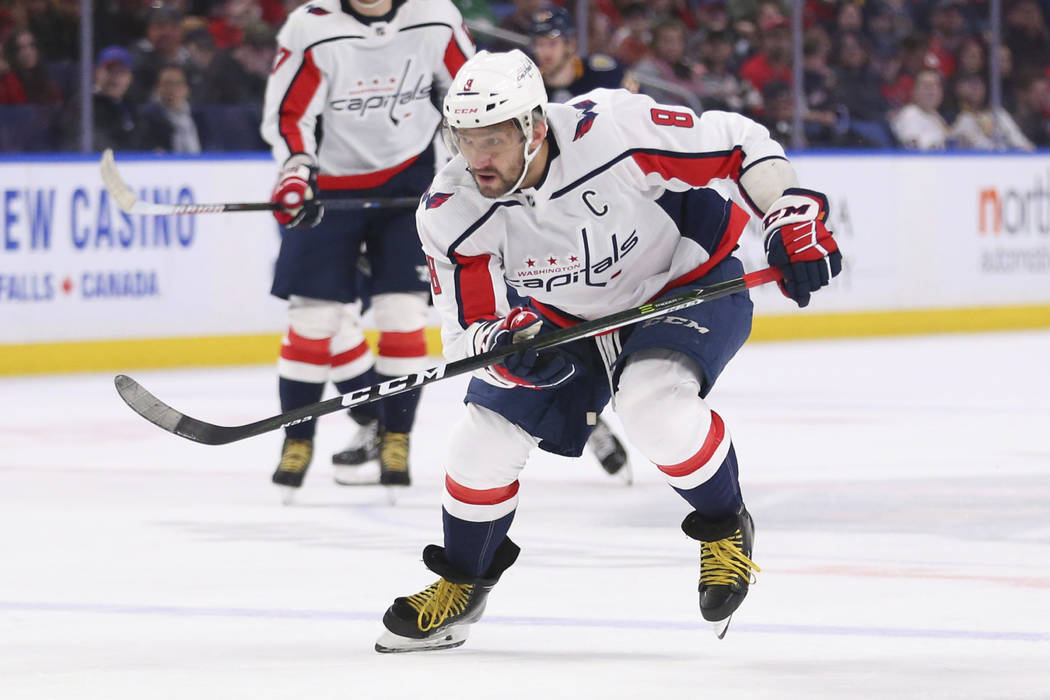 Remember the crunch of a hit? The whack of a slap shot? The cacophony of music, cheers and horn that followed a puck going into the net?

It’s gone away for now, but it’ll be back — sometime. There’s no telling when in the midst of the global coronavirus pandemic. There’s no telling when or how of even if the 2019-20 season might resume. Even if it doesn’t, it was still an incredible year, full of heartwarming stories, breathtaking skill and a zamboni driver who captured the imagination.

Here are five moments to keep people feeling warm (or cold?) as they wait for hockey to return:

The names atop the NHL’s goal-scoring race were fairly familiar this season.

David Pastrnak. Auston Matthews. Alexander Ovechkin (more on him in a bit).

But Mika Zibanejad swooped in to crash the party. The New York Rangers center ranks fifth with 41 goals, and he’s played 11 fewer games than anyone in the top four.

He’s been unstoppable, with 75 points in 57 games. No game better illustrates that than March 5.

Zibanejad scored five goals that night — including two in the third period and the overtime winner — to defeat the Washington Capitals 6-5. He became only the seventh player in the last 25 years to score five goals in a game, and the third in Rangers history.

Thanks to efforts like that, the Rangers were only two points out of a playoff spot when play halted Thursday.

The Nashville Predators goaltender received a Chicago Blackhawks dump-in behind his net with 27 seconds left, his team leading 4-2. And he decided to go for it.

With no one near him, Rinne lined up his shot and flung the puck from behind the goal line. It landed just inside the offensive zone before skimming safely into the Blackhawks’ empty net.

Suddenly, Rinne was an instant legend, the 12th goaltender to score a regular-season goal and the first since 2013. He was also the fifth-oldest player —at 37 years and 67 days — to score his first career goal. Old goalies can learn new tricks, apparently.

Ottawa Senators left wing Bobby Ryan was known for his expensive contract before this year. Then he was known for taking a leave of absence in November to take part in the NHL/NHLPA player assistance program.

Now maybe he’ll be known as the guy who fought his way back.

And Ryan showed them what true perseverance looks like.

The hockey world stops on a dime for few things. Emergency goalies are one of them.

Everyone waited with bated breath to see how 42-year-old Toronto Marlies Zamboni driver David Ayres would do when pressed into service by the Carolina Hurricanes on Feb. 22. The answer: Quite well.

Ayres stopped eight of the 10 shots he faced from the Toronto Maple Leafs in 28:41 to become the first emergency goaltender in NHL history to register a decision — a win. He provided a key two points for the Hurricanes in their chase for a playoff spot and sent Canada’s largest city into panic mode.

Not bad for a guy more used to resurfacing the ice than skating on it.

1. The “Great Eight” stares down “The Great One”

The best part of this story is that it’s not over.

The coronavirus may slow down Ovechkin’s pursuit of Wayne Gretzy’s goal-scoring record, but it won’t stop it. Oveckin made that clear this season when he scored 48 goals —tied for the league lead — in his age-34 season.

This year erased almost any doubts that the Capitals’ captain will be able to maintain his elite scoring ways for the foreseeable future. His shot is unstoppable as ever. He’s stills surrounded by great talent. The sky appears to be the limit.

Ovechkin ranks eighth all-time with 706 goals. He’s 188 away from Gretzy’s record and the chase should only heat up in coming seasons. The Russian star has been incredibly durable — he’s missed more than four games only once in 15 years — so the coronavirus may only be delaying the inevitable.