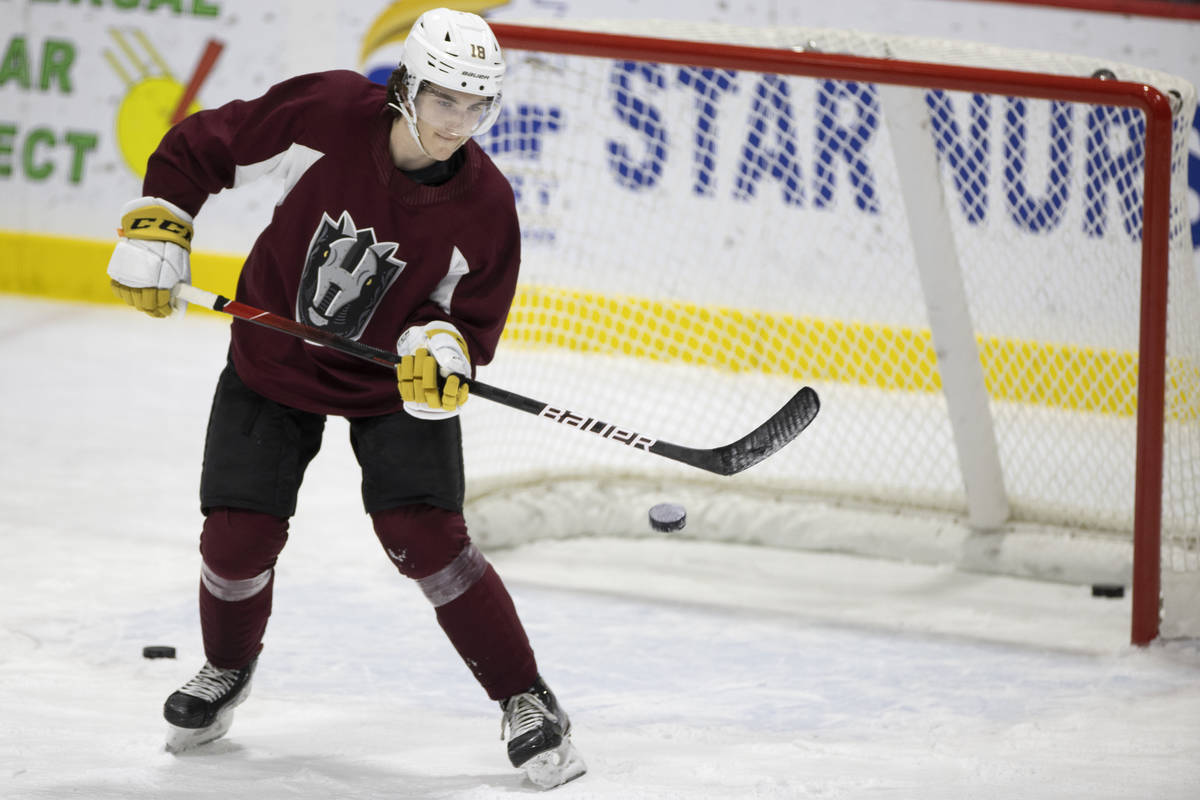 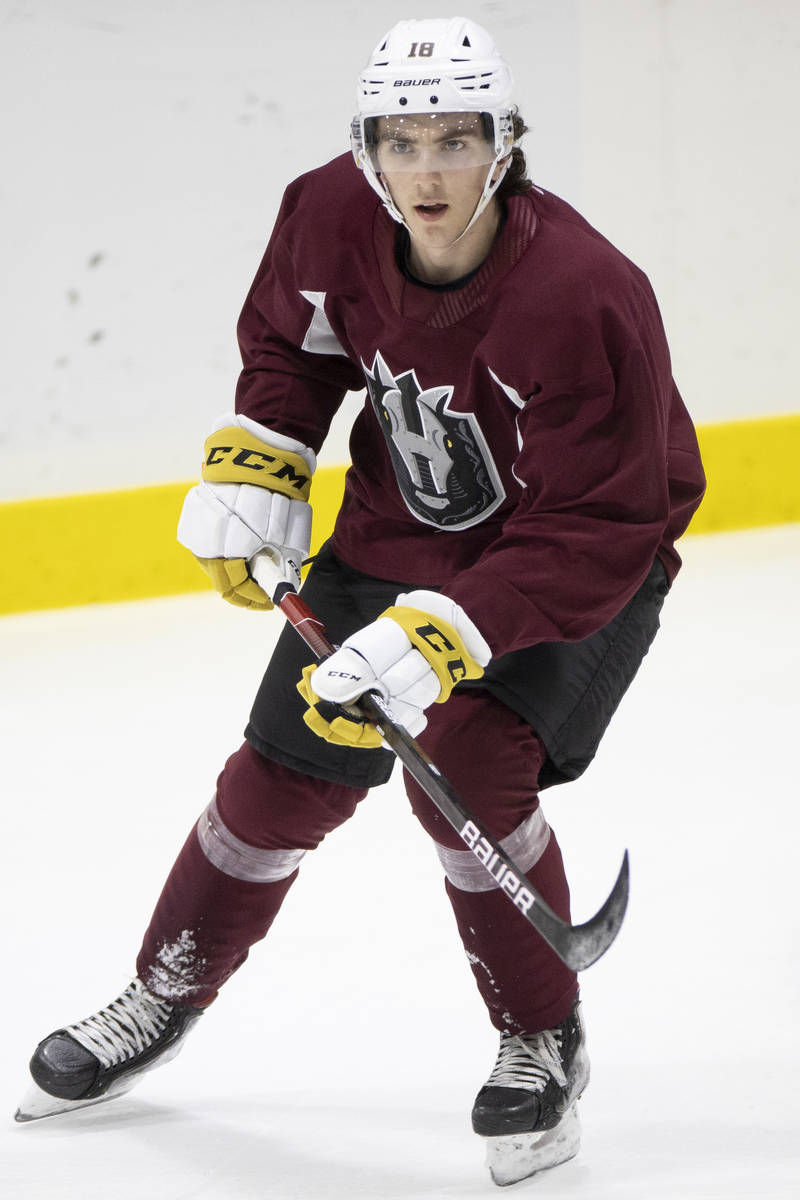 The Golden Knights gave up two draft choices at the trade deadline to add a bit of secondary scoring before the playoffs.

There’s another player who could help in that area, and Peyton Krebs won’t cost a thing.

Krebs, 20, is proving to be a step above the competition in junior hockey, and general manager Kelly McCrimmon said it’s not out of the question that the 2019 first-round pick might contribute for the Knights this postseason.

“As he’s continued to develop over the year, and again, gets back on his feet in pro hockey with Henderson, it’s completely a possibility that he could be a factor for our team in the playoffs,” McCrimmon said.

Krebs is skating with Winnipeg of the junior Western Hockey League and leads all skaters with 29 points (nine goals, 20 assists), one ahead of 15-year-old phenom Connor Bedard.

On Monday, Krebs picked up an assist and extended his points streak to 15 games. He filled in as a defenseman in two of those games and posted two goals and four assists, including a four-point effort April 7 against Moose Jaw.

The only game Krebs hasn’t registered at least one point was Winnipeg’s opener in the hub at Regina, Saskatchewan.

“He’s been arguably the best player there from the reports that I’ve heard from people watching the games,” McCrimmon said.

Krebs’ junior team is scheduled to complete the regular season April 27, and the WHL has not announced its plans for the postseason. According to McCrimmon, there are ongoing discussions whether to hold a short playoff after the 24-game schedule concludes.

The NHL’s agreement with the Canadian Hockey League, which oversees the WHL, required Krebs to return to his junior team if he was not on the NHL roster.

Once Winnipeg’s season wraps up, Krebs will be assigned to Henderson of the American Hockey League. Before the start of the WHL hub, Krebs was permitted to play for the Silver Knights and posted five points (one goal, four assists) in five games.

“From there, you then get a pretty good feel to just where he’s at,” McCrimmon said. “Before he left to go to Winnipeg, I felt he was a really important player on HSK. Really liked his game. Coaches were extremely happy with his play there.”

The AHL regular season is slated to finish May 16. The start date for the Stanley Cup playoffs is undetermined after the regular season was extended to May 16.

Knights center Cody Glass was assigned to the Henderson Silver Knights on Tuesday.

Glass played one game for the Silver Knights before being called back to the NHL. He has 10 points in 27 games for the Golden Knights.