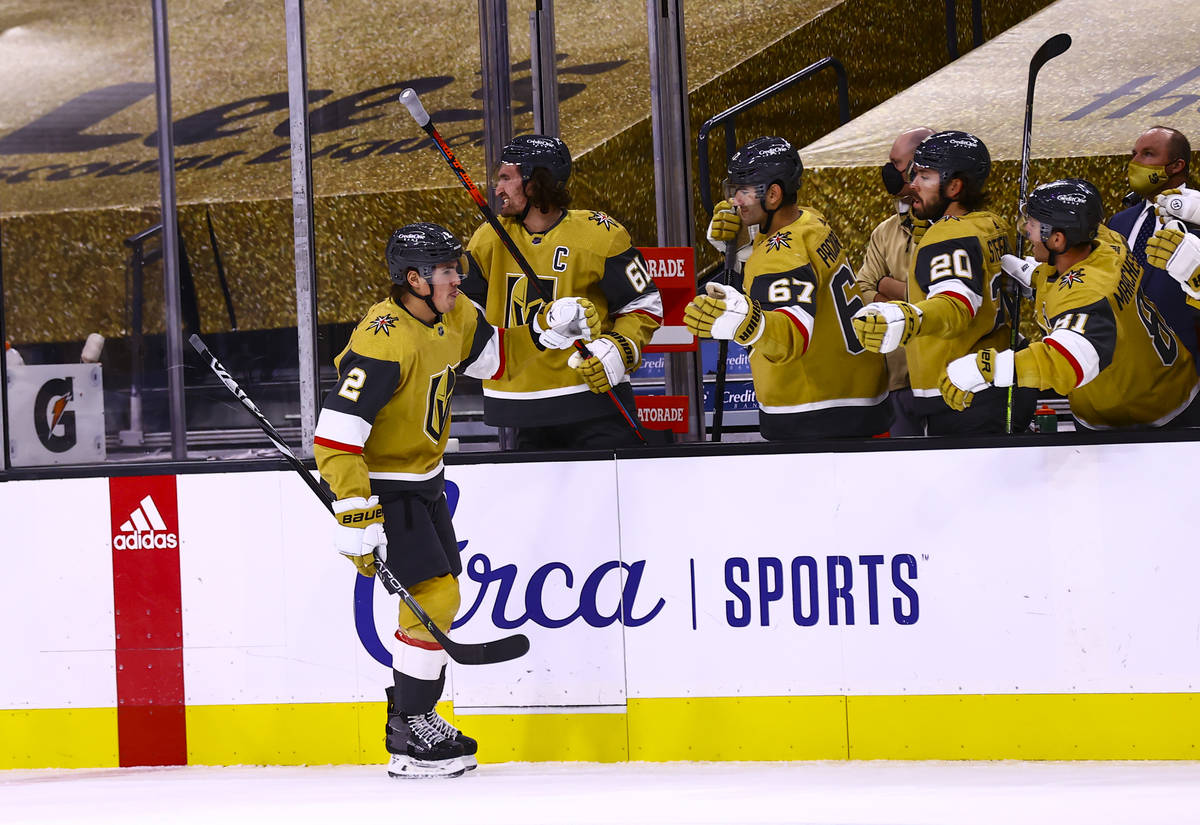 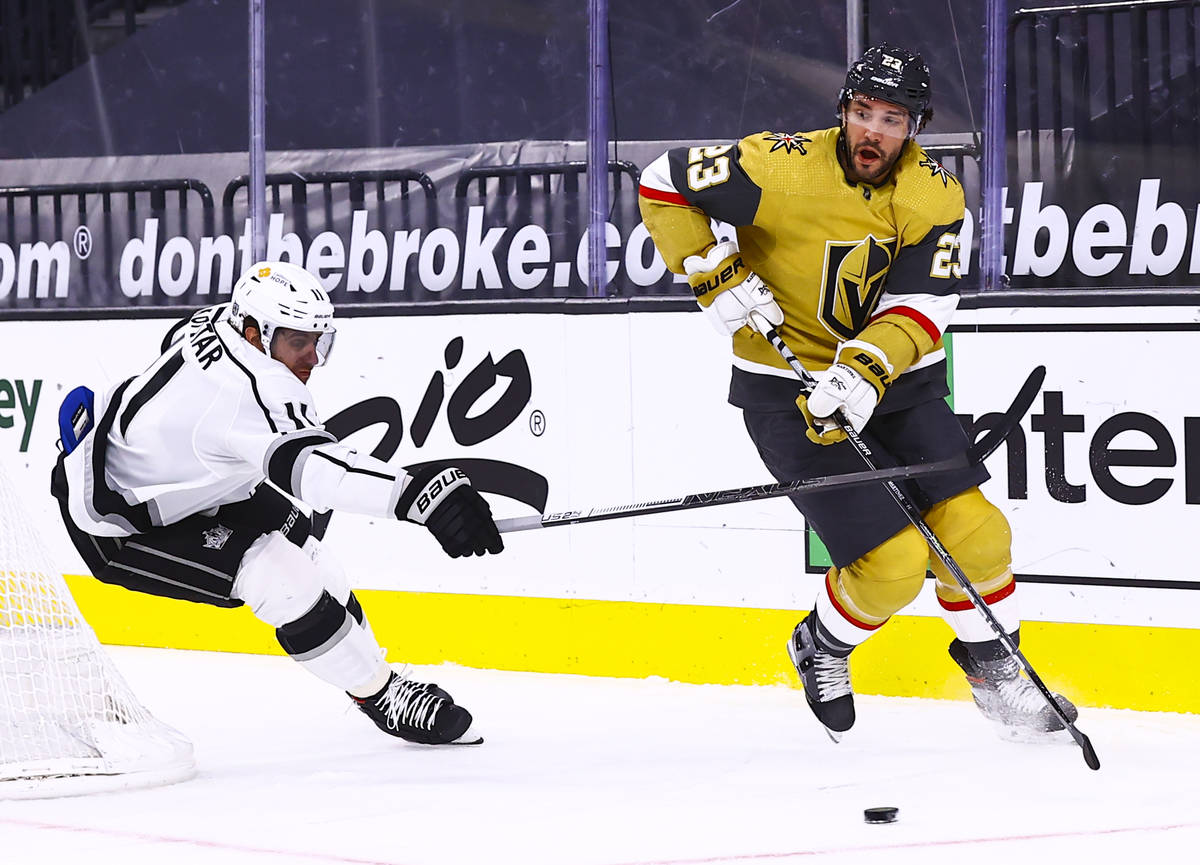 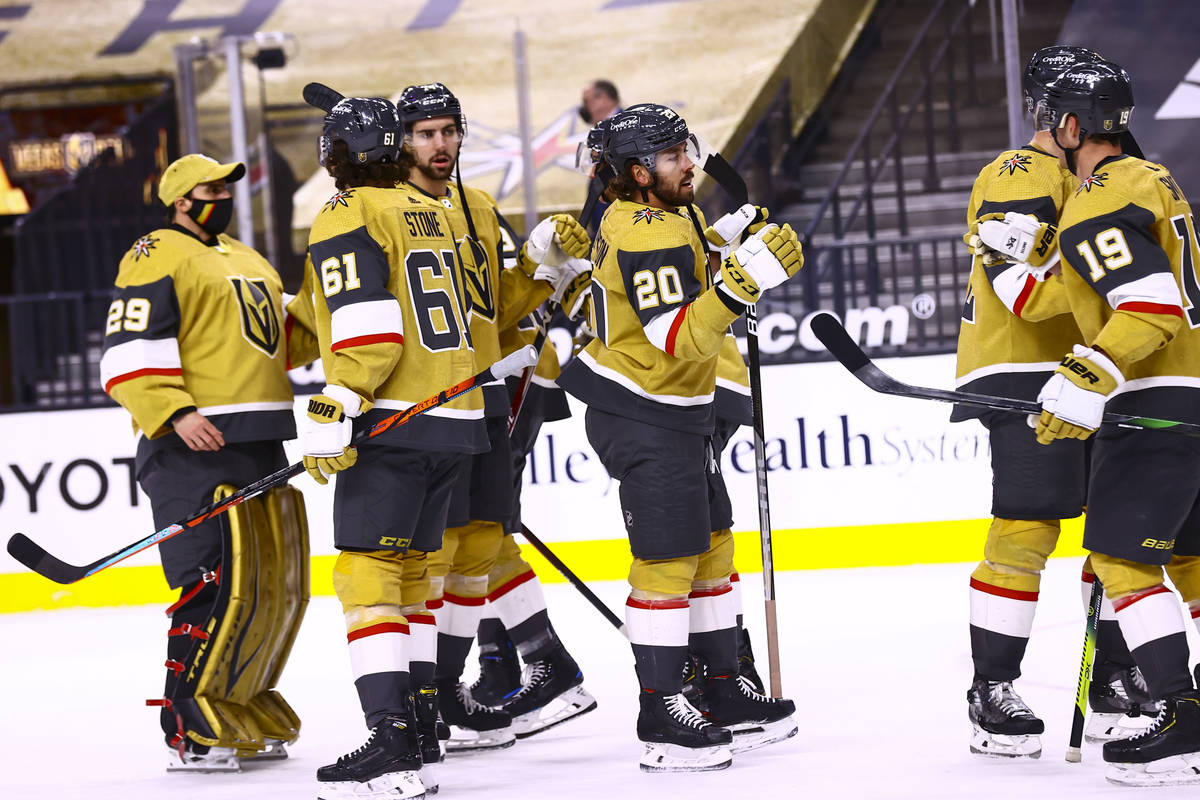 Golden Knights center Chandler Stephenson (20) celebrates with teammates after helping lead them to a 4-3 win over the Los Angeles Kings in an NHL hockey game at T-Mobile Arena in Las Vegas on Sunday, Feb. 7, 2021. (Chase Stevens/Las Vegas Review-Journal) @csstevensphoto 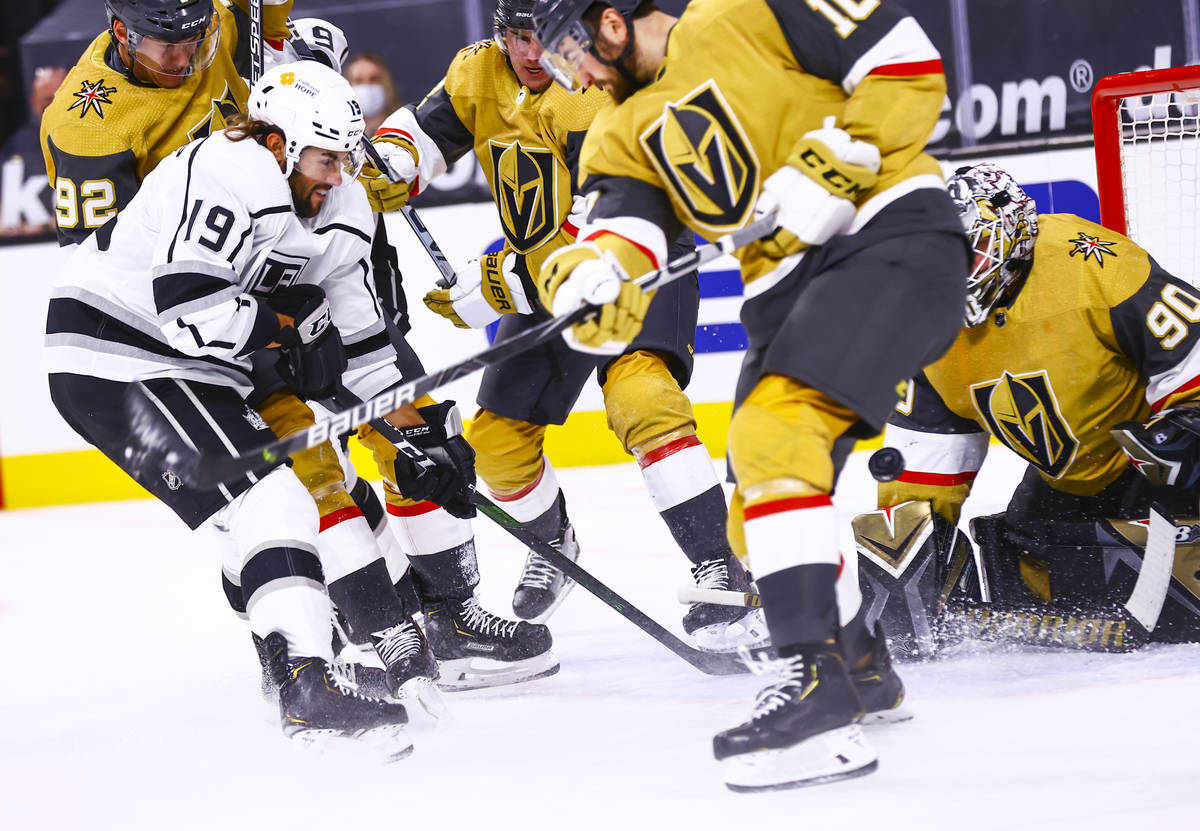 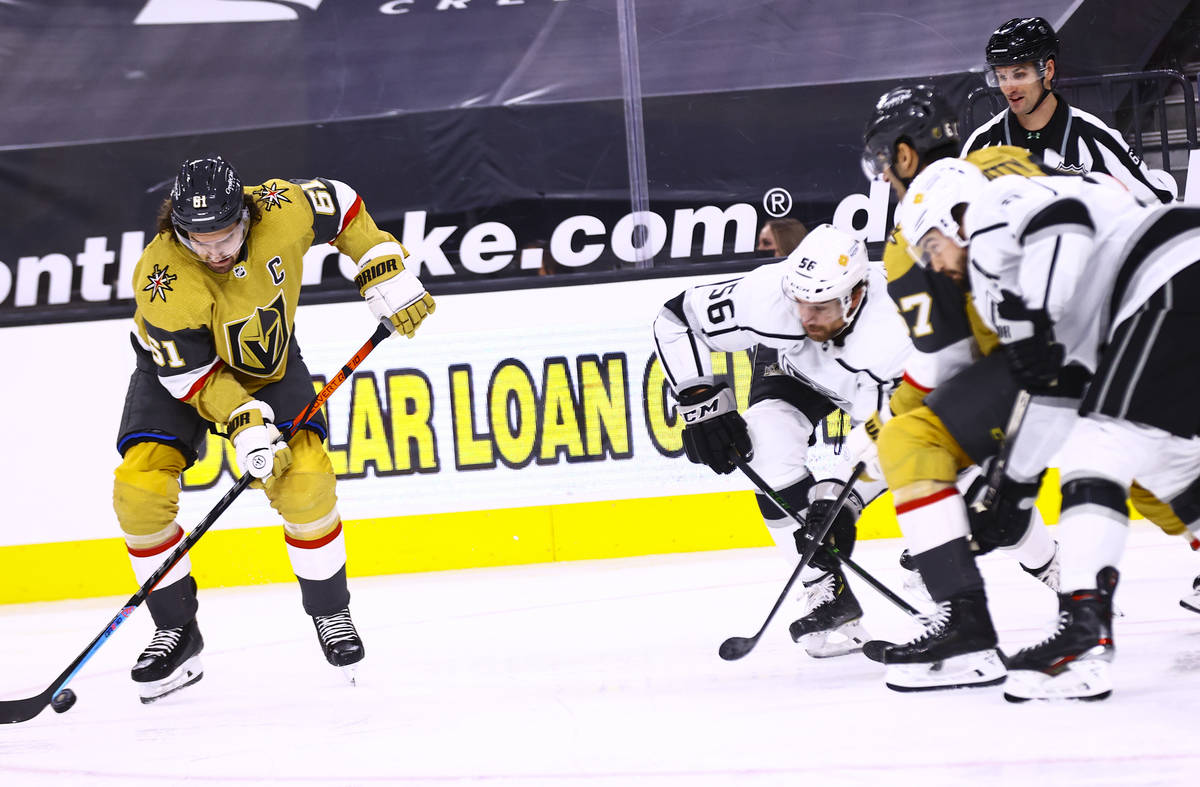 The Golden Knights swept the Los Angeles Kings in their two-game set over the weekend because their opponent simply couldn’t keep up.

The Knights exploited a young Kings’ blue line — featuring three players 23 or younger — over and over in transition during their 4-3 win Sunday at T-Mobile Arena. Three of the team’s goals came thanks to a primary assist in the neutral zone.

“Our team speed is probably one of our biggest strengths,” said right wing Reilly Smith, who had one of those goals. “When our D are able to keep tight gaps and able to turn pucks over quickly, those guys can really make teams pay.”

The Knights’ transition game is so effective because so many players can contribute to it.

Defensemen Shea Theodore and Alec Martinez each picked up an assist Sunday by making a good first pass to a forward to get the play started. Wings Jonathan Marchessault and Mark Stone each had excellent second passes that found their linemates without slowing them down. Smith and center Chandler Stephenson each scored a goal where they got behind the defense and fired wrist shots that beat Los Angeles goaltender Calvin Petersen.

The Kings didn’t have the defensive depth to contain all those players. Even Knights fourth-line forwards Ryan Reaves and William Carrier had shot attempts off the rush.

It forced Petersen to step up as the last line of defense too often for Los Angeles to force a split.

“One of our big assets as a team is we’ve got good size and we’ve got a lot of good speed, too,” said Stephenson, who reached 22 mph on his first-period goal, according to the AT&T Sportsnet broadcast. “I think it helps us back off teams and lets us have control of the puck more.”

Knights goaltender Robin Lehner appeared to be stung by a high shot early second period that hit him in his left shoulder. Lehner, who had offseason shoulder surgery, wasn’t looked at on the ice by the team’s medical staff and stayed in the game.

This shot stung Robin Lehner #VegasBorn
He shakes it off and good to go.
🎥 @ATTSportsNetRM pic.twitter.com/AZ1u3c2SUp

Lehner allowed goals on each of the first two shots he faced Sunday but then saved 29 of the next 30. Coach Pete DeBoer said he would see how Lehner felt Monday.

“I knew he tweaked it a little bit there during the game but not enough to come out,” DeBoer said. “He battled through it and found a way to get us a win.”

5
Graney: Raiders’ choice of Wynn to light torch is senseless