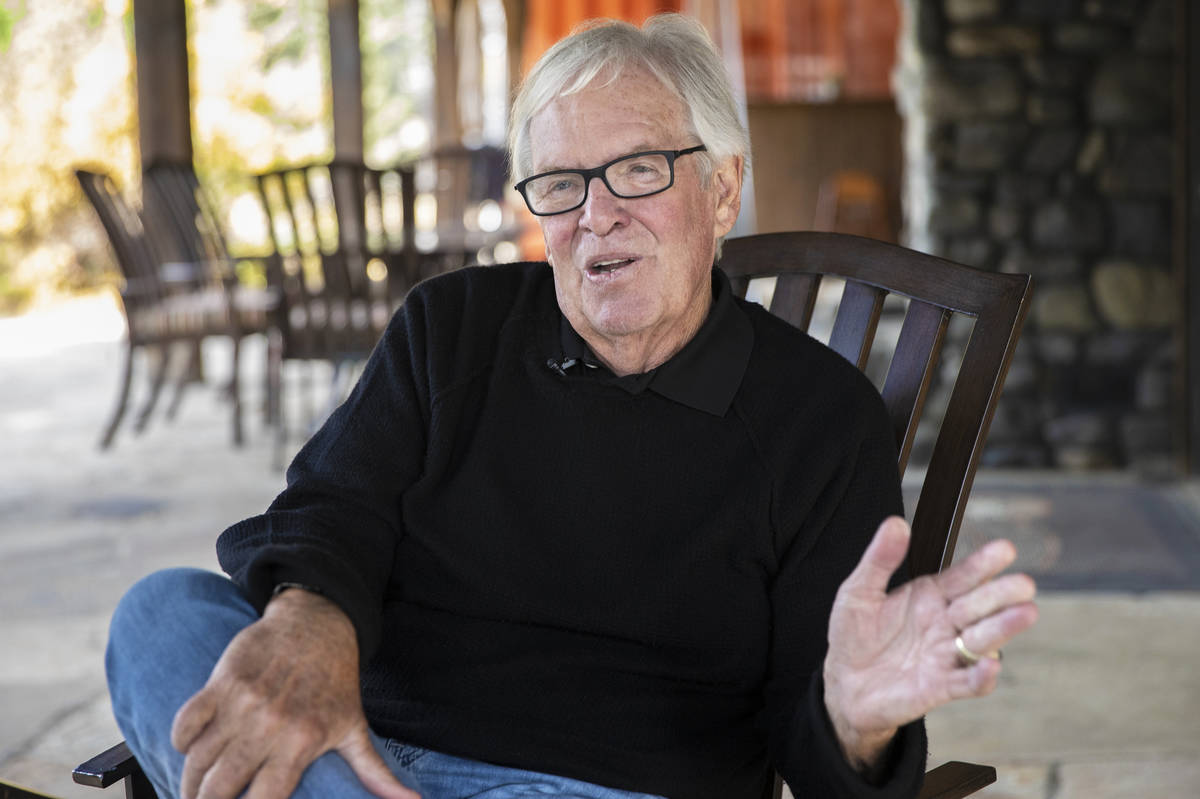 Bill Foley will meet with the Golden Knights’ front office and pro scouting staff in the coming weeks to draw up their plan for the offseason.

The team’s majority owner believes one area will get extra attention when the Knights explore the trade and free agency markets this month.

“Obviously we really want to improve the power play. We’ve got to do better there,” Foley said. “That’s a problem we’ve had historically, really, is a power-play problem. I would guess you’re going to see a lot of work toward power-play improvement.”

The Knights finished the regular season tied with Colorado for the most points in the league and advanced to the third round of the playoffs for the third time in their four seasons.

But similar to their loss against Dallas in the bubble last year, the Knights struggled to break down a stingy defense and bowed out in the Stanley Cup semifinals to underdog Montreal in six games.

“We all expected us to go further. It’s really true in the playoffs in hockey, anything can happen. And it does,” Foley said. “You kind of just accept it. A couple things happened that maybe turned the series against us.”

Foley didn’t mention the play specifically, but he clearly was alluding to the misplay by goaltender Marc-Andre Fleury late in Game 3 that led to Montreal’s tying goal. The Knights went on to lose that game in overtime and two of the next three.

First-line center Chandler Stephenson also was injured in the opener of the series against the Canadiens and missed three games, which had a trickle-down effect and slowed the offense.

The Knights produced nine goals in the final five games against Montreal and failed on all 15 of their power plays in the series. They finished the playoffs an unsightly 4-for-43 (9.3 percent) one season after their power-play shortcomings also cost them against Dallas in the Western Conference Final.

The difficult travel schedule and playing every other day in the postseason also took its toll, according to Foley.

“We got kind of clogged up against Montreal, so we’ll have to figure that out,” Foley said. “But we have the talent. We have some really, really good players and when they’re all healthy we have an awesome team. We really have four great lines and our defense is good.

“It’s just timing and little things like that that can really turn a series around.”

The Knights also must decide this offseason whether to keep Fleury and goalie partner Robin Lehner. Only the Canadiens allocated more salary cap space to the goalie position during the pandemic-shortened regular season than the Knights’ $12 million.

Foley advocated for Fleury’s return last offseason after the team explored trading the face of the franchise and has said he wants the popular goalie to end his career with the Knights.

Fleury won the Vezina Trophy as the league’s top goalie and combined with Lehner to earn the Jennings Trophy for fewest goals allowed during the regular season.

The trend around the league is to share the workload more evenly. But coach Pete DeBoer made it clear in his exit interview the Knights will enter next season under different circumstances and may decide keeping two starting goalies is a luxury they can’t afford.

Fleury has one year remaining on his contract. Lehner signed a five-year, $25 million extension before this past season.

“That’s all going to be up for discussion when we start talking with the pro scouts in two weeks or so,” Foley said. “I like having our two goalies. They’re both skilled. They’re both great guys. Alternating two top goalies like that, really getting into a tandem situation, I believe really helps. But we’ll just have to see how things evolve over this next few weeks or so.”

The Knights are projected to have a little more than $5 million salary cap space. One of their other key pieces of business is figuring out whether they can afford to re-sign defenseman Alec Martinez, who will be an unrestricted free agent and is due a hefty raise.

Foley also is high on the team’s prospects for next season. That includes forward Peyton Krebs, the 2019 first-round pick who got a cup of coffee in the NHL late in the regular season before he sustained a broken jaw.

“Anything we do, we’re going to try to make the team better. We’re not giving up,” Foley said. “I’m not disappointed in anyone on that team or the effort they put forth. I just feel like we got a little unlucky. It’s as simple as that.”