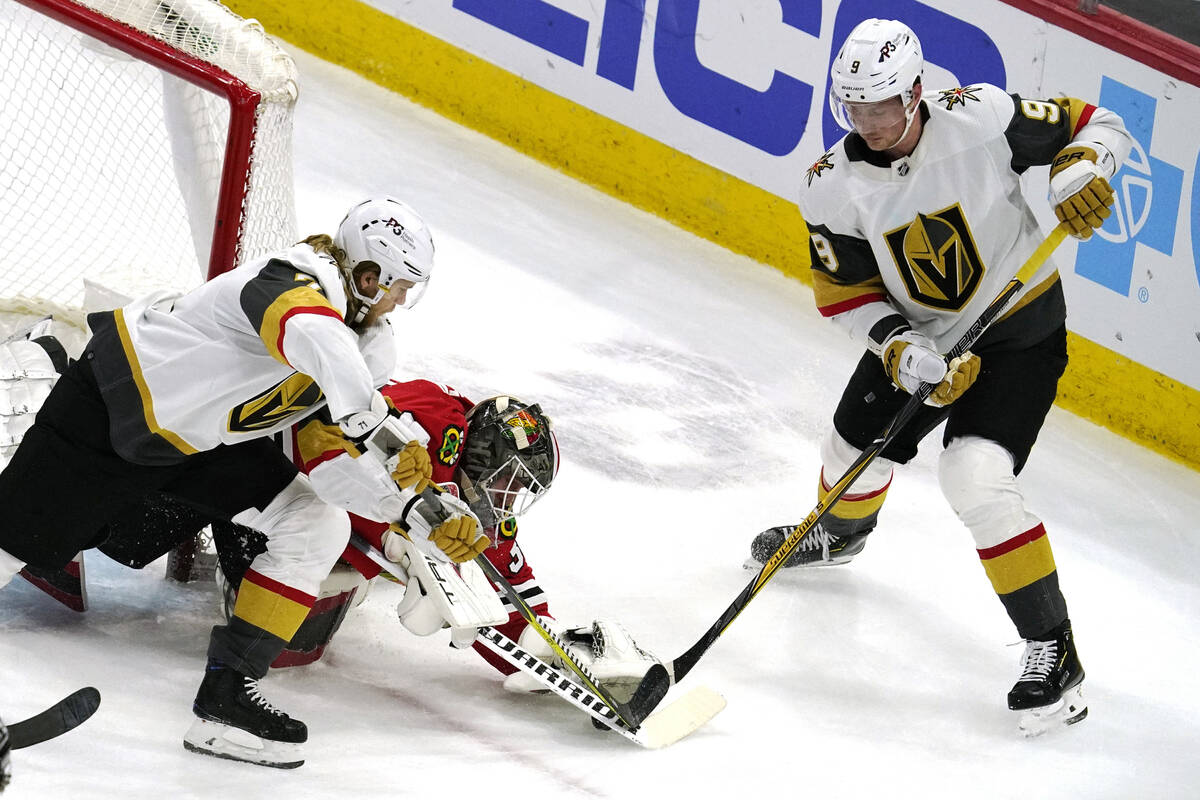 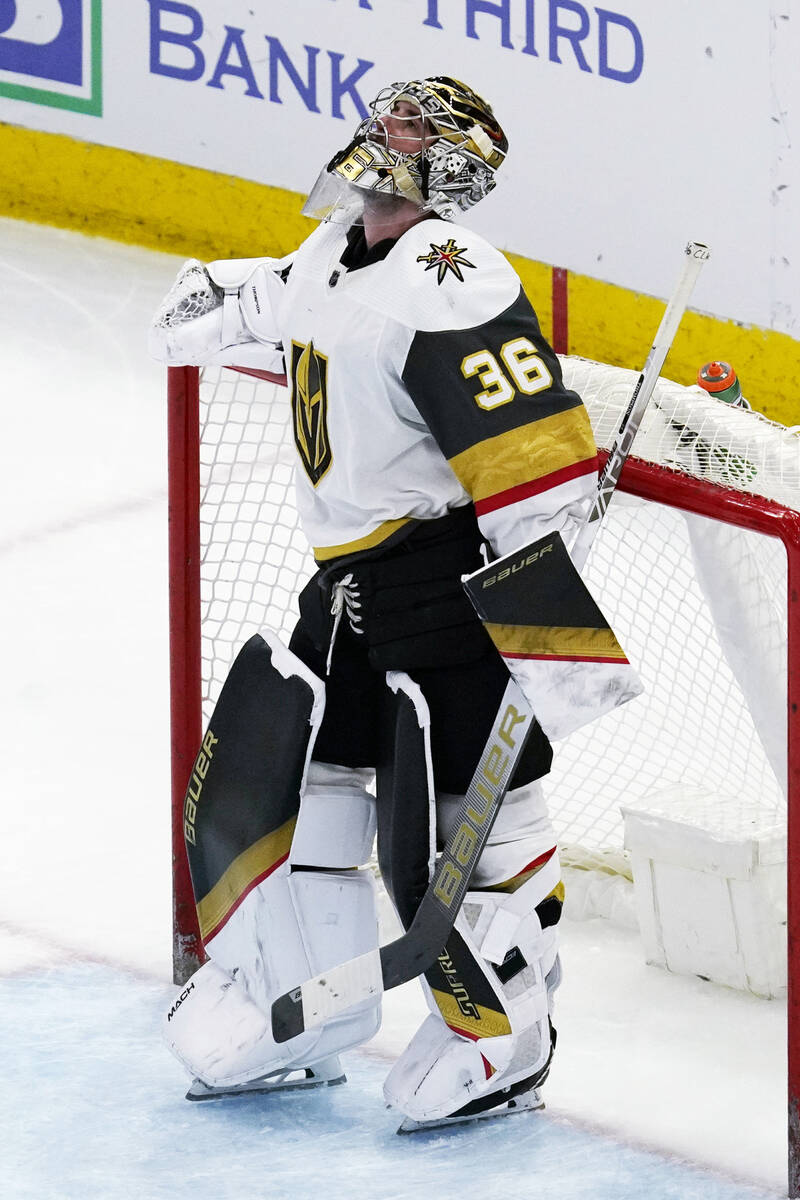 Vegas Golden Knights goaltender Logan Thompson looks up the score board during the second period of an NHL hockey game against the Chicago Blackhawks in Chicago, Wednesday, April 27, 2022. (AP Photo/Nam Y. Huh)

ST. LOUIS — The Golden Knights play their 82nd game of the season Friday. There won’t be an 83rd.

Their elimination from playoff contention Wednesday means their game against the St. Louis Blues will be the final time this group plays together. Questions will abound in the offseason. Changes will come.

But before then, the team will need to get through a situation it has never experienced in its five seasons in the NHL — missing the playoffs.

The Knights will play a final regular-season game with nothing on the line but a slightly more positive start to their summer. They can look to the other bench with jealousy. The Blues entered Thursday still fighting for home-ice advantage in their anticipated first-round matchup with the Minnesota Wild.

“There’s obviously going to be a lot of time for reflection,” left wing Max Pacioretty said.

The ending to the Knights’ season has been slow, painful and seemingly inevitable for a long time.

They left the NHL All-Star Game on Feb. 5 at T-Mobile Arena in first place in the Pacific Division by points percentage but then started to lose ground. Their playoff hopes still never seemed in jeopardy until an 0-5-0 road trip from March 8 to 15 that included four losses to teams that won’t make the postseason.

The Knights entered the stretch fifth in the Western Conference in points. They exited eighth, with Dallas one point on their heels with four games in hand.

But the Knights didn’t finish well enough to get back into the mix after that. They are 10-5-4 after their winless road trip, including an 2-2-4 mark in their past eight games. Getting back defenseman Alec Martinez (facial laceration) on March 26, left wing Max Pacioretty (undisclosed) on April 9 and right wing Mark Stone (back) on April 12 wasn’t enough for the team to go on a run.

Even when the Knights briefly got control of their own destiny again with four games remaining, they went 0-0-3 to dash any flickering hopes. Any dream of living up to their expectations — they were preseason co-Stanley Cup favorites with Colorado — was over.

“We’ve been under that pressure for a while now,” coach Pete DeBoer said. “We’ve been feeling that. We’ve been playing basically elimination hockey for probably three, four weeks.”

The skid puts the Knights in the unenviable position of playing Friday’s game with nothing on the line. Three of their first four seasons featured deep playoff runs. There were two NHL semifinal appearances and another in the Stanley Cup Final. The other ended with a first-round Game 7 road loss after an infamous major penalty.

There are many reasons they will be watching the playoffs. The poor finish is one. Their lengthy injury list, which should hit 500 man games lost Friday, is another. Their team save percentage slipped from second to 19th after trading Vezina Trophy winner Marc-Andre Fleury. The special teams were not special. Their penalty kill regressed from first to 21st, and their power play dropped from 22nd to 24th.

“Beginning of the year, camp, you’re getting ready for playoffs,” center Chandler Stephenson said. “It’s obviously disappointing. It’s not where we want to be.”