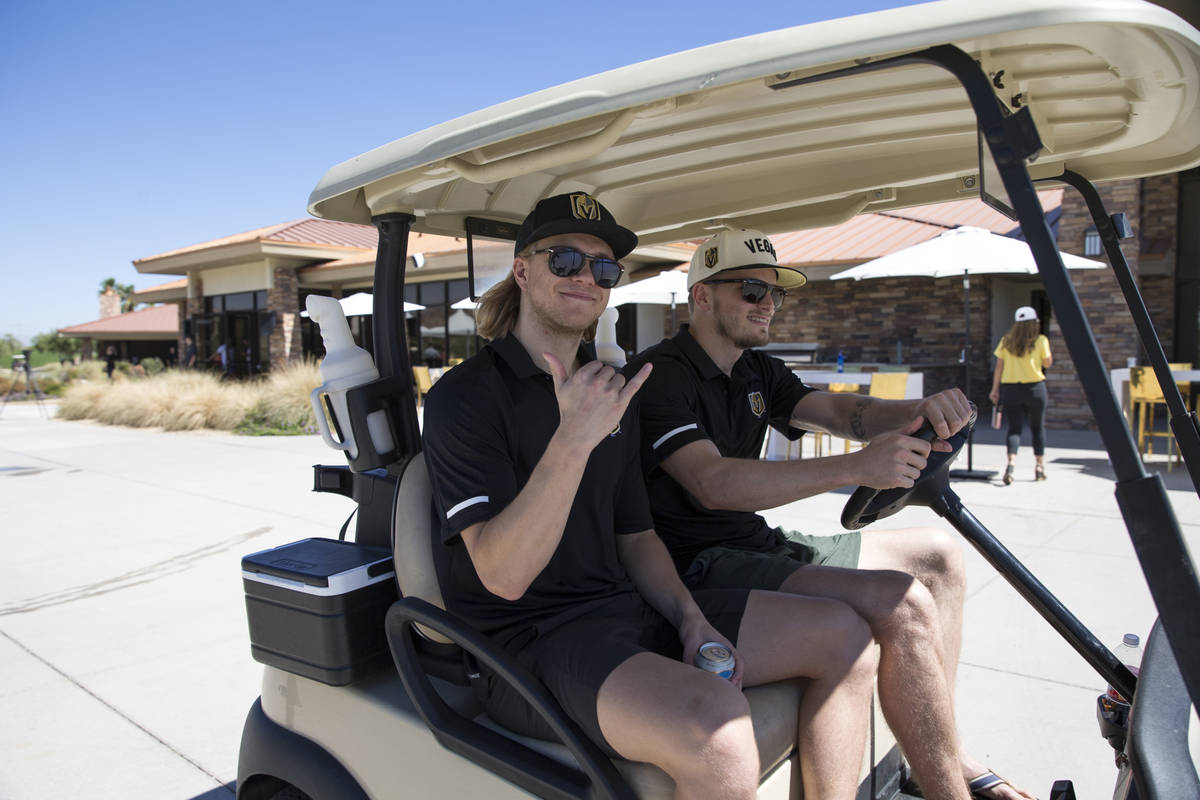 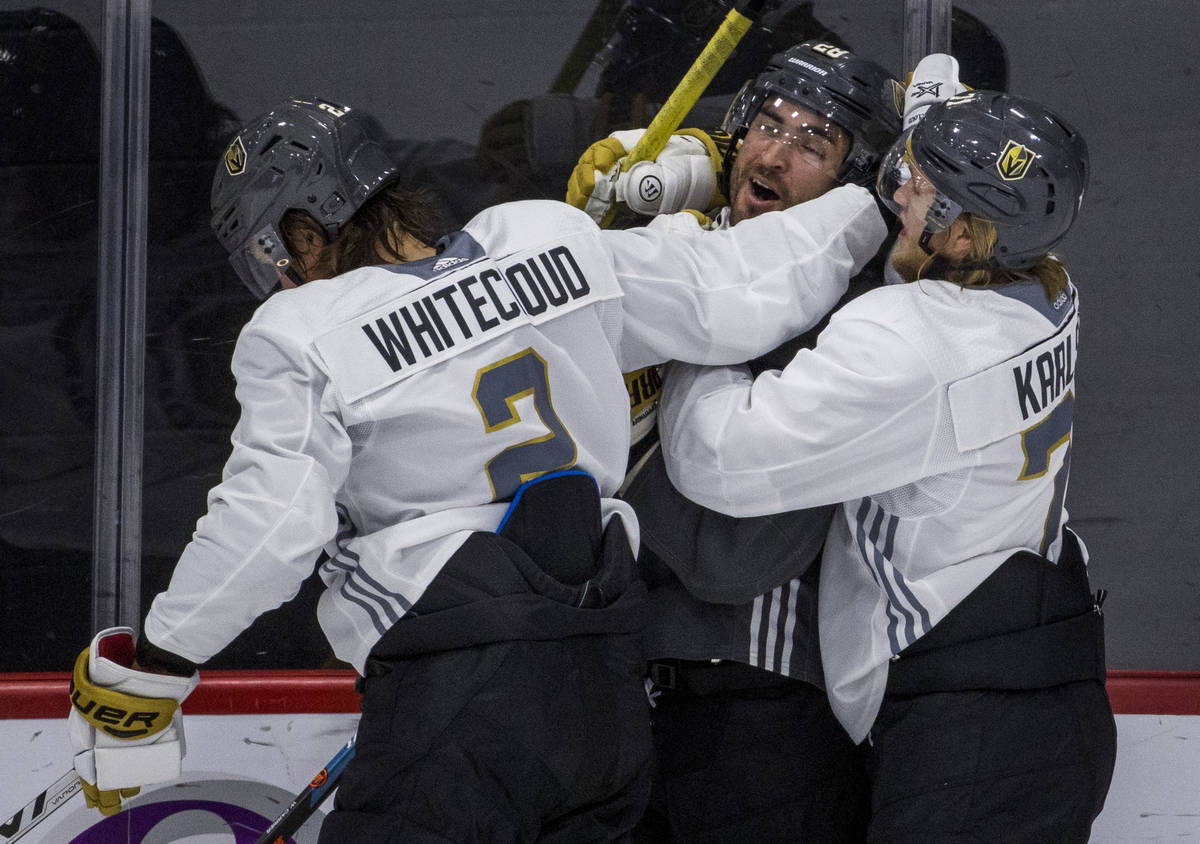 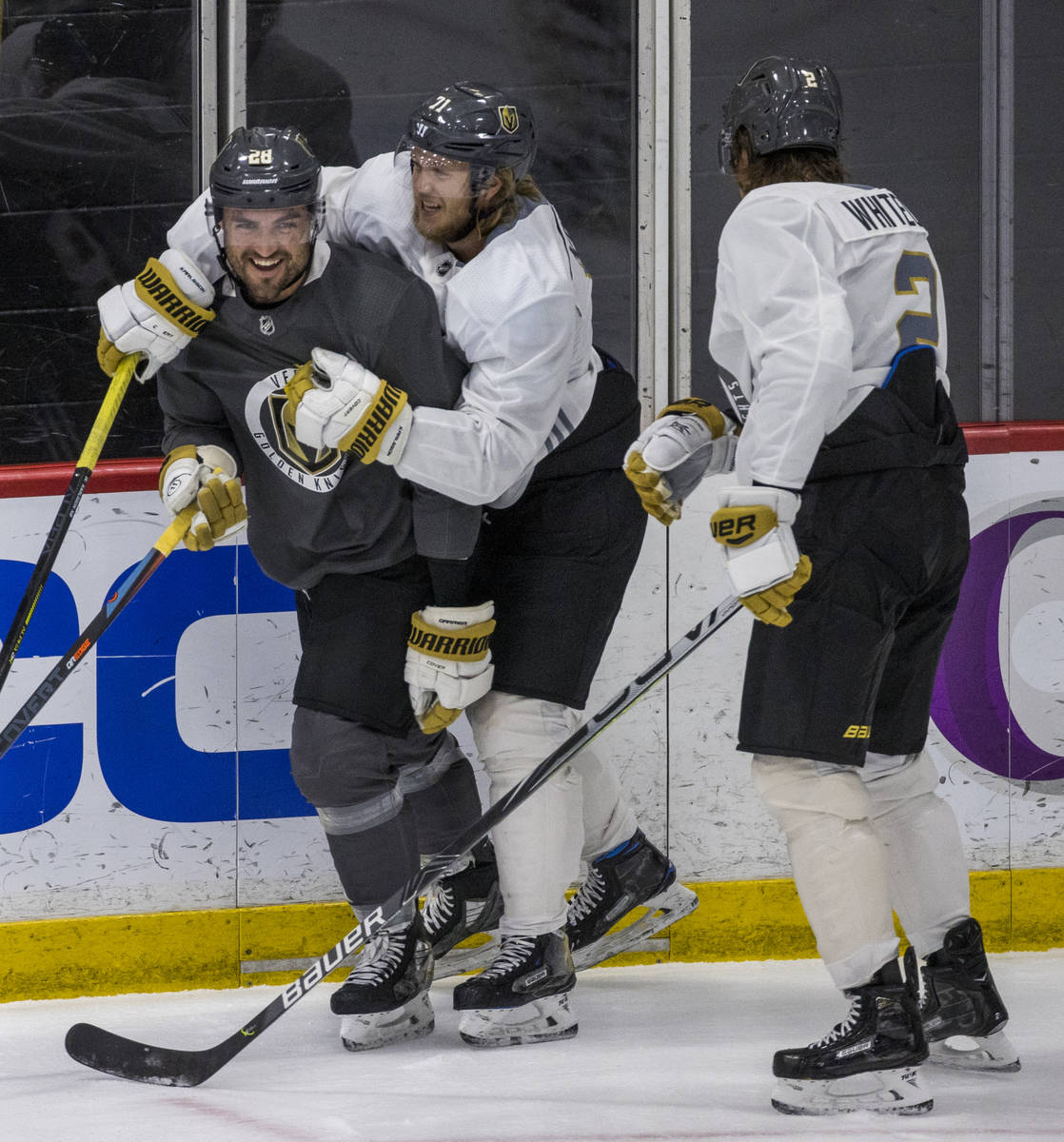 The Golden Knights were forcibly separated when the NHL season paused in March.

They scattered, and many players didn’t see each other for months. William Karlsson and Oscar Dansk, however, were two of the exceptions. The Swedish countrymen bunked together in Karlsson’s Las Vegas home and kept each other company during their time away from hockey.

“You know, he made my quarantine time very fun,” Karlsson said. “He’s a great friend and to have him around this weird period of time that we had, it was just awesome. Made me not go crazy I guess. Obviously my girlfriend and I have a good time too, but Oscar was a great addition.”

The pair, who have known each other since they were kids, have been around each other so much they’re starting to copy each other’s mannerisms. Karlsson brushed back his legendary long locks when he took part in a Zoom call with media during training camp. Dansk did the same thing Friday and called it “doing the William Karlsson.”

“It’s been good to have the company,” said Dansk, the Knights No. 3 goaltender. “We’ve been working out together. Basically doing everything together, really, so it’s been good. I think with the quarantine it was nice to not be alone. Hanging out with him and his whole gang there, it’s been everything.”

William Carrier passed the buck when it came to giving the Knights’ fourth line a nickname Thursday, but linemate Ryan Reaves delivered.

“I think we came up with ‘The meat grinders,’” Reaves said. “We’re the meat line.”

The heavy forechecking unit is a pain for opponents. Reaves and Carrier rank first and sixth, respectively, in the NHL in hits, and center Nick Cousins has added a deft playmaking touch to the group.

“Who would sign up to play against those three guys?” coach Pete DeBoer said. “Not many guys are going to look at a faceoff and be excited about those three guys coming at you and hounding you.”

— The Knights selected their 31-player playoff roster Friday and 2019 first-round pick Peyton Krebs made the cut.

Krebs, 19, impressed DeBoer in camp after a strong season with the Western Hockey League’s Winnipeg Ice. The forward had 60 points in 38 games.

“For a young junior guy, particularly, you’re really worried about whether he can keep up,” DeBoer said Wednesday. “He’s done an exceptional job.”

Defensemen Jake Bischoff and Jimmy Schuldt were cut to complete the roster.