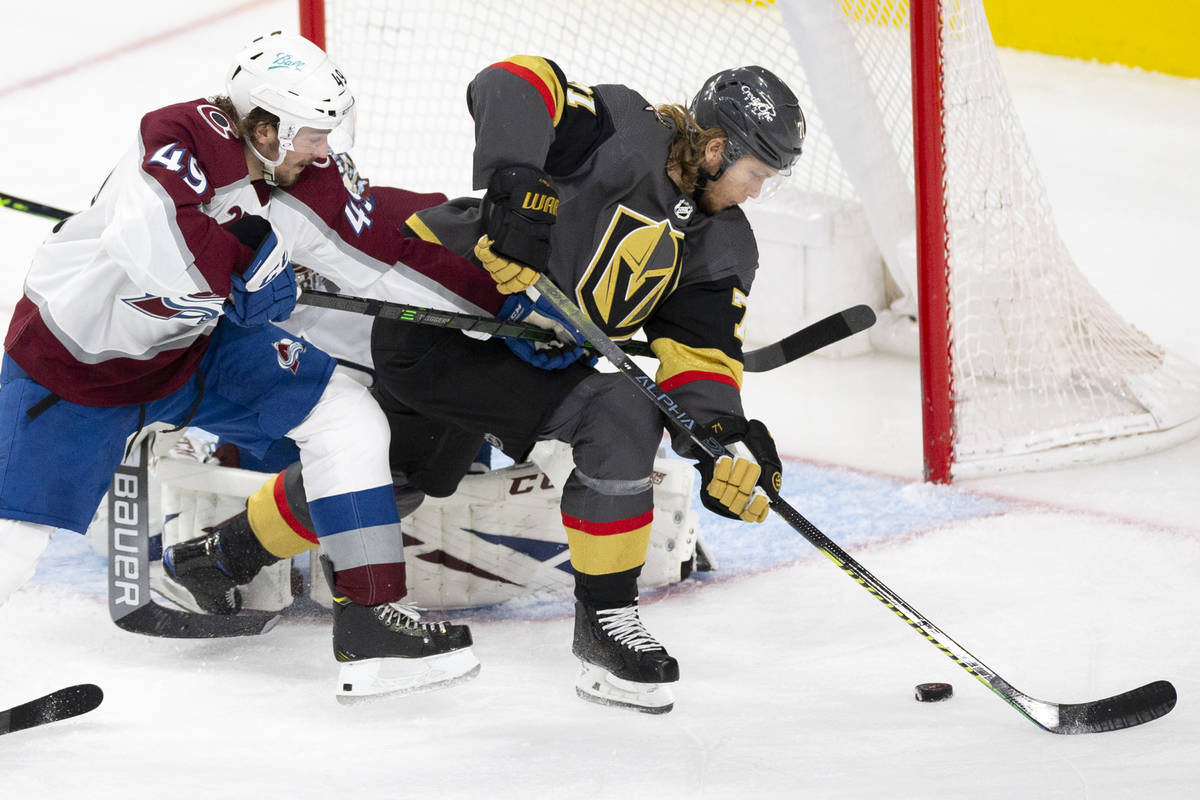 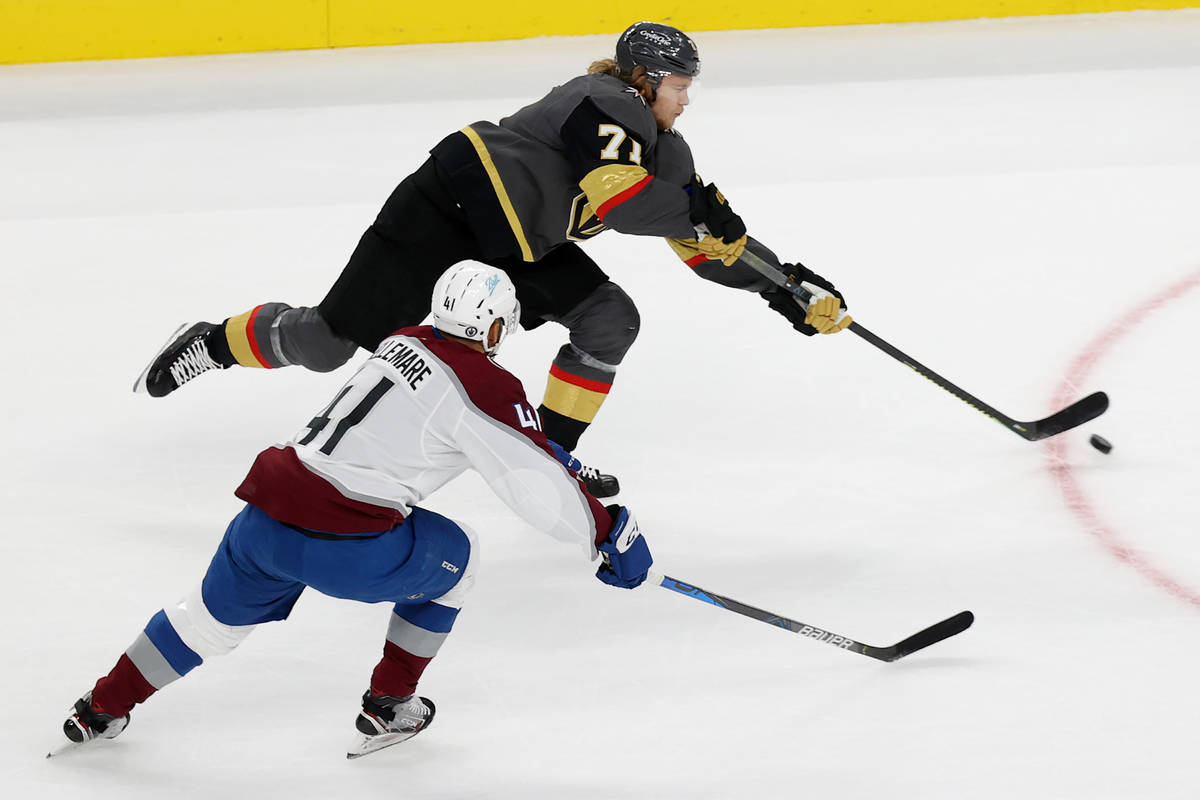 William Karlsson scored in a variety of ways during his breakout campaign in 2017-18, but several of his 43 goals looked similar.

The Golden Knights center would hang out on the weak side waiting for an opening and then suddenly dart into position for a one-timer.

That play was missing from Karlsson’s game for much of the past two seasons but returned at a key time in the West Division final against Colorado. It was another sign of the confidence Karlsson is carrying during the playoff run.

He tops the Knights in points (12) and assists (eight) entering Game 2 of the Stanley Cup semifinals against Montreal on Wednesday at T-Mobile Arena. The Knights lead the best-of-seven series 1-0.

“I don’t think it’s surprising to anyone in our room that it’s William Karlsson,” coach Pete DeBoer said. “(Karlsson isn’t) doing anything differently he hasn’t done every day here, and that’s the beauty of him. His consistency. The puck’s going in.

“I think that line’s really started to click here. They click all the time, but they’re really getting production through the playoffs, and production with some confidence and feeling like they can score every game. That’s been real important for us.”

Karlsson’s goal in the first period of a Game 6 victory over the Avalanche was preceded by a strong forecheck from Jonathan Marchessault and set up by Alec Martinez. The defenseman spotted Karlsson uncovered at the right faceoff dot after a Colorado turnover and sent a return pass back against the grain.

As he did so often in the Knights’ inaugural season, Karlsson dropped to one knee as he sent a one-timer past goalie Philipp Grubauer.

“It was a nice pass from (Martinez),” Karlsson said. “It’s a hard pass, and all I’m trying to do is get something on it and redirect it towards the net. I was lucky to get enough wood on it, and it snuck past the pad and in between the post. I was happy to see it go in. It reminded me a lot of that first year.”

Karlsson quietly had a solid season with 14 goals and 39 points in 56 games, which works out to a 20-goal, 57-point pace over a full regular season. After struggling throughout his career on faceoffs, Karlsson won 54 percent of his draws in 2021.

He has a five-game point streak after picking up an assist on Nick Holden’s third-period goal in Game 1 and has points in seven of the past eight games.

The Misfit Line of Karlsson, Marchessault and Reilly Smith tore through Colorado’s middle six forwards in the second round, combining for nine goals and 18 points. Karlsson’s playmaking was essential to the effort.

He assisted on all of Marchessault’s goals during his Game 4 hat trick and made a patient play on a three-on-two before finding Marchessault at the side of the net for the tying goal early in the third period of Game 5.

“I think we’re kind of smart with the puck,” Karlsson said. “When there’s plays through the neutral zone, we take it. But if not, we chip it in, go to work. It’s working.”