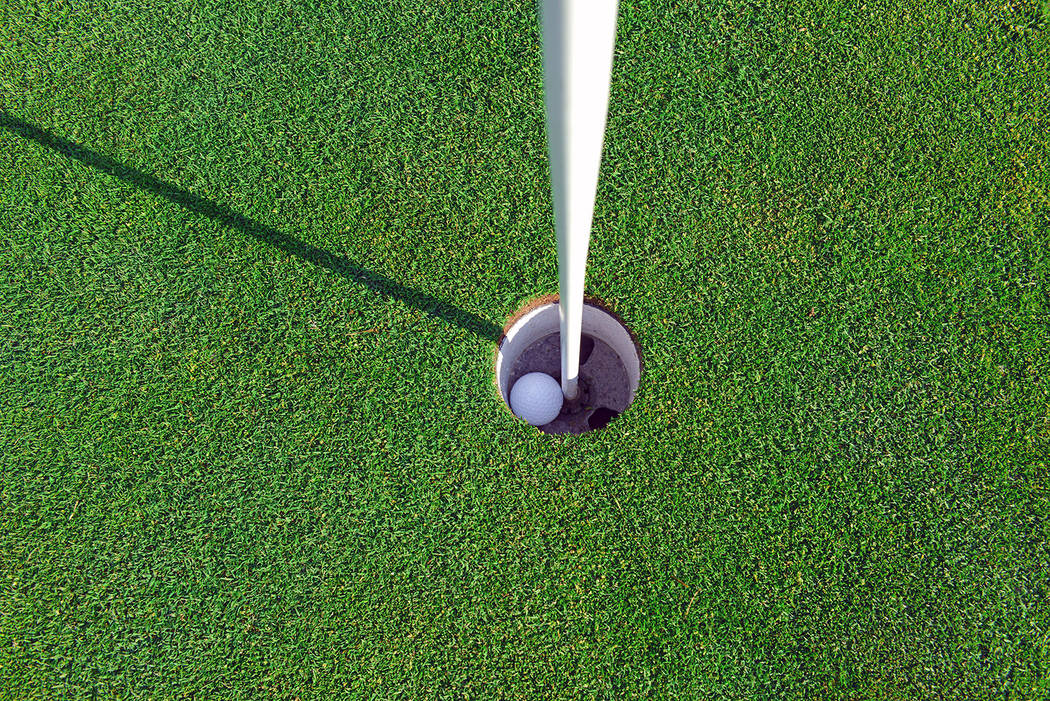 MESQUITE — Big dreams always are part of the storyline at the $140,000 Nevada Open presented by Mesquite Gaming and played at CasaBlanca and Palms golf courses.

The field included 222 players — 217 pros and five amateurs — from around the United States looking to use mini tour success and experience as a stepping stone to the PGA Tour.

Mark Anguiano, the 2018 champion from from Whittier, California, could be well on his way.

Rylee Reinertson was fourth at 11 under, and former UNLV golfer Eddie Olson finished fifth at 9 under. The low amateur was Andrew Von Lossow, who finished 1 over and missed the cut.

In July, Anguiano won the Windsor Open on the Mackenzie PGA Tour Canada. Prior to that, he shot 62 during the second round at the GolfBC Championship in Canada but placed sixth and finished 10th on the season-long money list.

At the Nevada Open, Anguiano entered the final round at CasaBlanca with a two-shot cushion and survived difficult, windy conditions.

“Coming off the Canadian tour where I played this summer and not having a lot going on after that, I put a lot of emphasis on this tournament and a couple other littler ones getting ready for Web.com Q School in a couple weeks,” Anguiano said. “To get the job done here is very satisfying.

“I am pretty comfortable in the wind, and I think it favors my game. Going into today, I knew that was going to be a little advantage for me. When it is gusting 25 to 30 mph, it is going to be tough to make birdies. I am glad I had a two-shot lead because every shot counts out here in the wind.”

“We had a great field of players who competed for a great prize purse, and Mark was a true champion,” tournament director Christian Adderson said. “These guys are very good, and, as we know in professional golf, the talent is so close between the players on the PGA Tour and Web.com Tour and even the mini tours.

“These guys are knocking on the door of the next level, and Mark is a great example of that.”