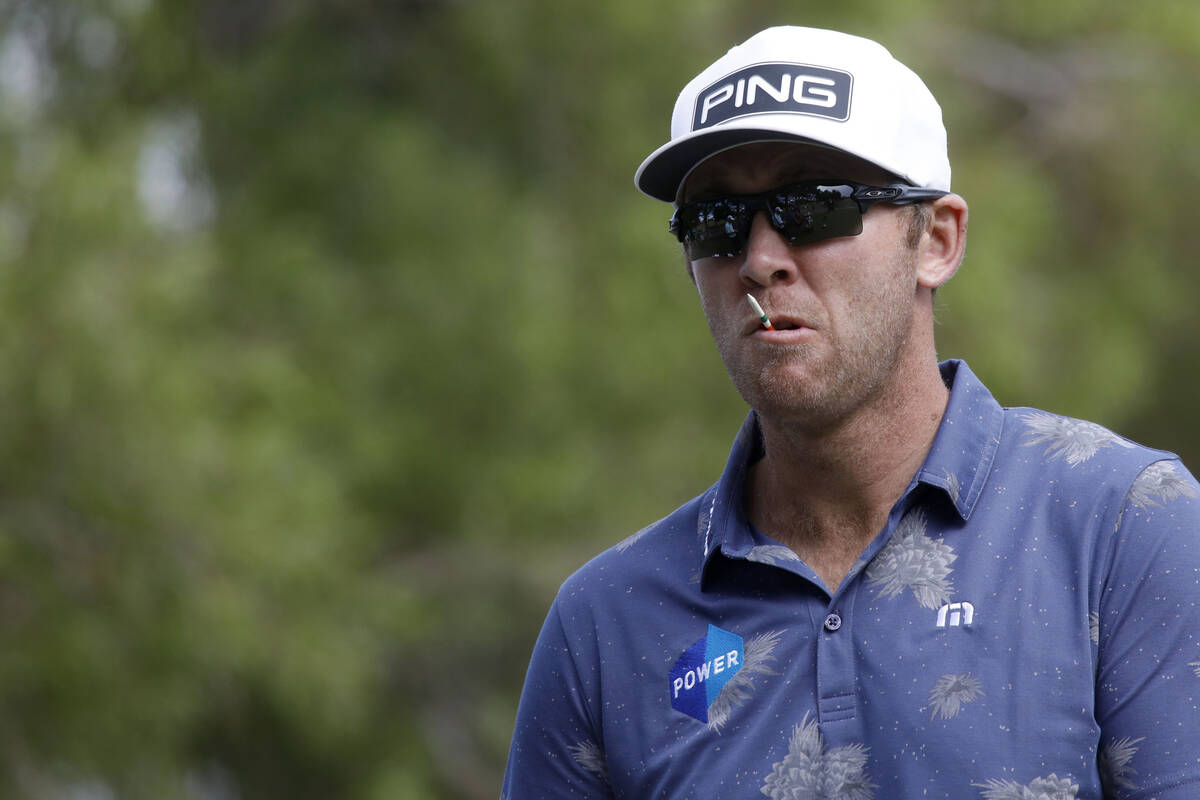 Seamus Power is seen before teeing off on the 13th hole during the third round of the Shriners Hospitals for Children Open golf tournament at TPC Summerlin, Saturday, Oct. 9, 2021, in Las Vegas. (Chitose Suzuki / Las Vegas Review-Journal) @chitosephoto

A victory in Bermuda over the weekend has made Seamus Power’s life a little easier while simultaneously altering his outlook for 2023.

Making the European Ryder Cup team is now a distinct possibility for Power, the Irishman and Las Vegas resident who has rocketed up to No. 32 in the world following his second PGA Tour victory, one that also secures his spot on tour through the 2025 season.

Power, now the ninth highest-rated European in the world, has had informal talks with European captain Luke Donald about scheduling and playing enough DP World Tour events to be eligible for the team. Scheduling around that and his now elevated status on the PGA Tour could become tricky, but it’s a problem he’s more than happy to have.

The win in Bermuda and his placement in the world rankings well inside the top 50 make him a lock for all four major championships, all the World Golf Championship tournaments, invitationals like Bay Hill and Memorial, and January’s Tournament of Champions in Hawaii.

“One of my favorite memories in golf was in Maui last year, and being able to go back there again and having a three-year exemption is just fantastic,” he said Sunday night. “It opens doors as you get higher in the world rankings. All of those things are just all positives.”

Power is one of the most likable players on tour, a man who simply loves to play golf and has been on a steady trajectory over the past two years. He’s gone from limited status and Korn Ferry Tour starts 18 months ago to two-time winner on the PGA Tour and among the best players in the world.

It all hadn’t quite registered with him Sunday night.

“Once it sinks in, I think some of the other stuff will kind of hit me in probably the next few days,” he said. “But for now, just over the moon. Just delighted to get the win.”

One year ago this week Power cracked the top 100 in the world for the first time. Two years ago he was at No. 406, but he probably couldn’t tell you that.

“It’s kind of a funny thing. I didn’t really pay attention to world rankings until I got into the top 100 in the world, and now it becomes very, very relevant,” he said. “It opens up so many doors.”

Nevada State Amateur champion Cameron Barzekoff added another prestigious title to his collection over the weekend when he ran away with the Las Vegas City Amateur at Las Vegas Golf Club.

Barzekoff shot eye-popping rounds of 63 and 62 to finish at 19-under 125, good for a seven-shot victory over Jared Smith. He had 15 birdies, two eagles on no bogeys on his card over the two rounds.

Meanwhile, Sean McManaman held off Glenn Hogle by a shot to win the senior title. McManaman birdied three of his final five holes to finish at 6 under and overtake Hogle down the stretch. In the silver division, Gary Carpendale added another in his long list of titles, finishing at 8 under for a two-shot win over Mark Williams.

— Las Vegas Golf Club will host a Turkey Shootout on Nov. 20 with an 8 a.m. shotgun start. Cost is $158 for each two-person team. The price includes golf, lunch and more.

— Bill Fortner and Joe Thomason won the member-guest event hosted by the Legacy Men’s Club in October, edging the team of Herk and Mark Herculson.