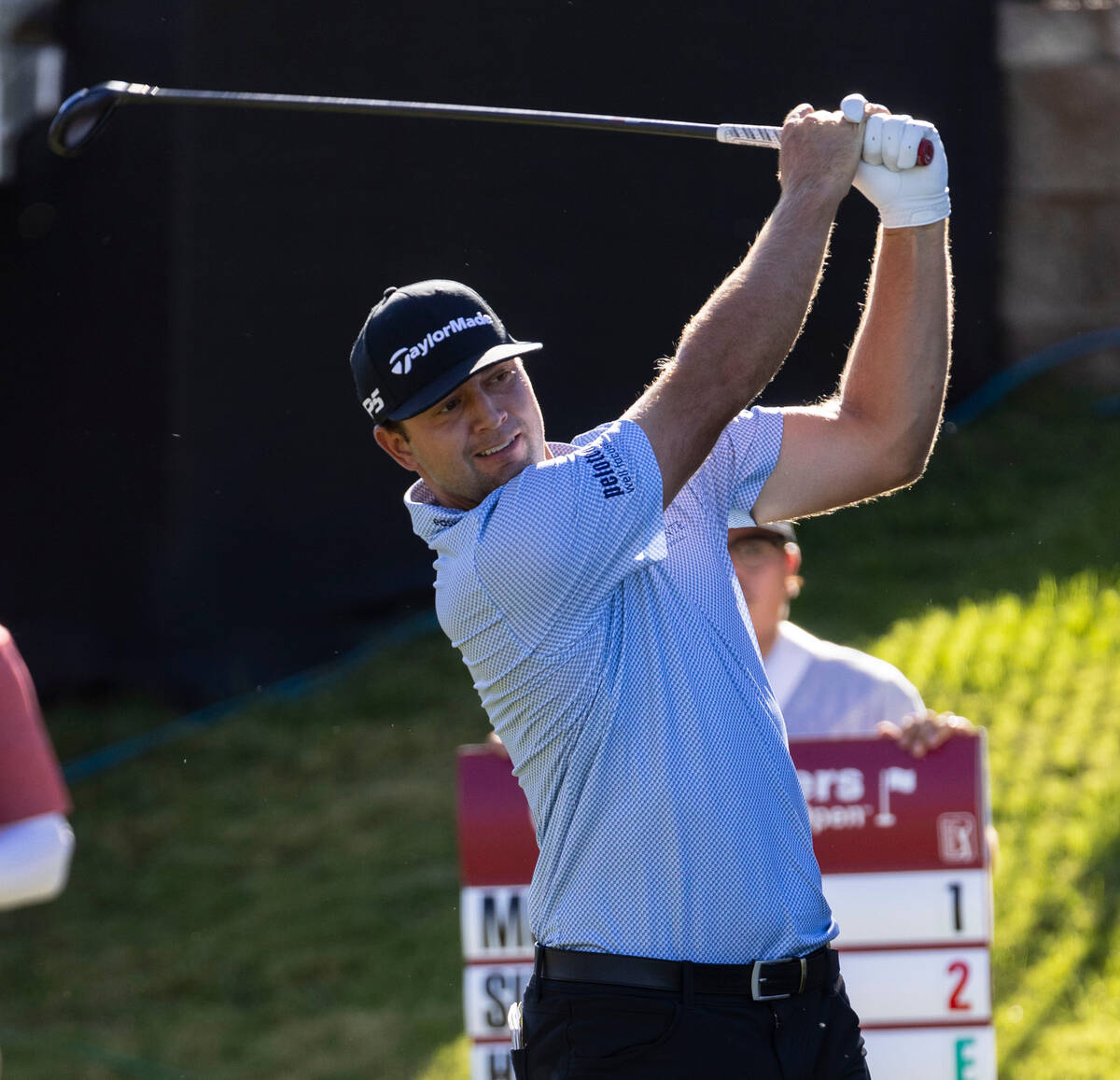 Taylor Montgomery watches his drive from the tenth during the first round of the Shriners Children's Open tournament at TPC at Summerlin in Las Vegas, on Thursday, Oct. 6, 2022. (Bizuayehu Tesfaye Las Vegas Review-Journal) @btesfaye 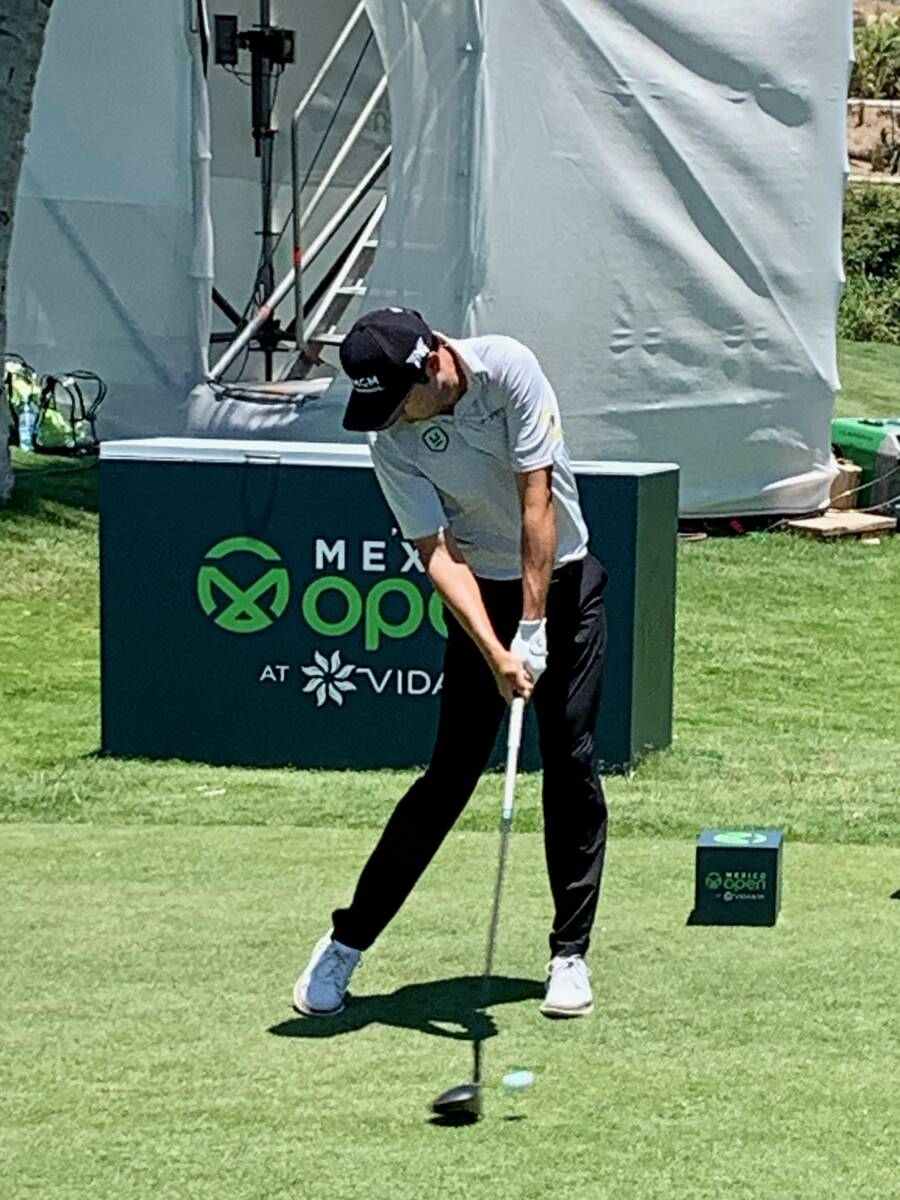 David Lipsky has three top-10 finishes in his last five starts on the PGA Tour, including a tie for sixth two weeks ago at the Mexico Open. (Greg Robertson/Las Vegas Review-Journal)

If there was any doubt Las Vegas has become one of the epicenters for professional golf, one only needs to glance at Sunday’s leaderboard at the World Wide Technologies Championship at Mayakoba in Mexico.

That group is part of an even larger collection of players that call Southern Nevada home. Close to two dozen players on the PGA Tour live in the region, headed by top-10 players Xander Schauffele and Morikawa.

Power and Montgomery are two players off to sizzling starts this PGA Tour season. Power followed up his win in Bermuda the previous week with a tie for third at Mayakoba, an effort that vaulted him to the top of the FedEx Cup standings after seven tournaments. He has also reached a career high 29th in the world rankings.

Montgomery is having a dream start to his rookie season on tour. In five events, he’s finished no worse than 15th and rests ninth in the FedEx Cup race. The new season isn’t even a quarter old yet, but Montgomery is pretty close to already securing his playing card for 2024.

Farmers Insurance has added an extra $25,000 to the purse at this week’s season finale for the Advocates Professional Golf Association, a non-profit organization with the mission to prepare African Americans and other minority golfers to compete and win at the highest level of professional golf, both on tour and in the golf industry.

That small amount is making a big difference for the Farmers Insurance Championship in Tustin Ranch, California, pushing the total purse for the season to $1 million.

This week’s tournament is the 18th of the season of the APGA, which included a stop in April at TPC Las Vegas. Kamaiu Johnson, one of the highest-profile players on the tour, won in Las Vegas.

Players like Johnson, Willie Mack and Tim O’Neal have helped elevate the tour with their strong play.

“It’s amazing to witness how the APGA Tour impacted the careers of many young minority golfers,” said O’Neal, who turned 50 this year and made his first start on the Champions Tour last month. “For young players of all backgrounds, golf is such a difficult profession as the costs of equipment, travel and tournament entries often far exceed the amount of money a golfer can earn on mini-tours. With the resources the APGA Tour is now providing, along with the purses and prize money associated with APGA Tour events, minority players are going to have a lot more opportunities to play top-level venues while earning an income that can better support their ability to improve their game and achieve their dreams.”

This year’s class includes 48 women and 48 men, ages 14-19, who distinguished themselves through exceptional play in 145 national junior golf events.

During the fall season for the Rebels, she recorded three top-25 finishes in four tournaments, including a 13th-place finish at New Mexico’s Dick McGuire Invite.