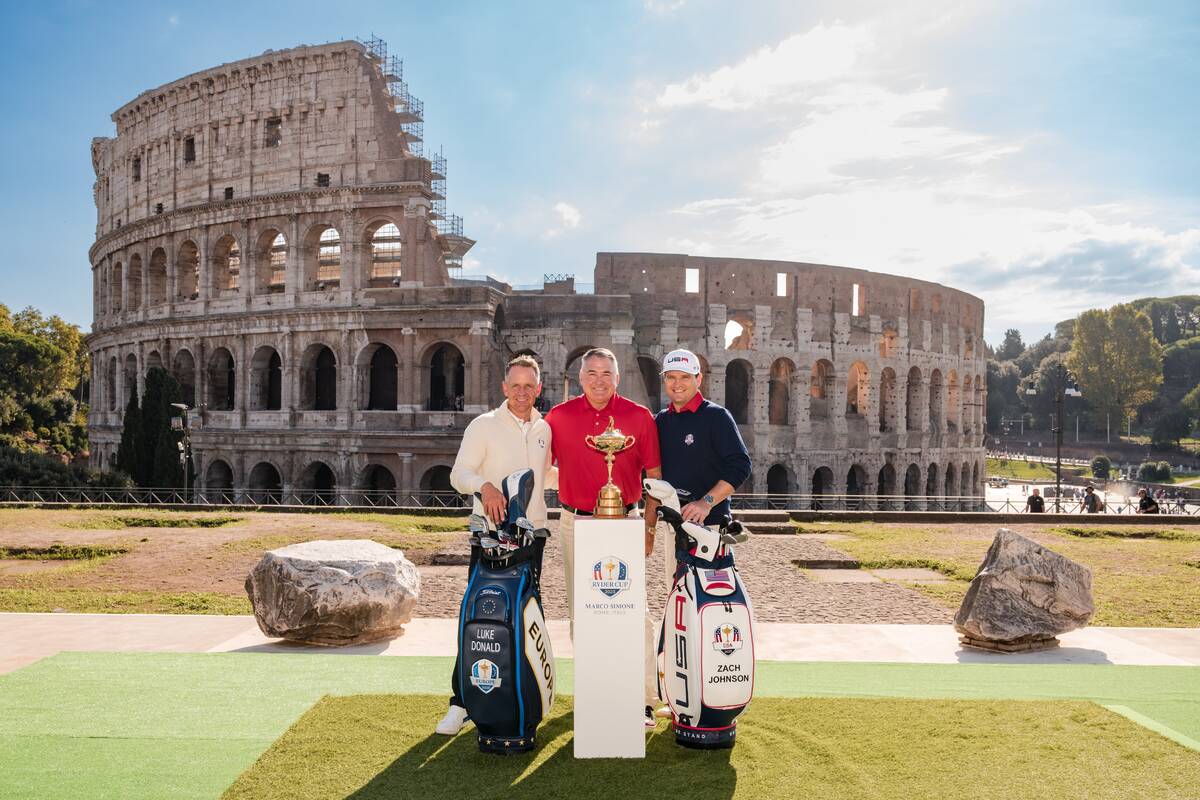 Growing up in Las Vegas, Don Rea hoped for a career in sports. His dream came true, but little did the teenager whose athletic career centered around baseball know he would end up as one of the most influential people in American golf.

Baseball was everything to Rea in the 1980s when he played at Bonanza High School, facing the likes of Greg Maddux and other future stars as the Bengals battled with Valley High for Southern Nevada supremacy.

But while Maddux was collecting Cy Young awards during a Hall of Fame career, Rea started working his way toward the major leagues down a different path as an umpire. And he nearly made it. But at the age of 32, calling Triple-A games and still several years away from reaching the dream, Rea walked away.

He took a job at Augusta Ranch Golf Club in Mesa, Arizona, and began the climb up a new ladder. He worked his way through the process of becoming a PGA professional, eventually became the head pro at Eagle Mountain Golf Club in Fountain Valley, Arizona. His journey eventually took him back to Augusta Ranch in 2008, but this time as owner and operator of the executive course.

It’s from that position that Rea began working his way up the chain at the PGA of America — raising his hand, as he puts it — serving on the Southwest Section board, the District 4 board and eventually the national organization. He recently completed a two-year term as secretary and last month was elevated to vice president of the PGA. The next step will likely find him as president of the PGA of America later this decade.

It’s a position he doesn’t take lightly, and one that allows him to bring a different perspective than most of the leadership that comes from country clubs and high-profile courses. His perspective, he says, is one of working in the minor leagues of golf where the overwhelming majority of players are located.

“Golf is doing amazing things, and we need to tell that story,” Rea said.

His mission, he said, is to remind and focus on those that are playing the game and not the elite professionals making millions of dollars.

“Golf is not about swing and stance and score,” he said. “It’s about families and making memories.”

Rea sees that every day at Augusta Ranch, a course full of players there for the love of the game, camaraderie with friends and family, and juniors learning to play. It’s something the sport needs more of, he said.

“Let’s grow the game,” he said is his motto. Just 8 percent of the public plays, he noted, and if that number could get to 10 percent, millions of more people would benefit.

Rea hopes to spread the word of the proven mental health benefits of playing golf and of programs like PGA Hope and PGA Junior League that are improving lives and communities.

Meanwhile, Rea’s leadership term comes at a time with the sport in flux at the professional level. The fights between the PGA Tour and upstart LIV Golf have drawn attention to fractures over millions of dollars. It’s not part of the job Rea enjoys, and he wishes things could have remained as they were. But he knows that’s wishful thinking.

“We’re in it,” he said, noting the PGA board will soon have to decide how to handle the LIV players’ eligibility for May’s PGA Championship and Ryder Cup. Decisions from officials at Augusta National (Masters), the USGA (U.S. Open) and R&A (British Open) will also be forthcoming.

“Our board will be watching,” he said. “I just hope we land in a place where the game wins.”