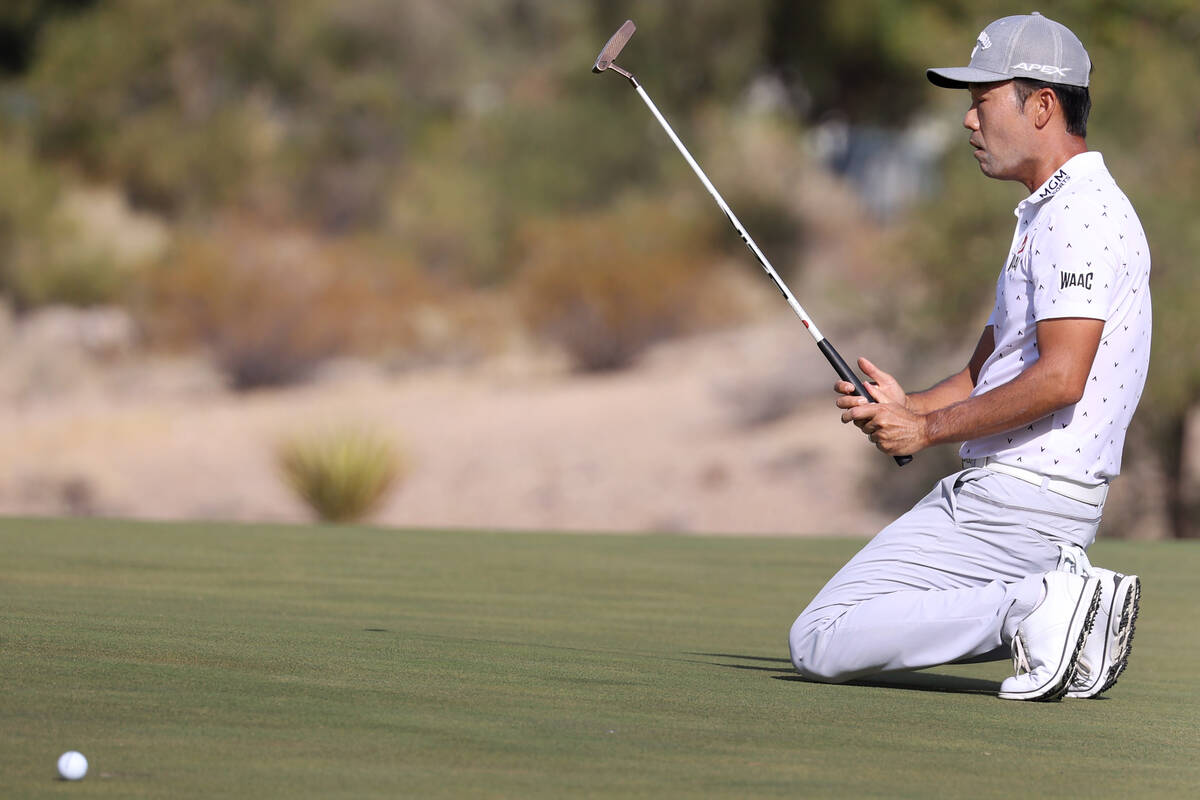 Kevin Na reacts after missing a putt for an eagle at the 15th hole during round three of the 2020 Shriners Hospitals for Children Open at TPC Summerlin in Las Vegas, Saturday, Oct. 10, 2020. (Erik Verduzco / Las Vegas Review-Journal) @Erik_Verduzco

HBO has given football fans a peek behind the curtain of NFL teams while showing off the personalities of the players with its long-running “Hard Knocks” series.

Now Netflix hopes to do the same with a new series on the PGA Tour.

The yet-to-be named series has already been filming for months and will air following the conclusion of the 2022 season. Crews have access to players on and off the course and in locations at tournaments previously off limits to media.

The production has gotten commitments from nearly two dozen players, including most of the top stars. The list includes three Las Vegas-based golfers: Collin Morikawa, Xander Schauffele and Kevin Na.

Similar to “Hard Knocks,” lesser-known players with big personalities, like Homa and Dahmen, have the potential to become the show’s breakout stars.

The production also has commitments from executives at all four major championships — the Masters, U.S. Open, British Open and PGA Championship — for unlimited access.

“This partnership with Netflix presents the PGA Tour and the four major championships an opportunity to tap into a completely new and diverse audience,” Rick Anderson, the tour’s chief media officer, said in a statement. “This documentary will give fans an authentic look into the real lives of our athletes, and what it’s like to win — and lose — during a season on the PGA Tour.”

The show is being produced by Vox Studios, which has made a similar show for Netflix going behind the scenes of auto racing — “Formula 1: Drive to Survive” — and has helped grow the fan base for the sport.

“Our members will love getting to know the players and personalities as well as the iconic venues along the way,” promises Brandon Riegg, Netflix’s VP of documentaries. “Even the most devoted golf fans have never seen the sport quite like this.”

Just how much of the coverage will take place at tournaments and how much will focus on the players away from the course is unknown even to PGA Tour officials who said they will have no editorial control of the show.

The planning has been going on for nearly a year. Na said he was first approached last summer during the U.S. Open at Torrey Pines.

“I think it will be great for the non-golf fans to get a feel for what it’s like on the PGA Tour, and hopefully it brings some more fans to the game of golf,” Na said.

■ Golf’s offseason is officially over this week, with the LPGA Tour and Champions Tour playing their first events of the season, and the Korn Ferry Tour wrapping up its season opener Wednesday in the Bahamas.

■ Painted Desert Golf Club will host the TaylorMade 2-Person Scramble on Jan. 28. Entry is $160 per team and features a 9 a.m. shotgun start.

■ Las Vegas Golf Club will hold a unique event Sunday for two-person teams. The Big Game 3 Way Parlay will feature six holes each of best ball, scramble and alternate shot. Cost is $138 per team, with an 8:30 a.m. shotgun start.