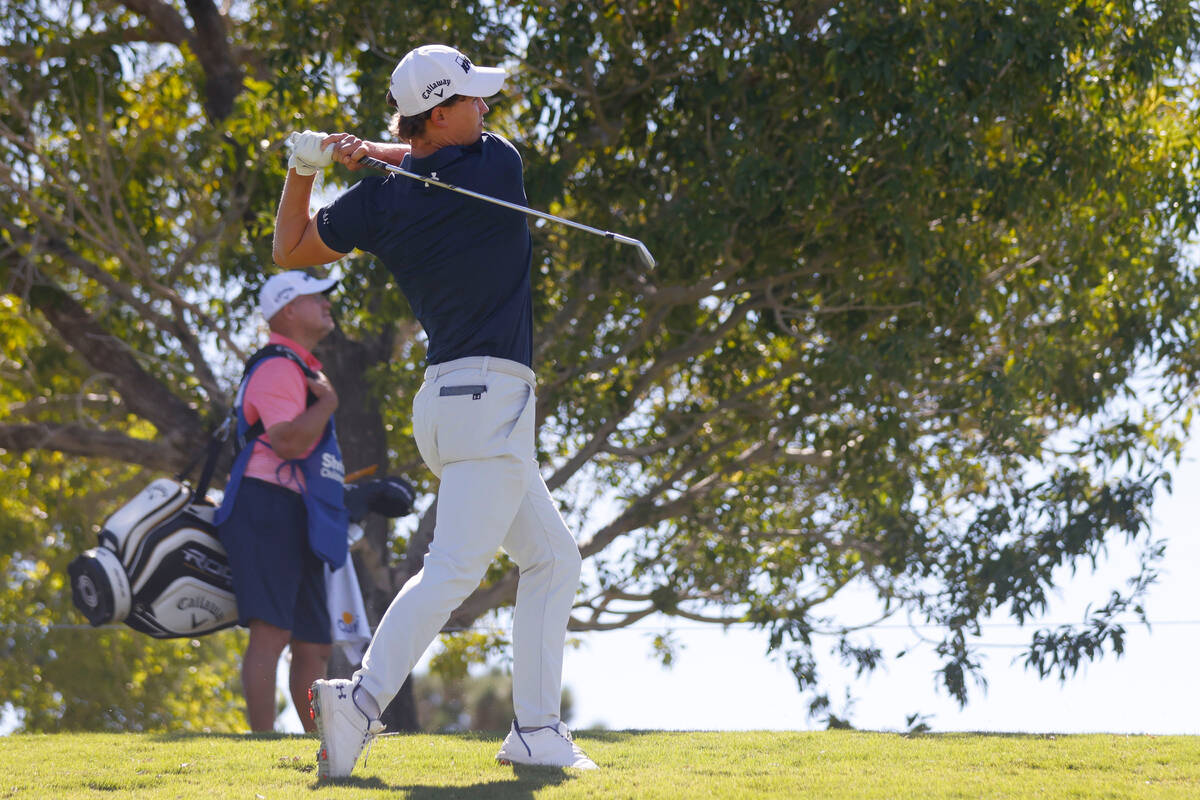 Maverick McNealy, of Las Vegas, watches his drive to the sixteen green during the first round of the Shriners Children's Open tournament at TPC at Summerlin in Las Vegas, on Thursday, Oct. 6, 2022. (Bizuayehu Tesfaye Las Vegas Review-Journal) @btesfaye 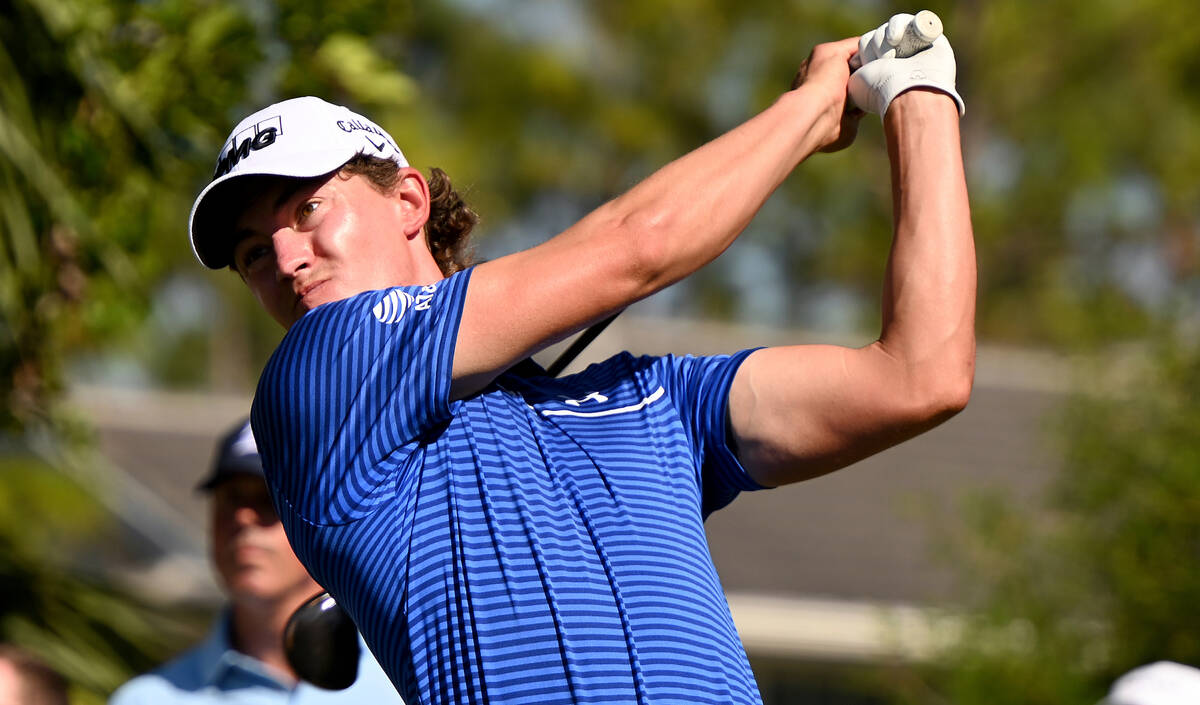 Maverick McNealy tees off on the seventh hole during the second round of the PGA QBE Shootout Golf tournament at the Tiburon Golf Club, Saturday, Dec. 10, 2022, in Naples, Fla. (AP Photo/Chris Tilley)

Maverick McNealy had a deja vu moment during the first round of this year’s Shriners Children’s Open.

Paired with Sam Ryder at the event, McNealy’s thoughts drifted back five years earlier when he and Ryder also played together at TPC Summerlin. That was a week McNealy will never forget.

“That was the week I packed up everything I owned in my mom’s old Ford Explorer and drove to Las Vegas and moved here,” McNealy said. “I’ve been a proud resident for five years, a hockey fan, and lucky to get to play golf courses like TPC Summerlin, TPC Las Vegas, The Summit, Shadow Creek.

McNealy might have been the first in his family to leave California behind, but the Stanford alumnus wasn’t alone in a new city for long.

“My three brothers now live with me. We’re living in the same house together,” he said.

So is Joseph Bramlett, another PGA Tour player and former Stanford standout.

“And my parents are 15 minutes down the street,” McNealy said. “I’ve really put my roots down here.”

The 27-year-old is among close to two dozen PGA Tour players calling Southern Nevada home. Between the lack of state income tax, great weather, excellent golf courses and ease of travel, Nevada has become a magnet for top players.

Away from the course, McNealy can be found at T-Mobile Arena for Golden Knights games or at the airport, where he is pursuing his private pilot’s license.

“I love it, because it’s something I can do. It forces and challenges me mentally,” he said of learning to fly. “It’s a lot of multitasking and information, and it’s also just a lot fun.”

McNealy has gotten into a rhythm on weeks when he’s not on the tour by practicing in the mornings and either working out or flying in the afternoons.

He doesn’t expect to fly himself to tournaments in the future, a tradition started by Arnold Palmer years ago and followed by several other players since.

“But since I started studying and focusing and practicing, my appetite has been greater,” he said of flying. “I’ve been more focused and energized, and just something really fun that I’m passionate about.”

He’s also passionate about golf and is 61st in the world rankings, his highest spot since turning professional five years ago. McNealy is clearly near the top of the list of best players without a win on the PGA Tour.

The fact that the first win hasn’t come doesn’t bother McNealy. He’s more concerned about the process and continuing to get better.

“Wins will happen. There’s so much out of your control to make a win happen that you’ve got to just stick to the process,” he said. “Whether I win next week or win 10 years from now or whatever, I’m now one day closer.”

McNealy has a reputation among his peers as someone who pours over statistics and numbers in an effort to get better. In his mind, it’s an effort to move forward and not dwell on the numbers he doesn’t like.

“It’s really easy to focus on the negatives, but life is too short for that,” he said.

That’s the same attitude he takes when he reflects on his career. And that pairing with Ryder in October gave him pause to do just that.

“It feels like yesterday,” he said of starting his PGA Tour career. “But it also feels like forever ago.”

— Former UNLV standout Dana Finkelstein held on to her LPGA playing card, wrapping up the eight-round Q-School tournament Sunday in a tie for 15th. The top 20 finishers earned full status and the top 45 conditional status for 2023.

— Las Vegas Golf Club is hosting an ugly sweater scramble Sunday. The event begins with an 8 a.m. shotgun start and costs $158 for each two-person team.