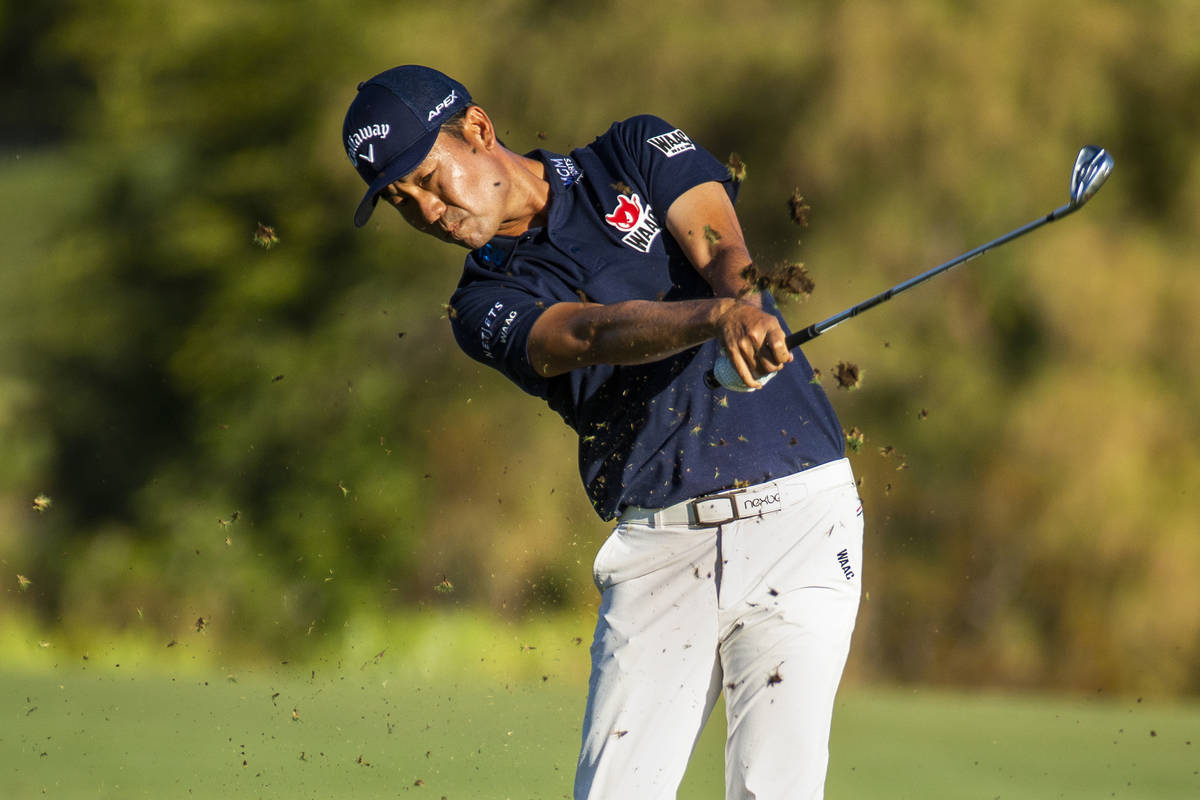 Kevin Na blasts a ball from the fairway on hole 18 during the third round of Shriners Hospitals for Children Open golf tournament at TPC Summerlin on Saturday, Oct. 5, 2019 in Las Vegas. (L.E. Baskow/Las Vegas Review-Journal) @Left_Eye_Images

It’s been 13 weeks since a shot that counted has been struck on the PGA Tour, but that all ends Thursday when professional golf ends its time-out from the coronavirus. But make no mistake, this won’t be the same tournament golf that fans know and love.

The Charles Schwab Challenge in Fort Worth, Texas, is the first of 25 straight weeks of planned events in a reconfigured schedule that places the U.S. Open in September and the Masters in November. The stretch includes the Shriners Hospitals for Children Open in Las Vegas Oct. 8-11.

Plenty of safety precautions will be in effect for these events, the most significant being no fans at the first four events. Missing fairways will take on a new meaning with no fans or grandstands to stop errant shots and no spectators to help locate where they end up.

It should all make for great entertainment, especially in Fort Worth with a loaded field that feels more like a major than a regular tour stop. Players are itching to get back at it. Rory McIlroy and Justin Thomas are playing the event for the first time. Dustin Johnson is in this event for the first time in six years. Bubba Watson hasn’t played since 2008, and Phil Mickelson is playing for just the second time in 10 years.

Also in the field is defending champion Kevin Na, the Las Vegas resident who will also defend at the Shriners in October. Shriners executive director Patrick Lindsey is hopeful Las Vegas will also draw the strongest field in its history.

“There is potential for an incredible field,” he said.

Lindsey expects all of the recent past champions to return, including Na, Patrick Cantlay, Bryson DeChambeau and Webb Simpson, as well as regulars like Tony Finau and Collin Morikawa, who recently moved to Las Vegas. The event has also drawn Brooks Koepka, Rickie Fowler and Mickelson in recent years, so they could easily be back.

But what might really bring some top players is the tournament’s spot on the revamped schedule. The Shriners falls three weeks after the U.S. Open, two weeks after the Ryder Cup and is the final U.S. event on the calendar before the Tour heads to Asia for three weeks.

Lindsey is hopeful a lot of the top players will continue playing after the Ryder Cup to keep their games sharp, especially with the Masters still lurking on the schedule in November.

“We might be in a really good spot,” Lindsey said. “A few players might not want to go to Asia.”

Lindsey and local golf fanswill find out soon enough when players officially begin committing. They have until the Friday before the event to decide, but early commitments should start surfacing by mid-August.

— Four golfers made this year’s Forbes list of the world’s 100 highest earning athletes. Tiger Woods came in at No. 8 with $62.3 million in earnings, with $60 million coming from endorsements. Also on the list are Rory McIlroy at No. 14, Phil Mickelson at No. 25 and Jordan Spieth at No. 52. No female players are on the list. In fact, tennis stars Serena Williams and Naomi Osaka are the only women on the list. Roger Federer sits atop the chart at $106.3 million.

— Longtime LPGA Tour player Angela Stanford has been named an assistant captain for the U.S. Solheim Cup team next year by captain Pat Hurst. Stanford, who still hopes to make the team as a player, has been on six U.S. teams.

— Jim Foss defeated Chip Miller 2-up in the championship match at The Legacy in the men’s club’s annual match play tournament. John Flanagan and Dave Klimek tied for consolation honors. 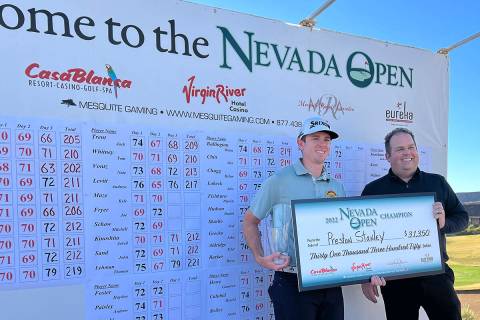 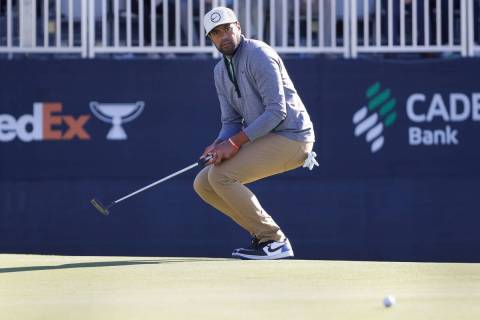 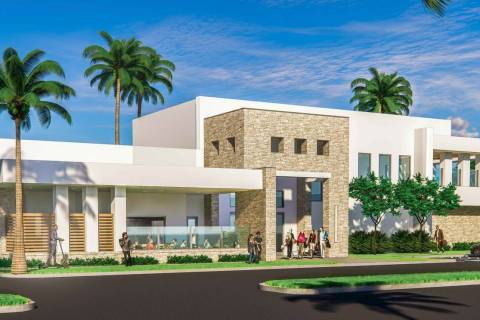 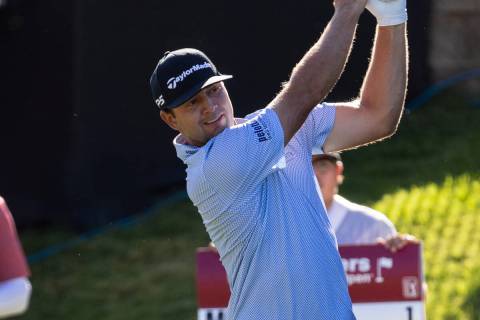 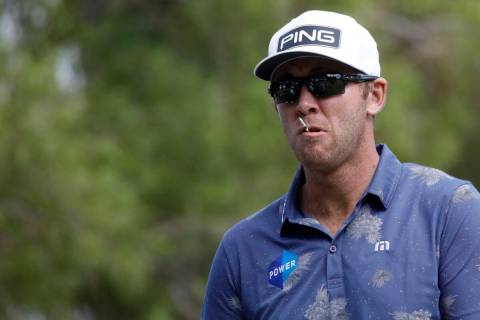 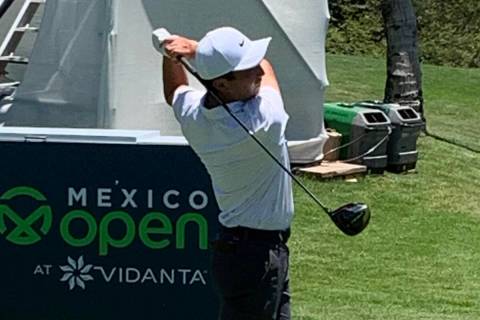 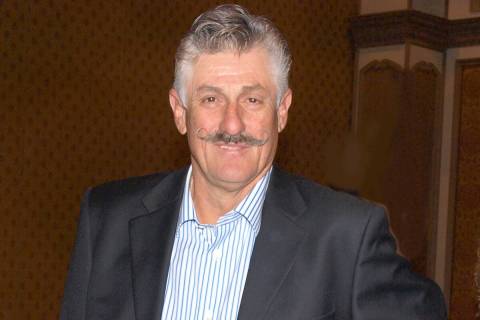