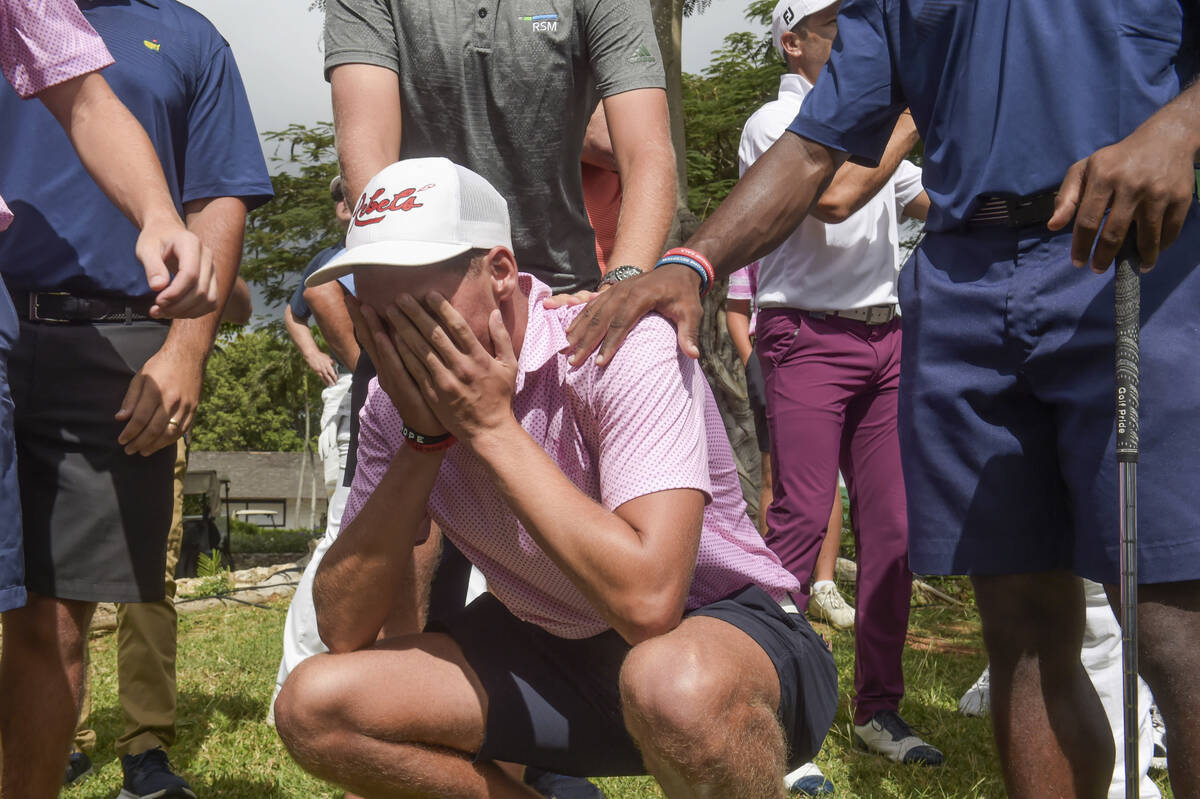 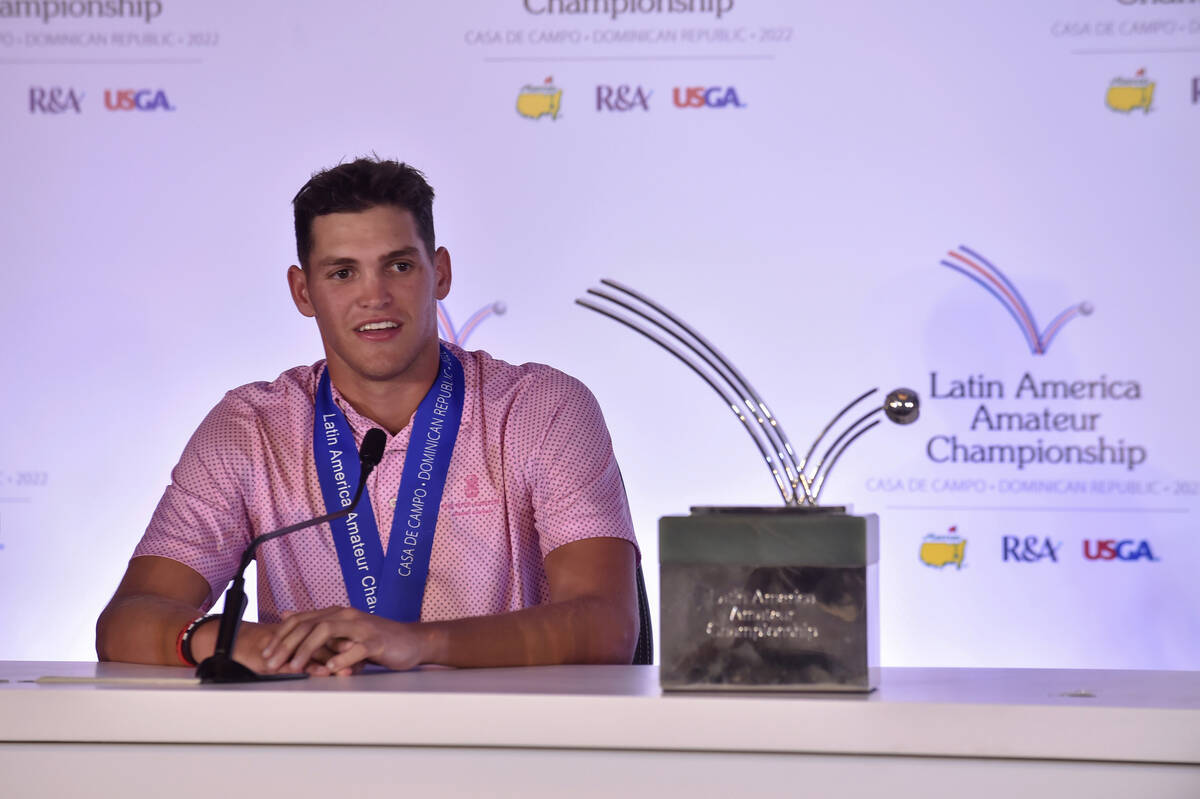 Aaron Jarvis will be missing some time with the UNLV men’s golf team this spring, but the 19-year-old freshman has a pretty good excuse.

Jarvis will be playing in the Masters, the British Open, the U.S Amateur, British Amateur and final qualifying for the U.S. Open.

That’s his reward for winning last month’s Latin American Amateur in the Dominican Republic, where he birdied the final hole to take a one-shot lead, then waited an excruciating half-hour to see if his score would hold up.

That wait, he said, was tougher than the four rounds of golf at Casa de Campo.

“It was nerve wracking,” he said. “I was so nervous. I couldn’t breathe.”

When the final player with a chance to catch him missed a 7-footer, Jarvis was mobbed by his father, brother and friends who had traveled from his native Cayman Islands and other Caribbean nations to watch him win the biggest tournament of his life.

The magnitude of the victory didn’t hit him until he was back in Las Vegas two days later. Between the post-round duties a champion must fulfill and the daylong travel home, Jarvis didn’t have time to take in what had just happened.

“It just hit me,” he said after getting home.

Going into the tournament, Jarvis said everyone knew what was at stake but that he didn’t give it much thought.

“Sure, the prizes are incredible, but you have to just play golf,” he said.

Playing golf is something he has done for nearly a decade. As a 10-year-old he watched his older brother Andrew win the Caribbean Junior Golf Championship at North Sound Golf Club.

That moment made him want to play, “and then it just took over my life.”

He spent years playing North Sound and the nine-hole Ritz Carlton Golf Club, the only two courses in the Cayman Islands.

“I know every blade of grass on those courses,” he said.

Needing more development if he wanted to take his game to another level, he moved at 16 to Windemere Prep in Orlando, Florida, and worked on his golf at the David Leadbetter Academy.

It was there he caught the attention of college coaches, including AJ McInerney, a UNLV assistant at the time but now the interim head coach. Jarvis was the first player he recruited to this year’s team.

“What Aaron accomplished is hard to put into words,” McInerney said. “I am so unbelievably proud of him. The old saying that good things happen to good people couldn’t be more true here. He has invested everything he has into our program and is a true Rebel in all aspects.”

While Jarvis was in the Dominican Republic, the rest of the UNLV team was in Westlake Village, California, prepping for the elite Southwestern Invitational starting the next day. But McInerney delayed practice so the team could gather and watch Jarvis play his final round.

That camaraderie is what has made Jarvis’ first year in school so special. “Those are my guys,” he said.

Jarvis said McInerney will be on his bag for the Masters in April, and he’s using his connections to line up practice rounds and meetings with former Rebels like Adam Scott and Charley Hoffman.

“Not many golfers ever get to go to the Masters,” Jarvis said. “To think I’m going is just insane.”

He’ll also be going to the British Open at the Old Course at St. Andrews.

The goal at both events is to make the cut or be low amateur in the field. They are realistic ideas, he said, especially with the confidence he gained by winning the Latin American Amateur.

“There’s so much to do before then,” he said. “It’s all just pretty crazy.”

— When Aaron Rai birdied the 72nd hole in the final shot hit in regulation at the Farmers Insurance Open, it knocked five players from a tie for 10th to 11th place, including Las Vegan Taylor Montgomery. That one spot was a huge deal. A top-10 finish would have earned Montgomery a spot in this week’s Pebble Beach Pro-Am. Instead, it’s back to the Korn Ferry Tour for Montgomery.

— If recent history continues, don’t expect much from Farmers winner Luke List this week at Pebble Beach. Every tournament winner has missed the cut the following week on the PGA Tour in 2022.