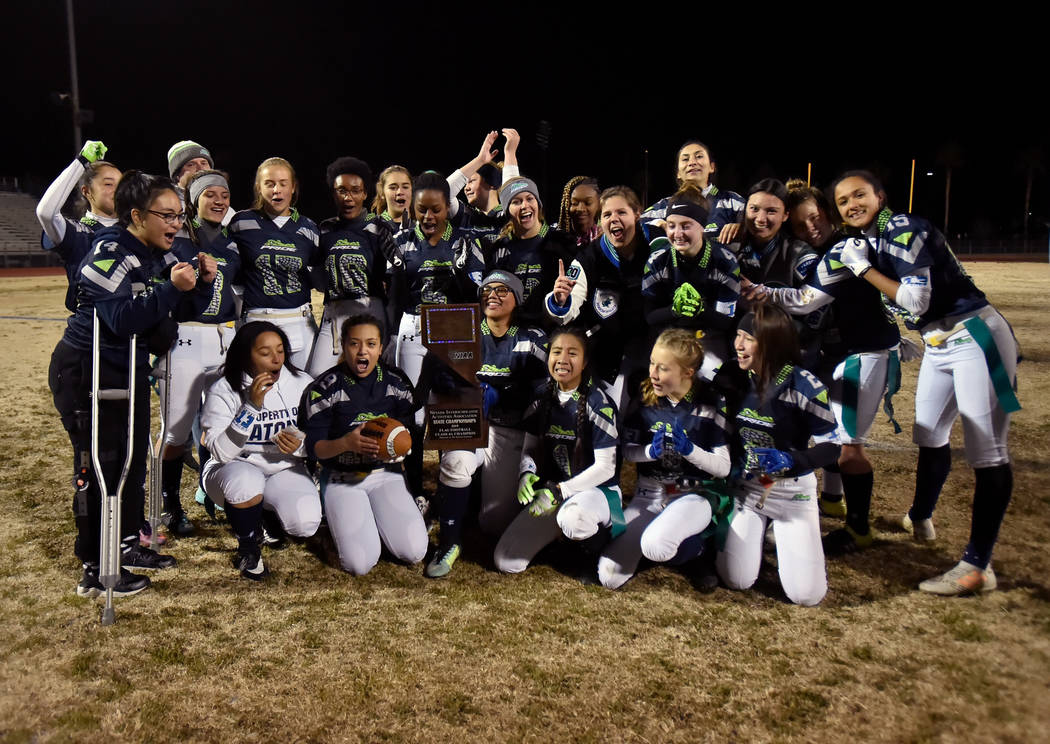 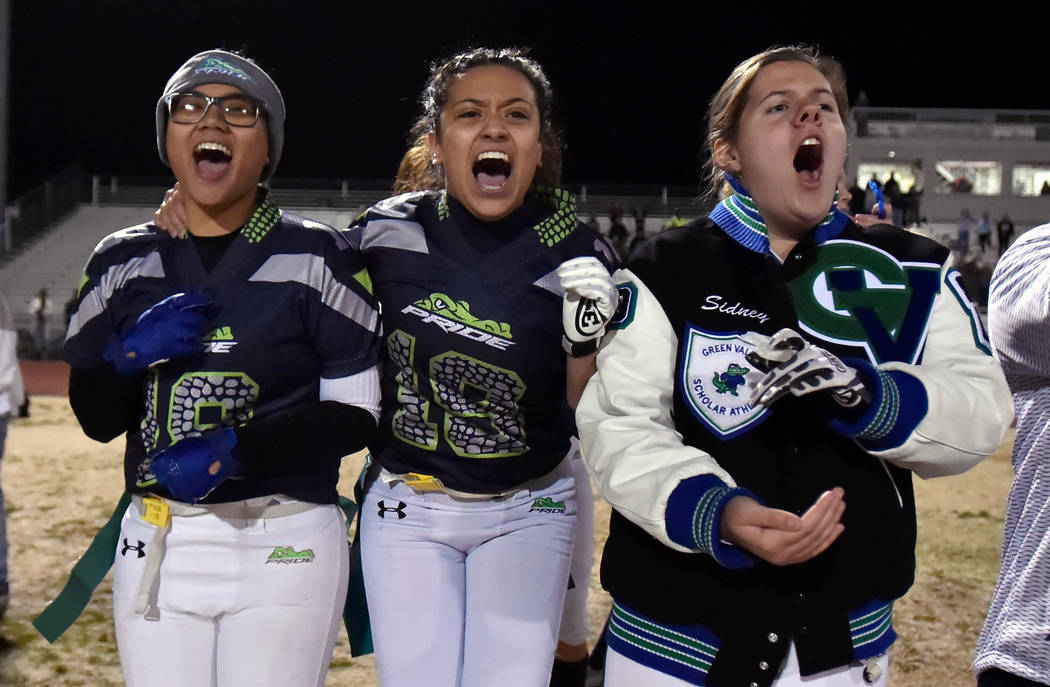 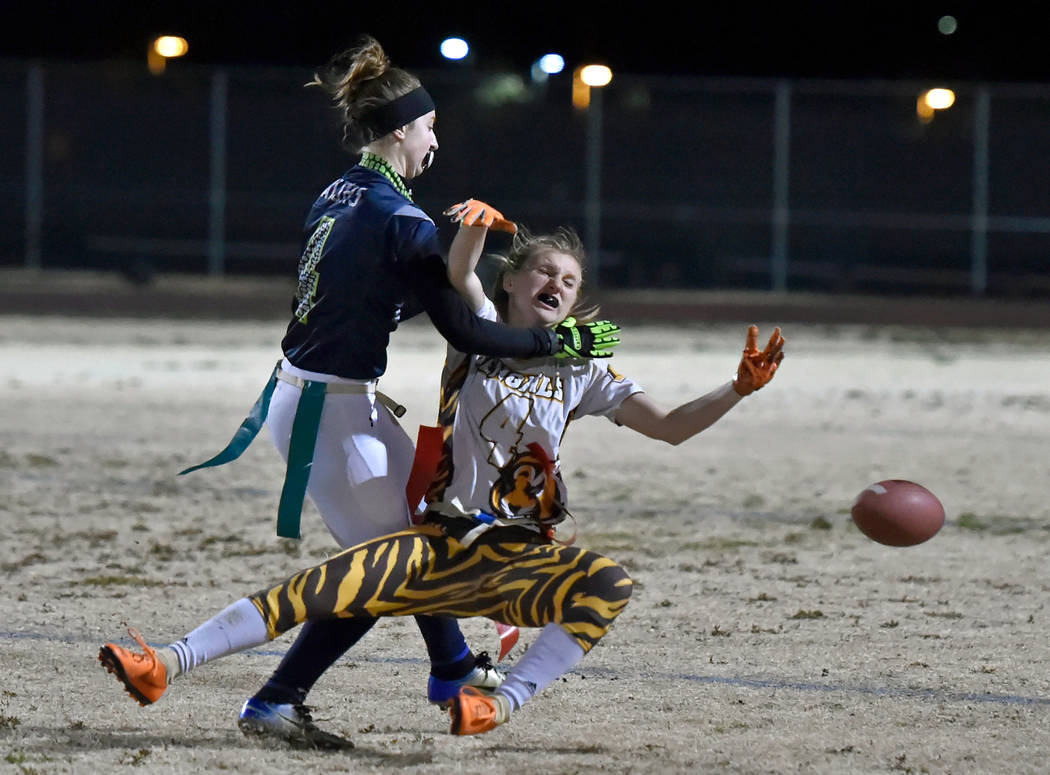 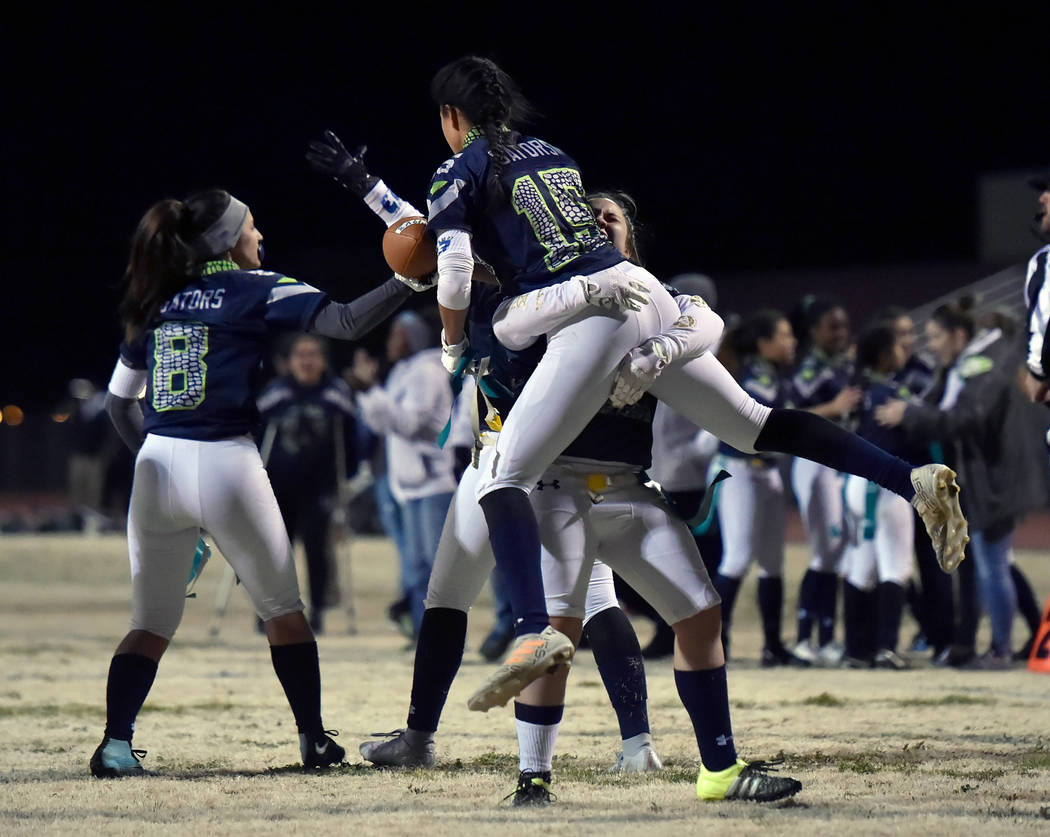 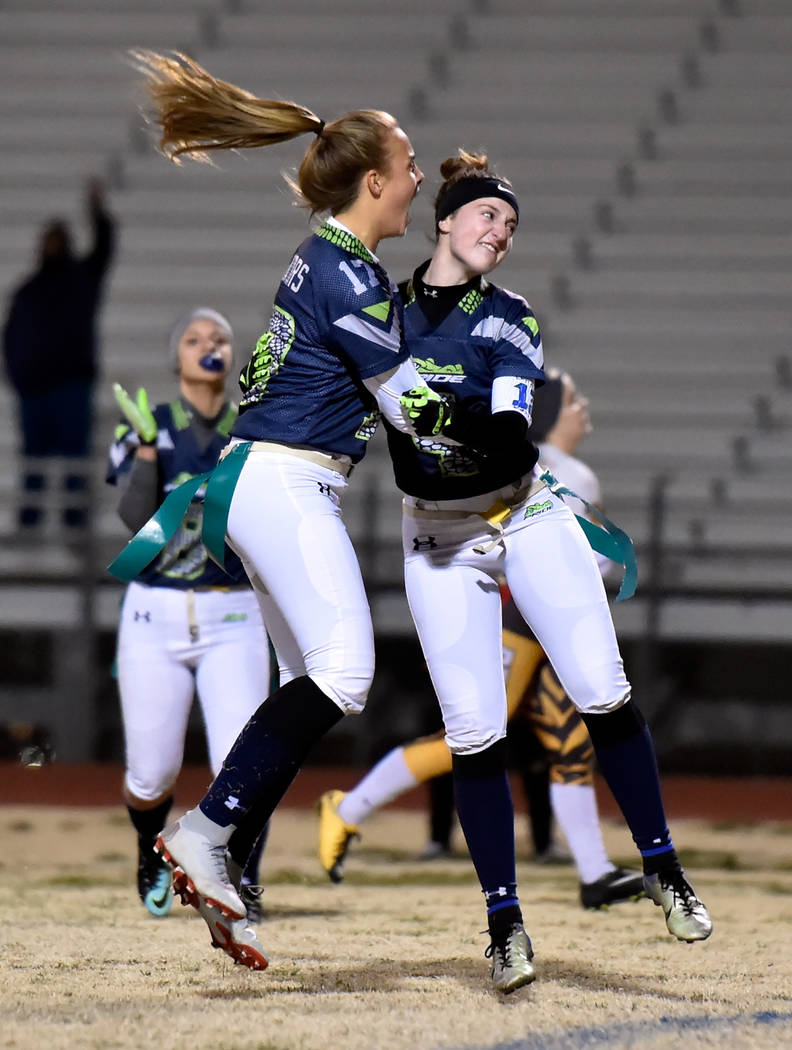 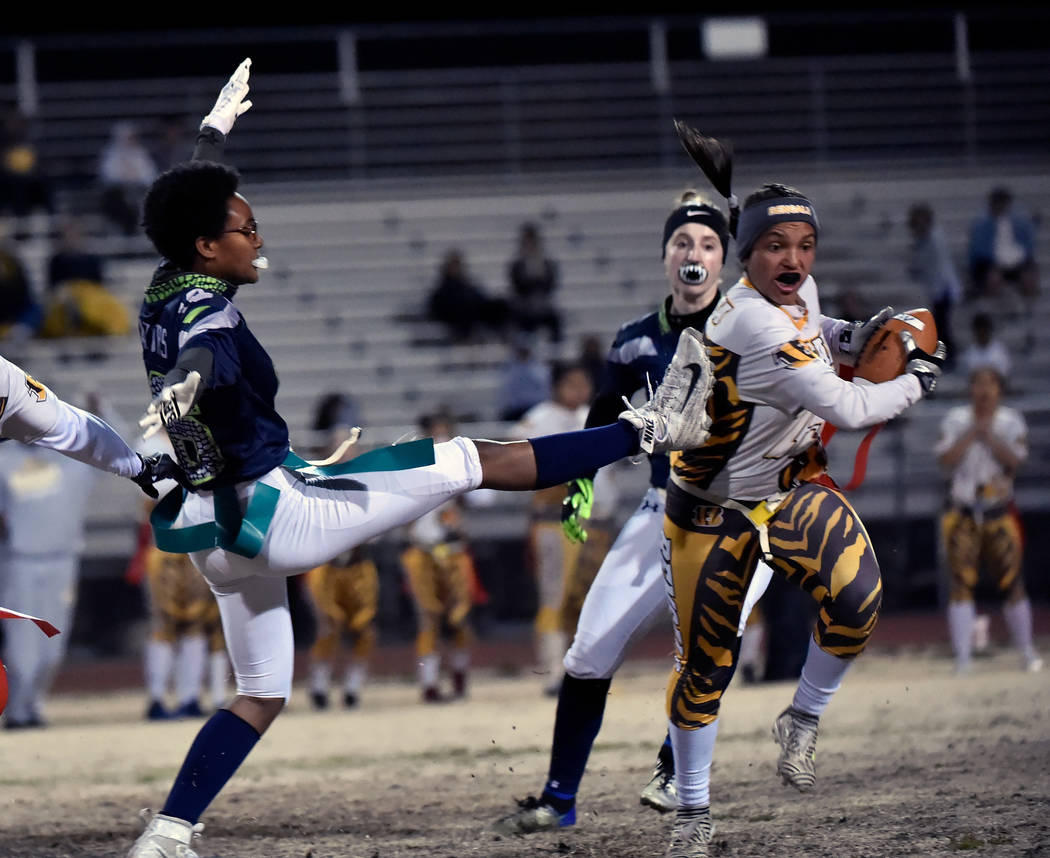 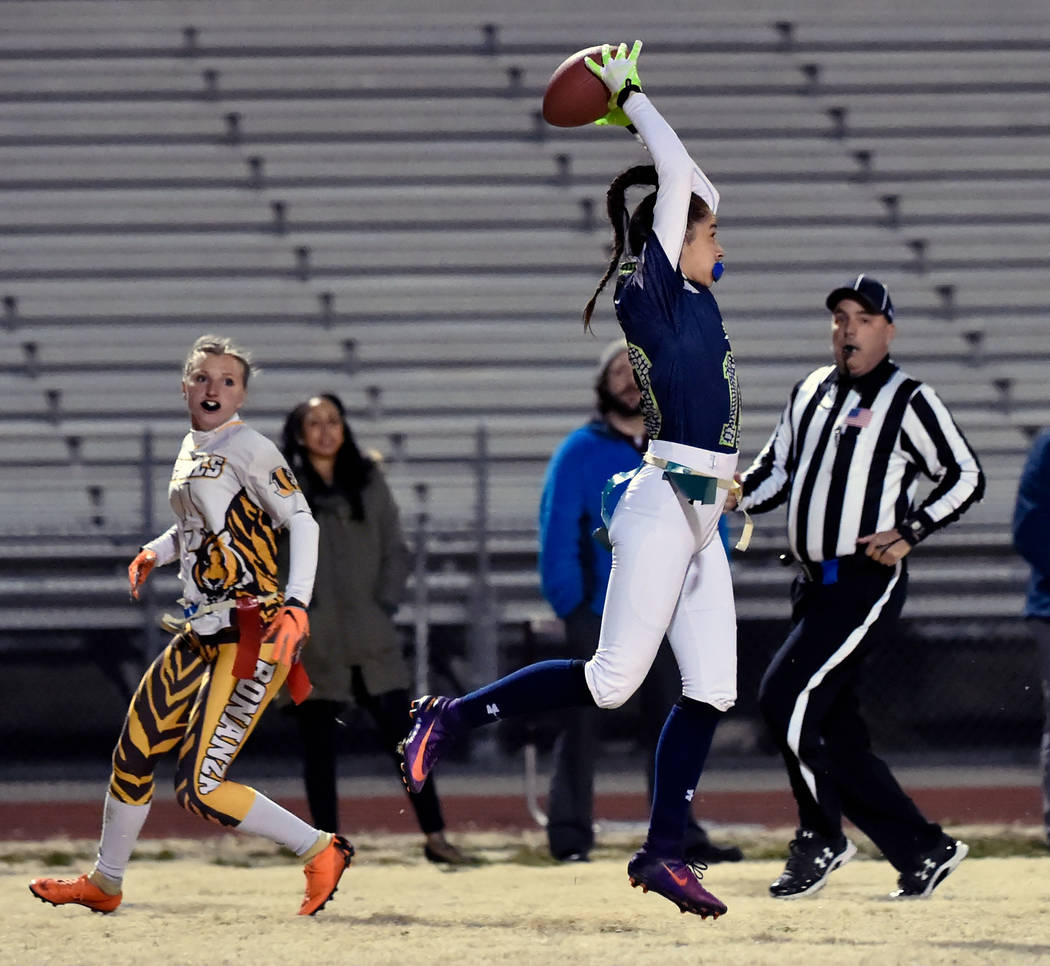 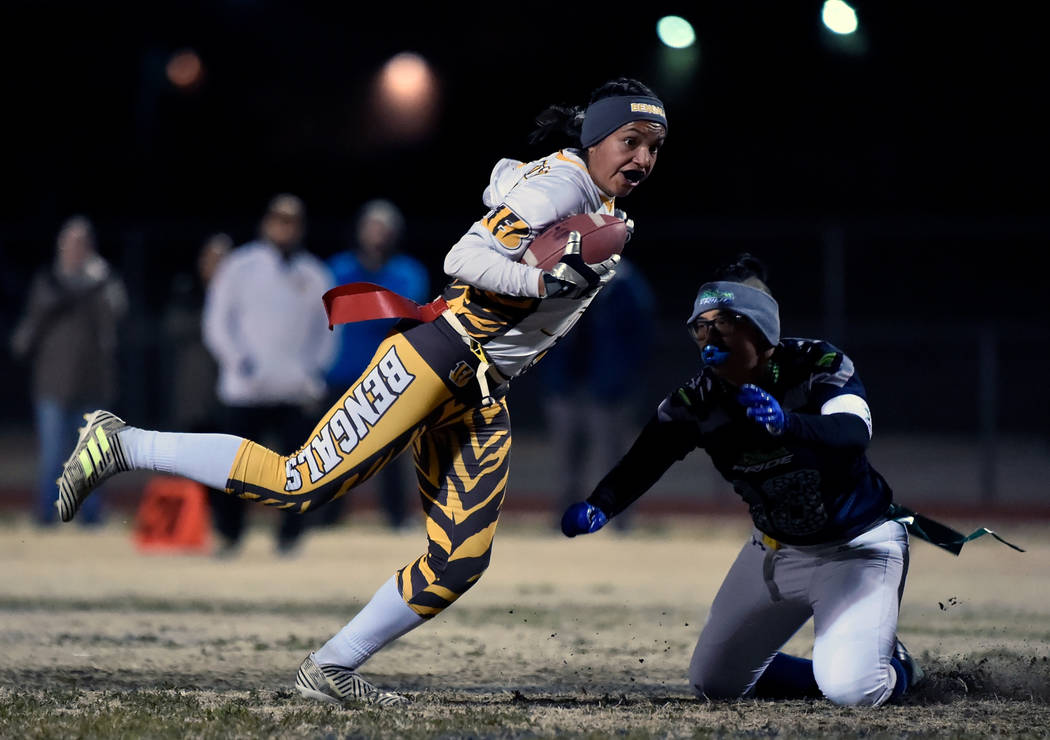 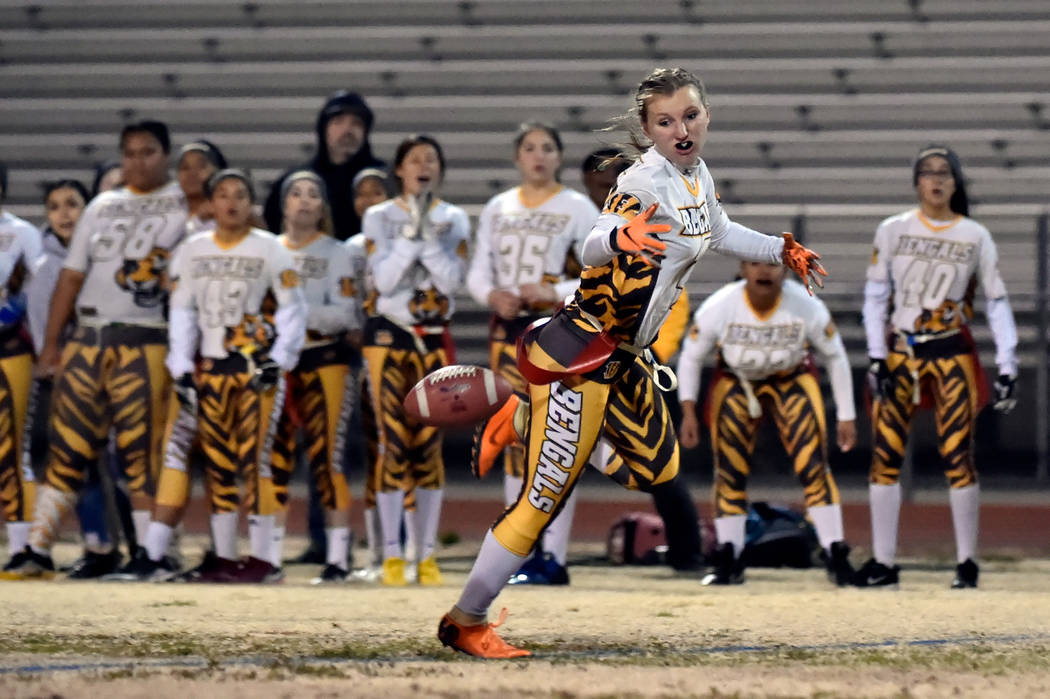 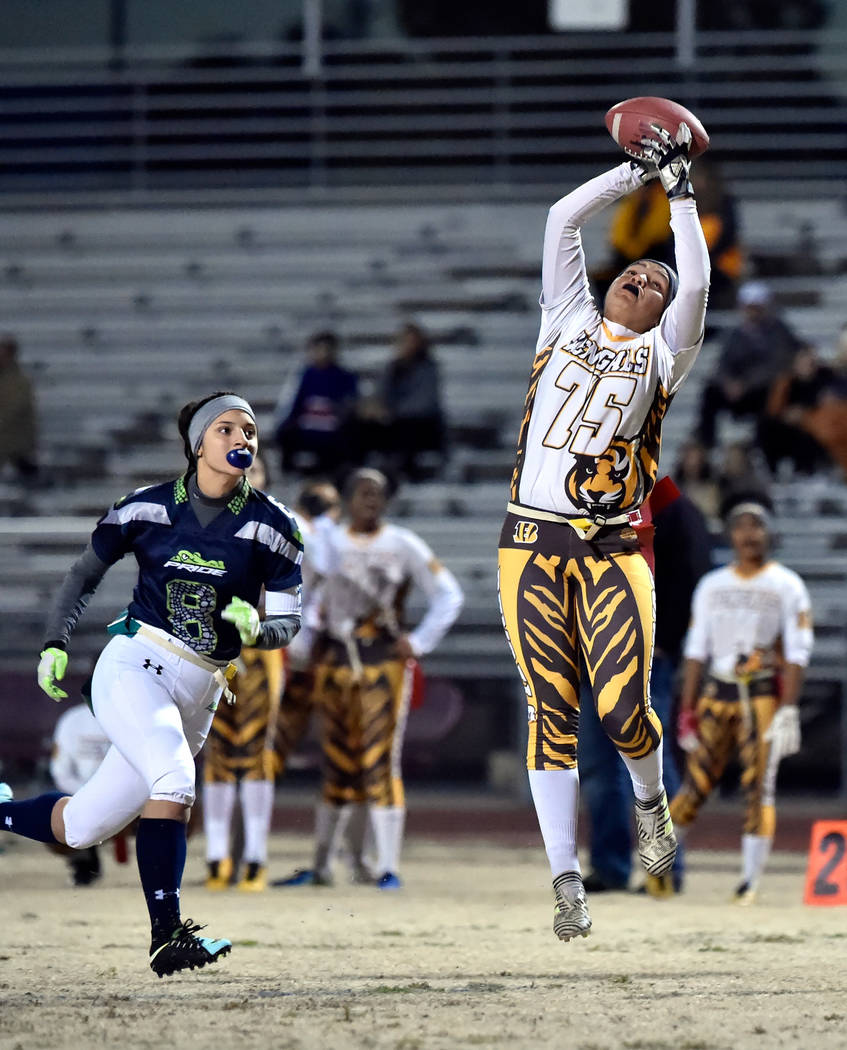 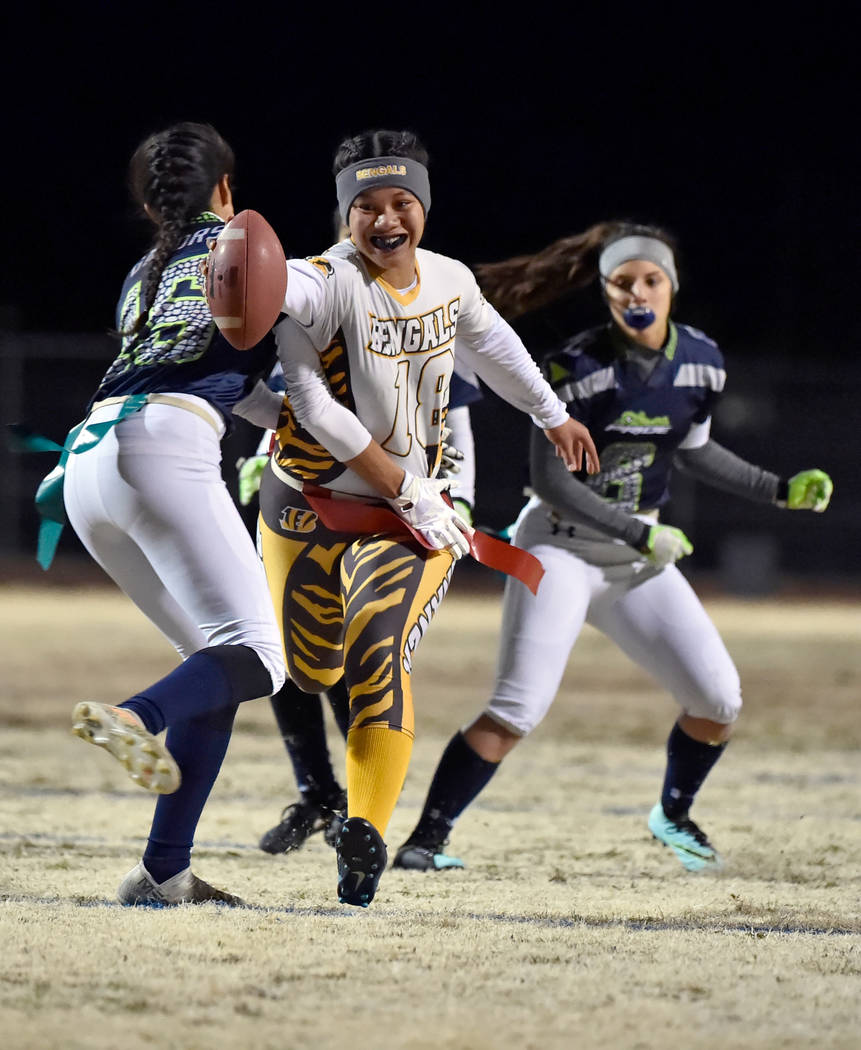 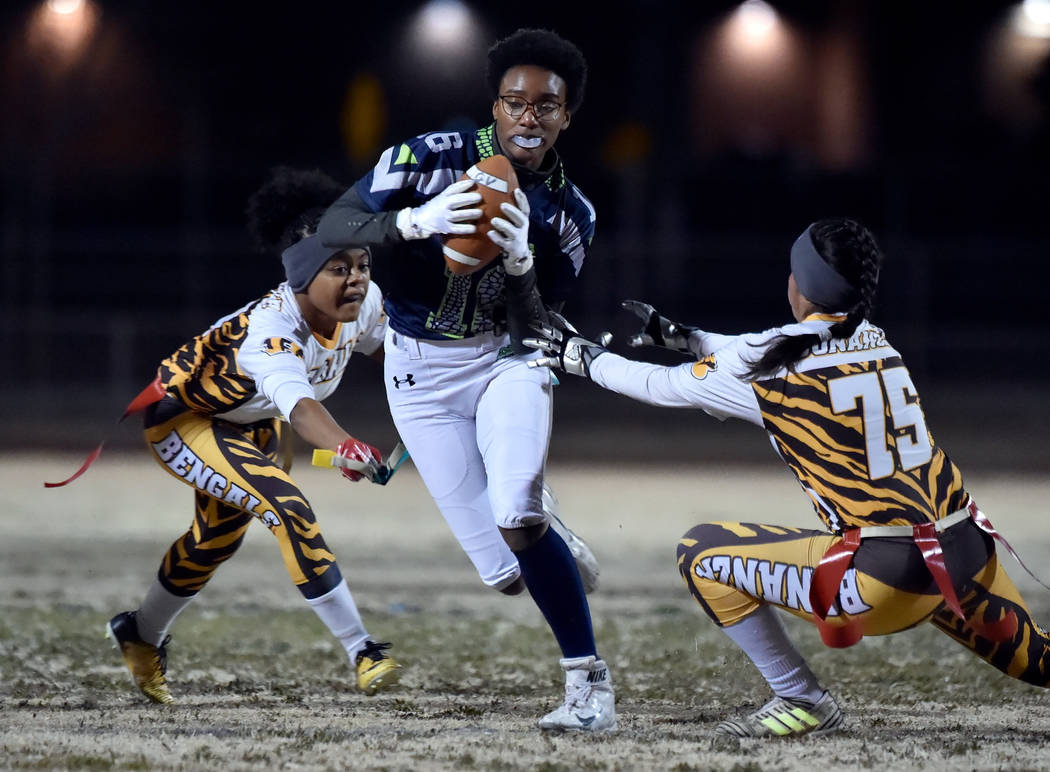 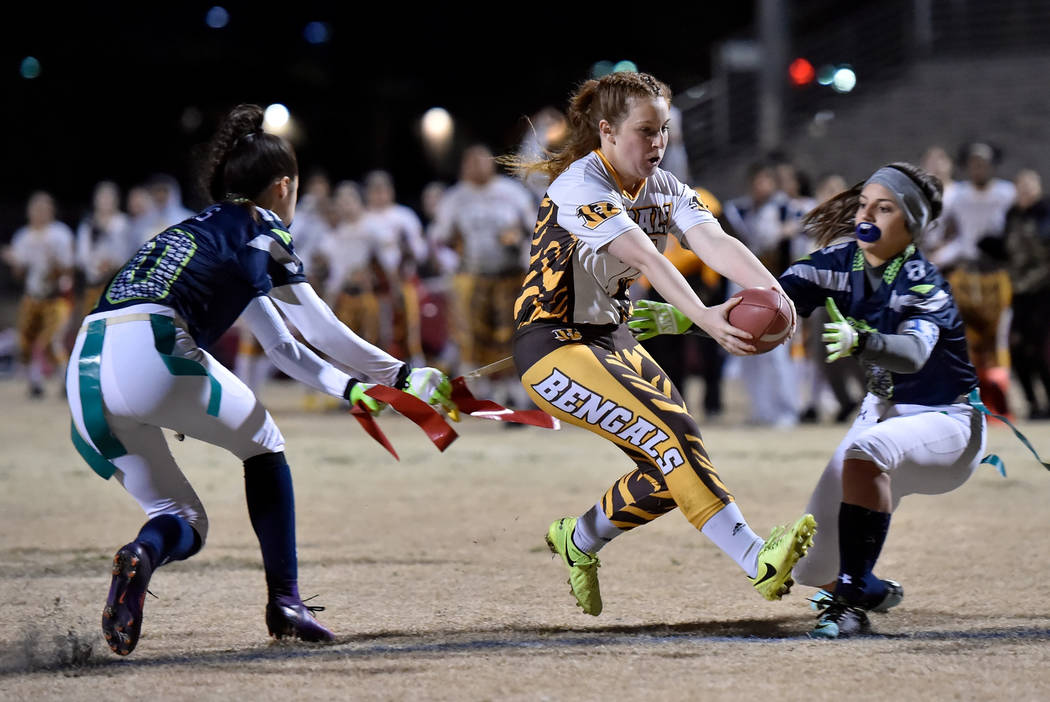 Deborah Grant ran for 189 yards and two touchdowns to twice rally the Green Valley Gators from deficits for a 14-13 win over Bonanza in the Class 4A title game at Cimarron-Memorial on Monday.

“This is awesome,” Grant said. “I started when I was a sophomore and we didn’t win, but I’m glad that we got to win the state championship for my senior year. A lot of good memories.”

The Gators (27-2) finally got on track with about 12 minutes remaining.

Grant lined up at quarterback on the left hash mark while the rest of the offense lined up on the right hash, along with most of Bonanza’s defense. Grant took the shotgun snap and streaked down the sideline on a 55-yard run that tied the game at 6-6.

“Deborah Grant is one of the fastest girls I’ve ever seen touch a football in this sport, and I’ve been doing it for seven years,” Green Valley coach David Torrez said. “We figured that if we could do some sort of trick where we isolate her by herself and see the look we get.”

Bonanza’s Charlene Beck scored on a 7-yard run with two minutes left, then quarterback Cindylou Rasiang ran in the 1-point conversion for a 13-6 lead for Bonanza (17-10).

Grant totaled 60 yards on four carries in the final drive, capped off by a 38-yard touchdown run to cut the lead to 13-12.

Torrez then made a gutsy decision to go for the 2-point conversion for the win.

Del Sol coach Lucas Campbell knew it would take a strong performance from one girl to spark his Dragons against Virgin Valley in the Class 3A state championship at Cimarron-Memorial.

Sparked by senior quarterback Stephanie Tewart, he got a team effort.

Tewart tossed two touchdown passes to Janeth Varela to help the Dragons to a 19-6 win over the Bulldogs and the program’s first state title.

“Steph has been playing great all year,” Campbell said. “She’s really a throwing quarterback, but she’s become super savvy, can run the ball. Her play in 3A has been unmatched and she’s the best quarterback we’ve ever had. She’s really maintained great composure back there and she has great chemistry with her receivers.”

Valerie Perez ran for 76 yards on 13 carries and had two receptions for 84 yards to help bolster the offense.

Del Sol (20-4) also played well defensively, forcing the Bulldogs (20-4) to punt after three plays on eight of their 13 drives. 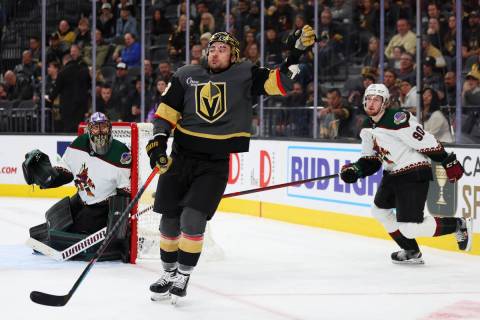