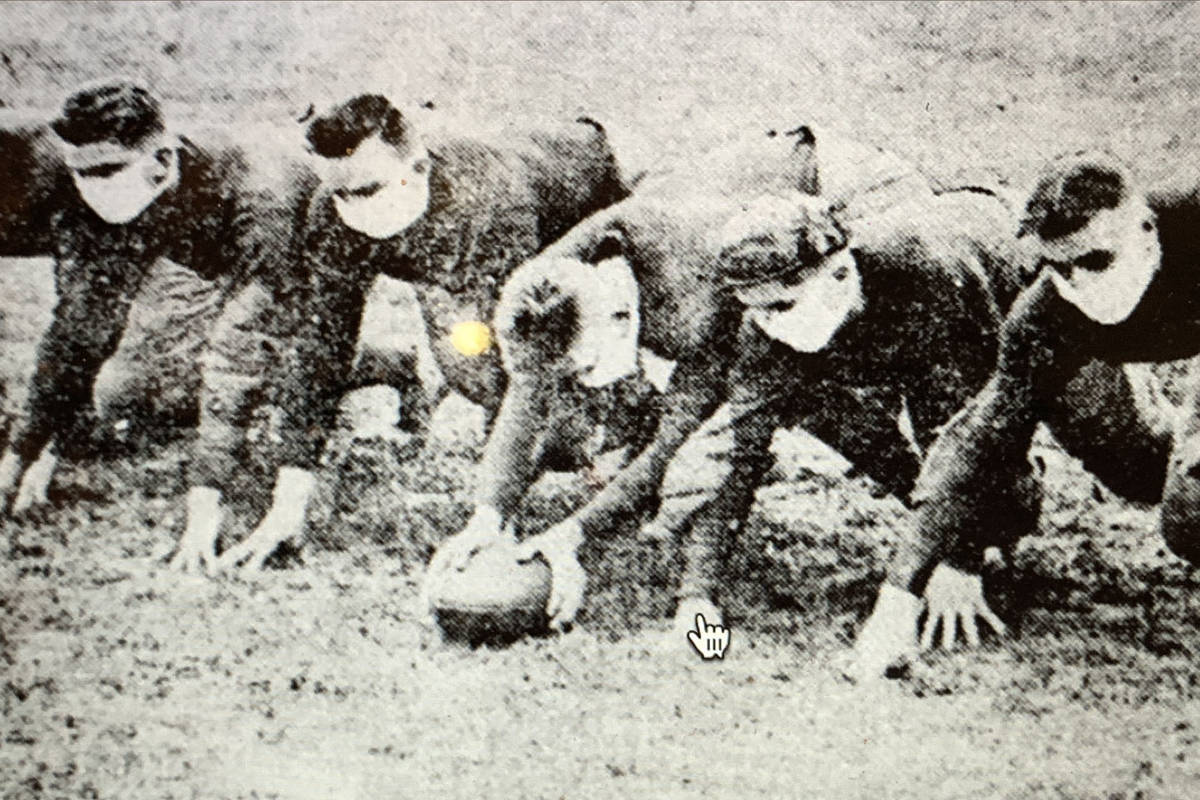 By the time World War I and the global flu pandemic finally ended in 1919, American fans were more than ready to get back to watching sports.

The combination of the war and the virus had shortened the Major League Baseball season, decimated the college football season and prematurely ended hockey’s Stanley Cup Finals.

More importantly, the flu claimed at least 50 million lives worldwide, including about 675,000 in the United States. That toll was even more severe than the war, which took the lives of 20 million soldiers and civilians throughout the world, including more than 116,000 Americans.

Fans not only returned to stadiums and arenas, their interest lifted sports into a new golden age. For sports today, a similar uptick in interest could be one silver lining once the current coronavirus pandemic is finally under control.

The modern sports landscape is much more crowded than it was 100 years ago, but the appetite for live events is similar. It’s clear that fans are eager to return to the days when venues were packed and the term “bubble” applied to basketball teams hoping to qualify for the NCAA Tournament and not where teams attempt to safely play to avoid the coronavirus.

A Thursday game between the Los Angeles Lakers and Los Angeles Clippers, a part of the NBA’s return to regular-season play for the first time in four months, drew a TV audience that was more than double the average for a regular-season NBA game, the league and AT&T Inc’s TNT cable network said on Friday.

On July 23, the game between the New York Yankees and Washington Nationals on the opening night of Major League Baseball’s season was the most-watched regular-season MLB game on any network since 2011, ESPN said.

The impact from the previous pandemic can still be seen in the massive college football stadiums built in the 1920s, which were at least in part in response to the pent-up demand for sports. Those include such historic venues as the Rose Bowl, Los Angeles Memorial Coliseum, Ohio Stadium, Michigan Stadium and Louisiana State’s Tiger Stadium. Attendance at college football games more than doubled over that decade to more than 10 million.

“There were stadiums of 100,000 people,” said Jeremy Swick, historian and curator for the College Football Hall of Fame. “These college towns (at the time) didn’t have 100,000 people.”

Baseball survived not only the war and pandemic but also the Black Sox scandal, in which eight members of the Chicago White Sox were accused of throwing the 1919 World Series against the Cincinnati Reds in exchange for money from a gambling syndicate. The sport then thrived when Babe Ruth lifted it with his mighty bat and made the New York Yankees the game’s dominant organization.

In boxing, Jack Dempsey won the heavyweight title in 1919 and became a must-see attraction, and New York state legalized the sport in 1920 after banning it three years earlier.

“Other states saw that New York was doing well, and they copied the New York model of the athletic commission,” said boxing historian Mike Silver, whose most recent book is “The Night the Referee Hit Back.” “Boxing exploded in the 1920s in popularity, mostly thanks to Jack Dempsey and his promoter, Tex Rickard. It actually was more popular than baseball during the ’20s.”

All this occurred after the uncertainty regarding sports as the war and pandemic raged.

Then, like now, there was no national strategy to limit the pandemic. Unlike now, however, it was much more difficult to communicate a national plan because of the lack of an effective way to communicate to the entire nation. Radio broadcasts didn’t become common until 1920.

The use of masks was controversial then as now. Health officials urged the wearing of face coverings in 1918 and 1919, and some cities mandated their use, but a notable resistance sprang up, with those resisting claiming forced use was a violation of personal liberty.

“You would think 100 years later all the advances that we’ve made, but yet we’re in the exact same situation,” said Rafi Mendelsohn of the website MyHeritage.com. “Certain parallels are quite incredible. … Some of the articles that we’ve uncovered in the MyHeritage records could’ve been written yesterday.”

The sports scene was hit particularly hard by the pandemic.

At least 18 college football teams didn’t play in 1918, including those in the Missouri Valley Conference, which at that time included Kansas, Kansas State and Missouri. The season didn’t begin until October, and most games were played in November. Michigan and Pittsburgh shared the national championship, though neither team played more than five games.

A presidential edict led to baseball shortening its season because players weren’t considered essential workers and had to find a job or sign up for the war effort. The Boston Red Sox defeated the Chicago Cubs in six games in the World Series, which ended Sept. 11, 1918, the final game attracting just 15,238 fans.

The combination of fans at World Series games, soldiers returning from war, those involved in a draft registration drive and a “Win the War for Freedom” parade made Boston the epicenter of the deadly second virus wave. Nearly 50,000 people in Massachusetts contracted the flu that month.

The Stanley Cup Final was declared a draw after five games between the Montreal Canadiens of the NHL and Seattle Metropolitans of the Pacific Coast Hockey Association because both teams were hit with the flu. Montreal, down to three healthy players, offered to forfeit, but Seattle declined. Future Hall of Famer Joe Hall of the Canadiens died April 5, 1919, four days after the Final was declared over.

“Life had pretty much gotten back to completely normal by January and February,” hockey historian Eric Zweig said of early 1919. “When April 1 came, they’re announcing all these guys are sick, it seems to have come from nowhere.”

A Dempsey fight in October 1918 was postponed, and six well-known boxers died during the pandemic.

In horse racing, the Triple Crown races — though they wouldn’t be called by that designation until 1930 — were run both years, but five jockeys died in 1918 from the flu.

Colleges and professional leagues are trying to navigate the current crisis, which at least isn’t compounded by a world war.

The college football season already has been impacted with the Pac-12, Big Ten and SEC opting to play only league games, and the ACC choosing to play a conference schedule plus one non-conference game. The Ivy League and Patriot League canceled the 2020 football season. The Mid-Eastern Athletic Conference announced it may move all fall sports, including football, to the spring.

The Mountain West, to which UNLV belongs, has not announced its plans for sports, including football, this fall.

“It does not matter what kind of safety protocols these football programs put in place because the game undermines all those protocols,” Georgia Tech sports history professor Johnny Smith said. “The question is do you take the hit in the fall? … We’re going to have all classes online in the fall. That may mean we have lower enrollments, which means lower tuition income. But if we make the sacrifice now, maybe we can resume sports in the spring and you can recover those lost dollars.”

The Stanley Cup Finals were declared a draw after five games between the Montreal Canadiens of the NHL and Seattle Metropolitans of the Pacific Coast Hockey Association because both teams were hit with the flu. Montreal, down to three healthy players, offered to forfeit, but Seattle declined. Future Hall of Famer Joe Hall of the Canadiens died April 5, 1919, four days after the Finals were declared over.

Four pro leagues, the NBA, NHL, WNBA and MLS, are attempting to complete their seasons in “bubbles” at centralized locations. MLB has begun playing in empty stadiums, but a recent outbreak of the coronavirus threatens to lead to a cancellation of the season, And the NFL plans to go ahead with its season in front of limited or no crowds.

The hope throughout the American sports world is for some sort of normalcy to return, But Zweig, the hockey historian, issued a warning based on the lessons from the 1919 Stanley Cup Final about the urge to return too quickly.

“They can start up and they can have all the protocols they want,” Zweig said. “We call it flu season, but there’s no schedule. It can start up again at any time.”