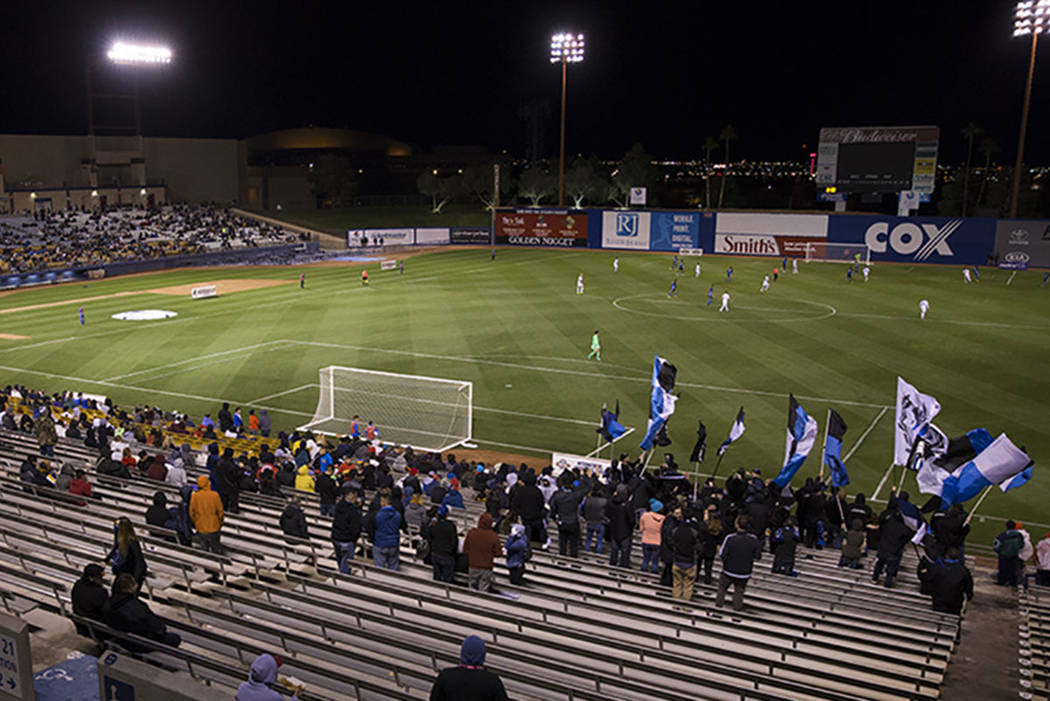 The Las Vegas City Council has spent years trying to entice a professional soccer team to Cashman Field, and next week will vote on a stadium lease agreement for a United Soccer League team to begin play in 2018.

The proposal calls for a 15-year stadium lease agreement between the city and Las Vegas Soccer, LLC, to run from Jan. 1 through 2032. The USL team would share Cashman with the 51s baseball team for the foreseeable future.

“This is a soccer city, it has been at least for as long as I’ve been involved for the past seven years,” Las Vegas Mayor Carolyn Goodman said Wednesday. “We’re thrilled.”

The USL is a men’s minor league that feeds into Major League Soccer, which has affiliate agreements with 22 USL teams. Goodman said she hopes having a USL team will make Las Vegas more attractive for a future MLS expansion.

“Las Vegas is the second largest U.S. market without a professional soccer team and it’s long overdue,” Las Vegas Soccer LLC founder Brett Lashbrook said in a statement Wednesday. “Our goal is to have this club truly reflect the multiculturalism of our community.”

The Las Vegas franchise would likely play in the Western Conference, where Reno, Phoenix and LA Galaxy II are among 15 teams. This season the USL schedule began with exhibitions in early March and the regular season ends in mid-October.

The league’s aveage attendance last year ranged from 17,296 for FC Cincinnati and 11,514 for Sacramento to 243 for FC Montreal and 589 for New York Red Bulls II.

The proposed lease agreement allows the city to terminate if the city enters into “definitive agreement” with an NFL, MLB, NBA or MLS team for the Cashman site, or a developer for another use.

Ownership of Cashman Field, a roughly 10,000-seat stadium in downtown Las Vegas, was transferred last month from the Las Vegas Convention and Visitors Authority to the city. The LVCVA will serve as the stadium’s facility manager as long as the 51s — who have been pursuing a new stadium — play there. If the team leaves, and the USL lease isn’t terminated, the city would need to cover the operating costs of the stadium.

While the LVCVA manages the stadium, the team will be charged $6,000 per event for 25 team games, plus Major League Soccer and college soccer events. Another 20 ticketed soccer-related events will be $10,000 apiece. When the LVCVA is no longer managing the stadium, rent will be $6,000 per event date with no limit on the number of events, and will increase by 3 percent annually.

The City Council is scheduled to consider the proposed agreement July 19.