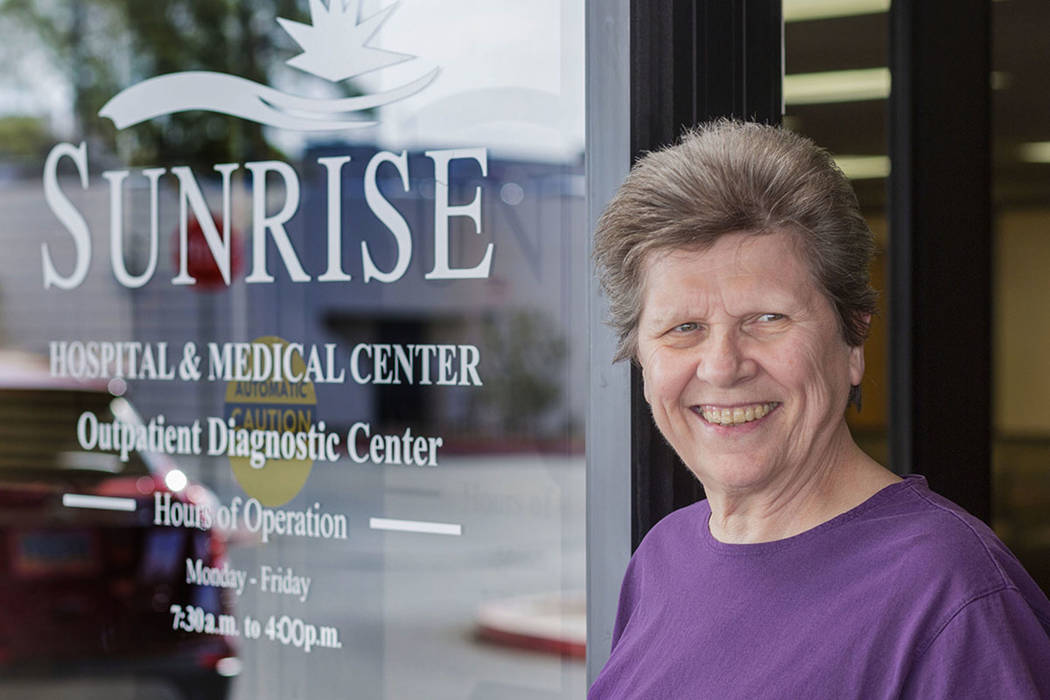 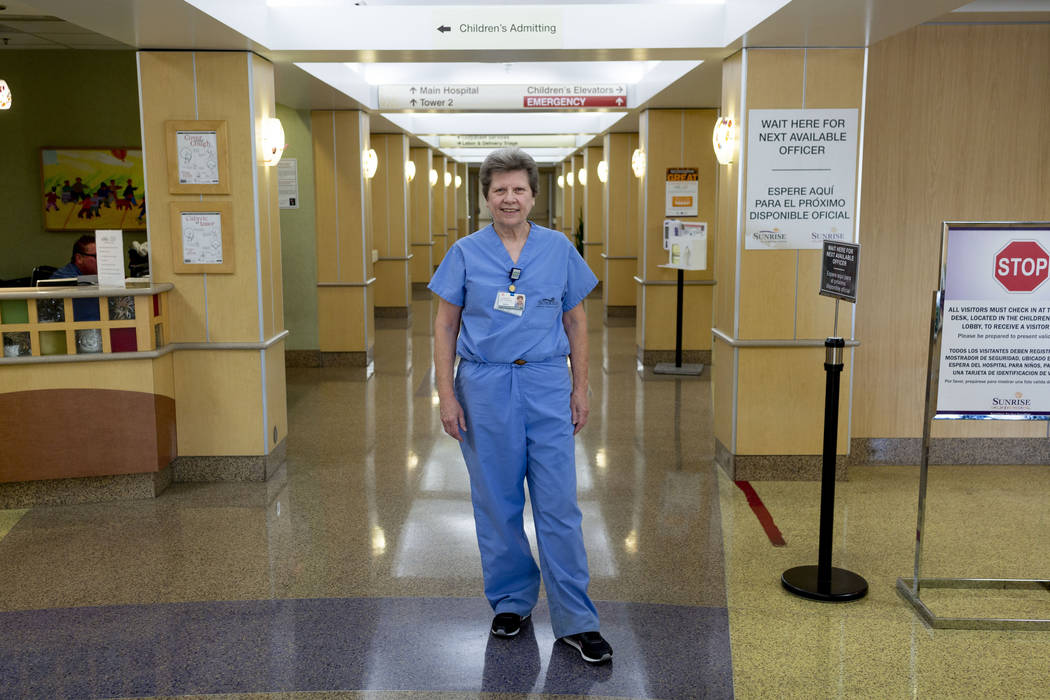 Schweitzer, 73, had signed up for the Rock ‘n’ Roll Marathon in 2016 and 2017, but could not participate because of two untimely surgeries before the races. She’s healthy now, though, and eager to complete the half marathon she’d hoped years ago to start.

“This is probably the event of events because of the fact that she’s not been able to conquer it,” said Nancy Hardin, Schweitzer’s partner of 50 years. “After she’s able to conquer it this time, it’ll mean the world to her. It’s like the peak of the peaks.”

Schweitzer grew up in Southern California and lived briefly in Indiana, but followed her family in 1972 to Las Vegas, where she’s lived since. She started working as a surgical technician at Sunrise Hospital that same year and still works in a more clerical role within the hospital’s surgery department.

She’s scrubbed into more surgeries than she can remember. So she knew what to expect after receiving what she called a “devastating” breast cancer diagnosis in September of 2013. She promptly started chemotherapy and radiation under the direction of her doctors and had surgery to remove the cancerous mass that December.

Schweitzer still takes medication, but doesn’t have any palpable side effects that affect her daily life.

“Is it gone? Who knows?” she said, matter-of-factly.

Schweitzer during her immediate recovery was approached by some friends, who suggested she invigorate her spirit by completing a local 5K. She signed up and walked the entire race, only to receive a package in the mail a few weeks later containing a trophy — awarding her third place in her age division.

And fostering a new hobby in the process.

Schweitzer continued to compete in more 5K and 10K races and began extending her distances, going further and further all year round. She registered for the half marathon at the Rock ‘n’ Roll Marathon in 2016, but tore her meniscus in October — a few weeks before the race — while training on a treadmill.

The repair was rather simple, but it stymied her process and prevented her from running. Plus, there’s always next year, right?

Schweitzer registered for the 2017 Rock ‘n’ Roll Marathon, but was hampered by complications from the breast reconstruction that followed her cancer surgery. She had yet another procedure that November, days before the race. Simple but untimely.

She didn’t bother registering for the 2018 race, citing fear of a third failure.

“I think I didn’t want to be three times the charm,” she said. “(I thought) I probably wasn’t going to make it that time, for whatever reason.”

But a friend encouraged Schweitzer to register once again, and she complied — citing a clean bill of health and an unmitigated sense of determination. She’s already completed a half marathon once before, in 2015 on her 69th birthday in stifling, hot conditions.

She nearly quit twice, but braved through the heat and the distance and proved to herself that she can do it.

This half marathon means a little bit more to Schweitzer.

“I want to experience something this big,” she said. “I’ve been at a lot of fancy 5Ks, 10Ks. But this is a big event. Nation wide. It’s a challenge.”