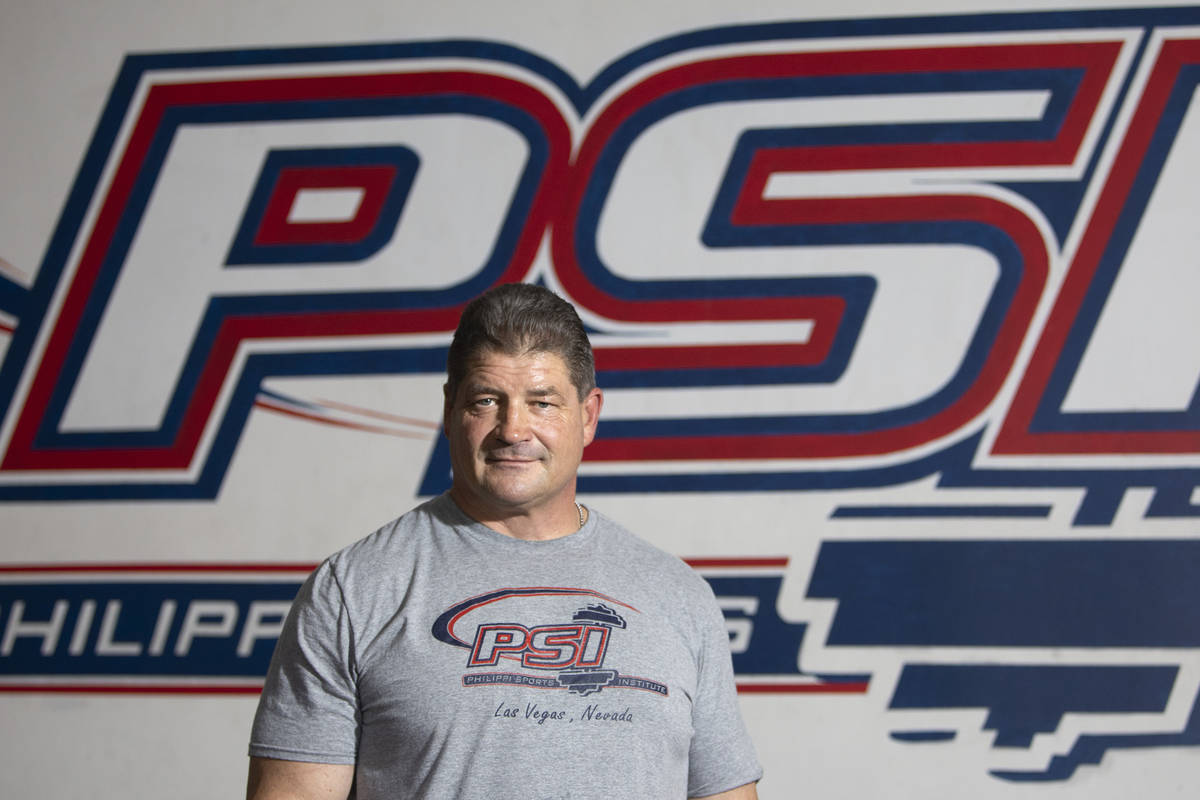 Editor’s note: The Review-Journal’s “Where Are They Now?” series catches up with athletes and coaches who played high school, college or professional sports in the Las Vegas Valley. Stories will run at least once a week.

As one of the world’s strongest men, he pulled firetrucks on national television and twisted steel rebar into the shape of a pretzel with his bare hands.

But Mark Philippi says the inability to clean and jerk the COVID-19 virus has cost him dearly.

“It was a busy time, it was good … and then things came crashing down,” said the former UNLV strength coach and world-renowned strongman who in his previous life was capable of moving refrigerators without a hand truck and tossing a manhole cover from here to Boulder City. (Only the second one is an exaggeration.)

In his current life, he and wife Tracey are co-owners of the Philippi Sports Institute, a gym and training center whose clients have included MLB stars Bryce Harper, Troy Tulowitzki, Nolan Arenado and Dexter Fowler, ex-NBA stalwarts Al Harrington and Jermaine O’Neal; and Golden Knights defenseman Deryk Engelland, when he was still with Calgary.

With most of pro sports on hiatus, there hasn’t been a lot of iron pumping. Philippi also lost his job as strength and conditioning coach of the XFL’s Los Angeles Wildcats. And his return as an assistant coach for the Azerbaijan national wrestling team that won nine medals in the 2016 Summer Olympics in Brazil is on hold.

It’s a good thing his shoulders are broad.

Philippi, 55, grew up in the Milwaukee suburb of Menomonee Falls, Wisconsin. He played on the offensive line at Montana Tech, where he earned a degree in mining engineering.

Before he began to twist steel with his bare hands, he helped manufacture it at the Inland Steel Company in East Chicago, Indiana. He began power lifting and strongman training at Quads Gym in Calumet City, Illinois — aka the “Land of the Giants” for having produced several world-class body builders and weightlifters.

He was crowned America’s Strongest Man in 1997 and represented the U.S. seven times in the World’s Strongest Man competition. There was a time when you couldn’t turn on ESPN in the wee hours without seeing Philippi perform an outrageous feat of strength.

That was a double-edged sword, he said. It helped him acquire a reputation and sponsors, but did little to dispel the notion there’s a lot more to lifting ponderous inanimate objects than grunting and making the veins in one’s neck bulge.

“When you’re really big, people don’t think you know anything about getting guys (fast and agile),” he said of training world-class athletes in the more traditional sports. “There’s a mental toughness behind having something on your back that you are not sure you can lift.”

For now, the strongman said he would gladly settle for getting this virus off his back and doing everybody in sports a big favor.