If UNLV figured to get beat Saturday, it would be by the right arm of San Jose State’s David Fales.

No Mountain West quarterback was playing better, having put together five consecutive 300-yard passing games before this one at Sam Boyd Stadium.

But then the Rebels went out and held the two-year starter to a career-low 150 yards, limiting him to 15 of 30 completions and even intercepting Fales twice.

No, it wasn’t Fales who beat the Rebels. San Jose State’s running game did the job, accounting for 312 yards, with Jarrod Lawson rushing for 187 in the Spartans’ 34-24 victory.

“We went into the game thinking we wanted them to lean on the run,” Rebels coach Bobby Hauck said. “But even at halftime we discussed changing up some of the things we were doing defensively to be a little saltier against the run, and we really did not want the quarterback to beat us.

“They beat us the old-fashioned way. They ran the ball.”

Hauck said the Rebels faltered by not properly defending their assigned gaps, allowing San Jose State to run the ball like it was Air Force.

The Spartans’ running game had been improving in recent weeks, even if it remained overshadowed by Fales’ exploits.

San Jose State averaged 163.5 yards rushing over the prior four games after gaining just a 74.7-yard average in their first three outings.

Then came this game, the Spartans taking their running game to another level. This was their top rushing performance since gaining 476 yards against Louisiana Tech in October 2006.

“That’s why I’m such a believer in having a balanced attack and not living in the passing world,” San Jose State coach Ron Caragher said. “Maybe some days you might be off. Maybe inclement weather down the road and you need to be able to run the ball.”

San Jose State used the running game to make some key plays in the fourth quarter.

The first occurred on third-and-7 when Thomas Tucker took a delayed handoff 37 yards for a touchdown to expand the lead to 31-17 with 10:49 left. A stop there, and perhaps the Rebels force a punt with the game still within a score.

“We had every gap filled up with pressure, and we were lacking gap integrity on that play,” Hauck said. “They ran a play they should not be good (against) what we ran, and they executed it for a touchdown. That kind of epitomizes the day a little bit.”

Then after the Rebels scored a touchdown to cut the lead to 31-24, San Jose State ran on seven of eight plays to set up what became the clinching field goal.

A Spartans victory wasn’t unexpected; they were 4½-point favorites.

Winning on the ground was surprising.

“Teams are going to come out and do what you don’t expect them to do,” said UNLV safety Frank Crawford, who made his fourth interception of the season. “We’ve got to be able to stop it.” 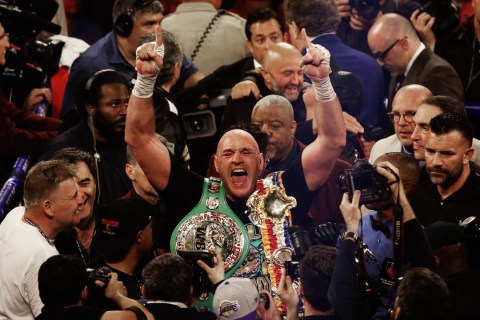 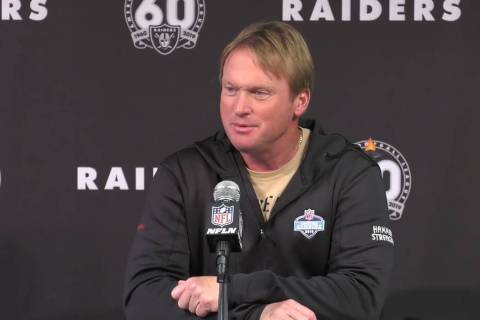 The Las Vegas Raiders might be coming sooner than most believe. Coach Jon Gruden announced the team will hold its mandatory mini-camp in June in the Las Vegas area. 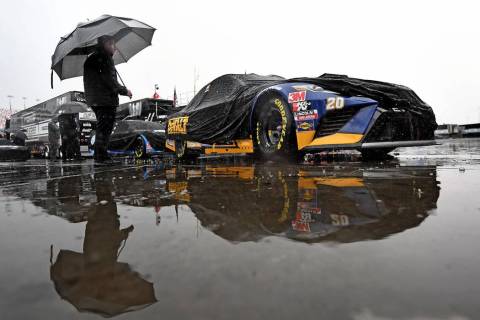