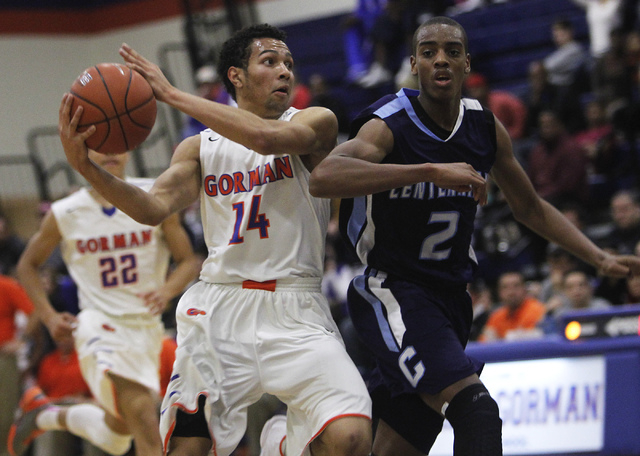 It’s a growing trend to mock the use of a fax machine to send college coaches a letter of intent. But Wednesday, there wasn’t much to joke about.

Not a buzz or a beep or even a whirr.

While Wednesday marked the opening of the NCAA’s “regular period” for student-athletes to sign their letter of intent, none of the area’s top unsigned senior basketball prospects — including Findlay Prep guard Rashad Vaughn — faxed in paperwork to their future schools.

The signing period ends May 21 for Division I basketball and Aug. 1 for all other sports, including Division II basketball.

UNLV fans can rest easy as Vaughn, who will play in the Jordan Brand Classic all-star game Friday at the Barclays Center in Brooklyn, N.Y., is set to sign with the Rebels. And spring break is partly to blame for the delay in some signatures.

Robotham, the Review-Journal and Gatorade state player of the year, has a top three of Akron, Boston College and San Jose State, according to Gorman coach Grant Rice. Robotham isn’t expected to sign until next week at the earliest.

“Those are the schools he’s focused on,” Rice said. “He has a few other offers he’s kind of thinking about, but he’s not signing just because it’s signing day.”

Robotham made an official visit March 17 to San Jose State, where he would be reunited with Gorman graduate Rashad Muhammad. Robotham had an in-home visit with Akron coach Keith Dambrot last month and visited the school the weekend of March 30. Also, new Boston College coach Jim Christian recruited Robotham while he was still at Ohio.

The 6-foot Robotham averaged a team-high 16.0 points, 7.1 assists and 3.1 steals as the Gaels won their third straight large-school state title. A two-star prospect by Rivals.com and Scout.com, he is the program’s all-time winningest player with 112 victories.

Canyon Springs point guard Shaquile Carr, who made a nonbinding oral commitment to Texas-El Paso in January, was not part of a four-player recruiting class announced by the school. A spokesperson for UTEP said Wednesday the program is not expecting to receive any more letters of intent during this signing period.

Carr averaged 17.0 points and was a second-team all-state selection as the Pioneers reached the Division I state title game. He is a three-star recruit by ESPN.com and Rivals.com.

“They want him to take the ACT again and see if he can get a better score,” Canyon Springs coach Freddie Banks said. “He’ll sign some time in May, I think.”