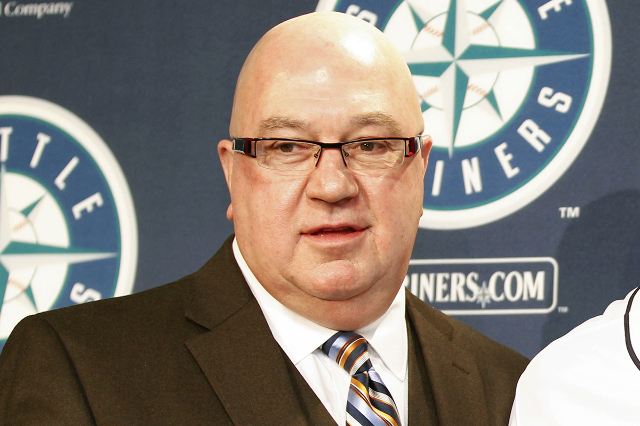 The Seattle Mariners fired general manager Jack Zduriencik on Friday after the team struggled to a 59-69 record this year in another disappointing season.

Jeff Kingston, who has been the Mariners’ assistant general manager since 2009, will handle the GM responsibilities for the remainder of the 2015 regular season.

“We have reached the point when change of leadership of our baseball operations is needed for the Seattle Mariners to reach our goal of winning championships,” Mariners president and chief operating officer Kevin Mather said in a statement. “We are very disappointed with the results this season, and are not satisfied with the current operation. The search for a permanent general manager will begin immediately, and while there is no deadline, we expect to have a new GM in place as soon as practical.

“We have great respect for Jack and his work ethic. He was an excellent representative of the Mariners both within the game of baseball and in the community. On behalf of the entire organization, I wish him and (his wife) Debbie all the best, and thank him for all his efforts.”

Zduriencik, 64, was in his seventh season as head of the Mariners’ baseball operations after being named to the position on Oct. 22, 2008. Prior to joining the Mariners, the 32-year veteran of Major League Baseball spent nine seasons with the Milwaukee Brewers’ organization, including the final year there as vice president/special assistant to the general manager for player personnel.

“On behalf of our ownership group, I want to thank Jack for his loyalty and hard work over the years, and for the quiet dignity with which he has carried himself,” Mariners chief executive officer Howard Lincoln said. “During his tenure, Jack was dedicated to building a winning team, and at the same time, has embodied the Mariners commitment to the community by supporting many charities and causes, and making a difference in our community. We wish Jack and his lovely wife Debbie all the best.”

Kingston joined the Mariners in 2009 after spending nine years working with the San Diego Padres, serving the final seven seasons as director of baseball operations.