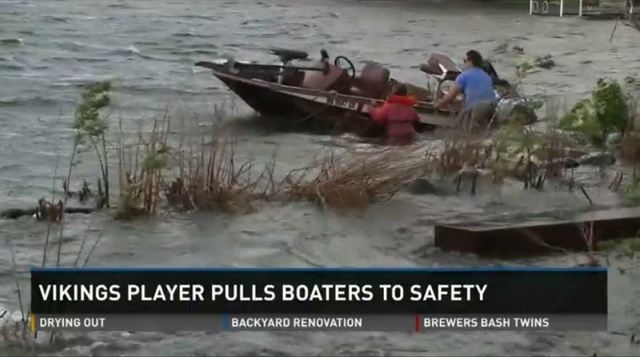 Minnesota Vikings linebacker Chad Greenway happened to be in the right place at the right time on Monday when some stranded boaters needed help.

And the heroic rescue was all caught on video.

“We were looking at all the beautiful houses and all of the sudden the steering wheel wouldn’t turn and we were going in circles,” boater Crystal Alexis told KARE 11. “It just got scary close to the rocks.”

The couple got stuck on Lake Minnetonka near the spillway and were waiting for the water patrol when Greenway spotted the couple in the water.

“I just ran down,” Greenway told KARE 11. “And I figured I’d help them out. It looked like it was dangerous. The waves are so big and the wind is so strong today that it pushed him right into the rocks, so we had to get him off the rocks, his prop cleared out of the rope, and get him turned in the right direction.”

Greenway went even further to help the couple — driving them around the lake to pick up their car and boat. 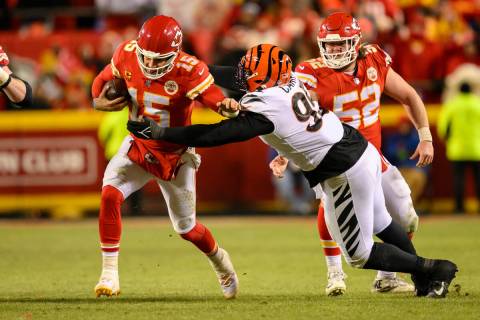