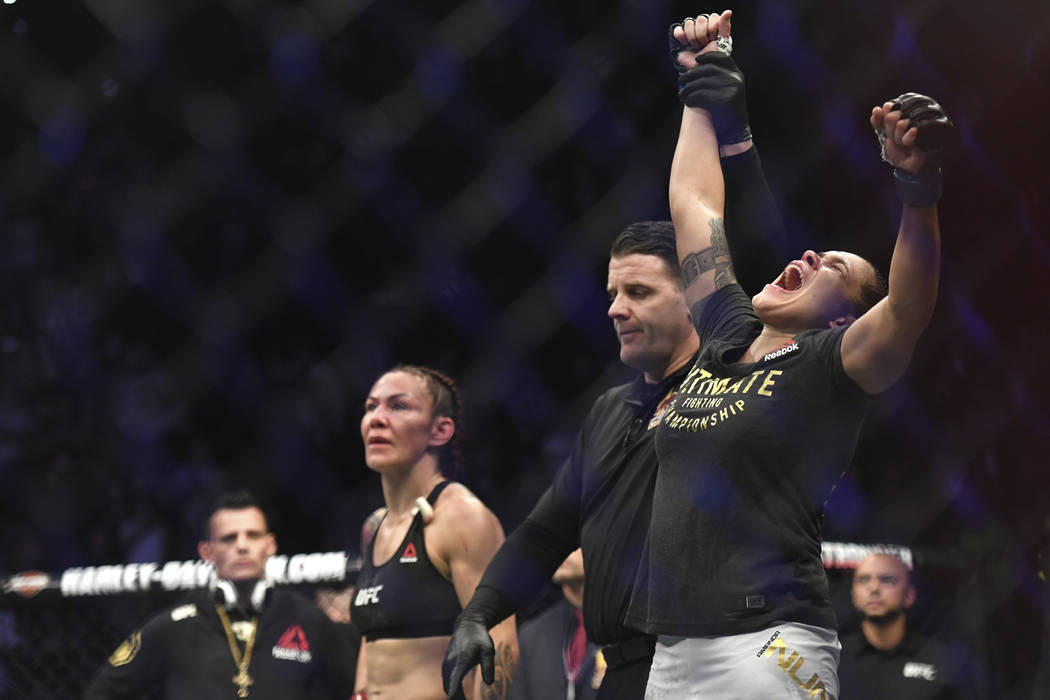 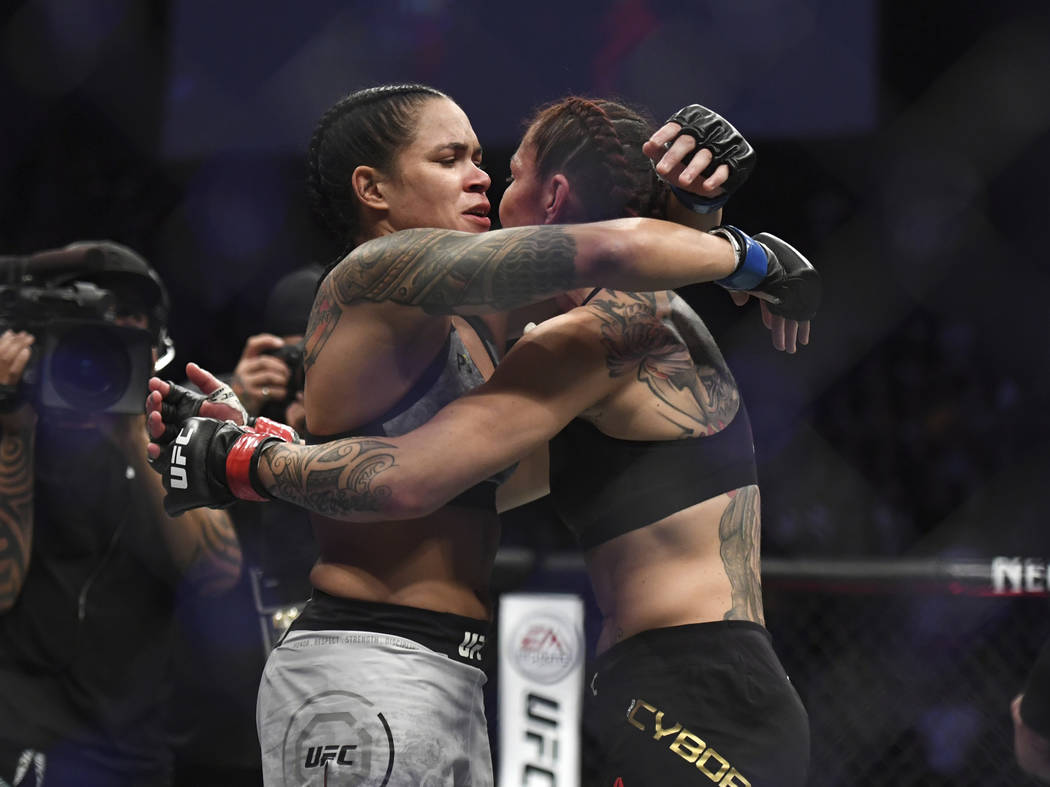 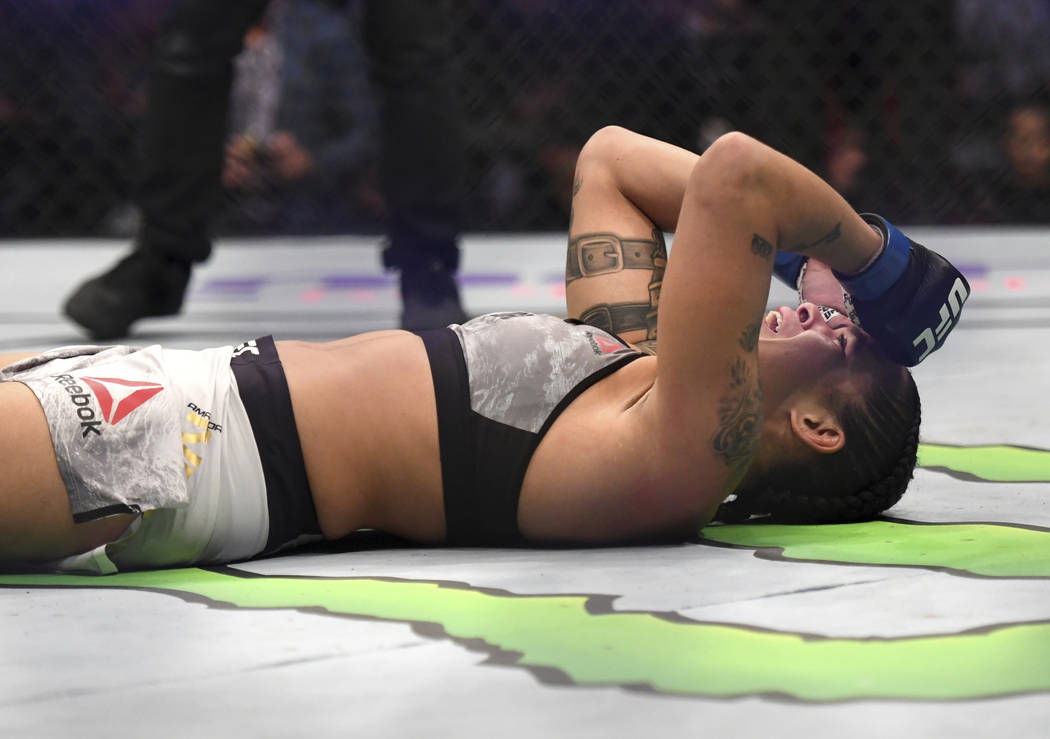 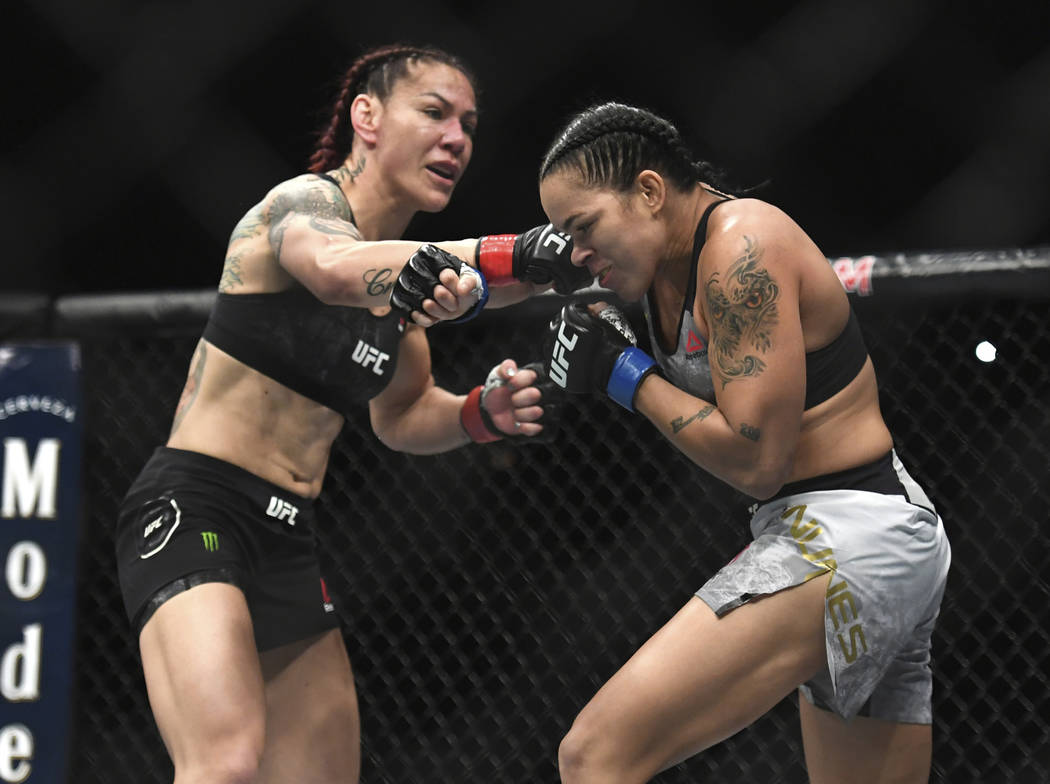 Amanda Nunes left no doubt about the outcome of Saturday night’s superfight against Cris “Cyborg” Justino at UFC 232 in Inglewood, California, when she unleashed a barrage of punches to finish the fight in just 51 seconds.

She may have solved any debate about her place in UFC history in the process.

“Without a doubt, (I’m) the greatest of all time,” Nunes said after snapping Justino’s 20-fight winning streak and becoming the first female fighter to simultaneously hold belts in two weight classes.

The resume is difficult to impune.

Nunes now holds knockout wins over Justino and Ronda Rousey, other contenders for that crown, in less than a minute. She also has two wins over flyweight champion Valentina Shevchenko and another over Miesha Tate.

White was referring to a tweet from a national media personality Saturday night that posited the win by Nunes was a disaster for the organization because she’s not marketable.

“This is the type of fight that builds legacies,” White said. “You have to find out who is the best in the world. We were able to do that tonight. It was an incredible fight. Look at Amanda Nunes. You think Amanda Nunes isn’t gonna be a star after this? I (expletive) guarantee it. I promise you that. The place went crazy for her.”

UFC light heavyweight champion Jon Jones was in the middle of a news conference discussing his third-round knockout of Alexander Gustafsson on Saturday night when he noticed a female reporter in the audience that he had berated two days earlier at a press event.

He turned his attention directly to her.

“I’m so sorry for disrespecting you.”

UFC fighters can expect an increase in out-of-competition drug tests in the new year.

Jeff Novitzky, the organization’s vice president of athlete health and performance, announced a contract extension between the UFC and the U.S. Anti-Doping Agency will include an increase in samples collected.

The number of yearly tests is expected to increase from around 2,700 to between 4,300 and 4,400, Novitzky first announced during an extensive interview on Joe Rogan’s podcast.

USADA has been administering the UFC’s anti-doping program since 2015 and the original deal was set to expire Monday.

Dana White has not written off the possibility of professional wrestling star Brock Lesnar returning to UFC competition. Lesnar appeared on the verge of a comeback when he confronted Daniel Cormier in the cage after Cormier’s heavyweight title victory at UFC 226, but the matchup didn’t materialize and Lesnar signed another big deal with WWE.

“No, he is not out of the picture,” White said after UFC 232. “Could he still fight Cormier? Absolutely.”

Lesnar, 41, left the UFC in 2011 for a return to wrestling, but came back for a July 2016 fight against Mark Hunt. Lesnar originally won the fight, but the result was overturned because of a positive test for clomiphene.

”I think he’s already under contract with me,” White said. “We were talking about it, and then he ended up signing a new deal with WWE,” White continued. “He’s in a very unique position because he can play this thing between UFC and WWE. And they get right down to the wire, and I think Vince (McMahon) throws so much money at him that he says ‘All right, I’ll do it again.’ Because this is here no matter what. When he’s ready, he can come in here and fight and he’s gonna make an (expletive) ton of money here, too.

“So it makes sense. I’m assuming that’s what’s going on.”