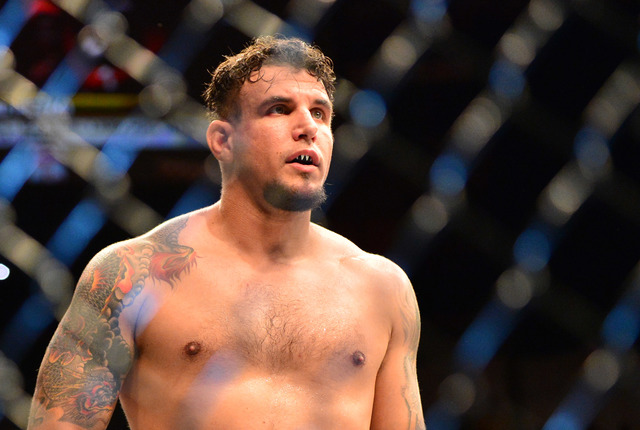 “Frank Mir is a great addition to our heavyweight division,” Coker said by phone. “There’s a lot of great potential fights for him. (Matt) Mitrione, Fedor (Emelianenko), (Cheick) Kongo. We just have a lot of great fights potentially in our future.”

Mir asked for and was granted his release from the UFC earlier this year. He had been in the organization since 2001 and is a former heavyweight champion.

After he was handed a two-year suspension by the United States Anti-Doping Agency retroactive to April 2016, Mir asked for his release from the UFC.

It was granted in July and Mir expressed interest in continuing his career elsewhere. Mir maintains he never knowingly consumed the oral turinabol that was responsible for the failed test.

The deal with Bellator was completed this week. Coker said he hopes Mir can be in action in late 2017.

“I’m not sure exactly what his status is with USADA, but he was free and clear to sign the contract,” Coker said. “If he’s under suspension with any commission, then he’s under suspension. My guys were telling me that he’s free to compete and we’ll probably have him compete some time in the next three to four months.”

Mir has expressed an interest in fighting Emelianenko throughout his career, but Emelianenko never signed with the UFC.

This signing clears the way for that fight to finally happen.

“That’s one of the big fights we’d like to put together,” Coker said. “That fight or the Mitrione fight I think are the 1-2 punch. Plus, we have fighters that would be willing to move up for the right matchup. Maybe he fights Chael Sonnen or Wanderlei Silva. There’s just a lot of possibilities.

“There’s a lot of good fights there for him. Bobby Lashley should be coming back before the end of the year. Our heavyweight division has a lot of characters. We have some legends and some guys who have proven they can still bring it. We just have some great matchups.”

Coker said which fight is first for Mir will largely depend on who is ready and when. He’s not going to hurry anything because as far as he’s concerned, Mir is still in it for the long haul.

“With fighters, you never know,” Coker said of how long he expects Mir to compete under the Bellator banner. “Sometimes they surprise you. It’s up to him. We’ll give him the platform and the opportunity to fight and I’m just here to see how he does. Only he can answer that question, but I feel good about it. The guy was a world champ. We’re going to throw some guys at him and see how he does.”

Mir has lost six of his last eight fights, including the last two. He holds the record for longest continuous stint as an active fighter in the UFC.