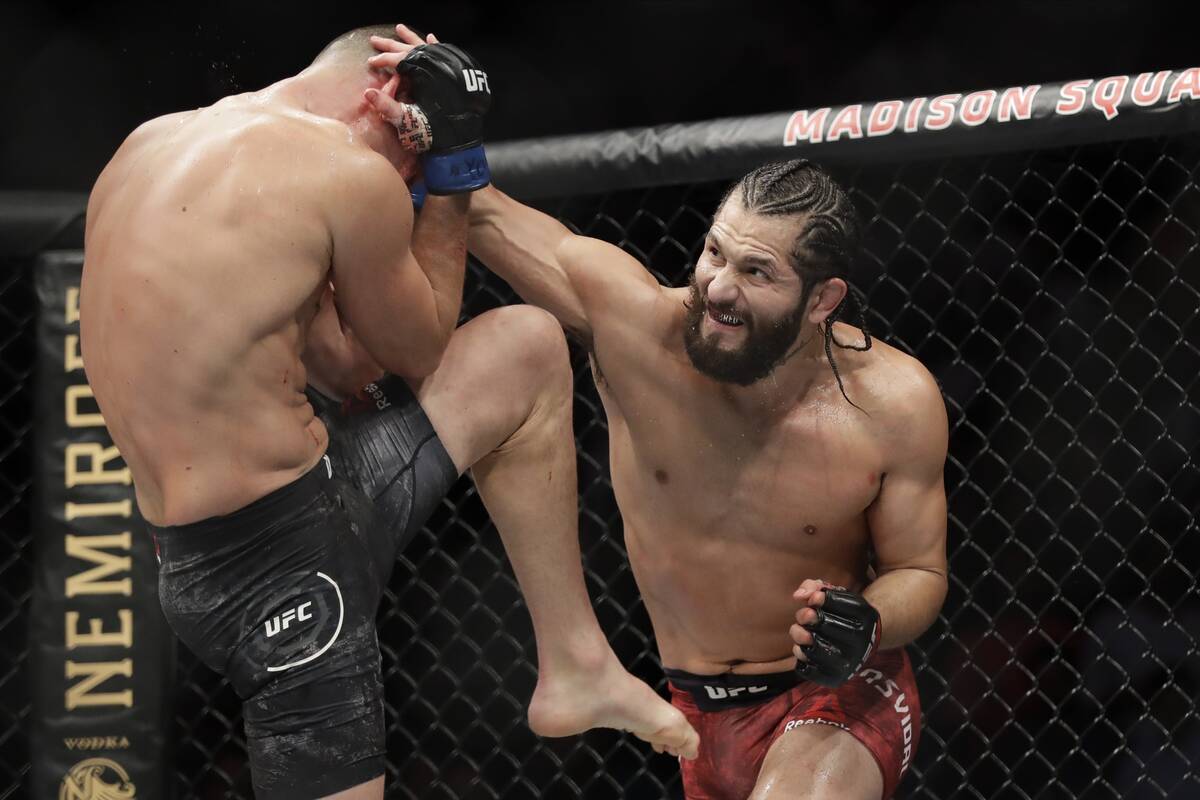 Jorge Masvidal said he would be willing to fight Colby Covington even if they were the last men on a sinking ship and it meant neither would be able to be rescued.

Instead, he’ll get paid a whole lot of money to fight his former friend in a cage at T-Mobile Arena on Saturday in the main event of UFC 272.

It’s a matchup Masvidal has lobbied for and one that helped him secure a new deal in the UFC that will place him among the highest-paid fighters in the sport, according to his agent.

Covington, a talented and accomplished fighter who struggled to gain much recognition until he adopted a trash-talking character who spews racist venom and far-right talking points, said he turned down more lucrative fight opportunities to settle a score with Masvidal.

“This is just a personal rivalry. This isn’t about the money,” Covington said. “I didn’t come here to fight for money. I took a pay cut. … This is about settling a blood rivalry.

“This has been a long time coming. … This is the biggest opportunity he could get to pay his alimony and to pay his child support, so, of course, he had to come take his losing paycheck.”

It hasn’t always been this way. Masvidal and Covington crossed paths several years ago and became friends when Covington was rising through the ranks.

Eventually, he welcomed Covington into his home and allowed him to sleep on his couch for a very meager amount of money as they trained together in south Florida.

Masvidal has said he never received those $300 rent payments, but that’s not where the falling out occurred in his view.

That happened when Covington asked Masvidal if he could train with his personal coaches and then shorted them or even failed to pay completely.

Then Covington went full heel in his character and made Masvidal one of his favorite targets.

Masvidal has said the last straw has been some of the comments Covington has made about his family and children, which he thought crossed a line.

There certainly didn’t seem to be much chance of reconciliation when they appeared on stage with one another at Thursday’s news conference. Very few questions were even asked as Covington and Masvidal instead just screamed extremely crude insults at one another.

For his part, Covington says the real issue between the two started over simple pettiness. He insists that once he went from being a soft-spoken hard worker to a draw by adopting the wrestling character persona, Masvidal was being asked questions about Covington during many of his interviews and that bothered Masvidal.

The outcome of the fight won’t settle who is right or wrong in their public beef, but it will propel one of them forward in the welterweight division.

It could be the last chance for the 37-year-old Masvidal, though he doesn’t think he gains much from a victory from a historical perspective.

“It’ll put me as the No. 1 contender and I’ll be competing for the title shortly after, so that’s definitely a plus,” he said. “But as far as having beaten great fighters and stuff, I won’t even talk to my grandkids about this guy.”

The bout headlines a 7 p.m. pay-per-view event with the preliminary card beginning at 3 p.m.