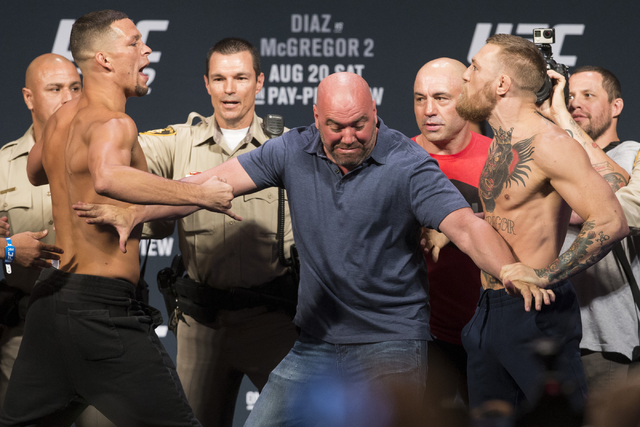 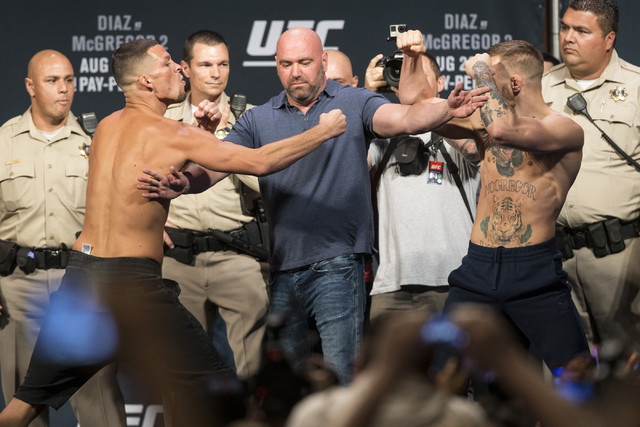 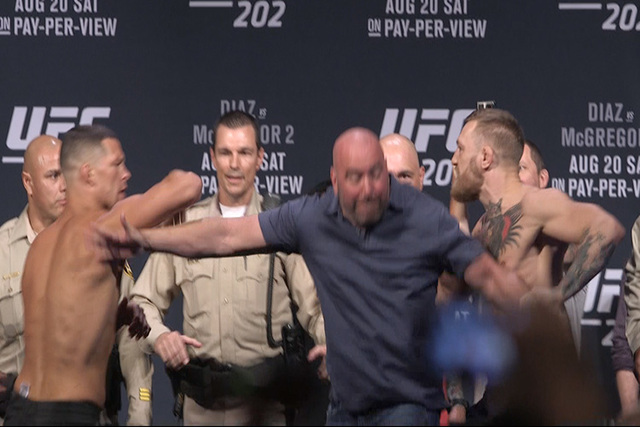 Conor McGregor and Nate Diaz hit the scales and squared off one last time before trading leather at the T-Mobile Arena on Aug. 20th. (Heidi Fang/Las Vegas Review-Journal)

The Nevada Athletic Commission unanimously approved a settlement agreement during a meeting at the Sawyer Building to dramatically reduce the sanction against McGregor for his role in a news conference melee in August at the MGM Grand.

Once McGregor pays his fine, he will be eligible to apply for a boxing license in Nevada. He had applied in late 2016, but was denied because of the outstanding penalty.

That would clear one hurdle in a potential megafight between McGregor and undefeated boxer Floyd Mayweather Jr., though several others would remain.

The penalty was the result of a prefight scuffle between McGregor’s camp and that of Nate Diaz before a rematch between the two at UFC 202 at T-Mobile Arena.

Diaz was fined $50,000 and ordered to perform 50 hours of community service for his role in the incident, which saw both fighters throwing unopened cans of energy drinks and bottles of water at each other. Commission chairman Anthony Marnell said Diaz has paid his fine but expects his case also to be reheard. The difference then could be refunded.

Marnell said McGregor requested a meeting earlier this year through the state attorney general’s office to discuss the severity of the original penalty.

“Our door is open to any fighter,” said Marnell, who originally voted for the harsher penalty. “He came here, and we had a very productive meeting. I think there were things that I looked at that we could’ve done better, and he pointed out some things on his part he could’ve done better. I think a rehearing was the exact correct action here based on how the last decision was made.”

The commission first had to vote on whether to reopen the case. Once that was done unanimously, a discussion took place on how the original penalty was decided and whether it should be amended.

NAC executive director Bob Bennett presented the settlement agreement that had been reached during the meeting with McGregor and his representatives. The commission quickly approved the new terms.

“I thought the meeting (with McGregor) was outstanding,” Bennett said. “We had a mutually beneficial conversation. He clearly understood what our interests and concerns are as the fight capital of the world. It was very constructive and professional. I believe it was a win-win situation led by the chairman.

“I think it’s a great day for the commission. We try to be fair, reasonably firm and consistent. We take a lot of pride in what we do. We’re in the fight business, and we want to make sure the fighters know when they come here they’re going to be treated fairly and professionally.”

McGregor made a disclosed purse of $3 million for the fight. Diaz received $2 million.

2
Snow may be coming to Las Vegas; Henderson sees 2 days of rain 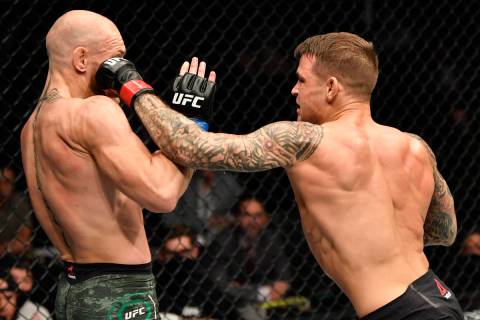 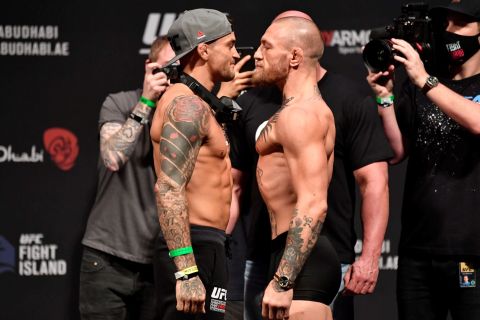 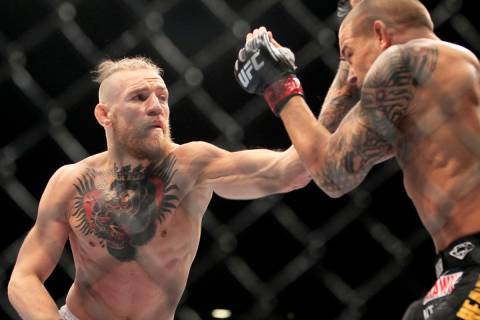 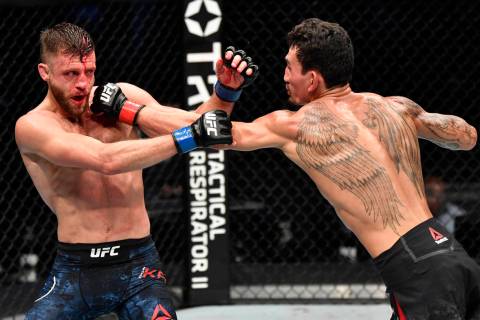 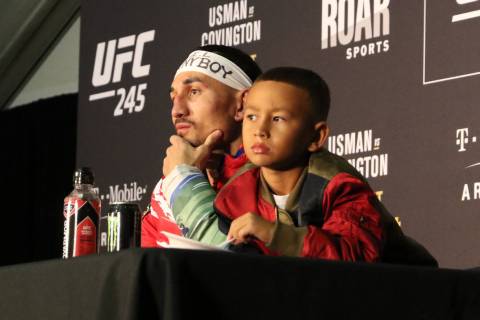 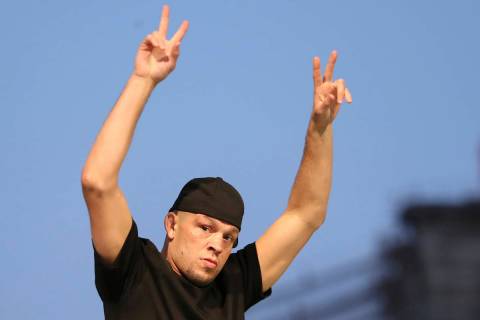 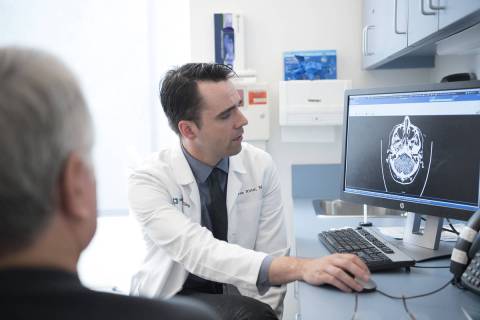 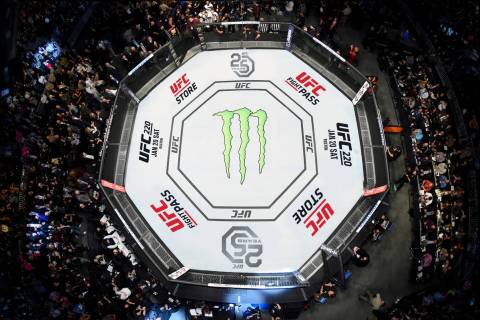 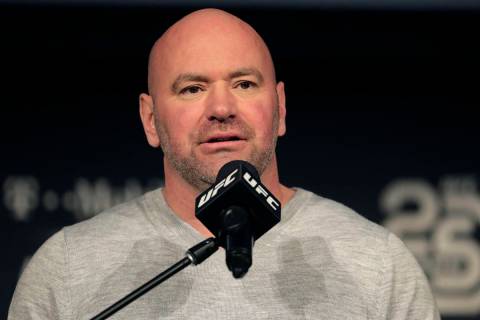