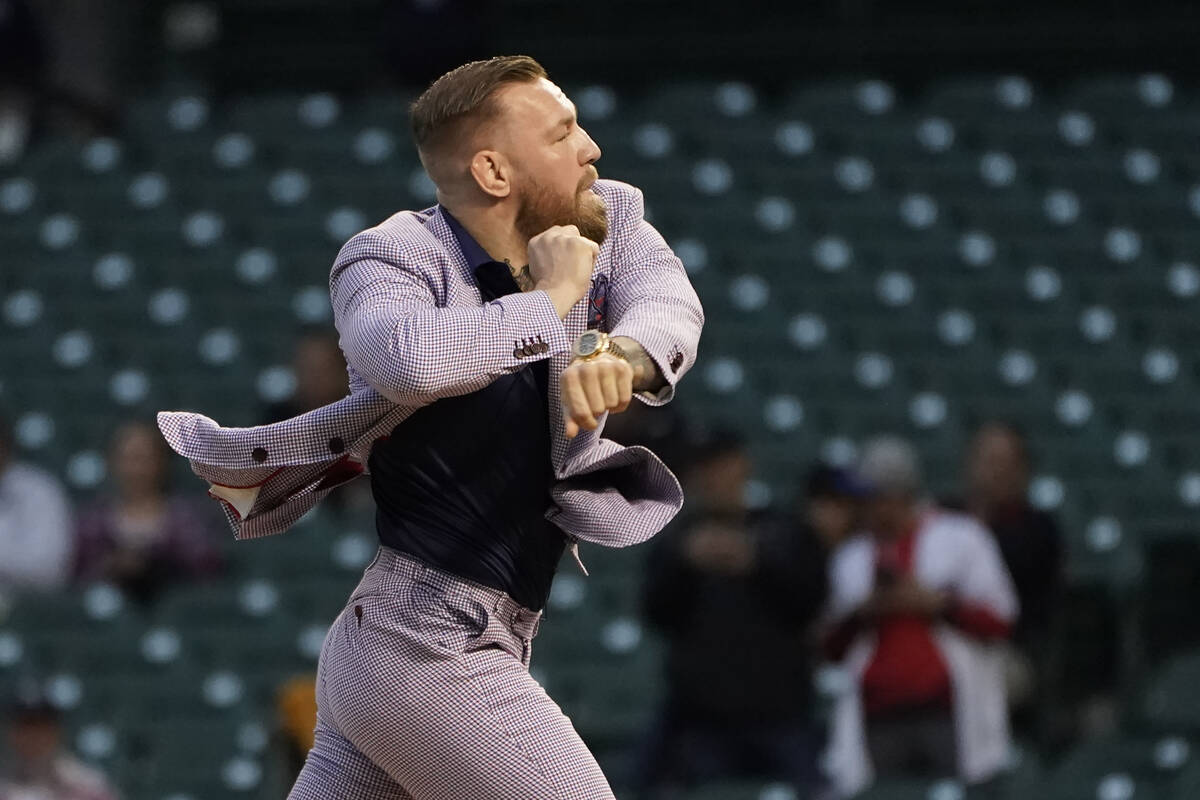 MMA fighter Conor McGregor throws out a ceremonial first pitch before a baseball game between the Chicago Cubs and the Minnesota Twins Tuesday, Sept. 21, 2021, in Chicago. (AP Photo/Charles Rex Arbogast)

Conor McGregor should stick to fighting.

The Twitterverse went crazy Tuesday night after McGregor threw out what could be crowned the worst first pitch ever before the Cubs-Twins game at Wrigley Field. The ball went “juuuuust a bit outside.”

Many fans are comparing his throw to that of 50 Cent’s in 2014 before a Mets game.

The 34-year-old MMA star has been rehabbing his left leg after breaking it during a fight with Dustin Poirier in July.