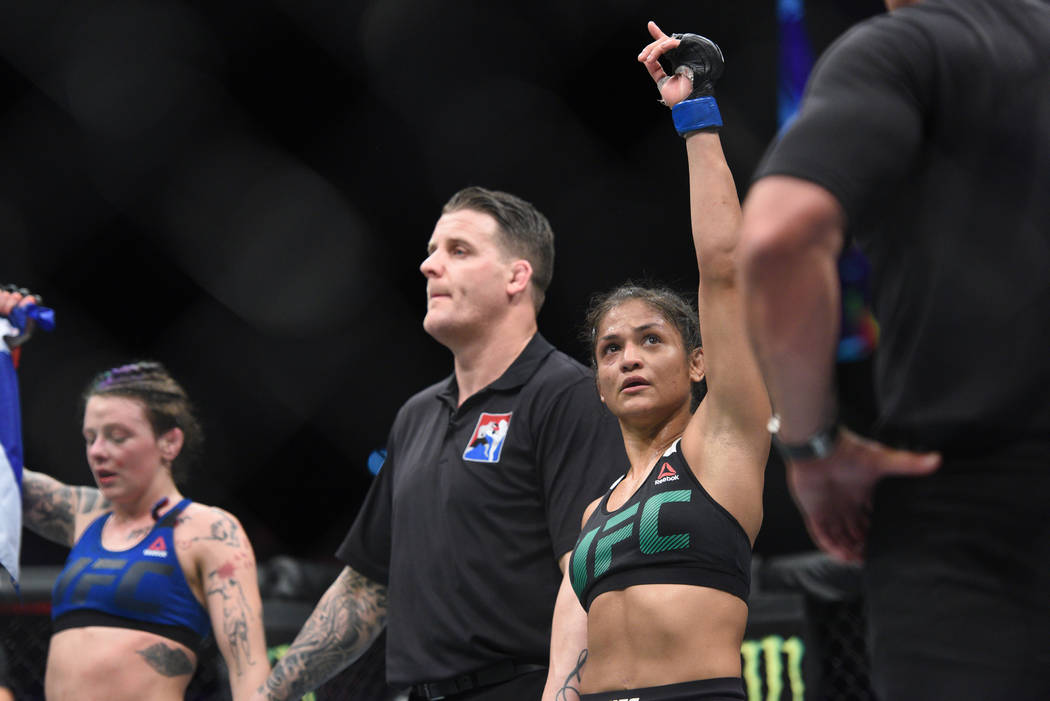 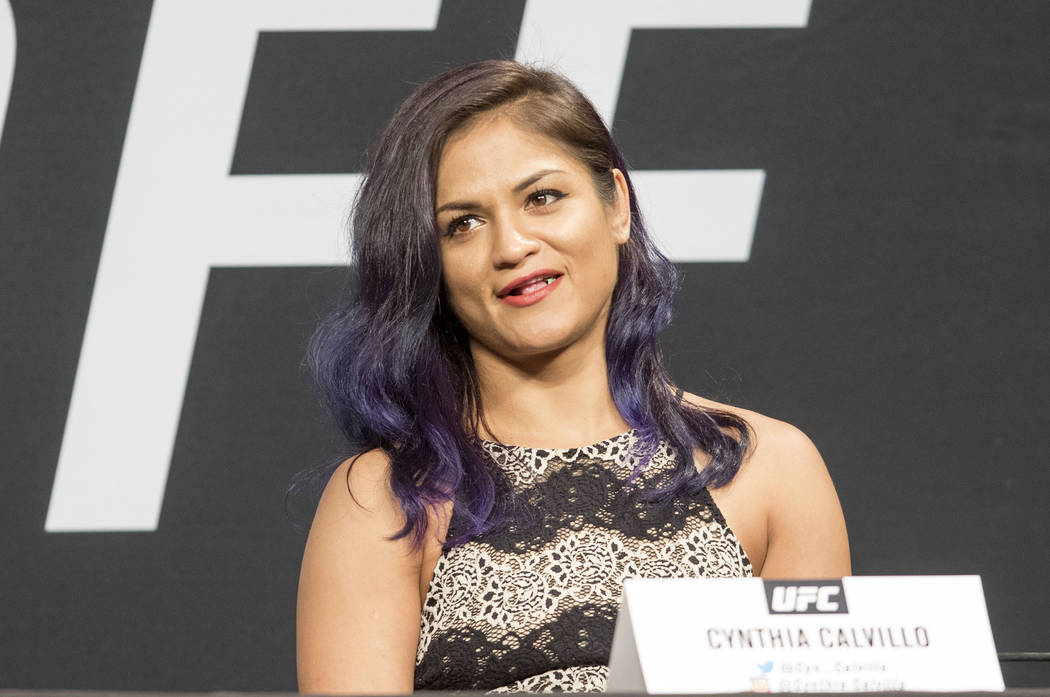 One of the UFC’s hottest prospects will get the toughest test of her young career Dec. 30.

The bout was one of three confirmed by UFC officials to the Review-Journal on Wednesday.

Calvillo will look to cap a spectacular year.

After making her UFC debut with a first-round submission of Amanda Cooper at UFC 209 in Las Vegas in April, she came back at UFC 210 in Buffalo, New York, a month later and submitted Pearl Gonzalez.

The 30-year-old San Jose, California, native followed the back-to-back finishes with a unanimous decision over veteran Joanne Calderwood in July.

Now Calvillo will draw Esparza, the first strawweight champion in UFC history, who has won two of three fights since losing the belt to current champ Joanna Jedrzejczyk.

Cruz will fight a year to the day after losing the belt to Cody Garbrandt at T-Mobile. The loss was Cruz’s first since 2007.

Rivera has won 20 consecutive fights, including five straight since signing with the UFC. He is coming off decision wins over Urijah Faber and Thomas Almeida. A victory over Cruz should position him for a title shot against Garbrandt or T.J. Dillashaw after they meet for the belt in November.

Smolka, once one of the top prospects at 125 pounds, will look to end a three-fight losing streak.

Pereira has won five straight, including two in the UFC. He is coming off a split-decision win over John Moraga in July.

The three bouts are the first to be announced for the event.