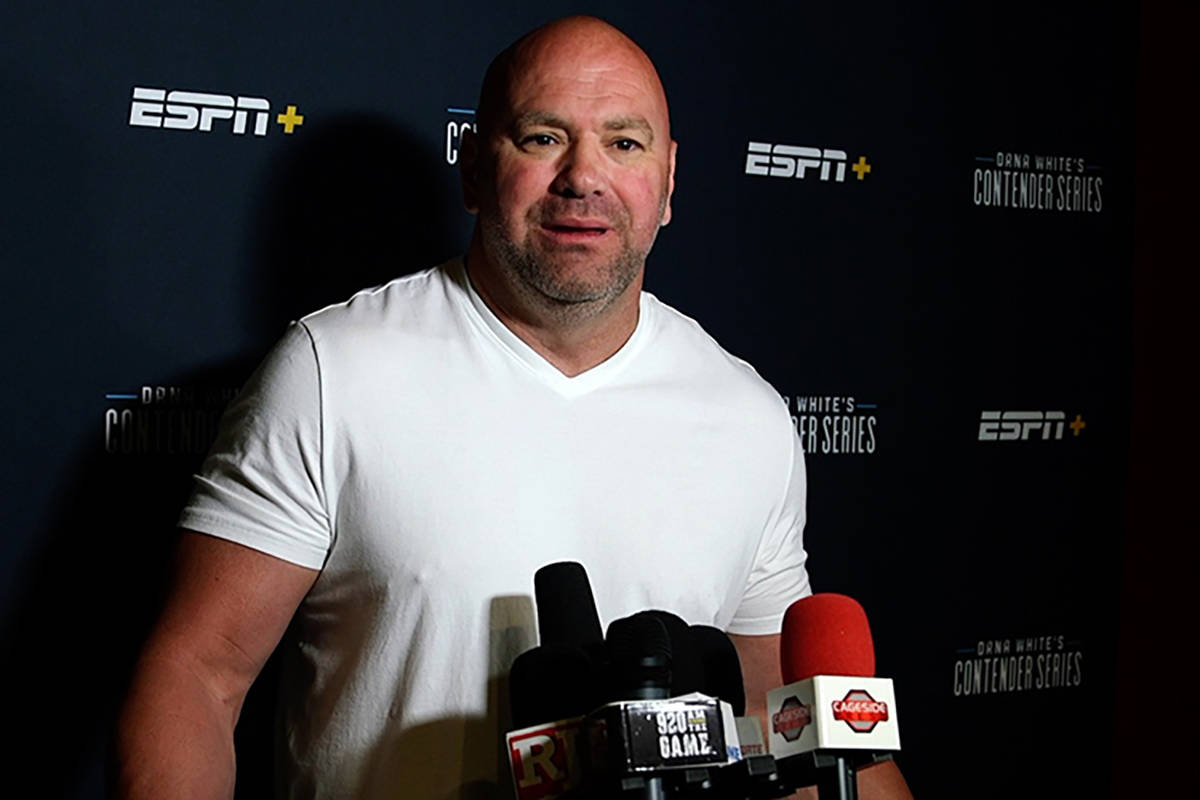 UFC president Dana White has been relentless in his quest to stage UFC 249 despite the coronavirus pandemic that has shut down most of the sports world.

He finally was forced to submit Thursday.

The April 18 event, targeted for Tachi Palace Casino Resort on tribal land outside Lemoore, California, has been called off.

“This whole thing has been a battle since day one,” White told ESPN. “We’ve been fighting nonstop all day and night since this pandemic started to put on this event. Today we got a call from the highest level you can go at Disney and ESPN. They have been very, very good to us, and the powers that be asked me to stand down and not do this event.”

ESPN would have been the exclusive pay-per-view distributor of the broadcast.

“I’m concerned by reports that Ultimate Fighting Championship plans to hold a pay-per-view event in California, in defiance of the state’s shelter-in-place order,” the statement read. “This event would involve dozens of individuals flying to California and driving to a casino for a purpose no one can honestly claim is essential.

“I understand this event is scheduled to take place on tribal land and therefore is not subject to state law. However, at best this event ties up medical resources and sends a message that shelter-in-place orders can be flouted. At worst, participants and support staff could carry the virus back to their home communities and increase its spread.”

The event originally was scheduled for Barclays Center in Brooklyn, New York, featuring a lightweight title bout between Tony Ferguson and champion Khabib Nurmagomedov, but the widespread outbreak and restrictions on gatherings in New York scrapped that plan almost a month ago.

Nurmagomedov left his training camp in California to return home to Russia because it appeared the UFC would try to move the card to the Middle East. There also was a brief flirtation with hosting the event in Las Vegas at the UFC’s production facility, but the Nevada Athletic Commission shot that down almost immediately.

White had been looking for venues around the globe and finally announced a full 12-fight card Tuesday. No location was announced, though, and he refused to confirm media reports that Tachi Palace was the site.

Representatives for one of the fighters on the card told the Review-Journal that they didn’t even know where the event would take place.

White acknowledged that Tachi Palace, which has been closed since March 20 because of the pandemic, was the location during Thursday’s announcement.

“We were ready to go,” he said. “Tachi Palace has had our back this whole time, has stood their ground and was willing to do this fight. When the world gets back to normal, the California event will be there. We’re bringing them a big fight. I appreciate them standing with me in this whole thing.”

White told ESPN he would compensate fighters who were willing to compete despite all the complications.

“All of my fighters, I want them to feel safe,” he said. “Take time with your families and enjoy this time. Don’t worry about the financial part of this. You’re going to get the fights on your contract, and I’m going to make things right with the fighters who were willing to step up and fight next weekend. I’m going to take care of as many people as I possibly can.”

White stressed the fights were postponed and not canceled. He again said he is building the infrastructure on a private island to host fights in the near future.

“Fight Island is a real thing,” he said. “That’s really going to happen, and it will be on ESPN. We will be the first sport back.”

He added that there are no staff reductions planned despite the temporary hiatus from hosting live cards.

White, who has endured criticism for his attempts to forge ahead with fights during this global crisis, went live on Instagram and told fans he planned to sleep for the next three days.