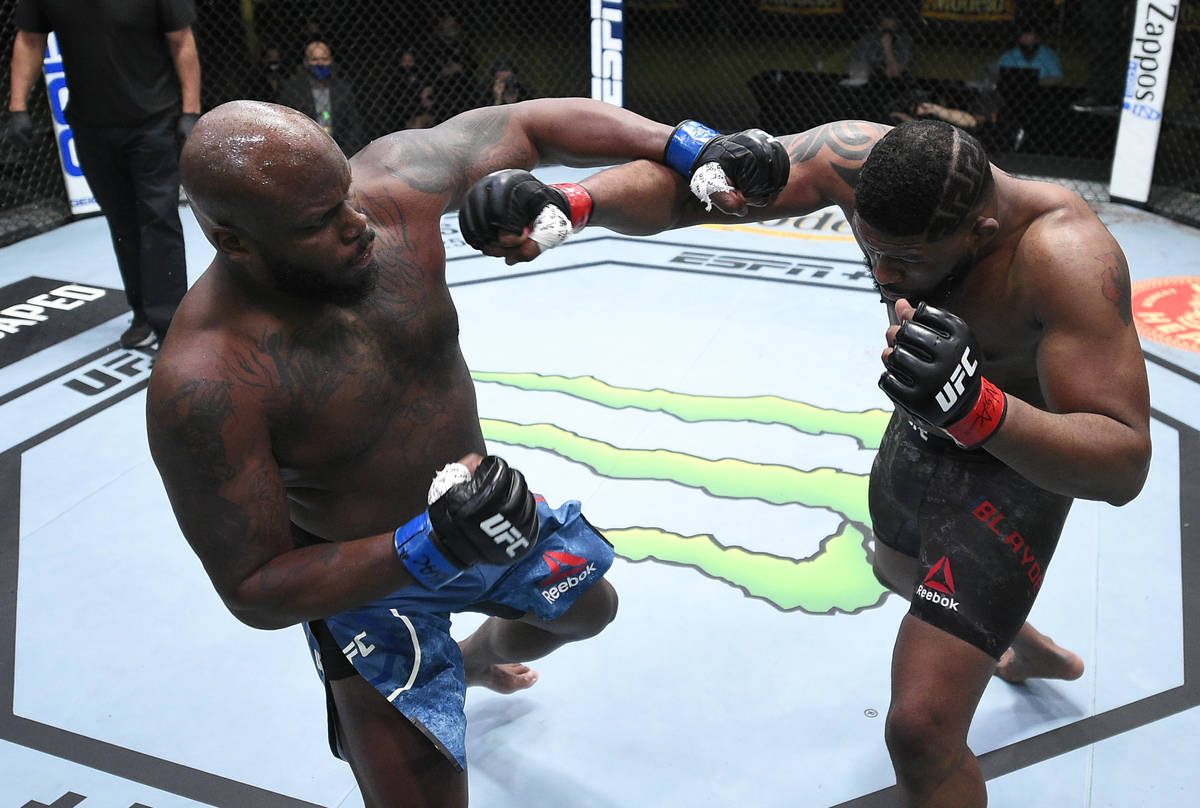 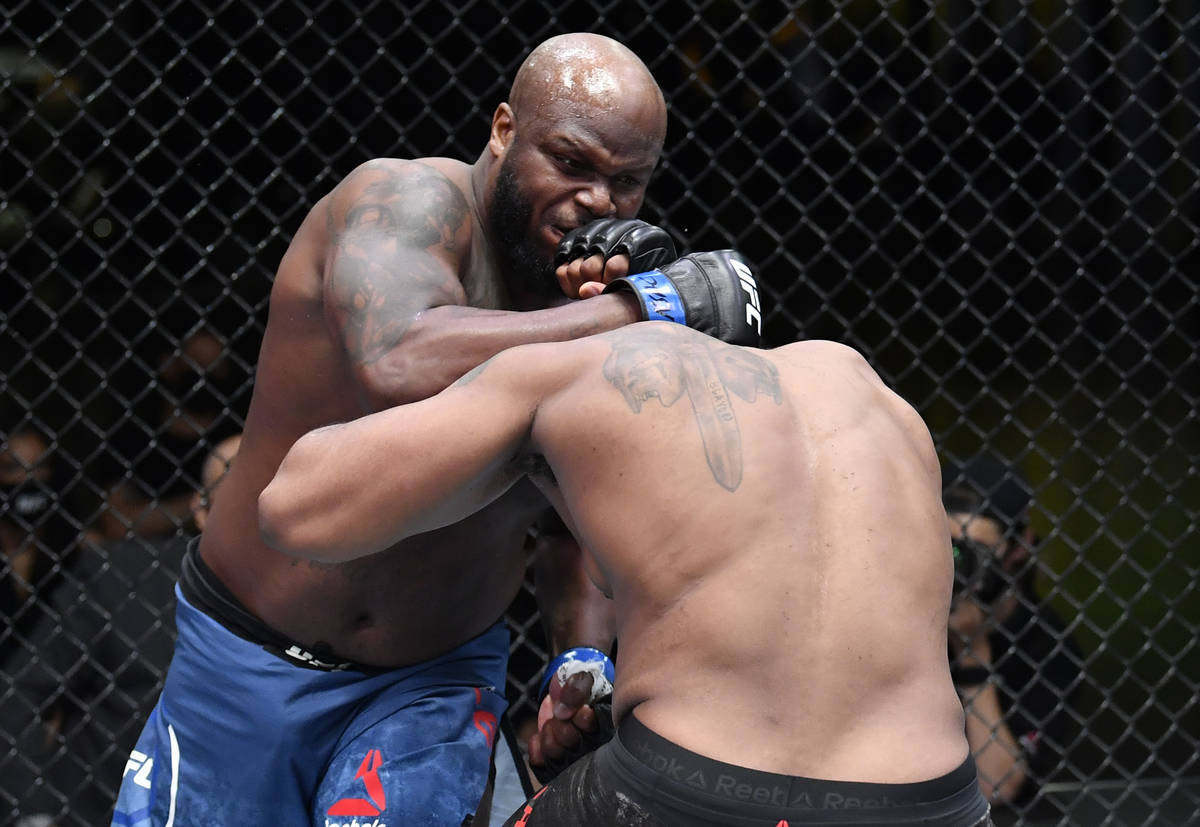 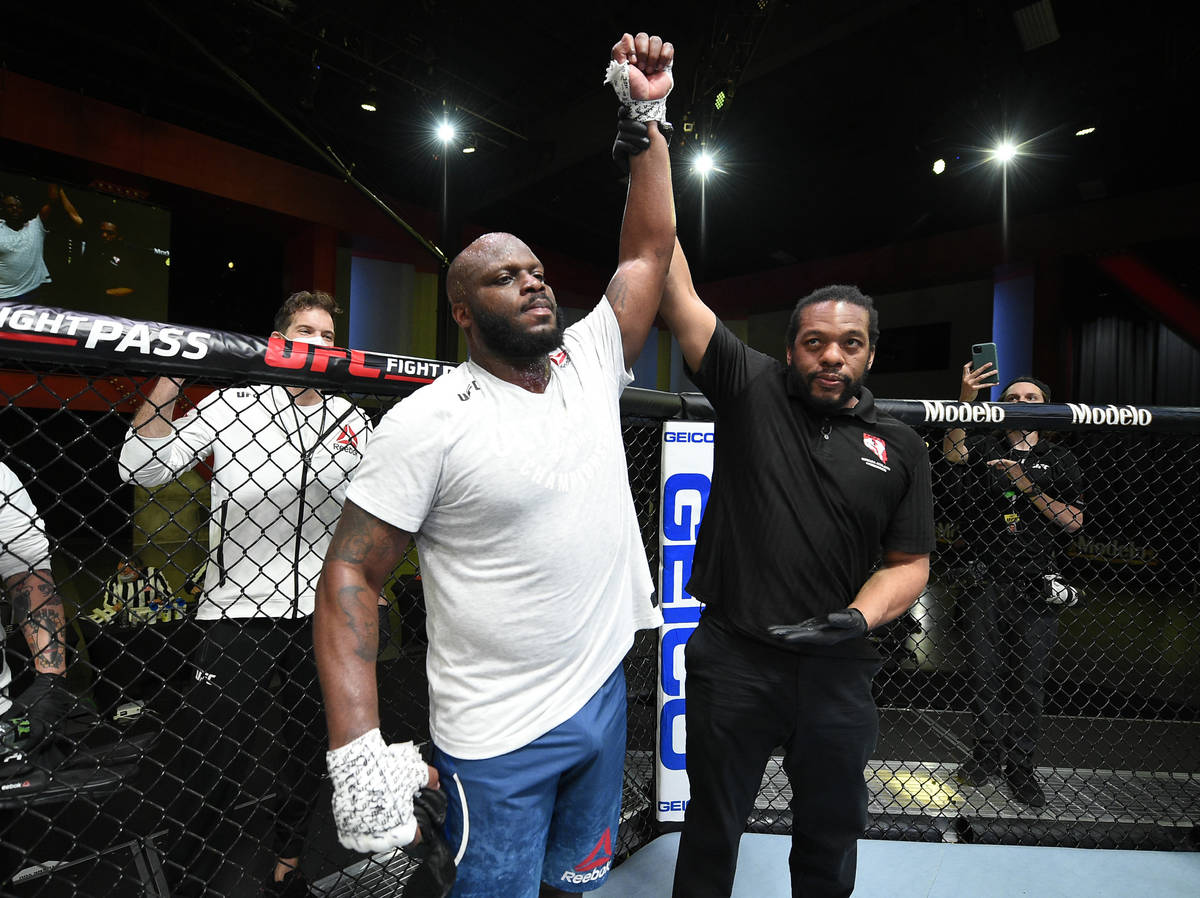 Derrick Lewis reacts after his knockout victory over Curtis Blaydes in a heavyweight bout during the UFC Fight Night event at UFC APEX on February 20, 2021 in Las Vegas, Nevada. (Photo by Chris Unger/Zuffa LLC) 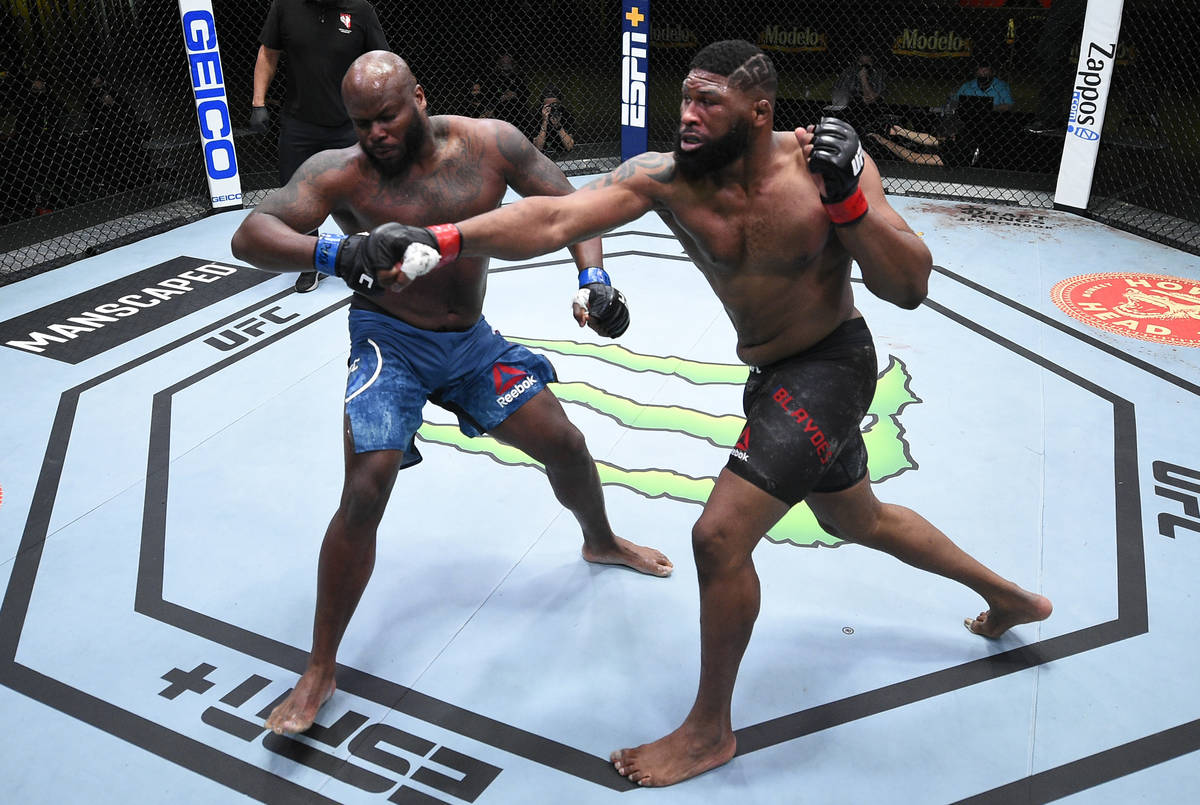 Curtis Blaydes hesitated Thursday when asked whether the key to victory in his UFC Fight Night 185 main event bout against heavyweight contender Derrick Lewis was as simple as avoiding one big right hand.

Blaydes eventually answered in the affirmative, but staying away from such a blow proved an impossible task, as he succumbed to an uppercut in the second round of a fight he was controlling Saturday night at the Apex in Las Vegas.

The end came at 1:26 of the round when Lewis dipped his shoulder and unloaded a ferocious punch that ended Blaydes’ night and snapped his four-fight winning streak.

“I felt OK about (the performance),” Lewis said. “I couldn’t wake up in there, really. The whole time in the back, the walk to the octagon, first and second round, my body couldn’t wake up. I didn’t have the energy I needed to have. I wanted to be more explosive, but I just couldn’t pull the trigger.”

That changed in an instant when Lewis stopped Blaydes in his tracks on a takedown attempt, sending Blaydes to the mat, where he lay motionless on his back for several minutes loudly groaning in semiconsciousness as he was attended to by the ringside physician.

Blaydes appeared to be in control until that point. He had said he would stick to his game plan of using his wrestling to take down Lewis, but found success in the first round with his standup.

When Blaydes finally did shoot for a takedown early in the second round, Lewis was ready.

“I was just waiting for him to shoot,” Lewis said. “We knew it was coming, and we had drilled for it for 12 weeks.”

Lewis, who has won four straight, already held the record for most knockouts in UFC heavyweight history and tied Vitor Belfort on Saturday for that mark in any division with 12.

Also on the card, Yana Kunitskaya won a unanimous decision over Ketlen Vieira in a battle of women’s bantamweight contenders contested at a 138-pound catchweight after Vieira missed weight by 2 pounds Friday.

After splitting the first two rounds, Vieira controlled the third on the mat but didn’t do any significant damage. Kunitskaya reversed position and closed the fight with big shots on the mat.

Heavyweight prospect Chris Daukaus, a full-time Philadelphia police officer, became the ninth fighter in UFC history to record a first-round knockout in each of his first three fights.

Daukaus shrugged off one takedown attempt from submission ace Aleksei Oleinik and then teed off until the fight was stopped 1:55 into the bout.

Heavyweight prospect Tom Aspinall had two first-round knockouts in his first two UFC bouts, but settled for a second-round submission of former champion Andrei Arlovski. Aspinall took down Arlovski against the cage and immediately locked in a choke to force a quick tap.

The most bizarre moment of the night came on the preliminary card after Chas Skelly entered the cage for his featherweight bout against Jamall Emmers and Emmers’ music never started playing.

Moments later, it was announced that Emmers would not be able to fight because of a medical issue. UFC and Nevada Athletic Commission officials said he suffered back spasms as he was preparing to walk to the cage.