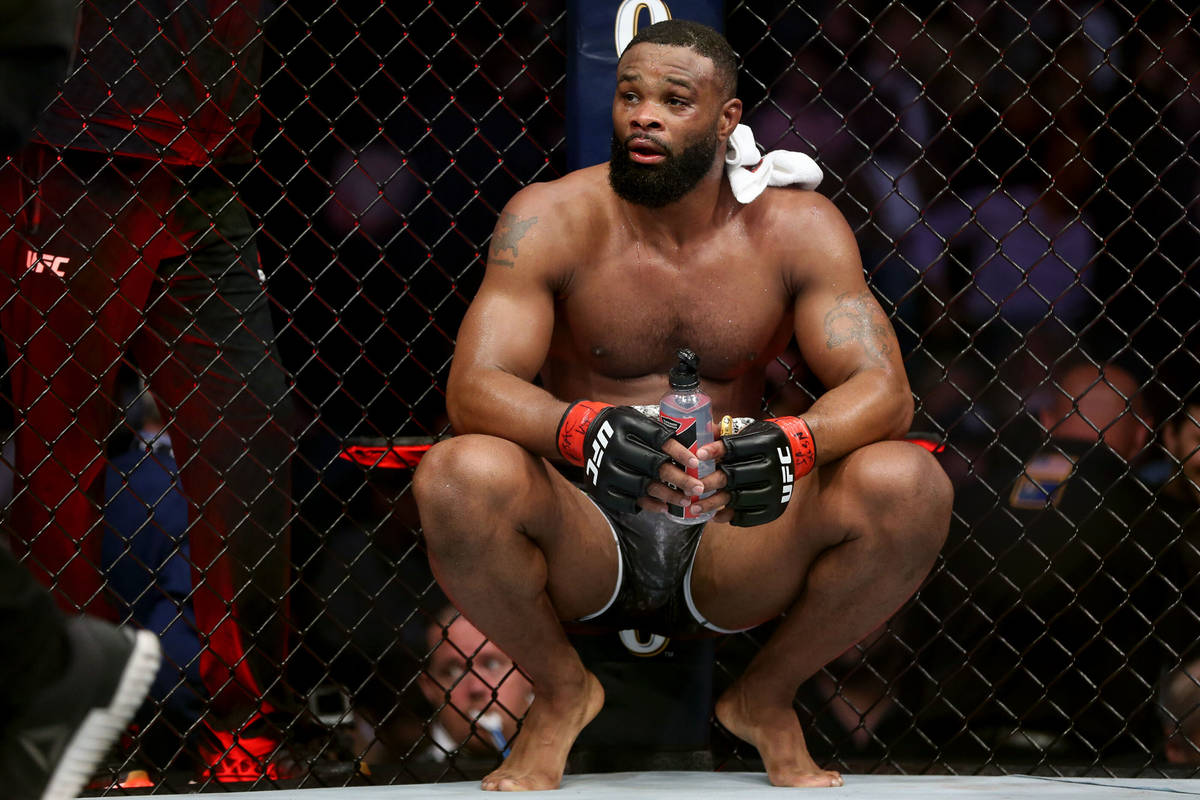 Luque was a few fights into his UFC run after a stint on “The Ultimate Fighter,” and Woodley took a moment to compliment his wrestling boots as he prepared to defend the welterweight belt, leaving a mark on the aspiring prospect.

“I was just like, ‘Man, the champ just talked to me,’” Luque said. “He knows who I am, and he called me by my name. I remember that was a big moment for me.”

They will meet again under different circumstances Saturday, this time inside the cage at UFC 260 at the Apex.

Luque, 29, has won two straight fights and eight of nine to reach the top 10 with an eye on the division’s top contenders. He will face his toughest test to date in Woodley, who has lost three straight since surrendering the belt to Kamaru Usman in 2019.

Woodley, 38, recalls speaking to Luque that day, but his memories of him date back even further. Woodley had his eyes on the young welterweights because he knew they were gunning for his belt.

“I was always everybody’s biggest fight,” he said Wednesday. “And that hasn’t really changed. I’m still the five-time world champion.”

Luque said he’s preparing for the championship version of Woodley and was quick to point out that the three consecutive losses have been against the division’s top three fighters.

Woodley, a two-time All-America wrestler at Missouri, doesn’t think he’s fallen off from his peak. Instead, he concluded a change of mindset was in order.

“I was focused so heavily on proving people wrong so many times in my career that it took away from proving people right,” he said. “I’ve got 20 or 30 people I’ve got to prove right: Coaches, loved ones, kids, training partners, people who really supported me since the beginning. There are millions of people you’ve got to try to prove wrong. That’s never going to happen.

Woodley certainly isn’t concerning himself with the online chorus calling for him to retire, a refrain that will only grow louder should he lose again.

“Quitting is not an option,” he said. “I’ve got to go out on top like I planned to do when I entered the sport. This was not the way. It wasn’t losing to these guys, although they were the champion, (No. 1 contender) and (No. 2 contender). But on paper, I’m a better fighter than all of them.”

Now it’s on him to prove it in a fight that has been moved to the co-main event of the pay-per-view with the cancellation of a featherweight title bout. Champion Alexander Volkanovski tested positive for COVID-19 after arriving in the United States, and his title defense against Brian Ortega will be delayed.

Hannah Goldy also tested positive, and her women’s strawweight bout against Jessica Penne has been postponed

The pay-per-view portion of the card, headlined by the heavyweight title rematch between champion Stipe Miocic and Las Vegan Francis Ngannou, will begin at 7 p.m. Preliminary bouts will air on ESPN and ESPN+ at 5.