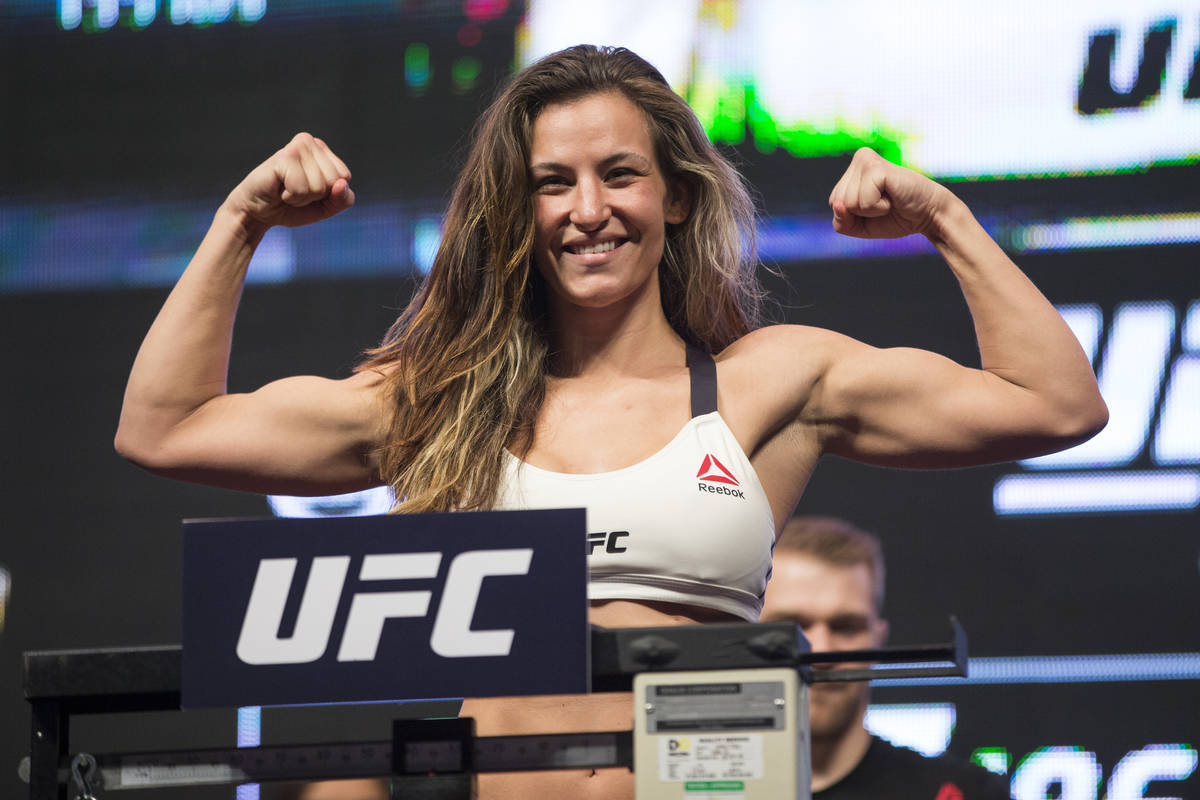 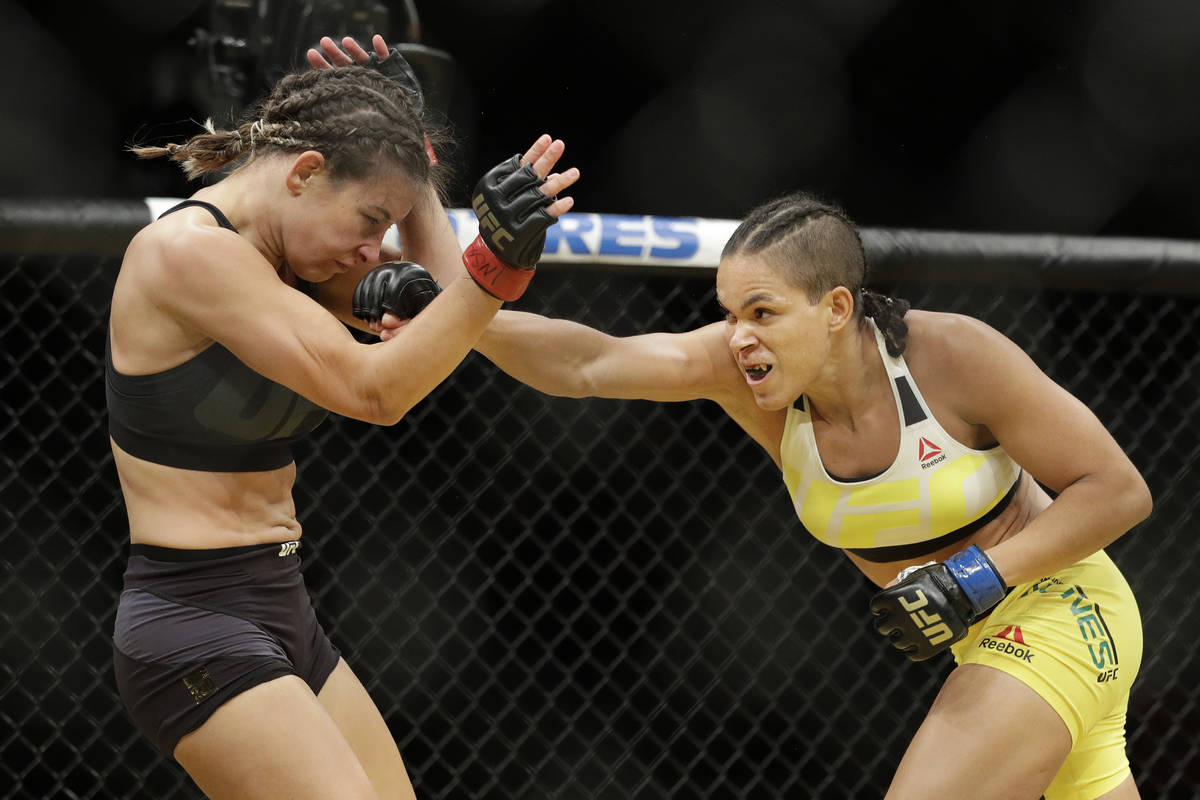 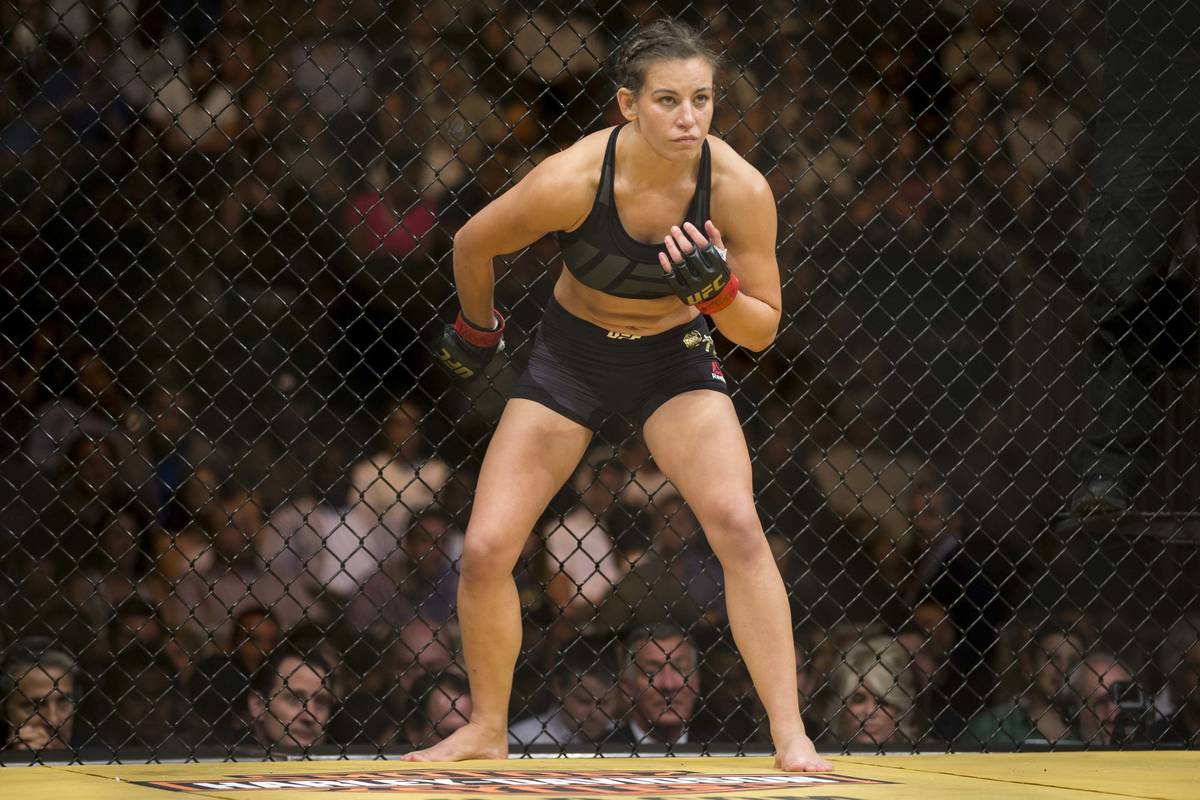 The longtime Las Vegan confirmed Wednesday that she will come out of retirement to fight Marion Reneau on July 17. No location has been announced for the card.

“This sport has been calling for me, and now it’s time to answer,” Tate said on her SiriusXM radio show. “I’m so excited. There is a fire that has been lit. My heart is completely full of passion. I feel like I’m totally reinvigorated. When you know, you know. And I just know. I’ve always been that person to lead with my heart and do what I feel like my calling is in life, and it’s never steered me wrong.”

Tate, 34, doesn’t expect her return to be a cameo. She indicated she signed a six-fight deal and plans to compete for at least the next two years.

“You always think you’d like to have a plan for your life, and it very rarely follows that,” she said. “So I’m always like, ‘Why do I even plan anything because it never works out that way?’ I’ve got two years for sure that I want to dedicate to this sport. But look, anything can happen off one fight. I’ll be honest, I really don’t know what to expect. I really don’t know what’s going to happen. That’s what’s so exciting to me.”

Tate won the belt in 2016 with a dramatic comeback submission of Holly Holm at the MGM Grand Garden, but it was her rivalry with former champion Ronda Rousey that elevated her stature and made her one of the sport’s biggest female stars.

Tate lost both of her fights against Rousey and lost her belt to Amanda Nunes, who now holds two titles and is widely considered the best female fighter in UFC history.

Tate would love a rematch with Nunes.

“I’d love to run that one back,” she said. “I want to become champion again. Amanda is a phenomenal fighter. She’s the best. She’s the greatest of all time. I’m not at all going to take anything away from her. She’s a scary woman, and she hits like a man, and I know that. I’ve been in there with her, and I’ve seen what she’s done since then, but I know I have the style to beat her. And I have desire. I have plans, and I have goals, and when push comes to shove, I’m someone who makes (it) happen.”

Walking away from the sport in 2016 was not a decision Tate took lightly, but circumstances outside the cage took a toll on her mentally to the point that her performance was affected.

Tate was in a long-term relationship with then-UFC fighter Bryan Caraway at the time. While not identifying him by name, Tate deemed the bond “toxic” Wednesday when reflecting on her decision to quit fighting.

“It really diminished me as a person, and I was pretty broken,” she said. “I was in a really bad place and battling depression and a toxic relationship that just made everything really hard. It was a really hard time in my life, and I was fighting for everything, and I just didn’t have it left to give in the cage anymore. I thought the only way to separate myself from the relationship at the time was to just step away from it all.”

“I’ve regrouped, and I’m in such a good place,” she said. “I’m so genuinely happy, and the whole pandemic has really put things in perspective of what to be grateful for. I have a family. I have an amazing and supportive partner and an amazing team around me.”

Tate, who last fought in a loss to Raquel Pennington in November 2016, has been training at Xtreme Couture in southwest Las Vegas. She has spent time during her hiatus working as an executive for ONE Championship fighting in Singapore.

Reneau, 43, has lost four straight and is expected to retire after the fight.