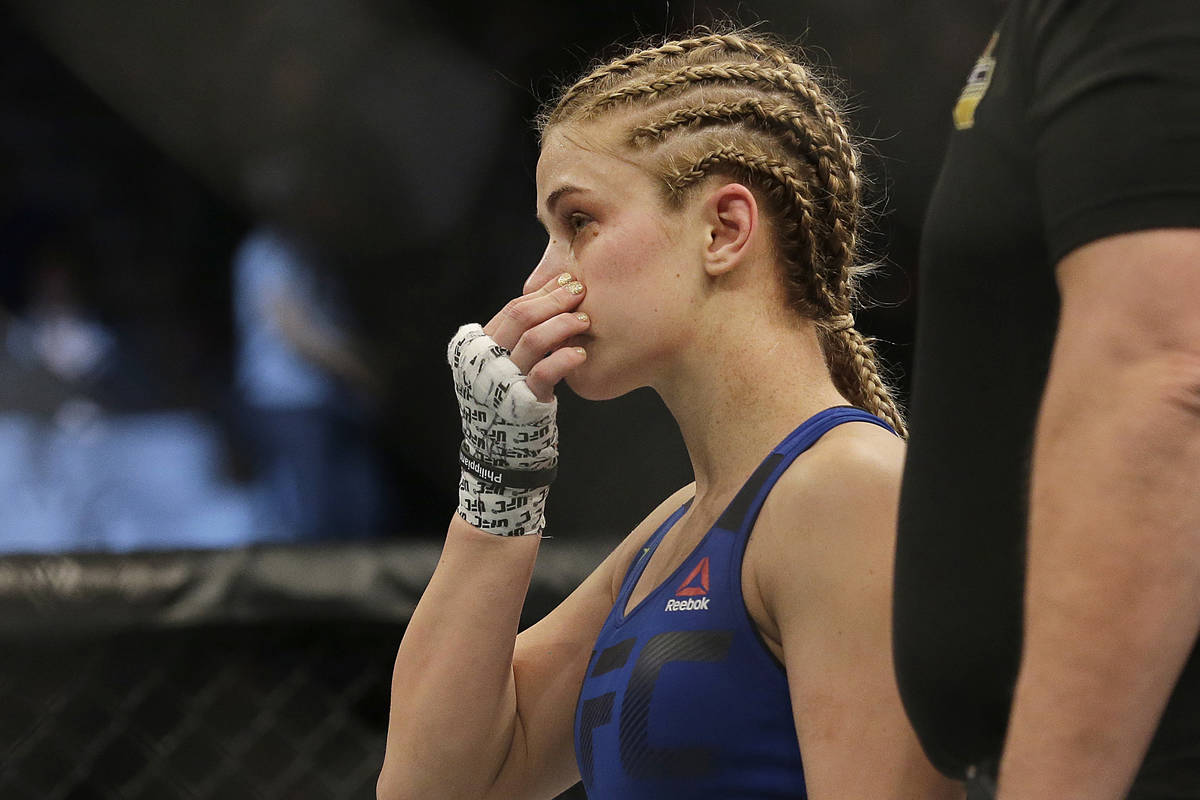 Former UFC star Paige VanZant finally found her footing in the fifth and final round of her bare knuckle boxing debut Friday night in Lakeland, Florida.

But the 26-year-old lost a unanimous decision to Britain Hart. All three judges scored the 125-pound bout 49-46.

Hart predicted that her three fights of bare knuckle experience combined with 11 pro boxing bouts would be the difference. VanZant took several shots trying to work her way inside, then got battered to the body when she would try to clinch.

VanZant finally started connecting with some big shots in the fifth round, but not enough to score the knockout she needed at that point.

“Humble in victory, humble in defeat,” VanZant posted on Instagram with a photo of her battered face with stitches under her left eye.

Hart, who was busy but inaccurate for much of the fight, was emotional after what was by far the biggest win of her career.

“This is as big as you make it,” Hart said. “Paige VanZant was an idol to me, because she’s pretty and showed you can break the limits. I was not going to let Paige VanZant outwork me. You can not outwork me.”

VanZant left the UFC in July after six years to sign a multifight deal with BKFC.