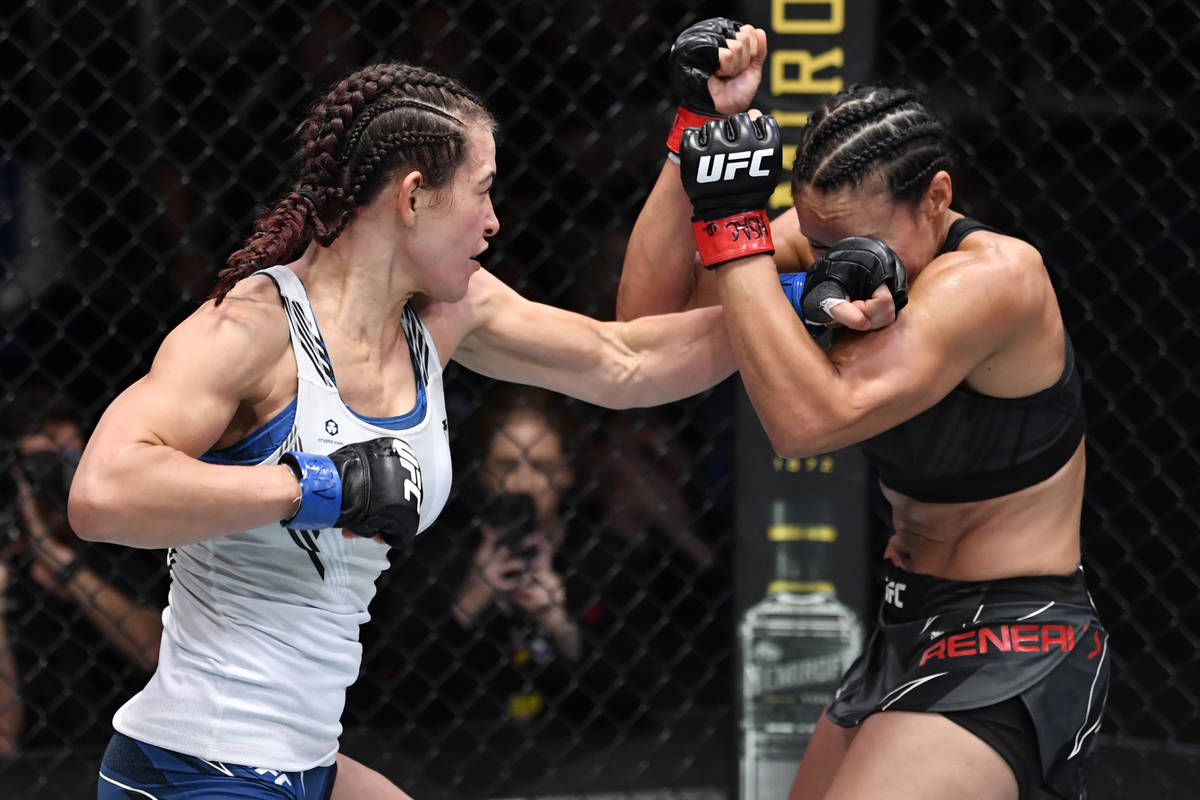 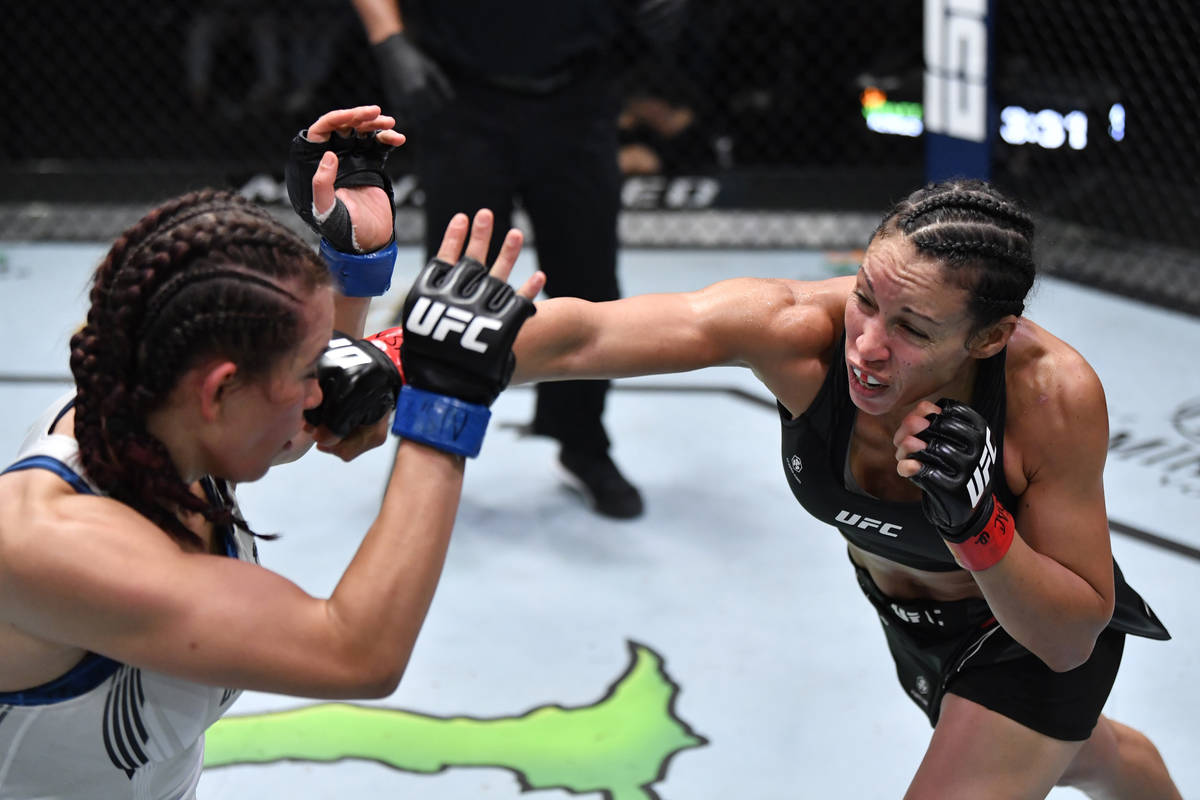 Miesha Tate made her return from a retirement of nearly five years on the UFC on ESPN 26 card on Saturday night at the Apex.

She didn’t miss a beat.

The 34-year-old former women’s bantamweight champion stopped Marion Reneau with a series of punches on the ground near the cage at 1:53 of the third round for her first win since winning the title in March 2016.

“I’m so happy,” she said. “This has been a lot of hard work and self discovery, but I’m here and I’m back.”

In the main event, lightweight Islam Makhachev won his eighth straight as he finished Thiago Moises on a rear-naked choke in the fourth round.

Makhachev, the protege of former lightweight champion Khabib Nurmagomedov, is a rising star and future contender. But it was Tate who stole the show on Saturday.

After winning the belt against Holly Holm, Tate was knocked out by Amanda Nunes and then dropped a decision to Raquel Pennington that November, before deciding to retire. She cited personal issues, particularly a relationship she called “toxic,” for zapping her will to compete.

During her time away, she met her current fiance and had two children with him. Her desire to resume her career was also sparked and now she’s ready to make a run.

Tate secured takedowns in all three rounds before finally becoming the first person to ever finish Reneau in a professional fight.

“I want to absorb it and take it in,” she said. “It’s been five years in the making and I want to celebrate. I was the first person to finish Marion. I checked a lot of things on the bucket list today. I made some dreams come true.”

Reneau took off her gloves and left them in the cage after the loss, doubling down on her pre-fight announcement that she would retire from the sport at 44 years old.

An undercard bout between Miles Johns and Anderson dos Santos was canceled hours before they were supposed to walk to the cage because of COVID-19 protocols. According to UFC officials, the issue was in the dos Santos camp.