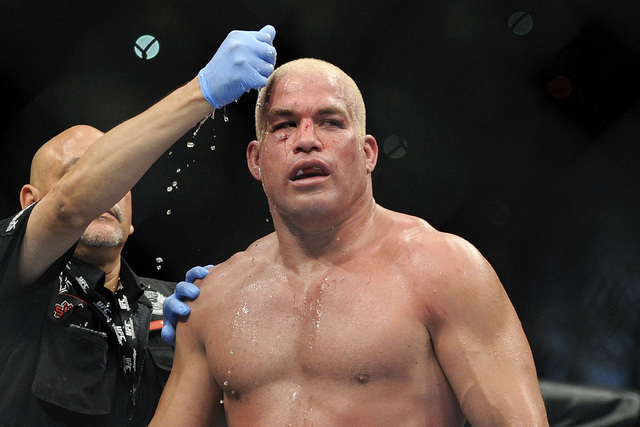 In this July 7, 2012, file photo, Tito Ortiz gets cooled down after his fight with Forrest Griffin at their UFC 148 light heavyweight fight at the MGM Grand Garden Arena. (AP Photo/David Becker, File) 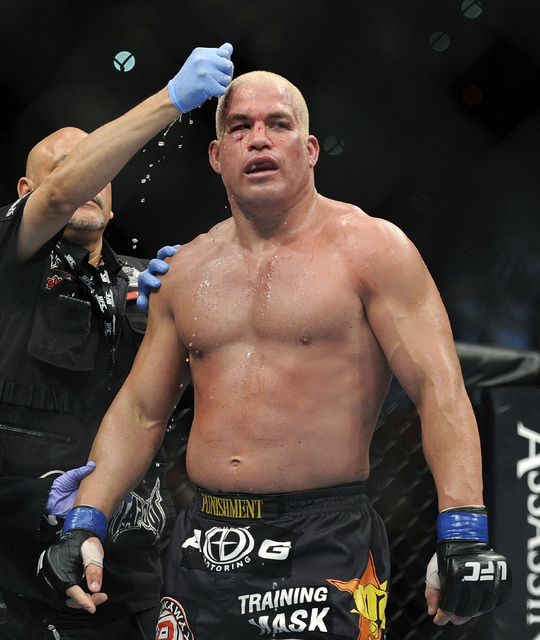 In this July 7, 2012, file photo, Tito Ortiz gets cools down after his fight with Forrest Griffin at their UFC 148 light heavyweight fight at the MGM Grand Garden Arena in Las Vegas. (David Becker, File/AP)

Since then, Ortiz has kept busy trying to grow some of his businesses in his hometown of Huntington Beach, Calif. He manages Cris ‘Cyborg’ Justino and is also working on launching a TV series called ‘Tito Ortiz vs. Sea Monsters’.