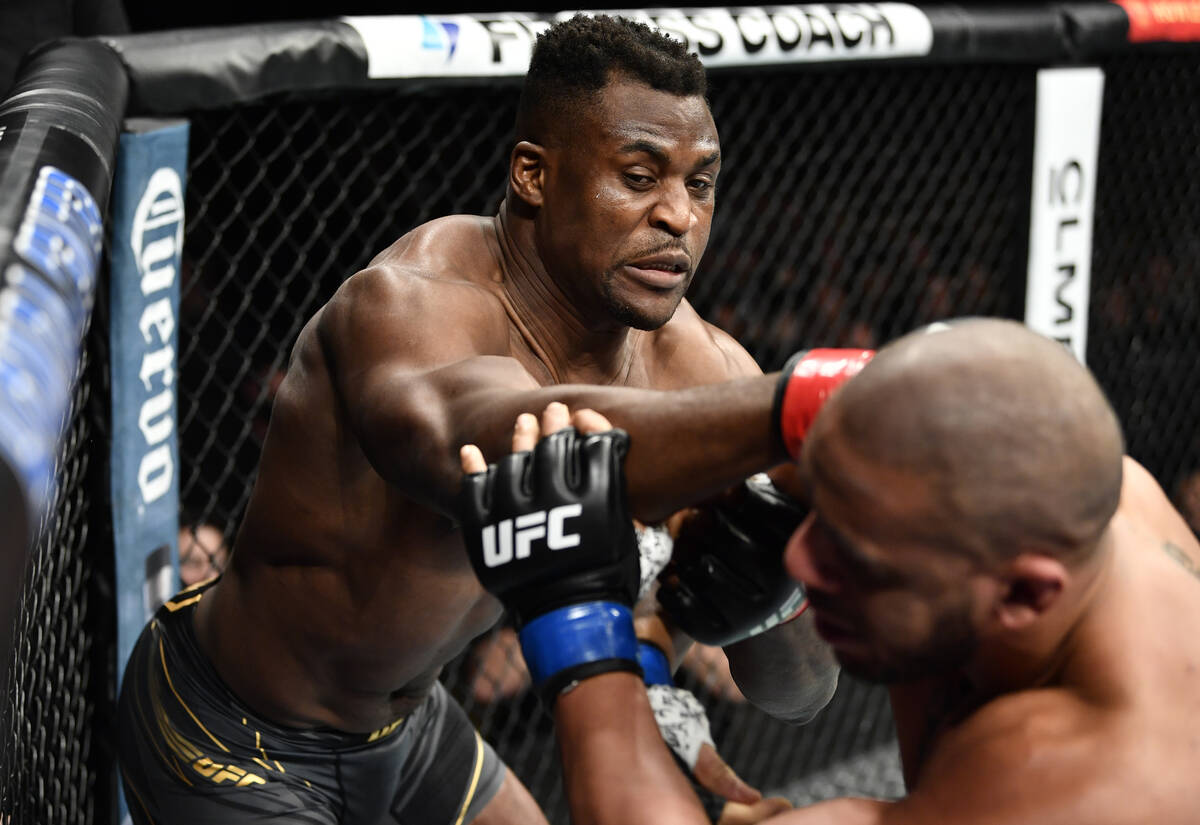 Francis Ngannou, left, of Cameroon punches Ciryl Gane of France in their UFC heavyweight championship fight during the UFC 270 event at Honda Center on January 22, 2022, in Anaheim, California. (Photo by Chris Unger/Zuffa LLC) 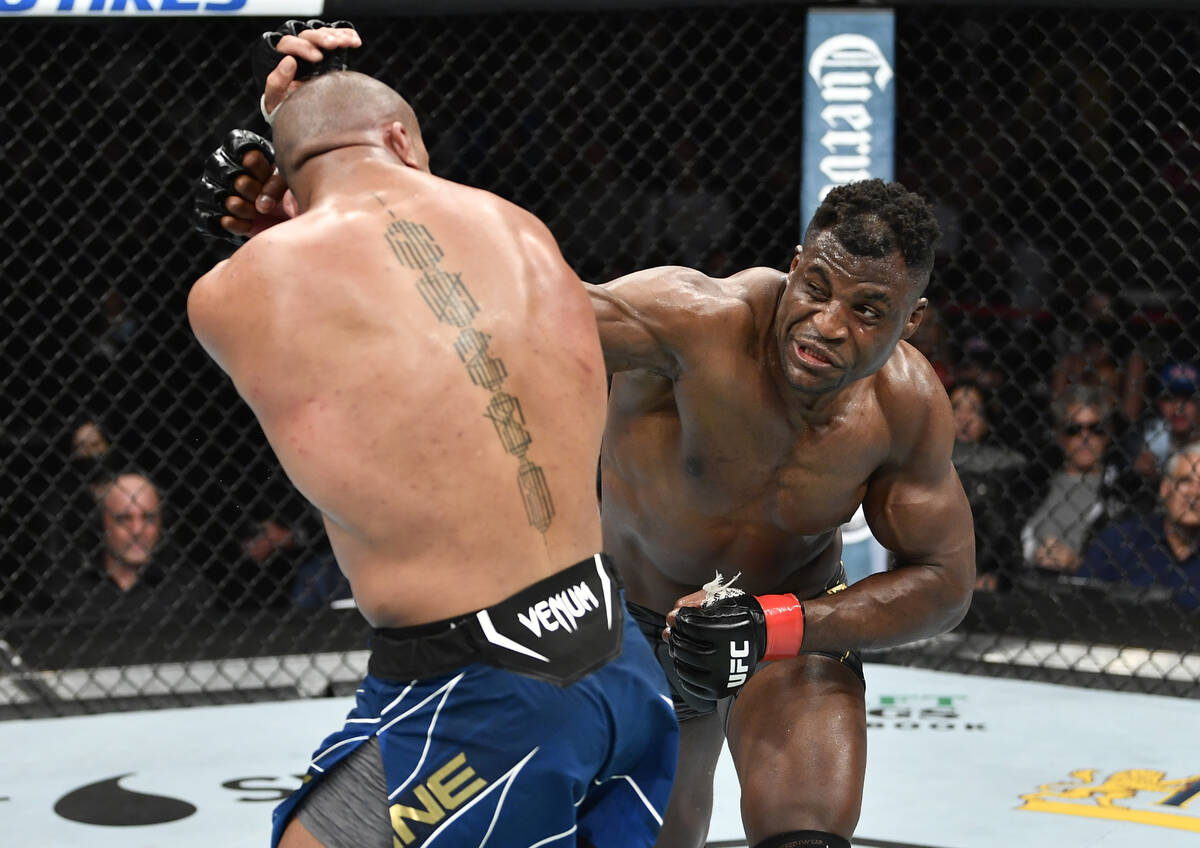 Francis Ngannou, right, of Cameroon punches Ciryl Gane of France in their UFC heavyweight championship fight during the UFC 270 event at Honda Center on January 22, 2022, in Anaheim, California. (Photo by Chris Unger/Zuffa LLC)

ANAHEIM, Calif. — Ciryl Gane spent the majority of the first two rounds doing everything he could to stay away from the powerful right hand of heavyweight champion Francis Ngannou.

So Ngannou, a Las Vegas resident, threw Gane to the mat and went to work, utilizing wrestling skills he has rarely displayed to secure a unanimous decision and retain the belt in the main event of UFC 270 on Saturday at Honda Center.

In the co-main event, Deiveson Figueiredo reclaimed the flyweight belt he lost to Brandon Moreno in June by winning a unanimous decision in the third fight of their trilogy.

Figueiredo kept the belt when they fought to a draw in December 2020 before losing it in the rematch when Moreno submitted him.

The third fight was a wild back-and-forth bout that saw both fighters score knockdowns and takedowns, with each swinging wildly until the final bell.

It was a much different pace than the main event.

Gane peppered Ngannou from the outside and utilized that range to keep Ngannou, who had never won a fight that went beyond two rounds, at bay.

Ngannou seized control in the third with a big takedown and doing damage on the ground in a fight that was expected to be a slugfest.

He repeated the strategy in the fourth and fifth rounds to earn his sixth straight win and successfully defend the title for the first time.

“I knew he was going to be tough,” Ngannou said. “I did what I had to do. I stayed composed. Don’t chase and trust yourself.”

While there wasn’t much doubt about the decision in that fight, Figueiredo had to wait a few tense moments after the final bell before he heard the scores and realized he was again champion. He did win 48-47 on all three cards.

“Thank you to Brandon Moreno for giving me this opportunity and thanks for stepping in with me to deliver the fight of the night,” Figueiredo said. “But today is my day.”

While both fighters had a chance to take control, Figueiredo came closest to finishing the bout.

Moreno said he thought his speed controlled the fight and he had done enough to warrant a victory.

A heavily partisan crowd, many waving Mexican flags for the first Mexican-born champion in UFC history, was similarly disappointed in the judges.

Figueiredo proposed a fourth fight between the two in Mexico.

After Andre Fialho came out strong in the first five minutes and nearly prompted the referee to stop the fight, Pereira found his rhythm and started opening up his explosive and creative striking repertoire.

He won the final two rounds and scored a unanimous decision.

“My opponent was really strong,” Pereira said. “He came in with that jab, and it really surprised me.”

Also on the main card, rising bantamweight contender Said Nurmagomedov made quick work of Cody Stamann to improve to 4-1 in the UFC and win for the ninth time in 10 fights overall.

Nurmagomedov finished the fight with his grappling, as he secured a guillotine 47 seconds into the bout, but showcased his overall game by putting Stamann on the ground with some flashy striking.

Michael Morales made a successful UFC debut by knocking out Houston police officer Trevin Giles in the first round of a welterweight bout.

Morales earned a contract with a strong performance on “Dana White’s Contender Series” and continued the momentum by handing the veteran his second consecutive knockout loss.