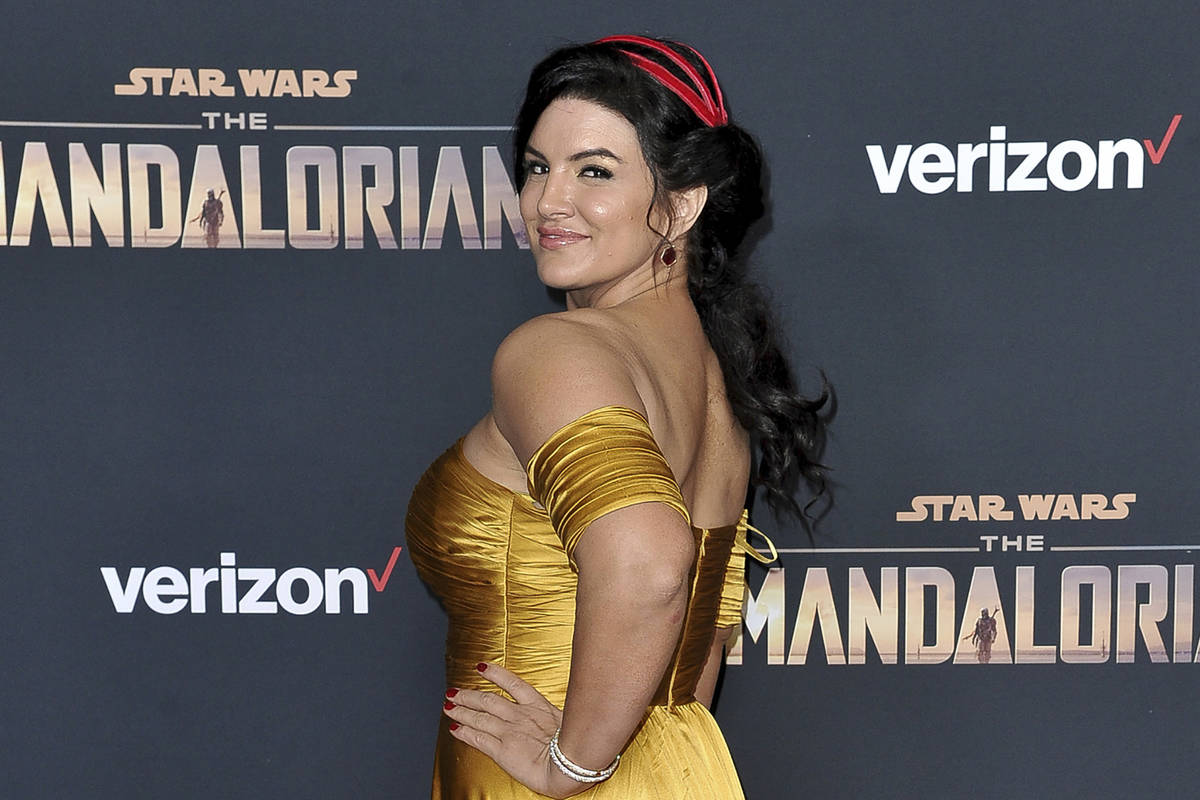 In this Wednesday, Nov. 13, 2019, file photo, Gina Carano attends the LA premiere of "The Mandalorian" at the El Capitan Theatre in Los Angeles. (Photo by Richard Shotwell/Invision/AP, File)

Former MMA star Gina Carano has taken a hard right turn into her next project just days after being dumped by Disney.

Carano will partner with conservative site The Daily Wire to produce and star in a film made exclusively for the site’s members.

The 38-year-old, who was raised in Las Vegas and is the daughter of former UNLV quarterback and current gaming executive Glenn Carano, was released from any future role in Lucasfilm’s “The Mandalorian” after an Instagram post that compared being a conservative in 2021 to being Jewish in Nazi Germany.

It was the latest social media controversy for Carano, who has expressed doubts about the severity of COVID-19 and the legitimacy of the 2020 presidential election.

“The Daily Wire is helping make one of my dreams — to develop and produce my own film — come true. I cried out and my prayer was answered,” Carano posted Friday on Instagram. “I am sending out a direct message of hope to everyone living in fear of cancellation by the totalitarian mob. I have only just begun using my voice which is now freer than ever before, and I hope it inspires others to do the same.

“They can’t cancel us if we don’t let them.”

Carano rose to fame as an MMA fighter but left the sport after suffering her first loss, against Cris “Cyborg” Justino in a Strikeforce women’s featherweight title bout in 2009.

She became an actress and got her first starring role in “Haywire,” a 2011 Steven Soderbergh thriller.

“We could not be more excited to be working with Gina Carano, an incredible talent dumped by Disney and Lucasfilm for offending the authoritarian Hollywood Left. This is what Daily Wire exists to do: Provide an alternative not just for consumers but for creators who refuse to bow to the mob,” Shapiro said in a statement. “We’re eager to bring Gina’s talent to Americans who love her, and we’re just as eager to show Hollywood that if they want to keep canceling those who think differently, they’ll just be helping us build the X-wing to take down their Death Star.”