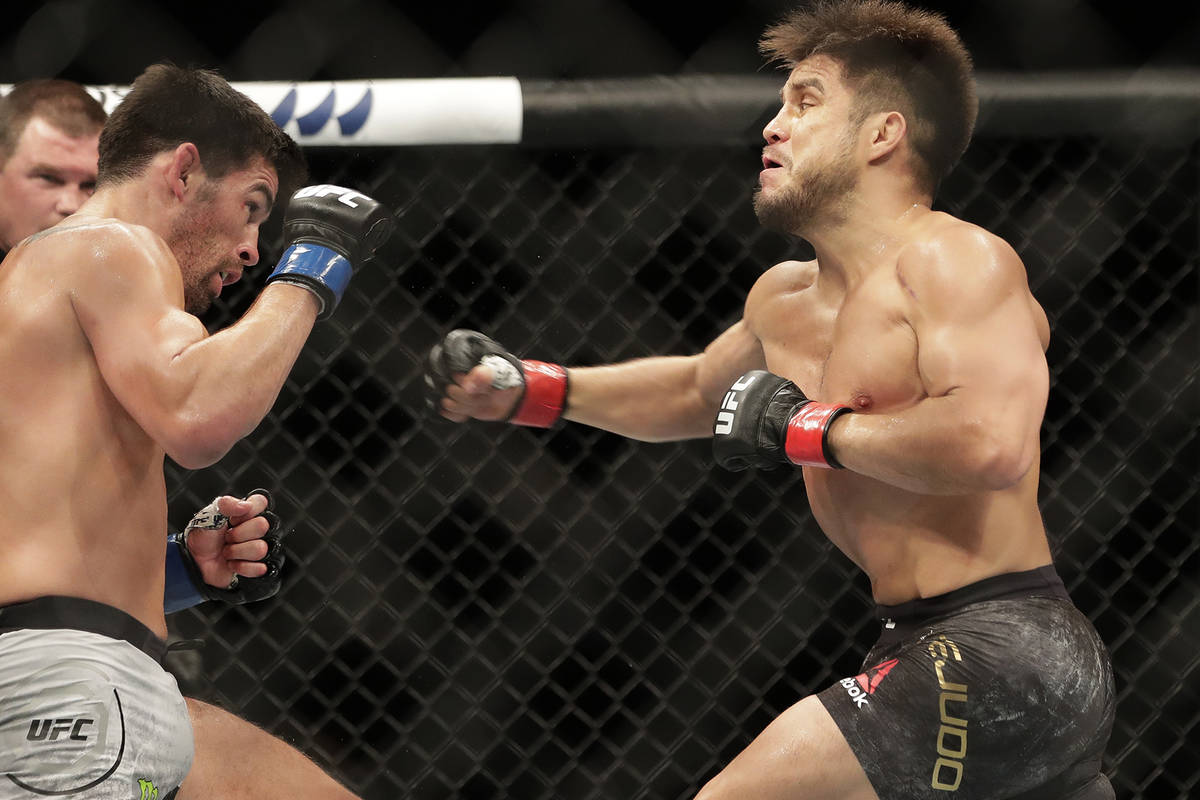 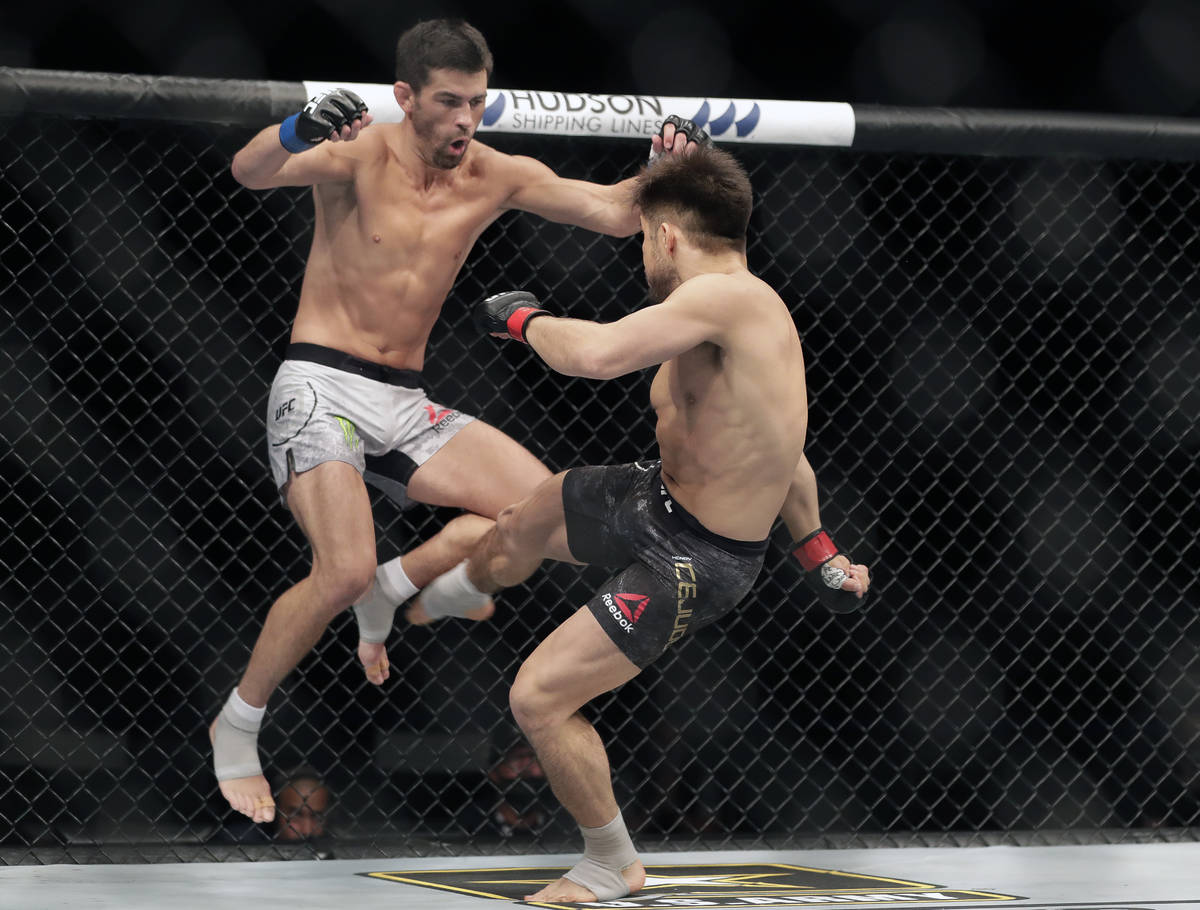 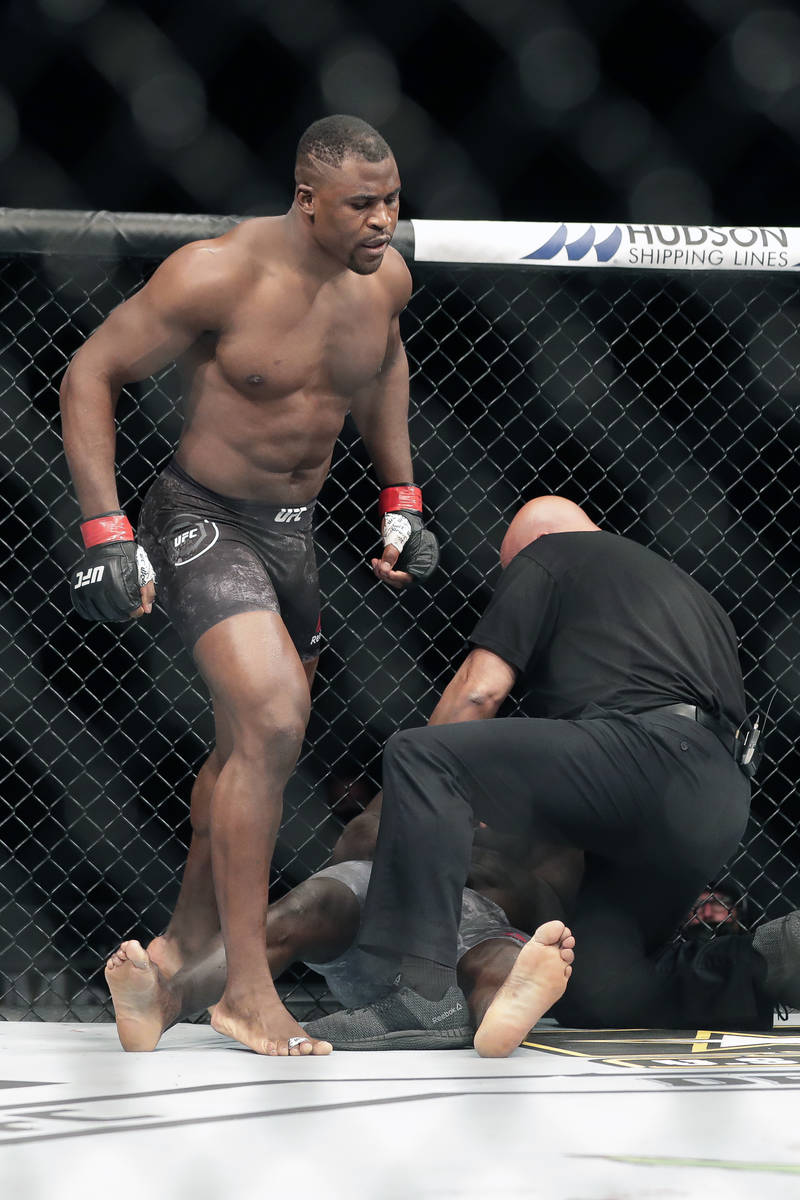 Francis Ngannou, left, walks alway after knocking out Jairzinho Rozenstruck in the first round of a UFC 249 mixed martial arts bout Saturday, May 9, 2020, in Jacksonville, Fla. (AP Photo/John Raoux) 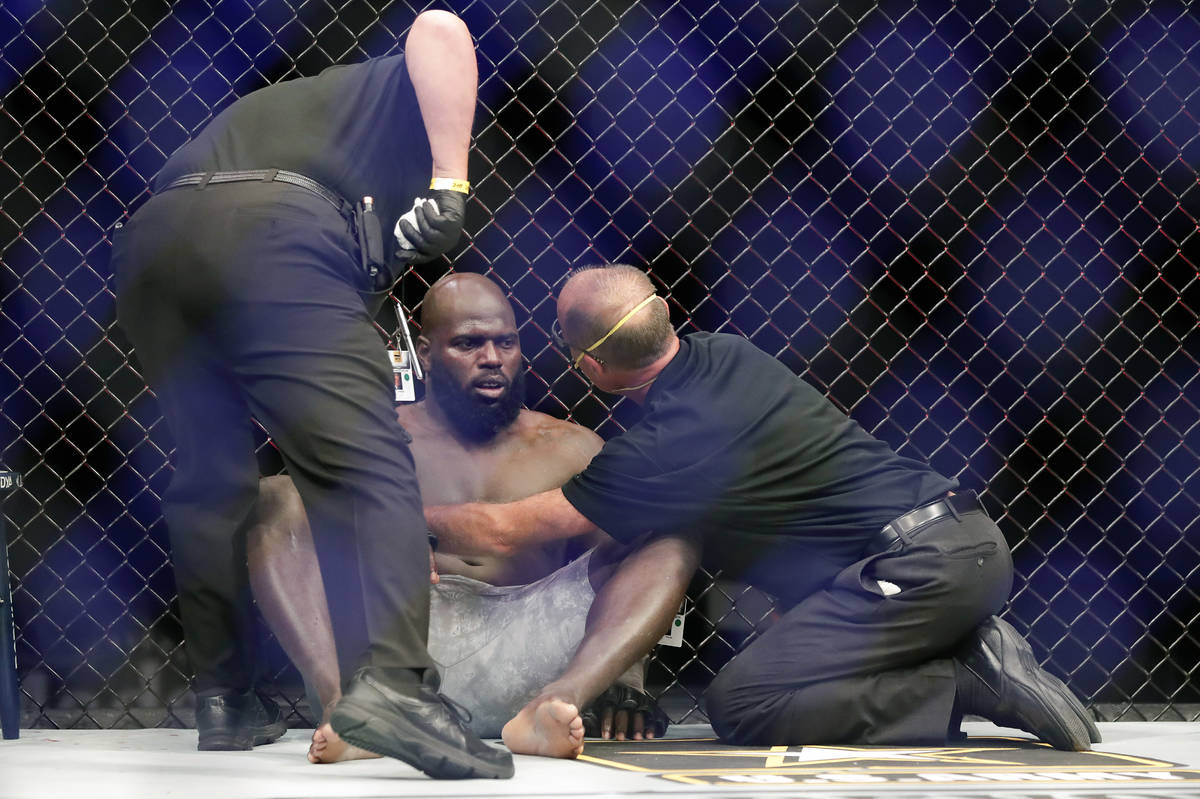 Medical personnel check on Jairzinho Rozenstruck, center, after he was knocked out by Francis Ngannou in the first round of a UFC 249 mixed martial arts bout Saturday, May 9, 2020, in Jacksonville, Fla. (AP Photo/John Raoux)

That was more than enough for Cejudo to feel content, who announced his retirement after the victory.

“I’m ruthless,” the two-division champion and Olympic gold medalist said. “I may be cringy and corny, but boy can I fight. I’m the greatest combat sports athlete of all time.

“I’m happy with my career. I’ve done enough in the sport. Triple-C is out.”

Moments after his head was cut open by an accidental headbutt, Cejudo took advantage of the restart with a crushing knee to drop Cruz and followed up with left hands as he tried to get to his feet. Cruz disputed the stoppage to no avail.

In the main event, Justin Gaethje stopped Tony Ferguson at 3:39 of the fifth round to end Ferguson’s 12-fight winning streak and capture the interim lightweight title.

Gaethje punished Ferguson, mostly with left hands and leg kicks, until the referee decided he had seen enough of the punishment.

“This is hard work,” Gaethje said. “I’ve worked since I was four years old, never looking past any day and just trying to be better than yesterday. That’s all this is.”

Ngannou dropped Rozenstruik with a devastating left hook and followed up with punches as Rozenstruik sat against the cage.

It was his fourth straight first-round knockout, with the longest fight going just 1:11.