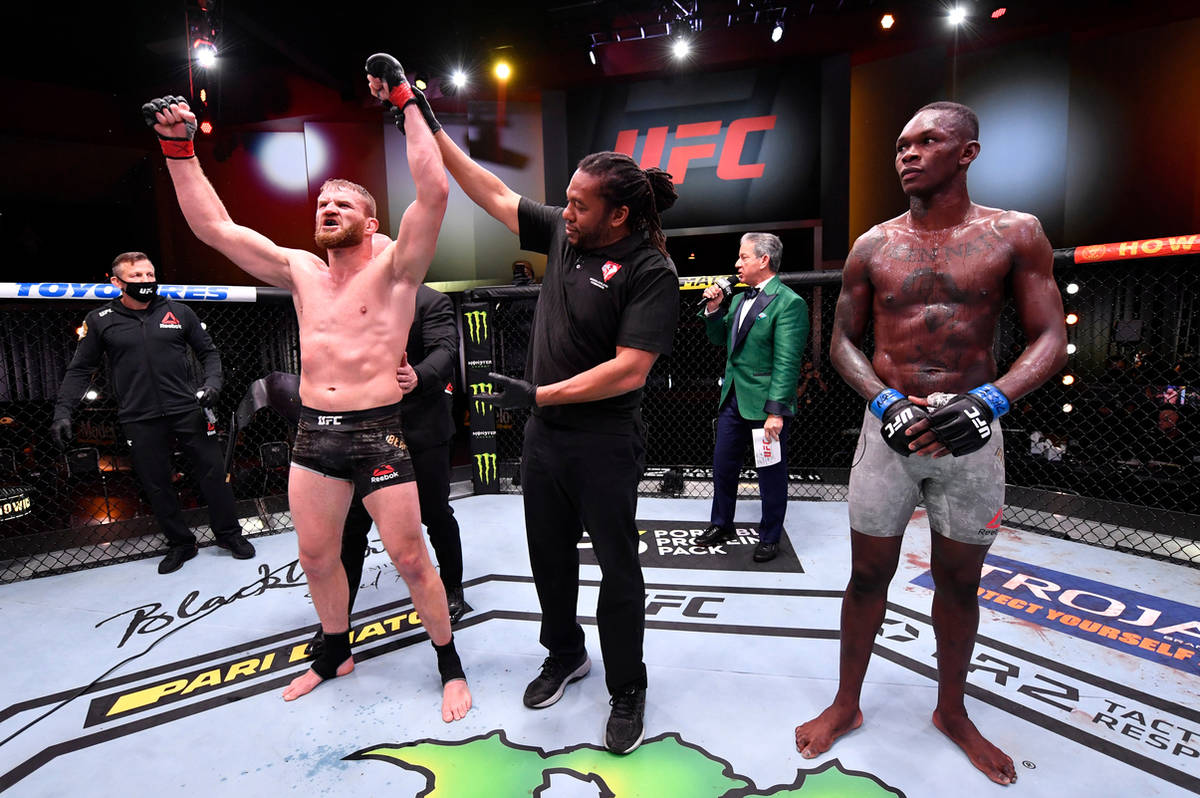 LAS VEGAS, NEVADA - MARCH 06: Jan Blachowicz of Poland celebrates after his victory over Israel Adesanya of Nigeria in their UFC light heavyweight championship fight during the UFC 259 event at UFC APEX on March 06, 2021 in Las Vegas, Nevada. (Photo by Jeff Bottari/Zuffa LLC) 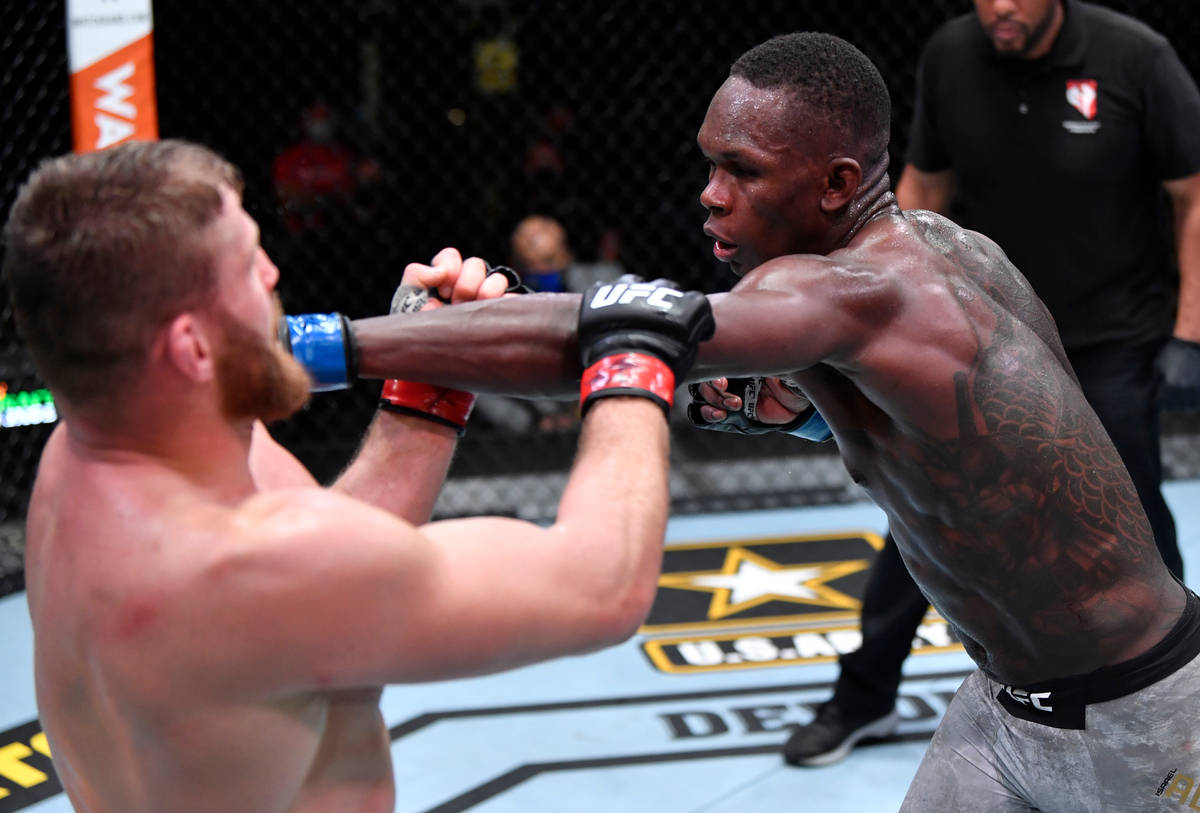 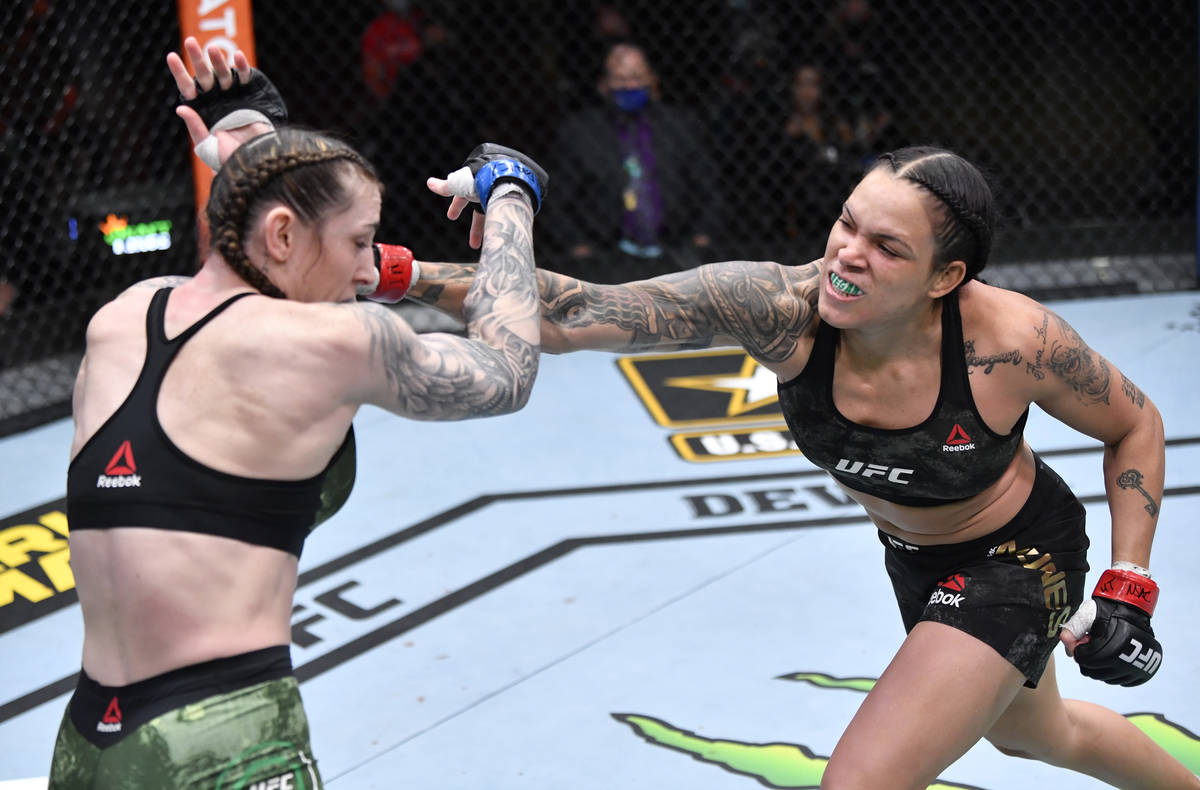 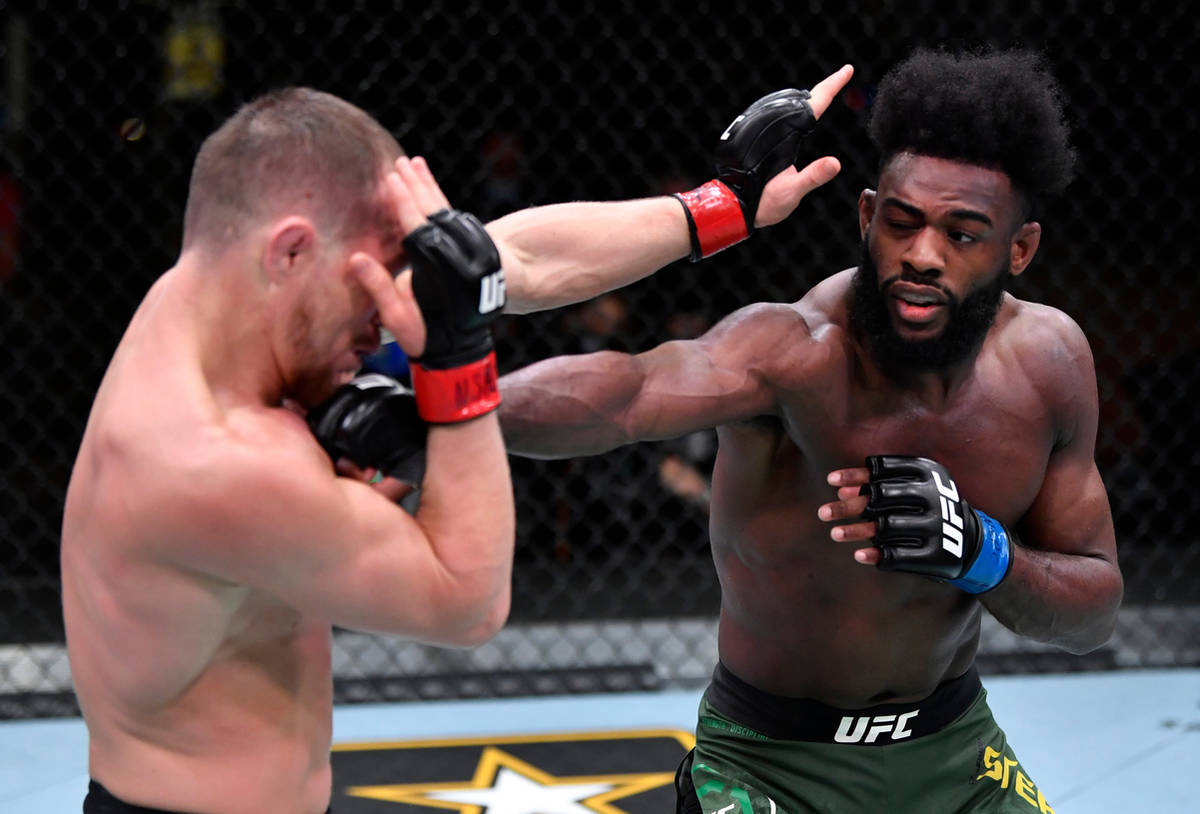 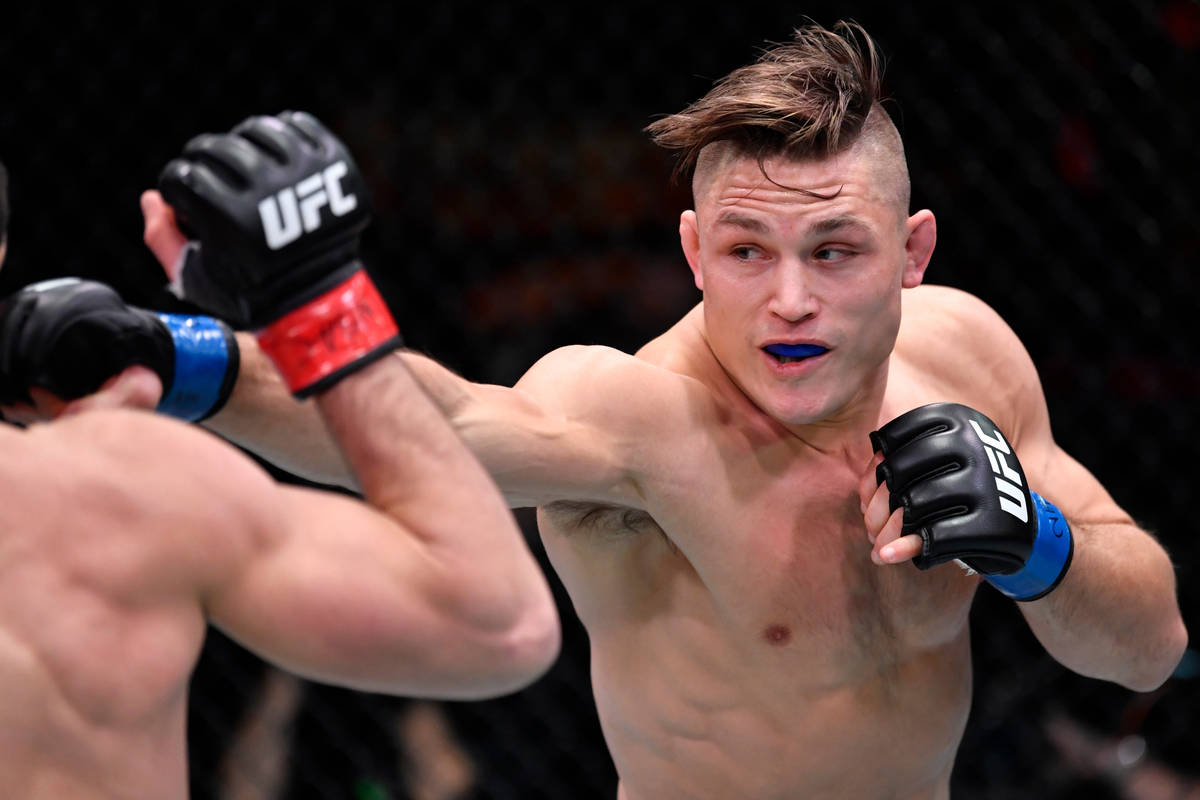 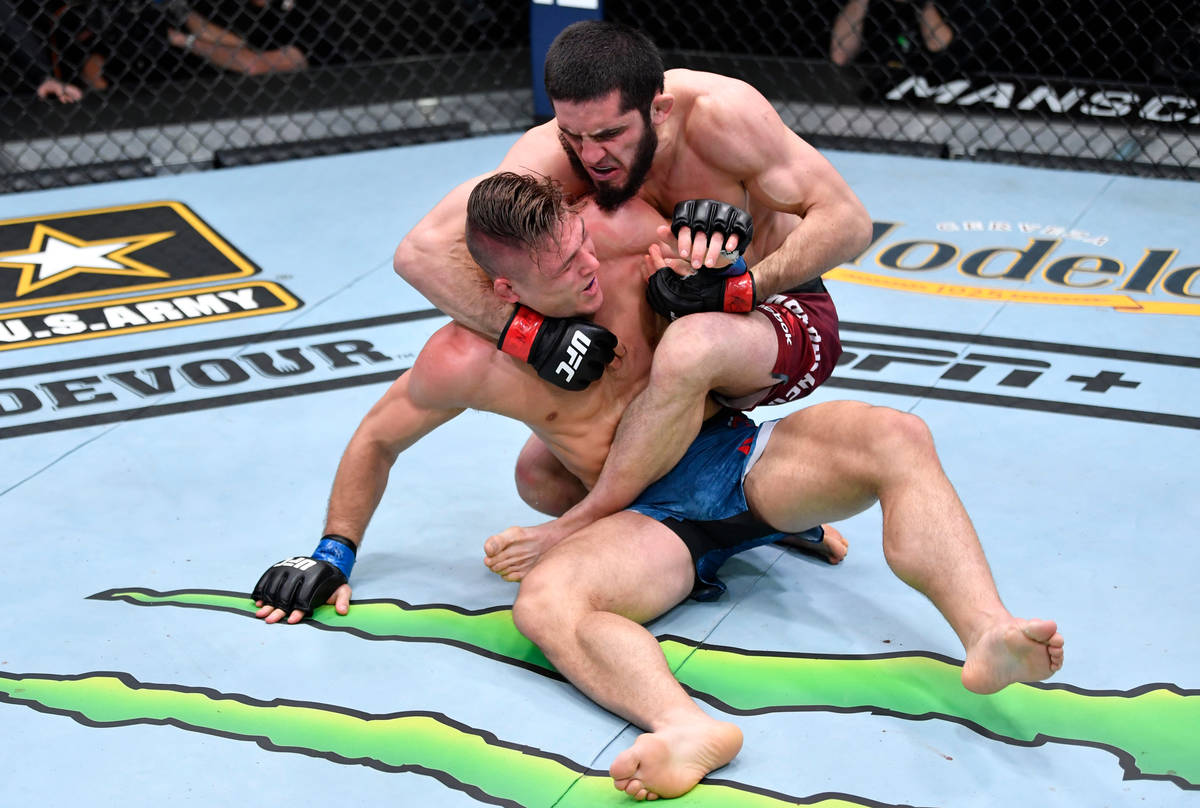 LAS VEGAS, NEVADA - MARCH 06: (R-L) Islam Makhachev works for a submission against Drew Dober in their lightweight fight during the UFC 259 event at UFC APEX on March 06, 2021 in Las Vegas, Nevada. (Photo by Jeff Bottari/Zuffa LLC) 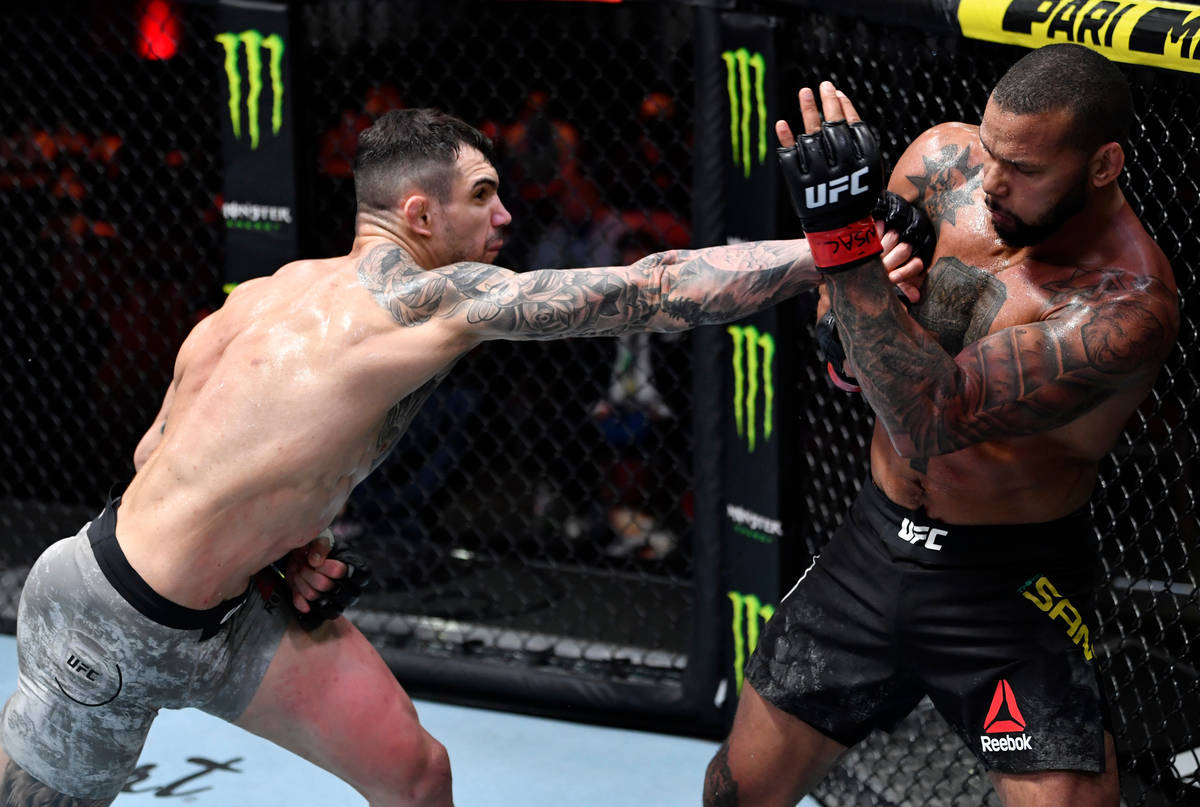 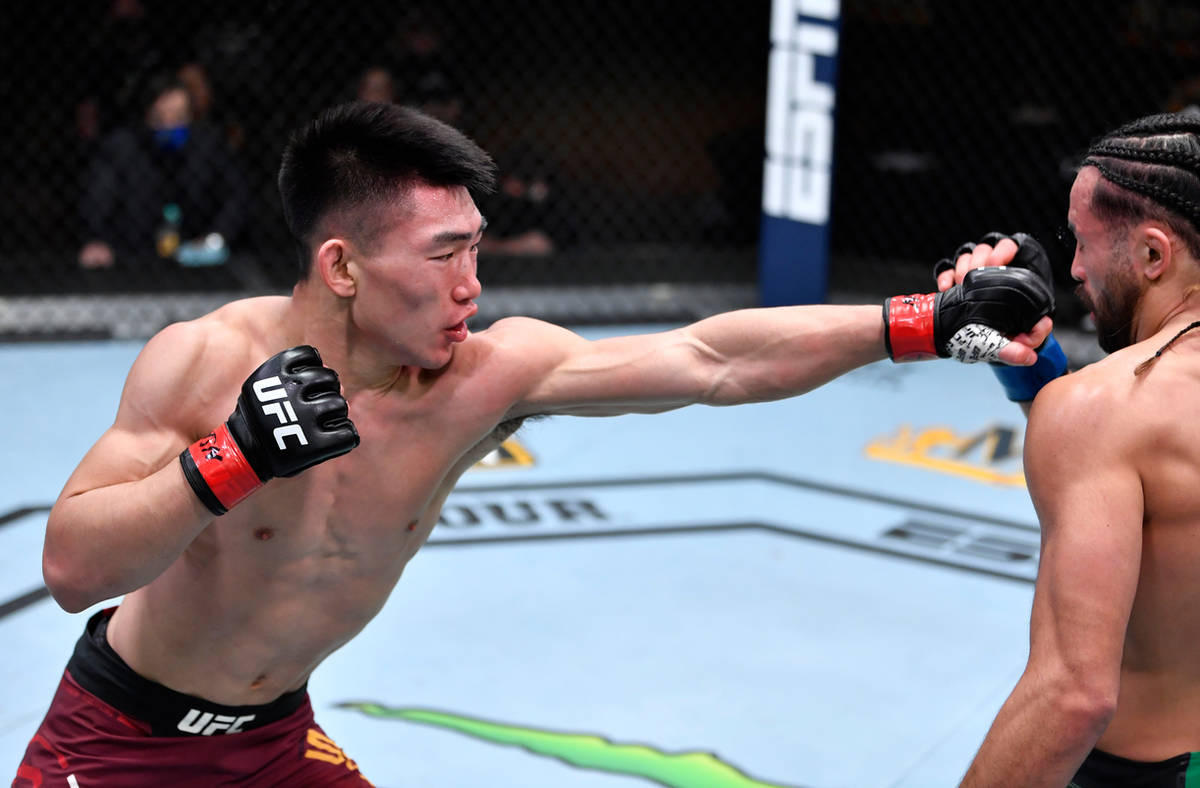 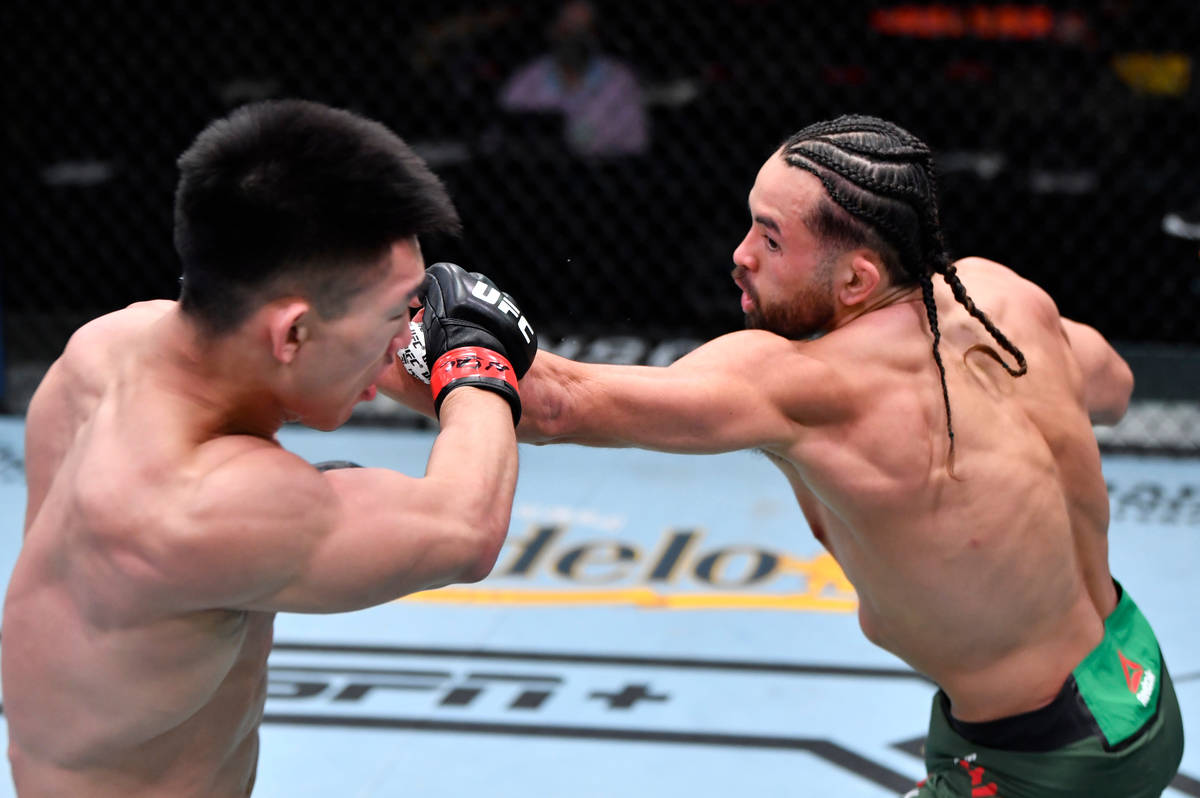 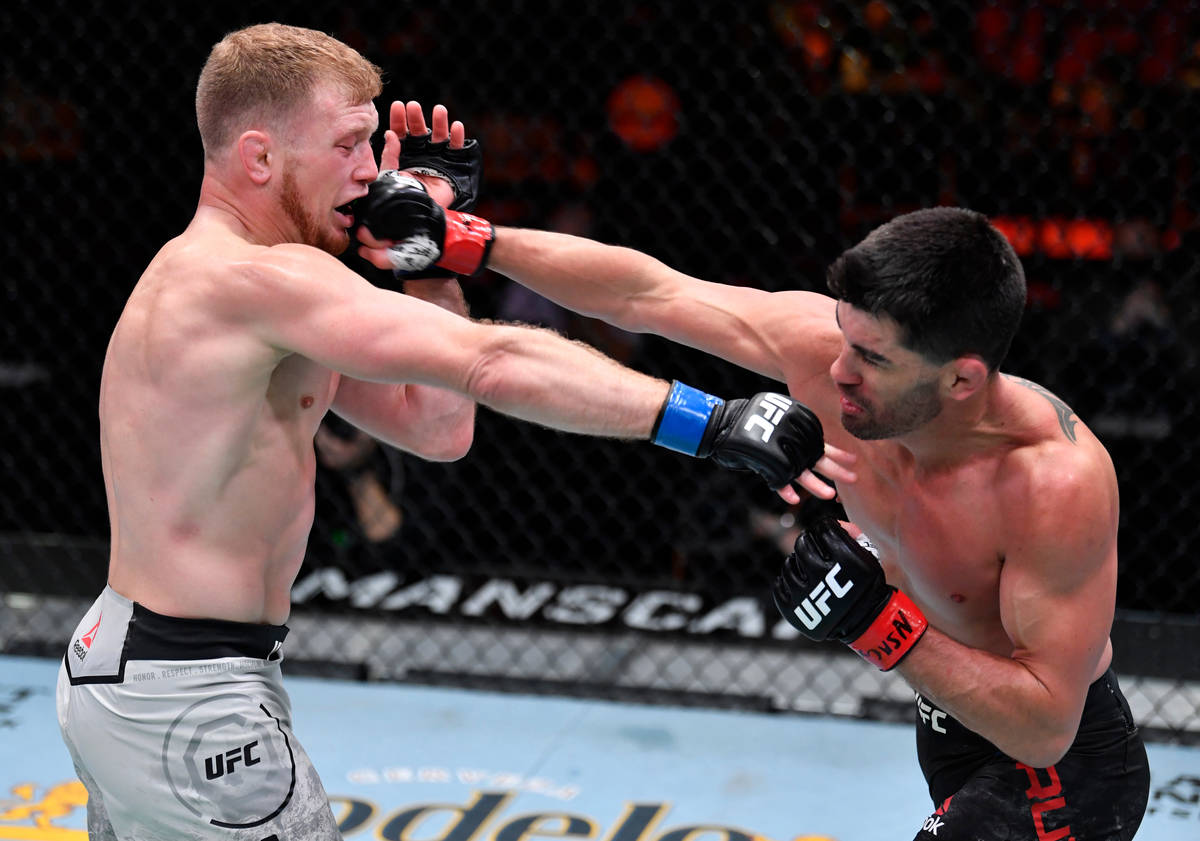 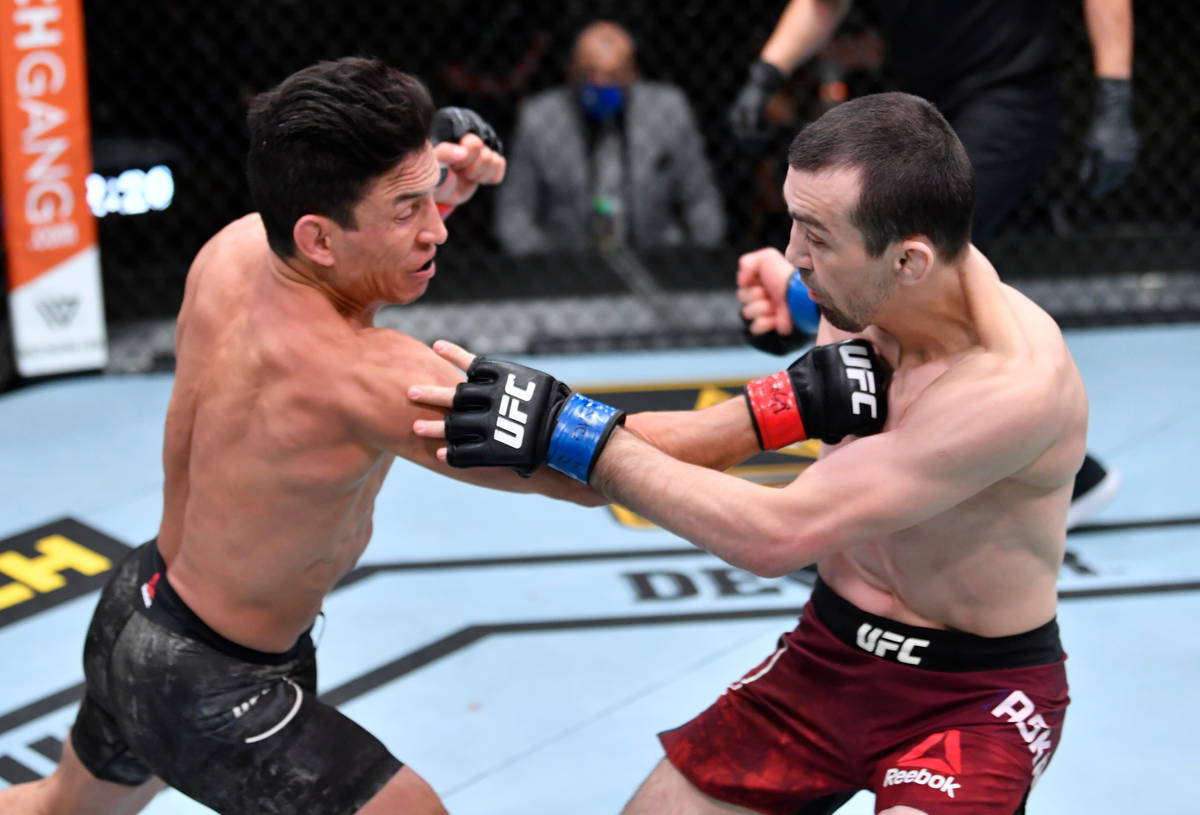 Middleweight champion Israel Adesanya moved up to light heavyweight to challenge for the title in an attempt to join the elite club of two-division UFC champions.

Jan Blachowicz had other plans.

The light heavyweight champion secured takedowns midway through both the fourth and fifth rounds and controlled top position each time to retain the belt by unanimous decision in the main event of UFC 259 on Saturday night.

Adesanya would have been the fifth fighter to simultaneously hold two belts. One of them, Amanda Nunes, had far more success on Saturday night.

Nunes made quick work of Megan Anderson to win her 12th straight bout and improve to 9-0 in UFC title fights.

It was her second successful defense of the featherweight belt.

Nunes landed an overhand right in the first minute that stunned Anderson, then dropped her to the mat and unleashed a barrage of punches. Anderson tried to cover up and Nunes switched to a triangle armbar to force a tap out at 2:03 of the opening round.

“The plan was exactly how I finished the fight,” she said. “Nobody is going to stop me. I’m going to retire undefeated and with the two belts at home.”

The result of the first of the three title fights on the card was far less definitive.

Petr Yan lost his bantamweight title to Aljamain Sterling as a result of a disqualification for an illegal knee in the fourth round.

Sterling was on his knees with Yan standing over him when the referee verbally told him that Sterling was grounded and couldn’t be kicked or kneed to the head, but Yan delivered a crushing knee from which Sterling couldn’t recover.

The referee, in consultation with the ringside physician, stopped the fight and ruled it a disqualification.

“Everything I worked for, man, to this point. To have the fight go like that?” Sterling said after becoming the first UFC fighter to win a belt by disqualification. “I thought the fight was very close and thought I was down two rounds. That’s not the way I wanted to win. I threw the belt down, man. I tried to continue, but I was in bad shape. It would have just been ego trying to go on.”

Yan was ahead on two of the three scorecards through three rounds and had started to take control of the fight. He was a minus-3500 favorite in the live betting market at the time of the stoppage.

Islam Makhachev, a childhood friend and training partner of lightweight champion Khabib Nurmagomedov, submitted Drew Dober with an arm triangle in the third round of their lightweight bout.

It was his seventh straight victory.

Aleksandar Rakic kicked off the opening card with a unanimous-decision victory over former light heavyweight title challenger Thiago Santos as neither fighter could muster much offense over the 15 minutes.

On the preliminary card, former bantamweight champion Dominick Cruz earned his first win since 2016 with a split-decision victory over Casey Kenney.

That stretch included two losses and a layoff of more than three years because of injury.