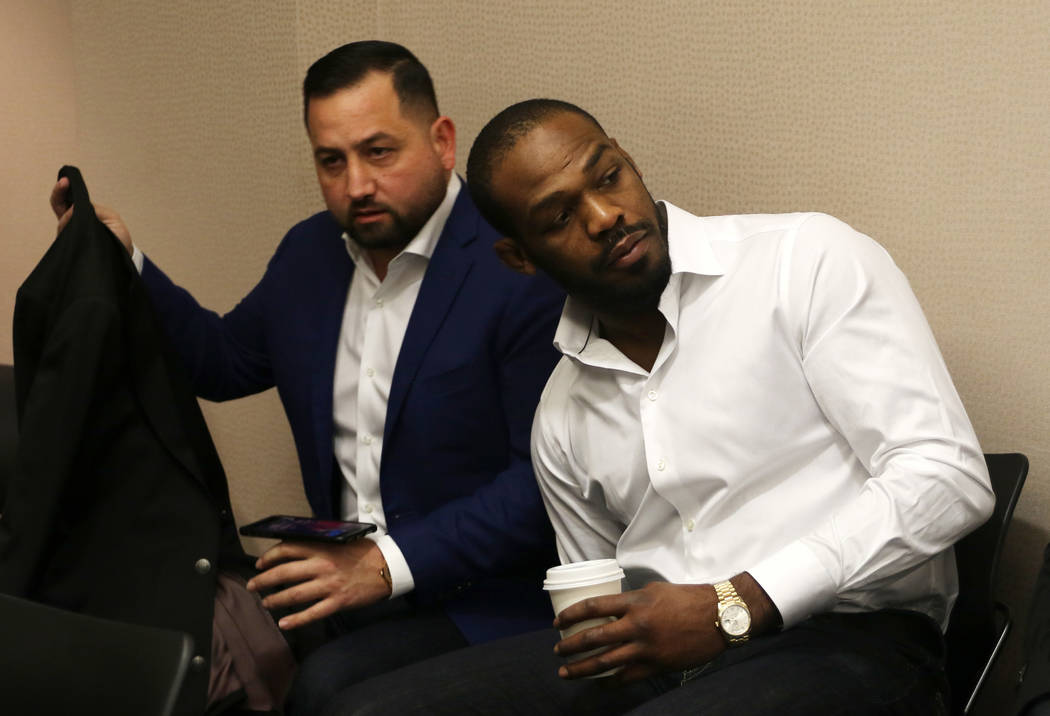 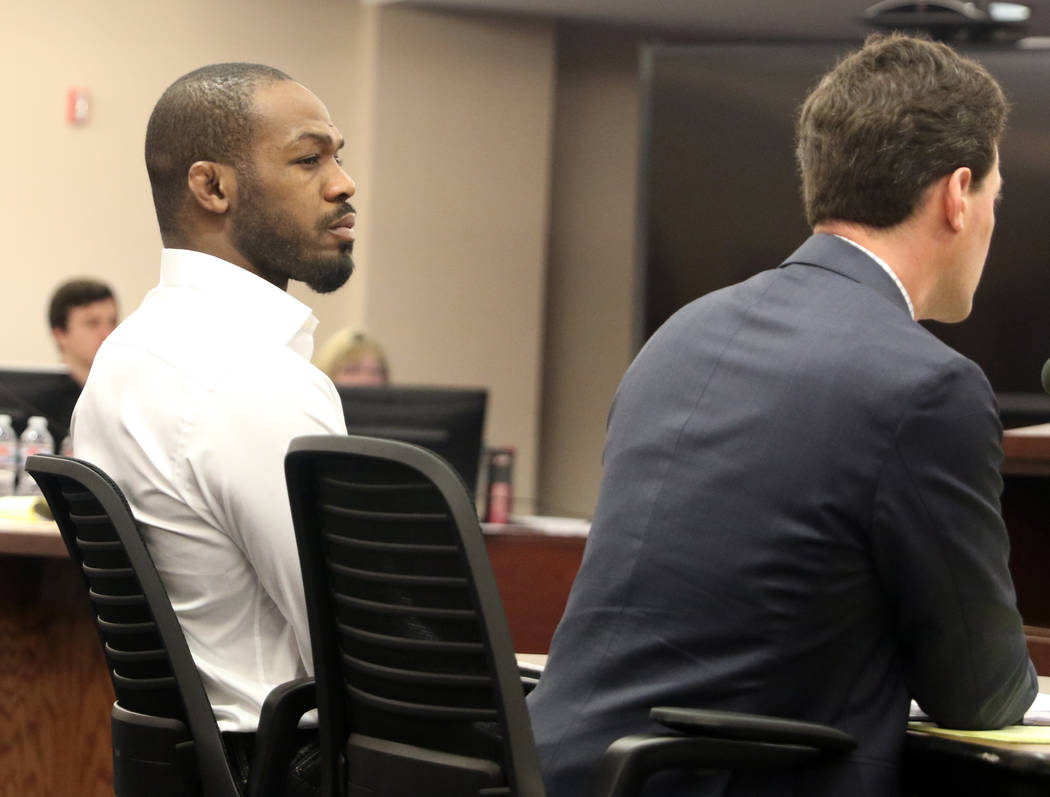 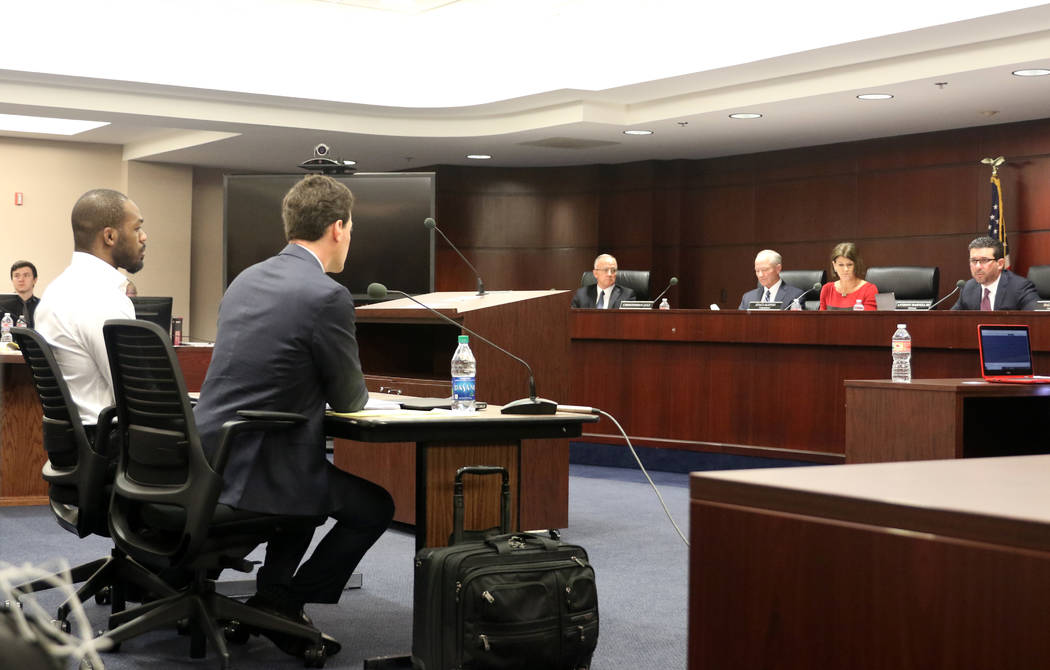 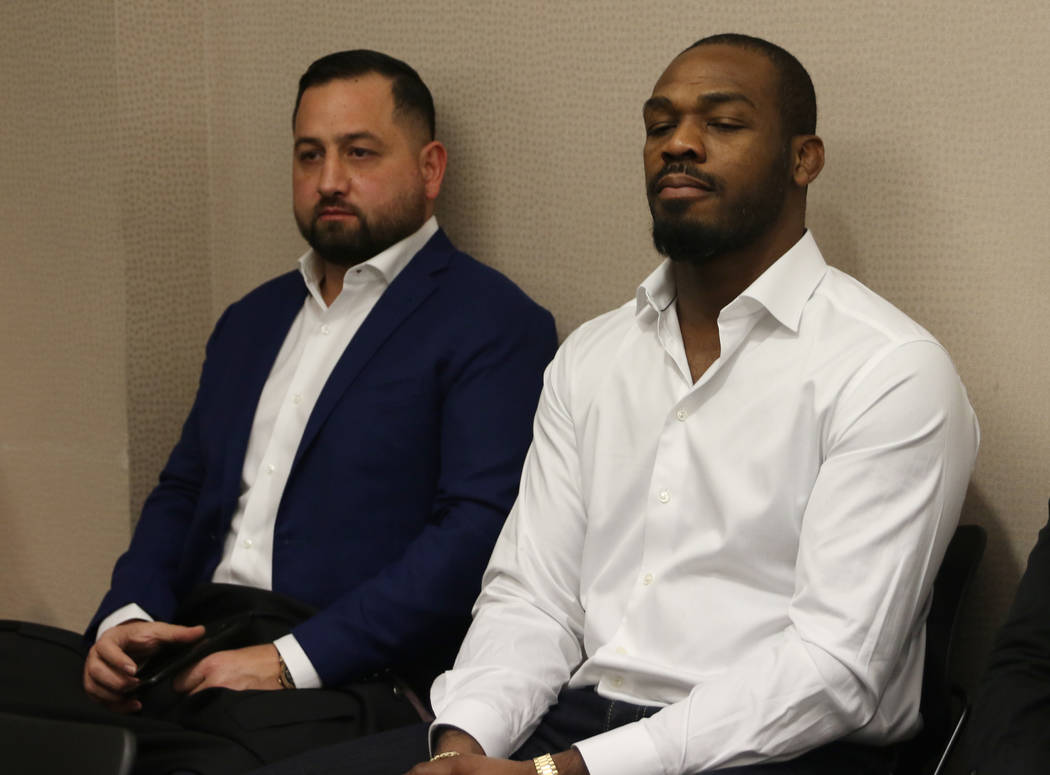 UFC light heavyweight champion Jon Jones was granted a license to fight by a unanimous vote of the Nevada Athletic Commission at a Tuesday meeting at the Sawyer Building.

Jones is scheduled to defend the belt against Anthony Smith on March 2 at T-Mobile Arena in the main event of UFC 235. He was issued a provisional one-fight license under the order of submitting to enhanced testing procedures throughout 2019.

“Thank you so much to (the U.S. Anti-Doping Agency), thank you to the NAC, my team, the UFC and mainly the fans for sticking by me through this process, allowing me to say my peace and eventually prove my innocence,” Jones said in a statement. “I’m super grateful to be back fighting in Nevada. I’m excited that March 2nd is going to be a magnificent event. I’m looking forward to all the testing and to getting back in front of the fans and just putting on great fights.”

Also at the meeting, lightweight champion Khabib Nurmagomedov and former champ Conor McGregor had settlement agreements approved that included fines and suspensions for their role in a postfight melee Oct. 6 at T-Mobile Arena.

Jones was supposed to fight Dec. 29 in Las Vegas, but the NAC learned of adverse findings on Dec. 21 from an out-of-competition test conducted by USADA. The commission decided that it wouldn’t have enough time to adjudicate the case, which involved scientists testifying the results were indicative of leftover amounts of turinabol metabolites indicative of past use and not new ingestion.

Jones was suspended by USADA for using the drug when it was found in his system after a fight in July 2017, but the agency supported Jones in his claims that he shouldn’t be punished for the same thing again.

“We agree with and support the NSAC decision today to license Jon Jones to fight in Nevada, and while USADA does not have jurisdiction over the licensing, we appreciate being able to collaborate with the NSAC to ensure a fair outcome,” a statement from USADA read. “This decision is the same conclusion we reached based on the facts and science under the UFC Anti-Doping Policy and the California Commission reached under its rules. The NSAC conducted a hearing, weighed the facts, listened to the independent experts and appropriately determined that the trace amounts of M3 found in Jones’ samples were residual and provided no performance-enhancing benefit and respected the principle of double jeopardy.”

The UFC moved Jones’ Dec. 29 fight to Los Angeles on less than a week’s notice, and he won the belt with a third-round knockout of Alexander Gustafsson.

That allowed time for the NAC to gather evidence and background information and go through the nearly four-hour hearing Tuesday.

“At the end of the hearing, I don’t think it was a difficult decision at all in my mind,” chairman Anthony Marnell said after hearing testimony and reviewing expert statements. “There’s a balance here between enforcing the regulations and then as a commission always looking forward and continue to be the gold standard by adjusting to new things that come before us.

“At the end of the day, I feel very confident he won’t have any performance-enhancing benefits when he walks into the octagon on March 2 if the tests continue to stay consistent with what we’ve seen.”

Jones said he wanted to go through with the licensing hearing in Nevada so he could fight in Las Vegas again.

“Fighting in Nevada is extremely important to me,” Jones said during the hearing. “I believe it’s the fight capital of the world, and one of my goals since Day One has been to be a mainstream athlete and bring more awareness to mixed martial arts. I think being able to fight in Las Vegas is obviously going to be able to help me do that.”