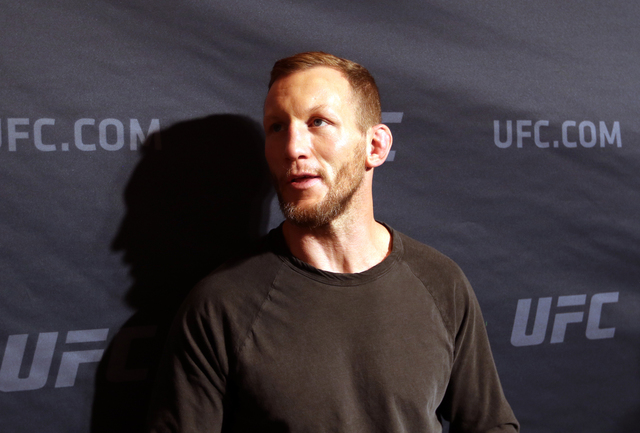 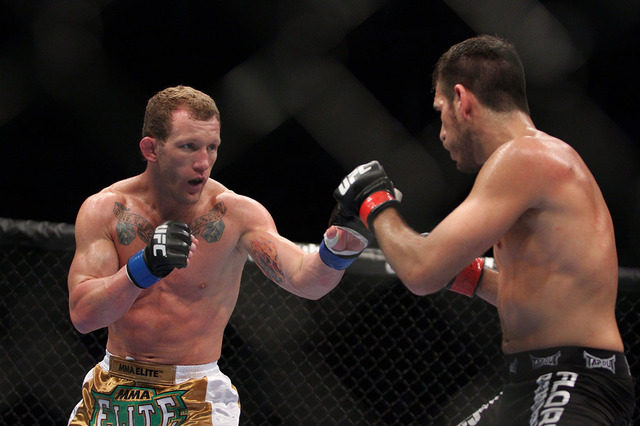 Gray Maynard, left, in action against Kenny Florian during their UFC fight at the TD Garden on Aug. 28, 2010, in Boston. Maynard won via unanimous decision. (AP Photo/Gregory Payan)

Las Vegan Gray Maynard will be back in action as part of “The Ultimate Fighter: Redemption” Finale card at T-Mobile Arena on July 7.

Maynard will fight featherweight Teruto Ishihara, the Review-Journal has confirmed with sources close to the organization.

Ishihara was unbeaten in his first three UFC fights before losing a unanimous decision to Artem Lobov in November.

Maynard, once one of the top contenders at lightweight, has struggled to regain the form that twice led to him challenging for the 155-pound title.

The 37-year-old dropped to featherweight last year and snapped a four-fight losing streak with a win over Fernando Bruno in his 145-pound debut.

Maynard, however, suffered a loss to Ryan Hall in December and will be looking to bounce back against Ishihara.

The event will feature the title fight for Season 25 of “TUF” and will take place one night before UFC 213 in the same venue.