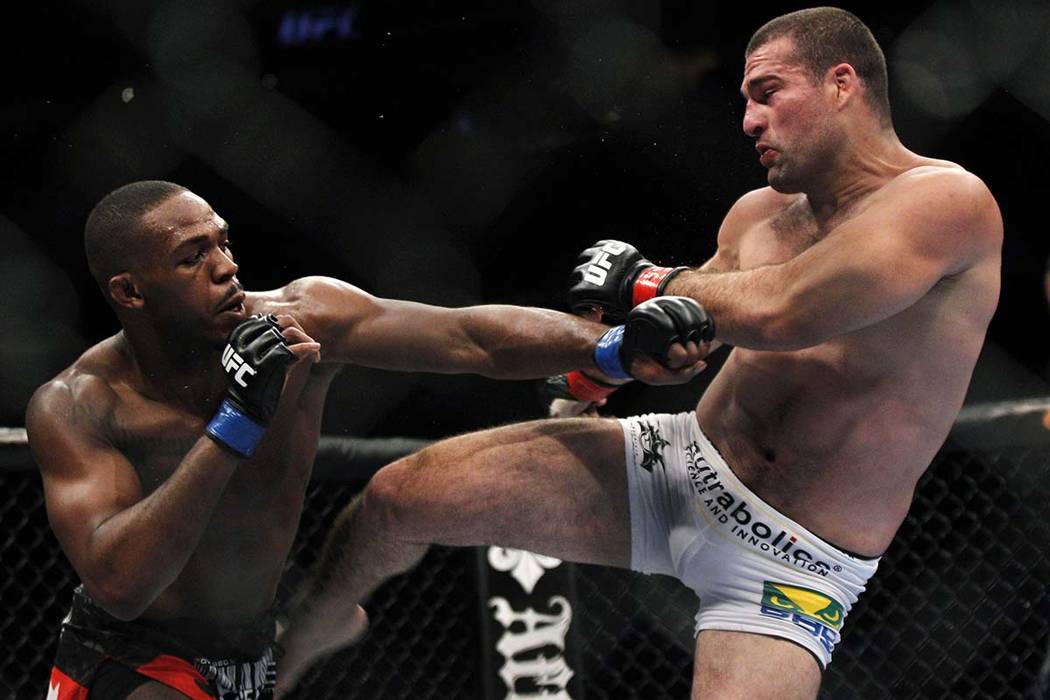 Former UFC light heavyweight champion Mauricio “Shogun” Rua isn’t the first guy who lied to his wife before they got married.

At least his broken promise led to a great deal of success.

When Rua married his wife Renata more than 12 years ago, he assured her he would only fight two more times.

He has since gone on to defeat some of the biggest stars in UFC history and held the 205-pound title for some time.

Rua will look to win his fifth fight in the last six outings when he takes on Scottish submission artist Paul Craig on the UFC Fight Night 164 card in Sao Paulo, Brazil, on Saturday.

The 37-year-old is still fielding questions about when he’s finally going to retire and now they don’t all come from inside his home.

“I think motivations vary from person-to-person — there is no standard — but as long as I continue to train, I’ll continue to fight,” Rua told the organization’s website this week. “I’m a guy that peaked very early in my career — I was super-young — but I think that as long as I train well, compete well and feel very good about it, I will continue to compete.”

It certainly looked like the end was near as he dropped four of five fights from 2012 to 2014, but Rua stayed the course and won three straight before splitting his last two fights.

He will look to continue the upswing when he faces Craig, a late replacement for wild southpaw striker Sam Alvey.

“This kind of change of opponent with drastically different styles is always bad,” he said. “I was going to fight a southpaw who is pretty much a striker and now I’m going to face a right-handed guy that’s a grappler, so it’s a big difference, a big change and that’s never good.”

He knows there aren’t many opportunities left.

The bout is part of an event, headlined by a light heavyweight bout between Jan Błachowicz and Ronaldo ‘Jacare’ Souza, that will stream live on ESPN-Plus at 5 p.m. with the preliminary card streaming at 2.

It’s not clear if a fight between undefeated middleweight champion Israel Adesanya and light heavyweight champ Jon Jones will ever materialize.

What’s growing abundantly clear is that the buildup to any such matchup would be fun.

Jones said recently he has other matters to attend to in the cage, but would entertain the notion of allowing Adesanya the chance to move up to fight him in 2021 if he’s still unbeaten. Jones got in an additional shot about Adesanya’s love for Naruto, a Japanese anime character.

It was the latest verbal jab in an escalating war of words and one Adesanya didn’t allow to go unanswered very long.

“You have to understand the culture of the internet. And he doesn’t,” Adesanya said of Jones on ESPN. “He’s young (32) – he’s only, like, a year older than me – but he’s old. He’s like a suburban dad, which he is actually. So he doesn’t get it.”

Jones hinted he will next defend his belt against undefeated light heavyweight contender Dominick Reyes in “a few weeks.”

The fight is likely to headline a pay-per-view event in early February.

The event, which will take place on Jan. 25, was announced this week and has not been officially designated due to several possible schedule adjustments at the start of the new year.

Dos Santos had a three-fight winning streak snapped with a first-round knockout loss to Francis Ngannou in June.

Blaydes has won six of seven with the lone loss coming against Ngannou in 2018.

Former lightweight title contender Gilbert Melendez has been released from the UFC.

The 37-year-old former Bellator champion had lost five straight fights dating back to his last win over Diego Sanchez in 2013.

He is undecided on whether he will pursue further fighting opportunities.