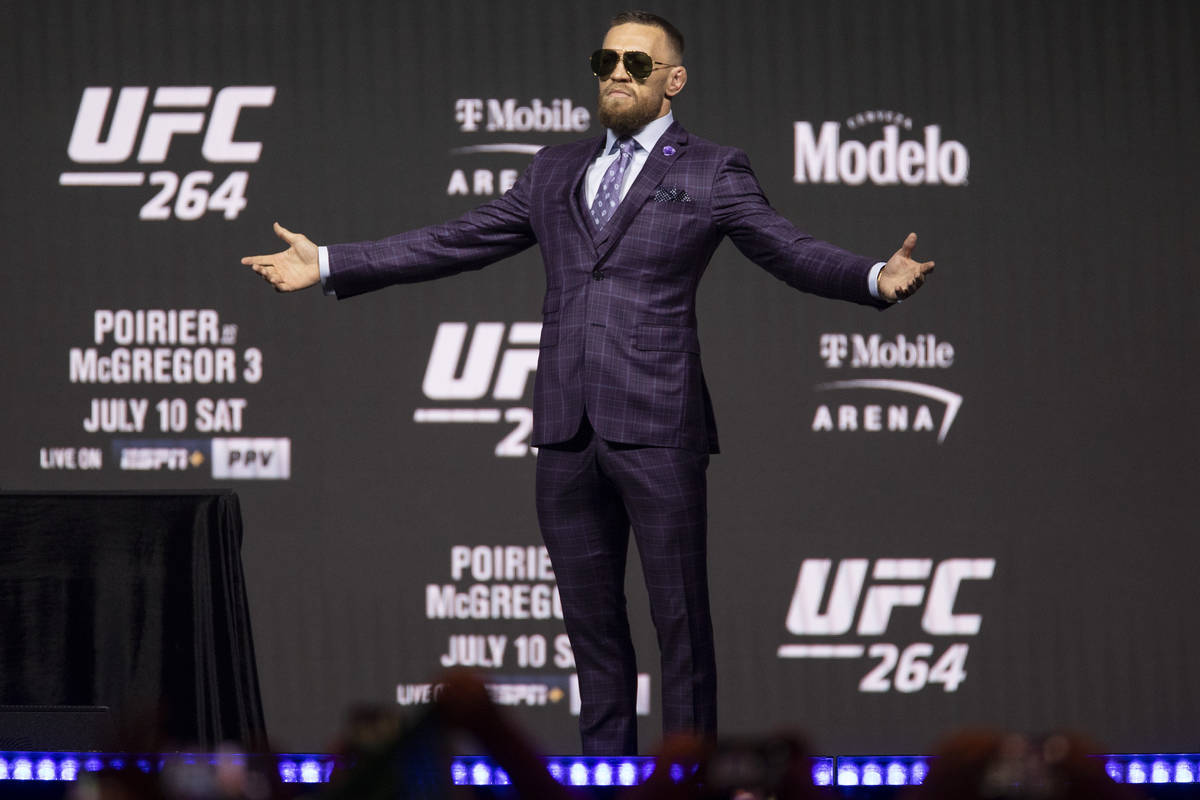 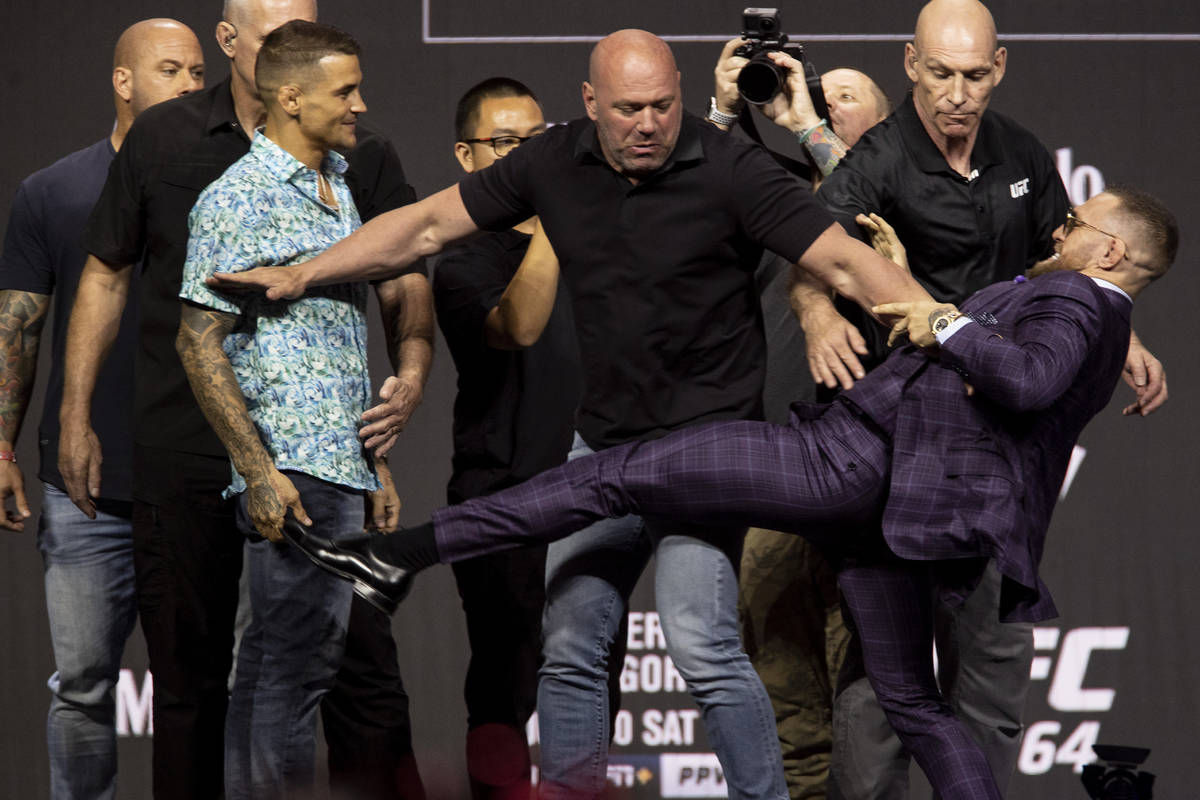 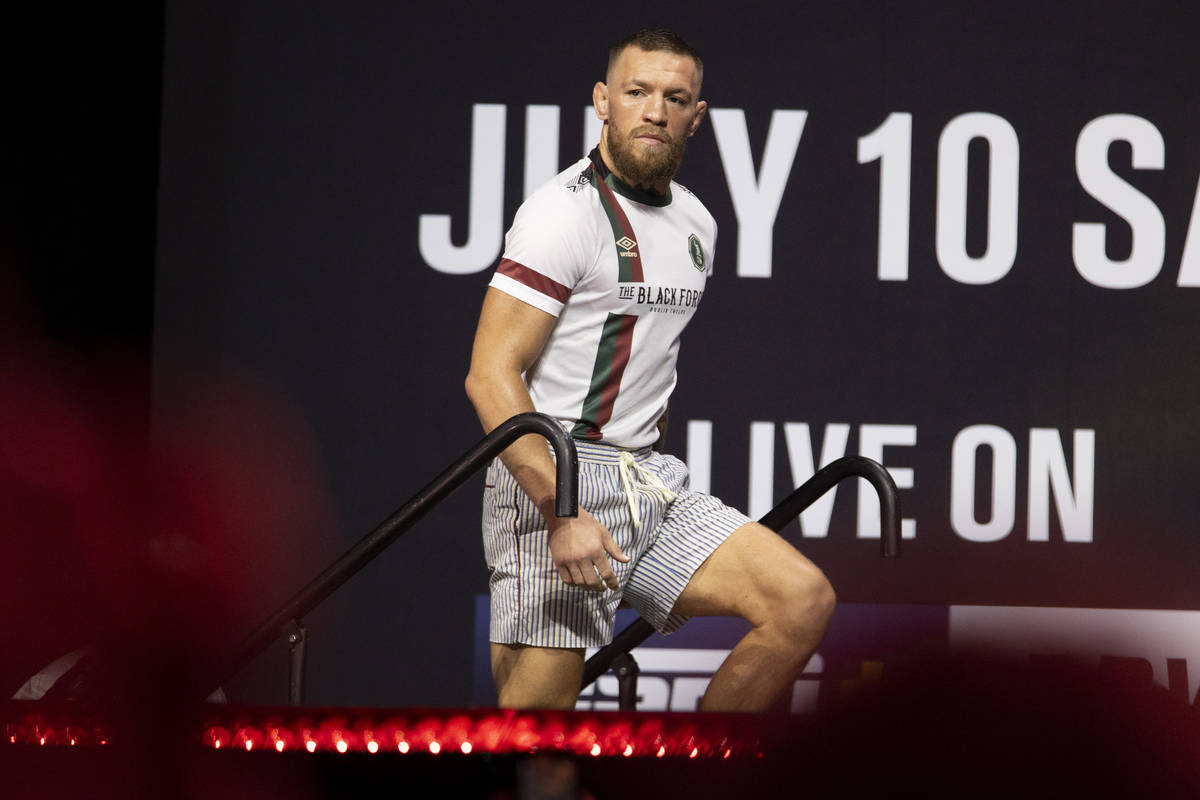 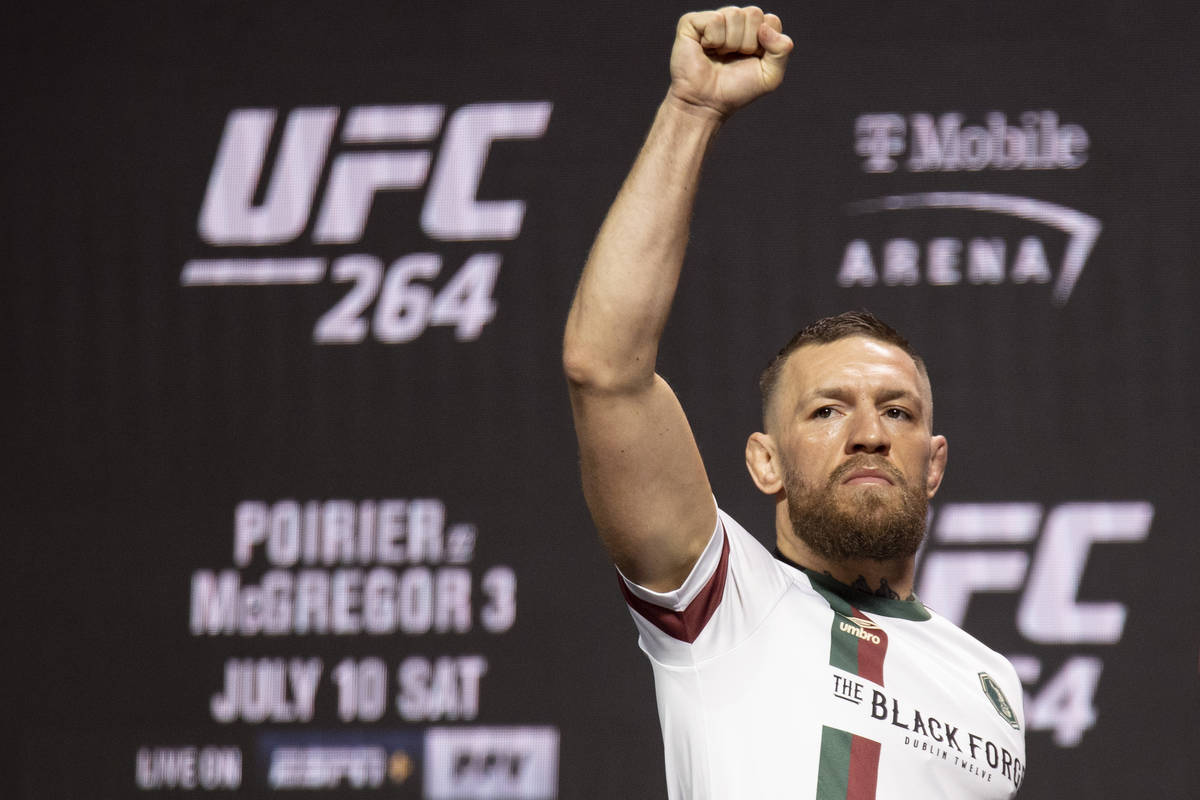 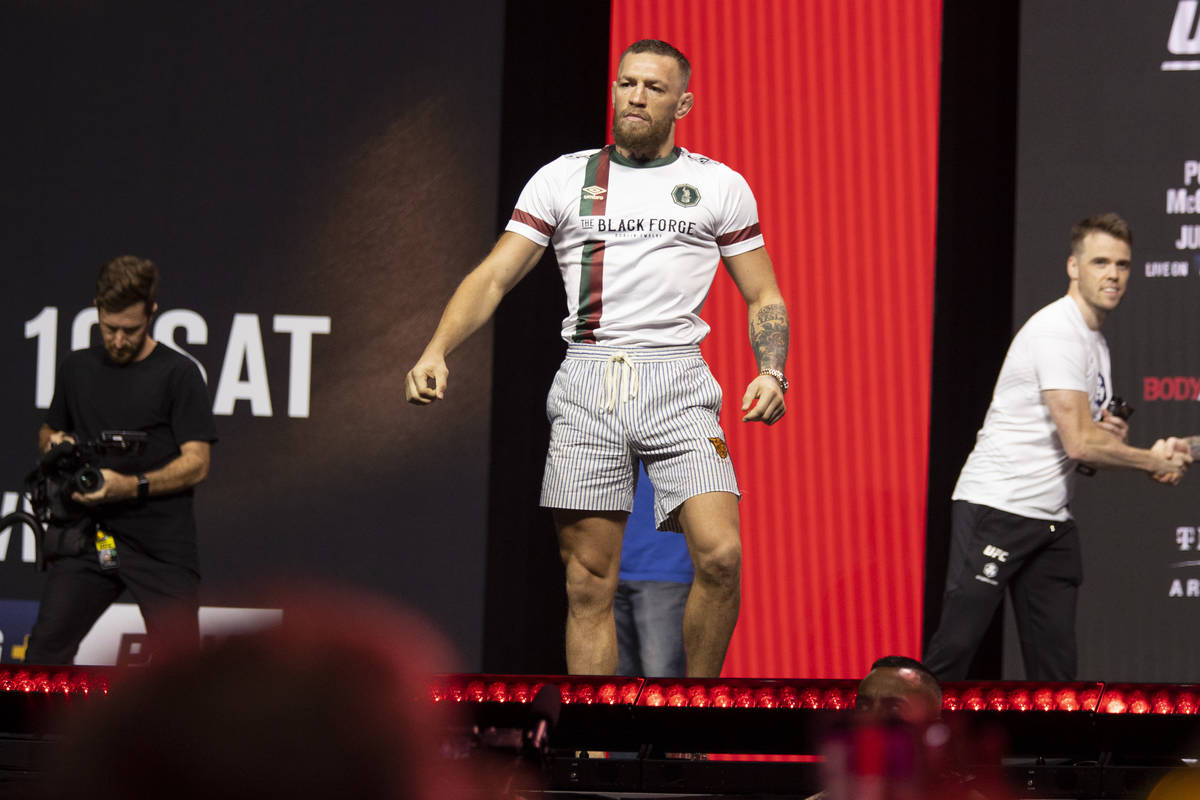 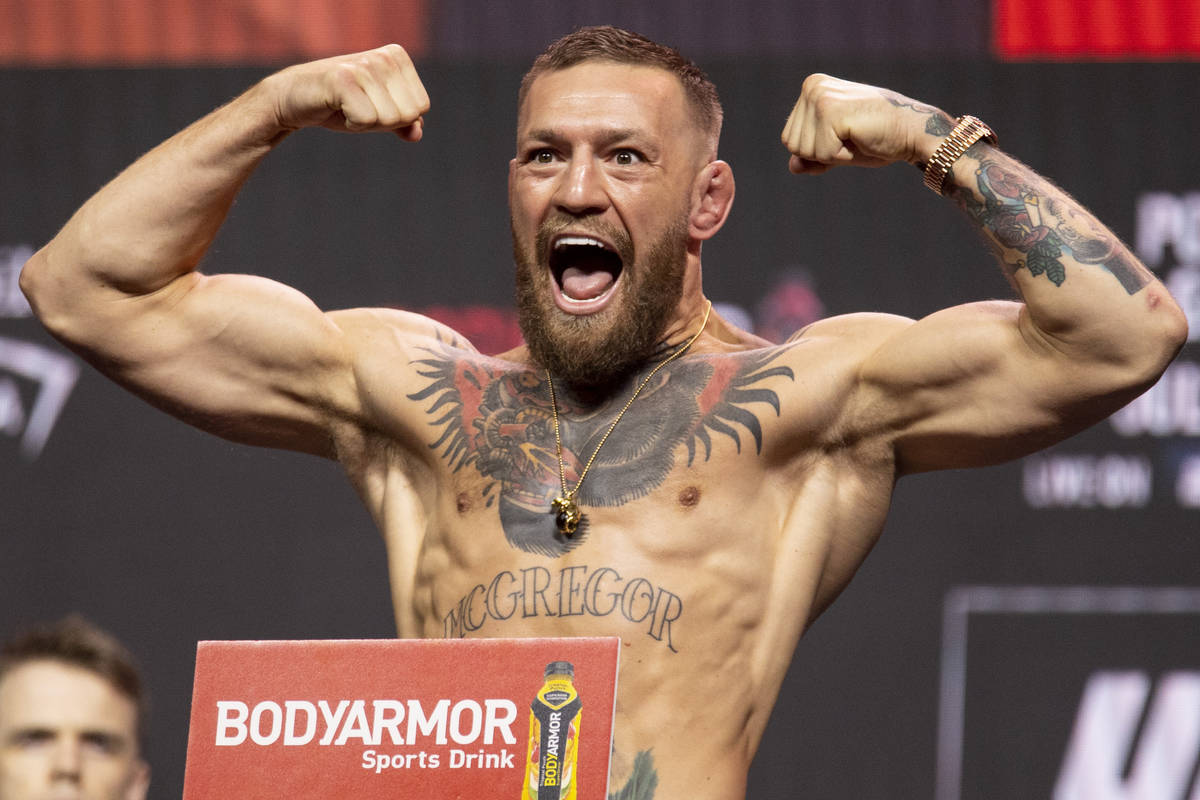 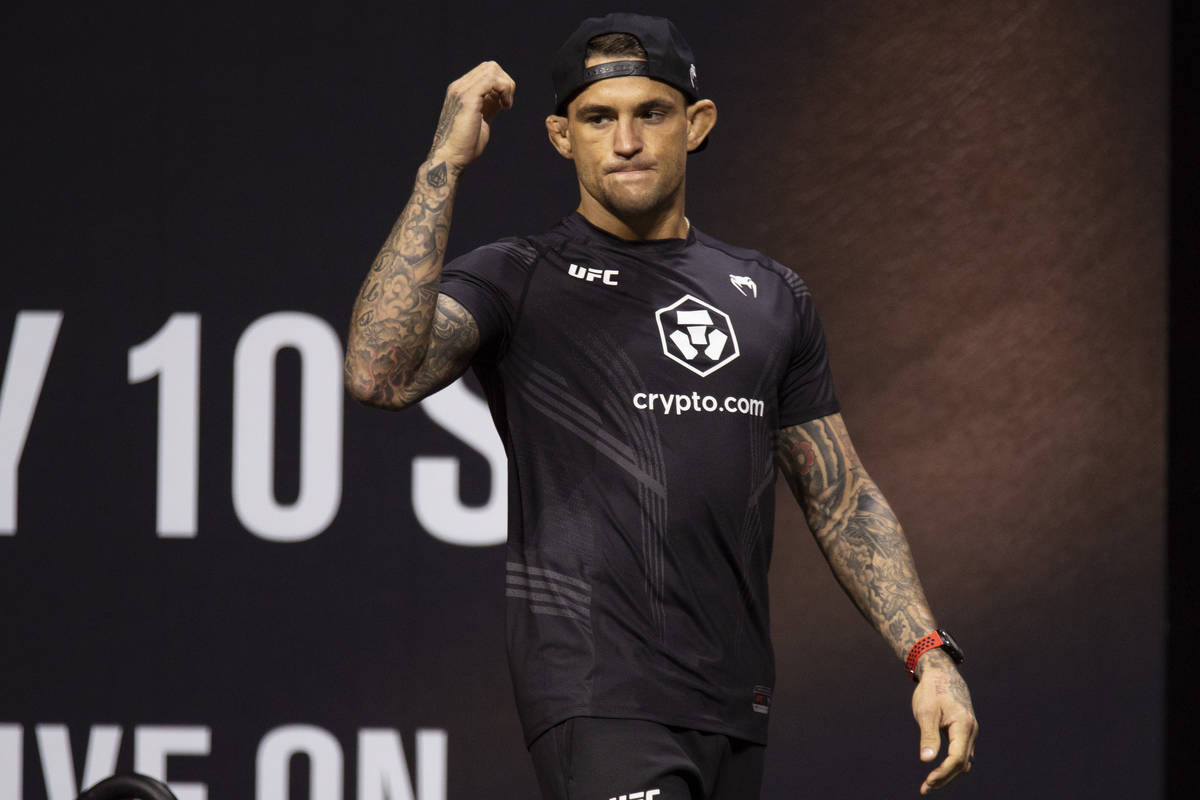 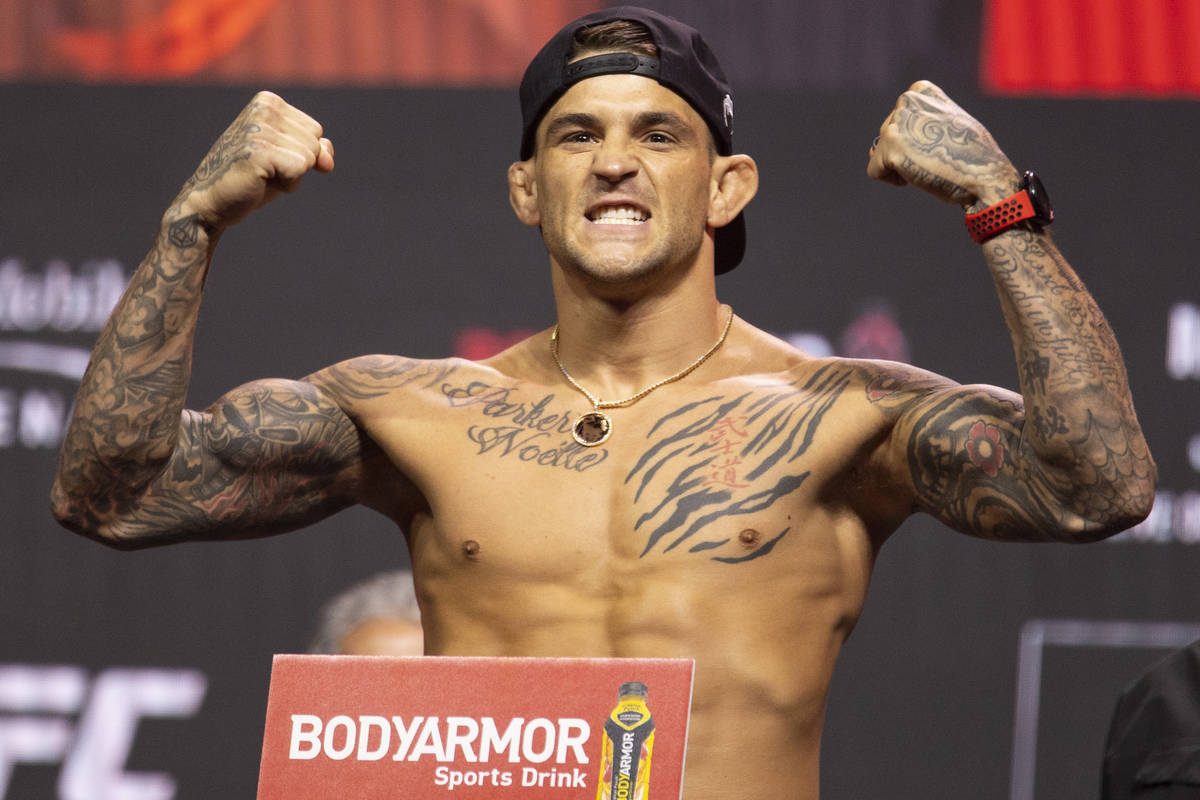 Conor McGregor was taunted by a man purporting to be a member of the media during Thursday’s news conference about the fact he has won just one fight in the last five years.

The tense exchange quickly devolved into insults as McGregor fired back with name-calling and appeared to ask the crowd to take physical action against the man.

Lost in the chaos was the original point: McGregor is 1-2 in the UFC since the start of 2017, a stretch that also includes an unsuccessful attempt at crossing over into boxing in which he was knocked out by Floyd Mayweather Jr.

Despite the lack of success, McGregor remains one of the biggest stars in sports and is the showcase for the UFC’s official return to full capacity shows in Las Vegas.

McGregor will meet Dustin Poirier in the third match of their trilogy at the main event of UFC 264 at T-Mobile Arena on Saturday night. There’s no indication that his drawing power has waned.

Former President Donald Trump is expected to attend, as well as Mel Gibson, Justin Bieber, Dave Chappelle, Kevin Durant, Odell Beckham and many other celebrities as the UFC hosts an event with fans in its hometown for the first time since March 2020.

UFC president Dana White admitted the weekend is special for him.

“It’s the most celebrities we’ve ever had, the most (pay-per-view) prebuys we’ve had. It’s awesome,” he said. “I love that we sold out T-Mobile, Garth (Brooks) sold out Allegiant (Stadium), you’ve got Joe Rogan and Chappelle selling out MGM Grand this weekend. You’ve got Bieber and Drake playing concerts, too. The list goes on and on of the people doing something this weekend that is sold out.

“I wouldn’t have it any other way.”

White has been at the forefront of trying to maintain business as usual throughout the pandemic. He started hosting events in empty venues last May at a time when most of the sports world was shut down and continued operations in Las Vegas over the last year. He then took pay-per-view cards to Florida, Texas and Arizona in the last few months as those jurisdictions allowed full capacity events.

But the return to full shows on the Strip is still a monumental moment for the Las Vegas-based company.

“It’s the hardest thing I ever did, but I was right,” White said. “I didn’t lay off one employee. I didn’t get rid of any of my people. And I honored every contract. Everybody got paid, and we’re continuing to expand.

”Our business has been on fire in every possible way a business could be on fire. The last year has been incredible.”

A McGregor card will make things better, though White thinks the former two-division champion needs to get back to his winning ways soon to maintain his status as the biggest draw in the sport.

“I think it’s why he’s taking this one so seriously,” White said. “He wants this bad.”

McGregor didn’t bring his family to Las Vegas for fight week, a decision he said was triggered by his desire to return to the savage nature he displayed before he was a husband and father. He also appears to be desperately grasping at reclaiming the mental edge he once owned over his opponents, including Poirier in their first meeting in 2014.

Poirier dismisses all of it as a lack of confidence from McGregor.

“I felt like I saw a guy who was unsure of himself, scared, trying to hype himself up,” Poirier said on ESPN of their uncomfortable news conference. “I feel like he has to work himself up to be that guy, and I am that guy. I don’t have to do that.

“I know who I am. I don’t have to be crazy. I knew he was going to be acting crazy. But to see him in the flesh, it just made me feel good because he is that little guy, not that guy he used to be, I feel – through my eyes, anyway.”

The talk is over. Poirier and McGregor will headline the 7 p.m. main card on pay-per-view with nearly 20,000 people there to witness the action in person.